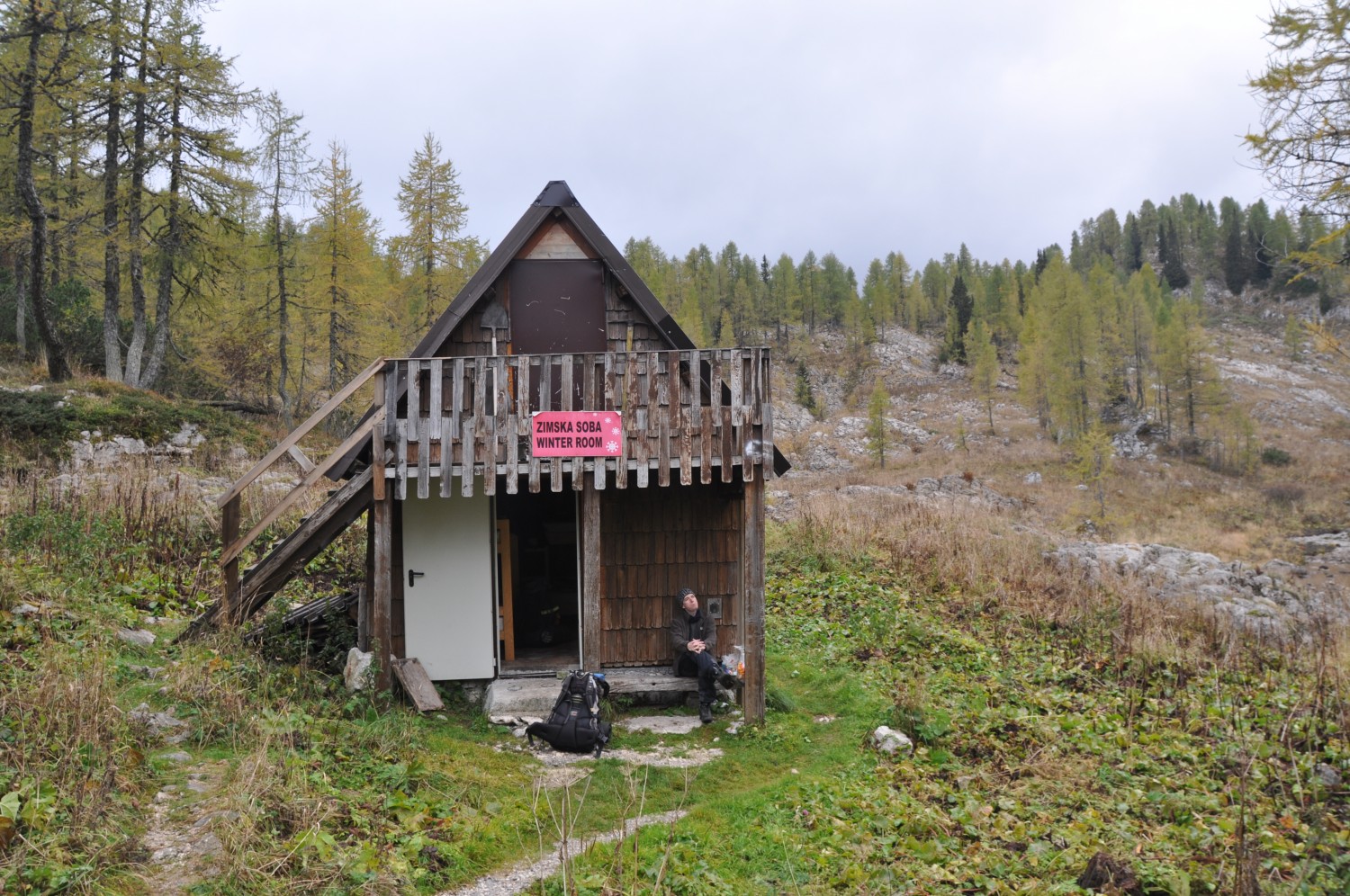 When I got up on Saturday in Ljubljana it was raining quite a lot. So I did not know whether I would be able to make it to the Bohinj Jezero (Bohinj lake). From there I wanted to start hiking in the Triglav National Park with the purpose of climbing the Triglav, the highest mountain of Slovenia. By the time I got to the highway the rain had luckily stopped and I got picked up almost immediately. With three rides I got to Bohinj Bistrica and did bought some extra food for the next days. I think my backpack was weighing around 25 kg at that moment. From there I hitchhiked with two cars to a small place, called Ukanc, at the end of the lake and I could start my journey.

I started hiking around 1 pm along the same route I followed when we were in the park with the scouts in July. On this route there is a steep ascent of almost 700 height meters. The combination of my heavy backpack, the steep climb and the cold humid weather made me sweat a lot, which in turn caused my glasses to get foggy. Not an ideal situation. But I got to the Črno Jezero, the Black Lake, at the top of the climb anyway and hiked 2 hours further to the Koča pri Triglavskih jezerih mountain hut. I arrived there around 6.30 pm just before it got dark. We stayed there with the scouts as well and it is located at the beginning of the valley of seven lakes.

However, as predicted by the tourist information, it was already closed for the winter. Luckily a winter room was available which had around 12 beds. With blankets! I thought I would be alone and started to unpack my stuff everywhere. Mainly because some of my stuff was wet from the rain. I made myself a hot dinner and ate it outside, when suddenly I saw a flashlight appearing from a little hut some 10 meters away. A Czech guy named Adam appeared. He had arrived a little before me and planned to sleep on a little terrace outside. But due to the rain he eventually decided to sleep in the winter room as well. We talked for a while and went to sleep around 8.30 pm, hoping the weather would be better the next day.