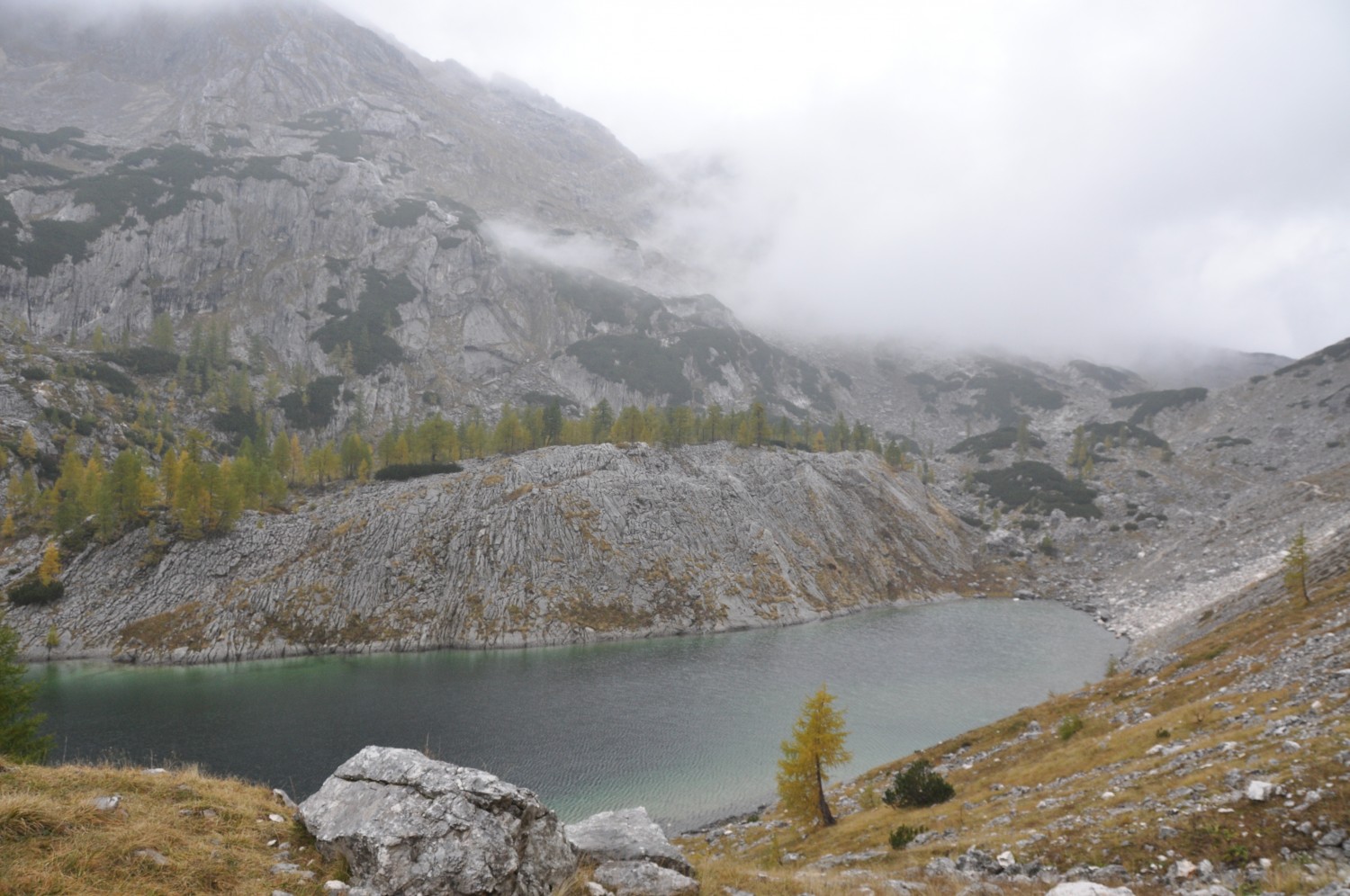 The second day, Adam and I got up around 7 am. The weather looked OK at first, cloudy but dry. But as soon as we started walking after our breakfast, it was obvious that it actually wasn't. It rained the whole day through and although Adam could walk faster, because my backpack was heavier and I again had trouble with my glasses, we decided it was better to stay together. It was safer, because sometimes it was not that easy to see where we should go. And we at least had company in this horrible weather.

As the day progresses, my pants, shoes and backpack got more and more wet. Making them even heavier... Luckily, I was wearing my thermal underwear which kept me warm, as long as I was moving.

One of the seven lakes: 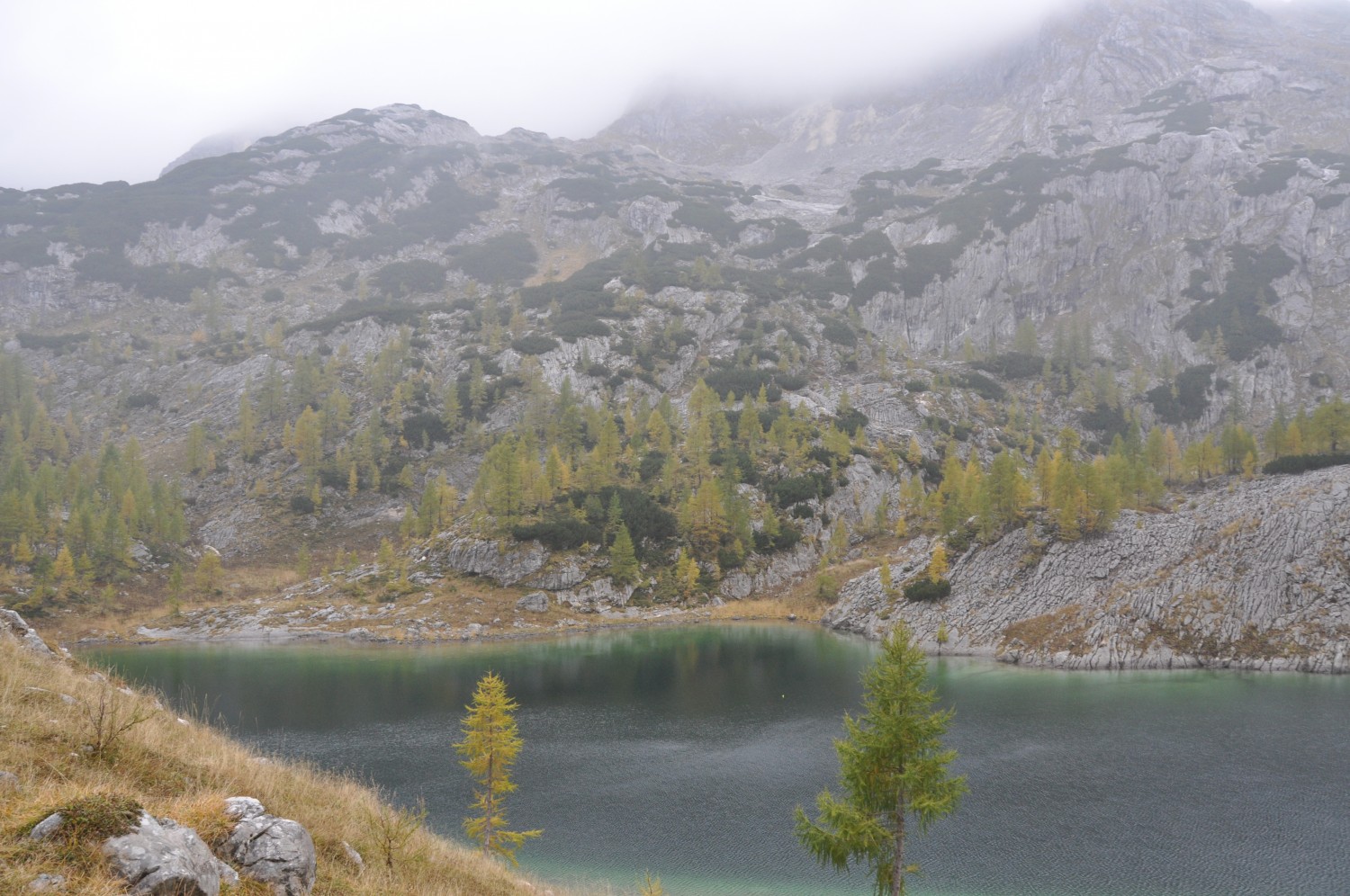 At the Dolic hut, at 2151 m, Adam decided to head back down because he needed to go to university the next day. I decided to go on up and so we parted ways. There I finally decided to take my glasses off, because they were of no use, and use my contact lenses. Fun fact: they are apparently a Czech invention! Hiking further up, I arrived at mountain hut Dom Planika, at 2401 m. From there it was only 1h30 to the summit, but it was very windy and I was soaking wet. Dom Planika was also closed and had no winter hut, so I had no choice to hike further to the last hut before the top, Dom na Kredarici, which was still 1 hour away. 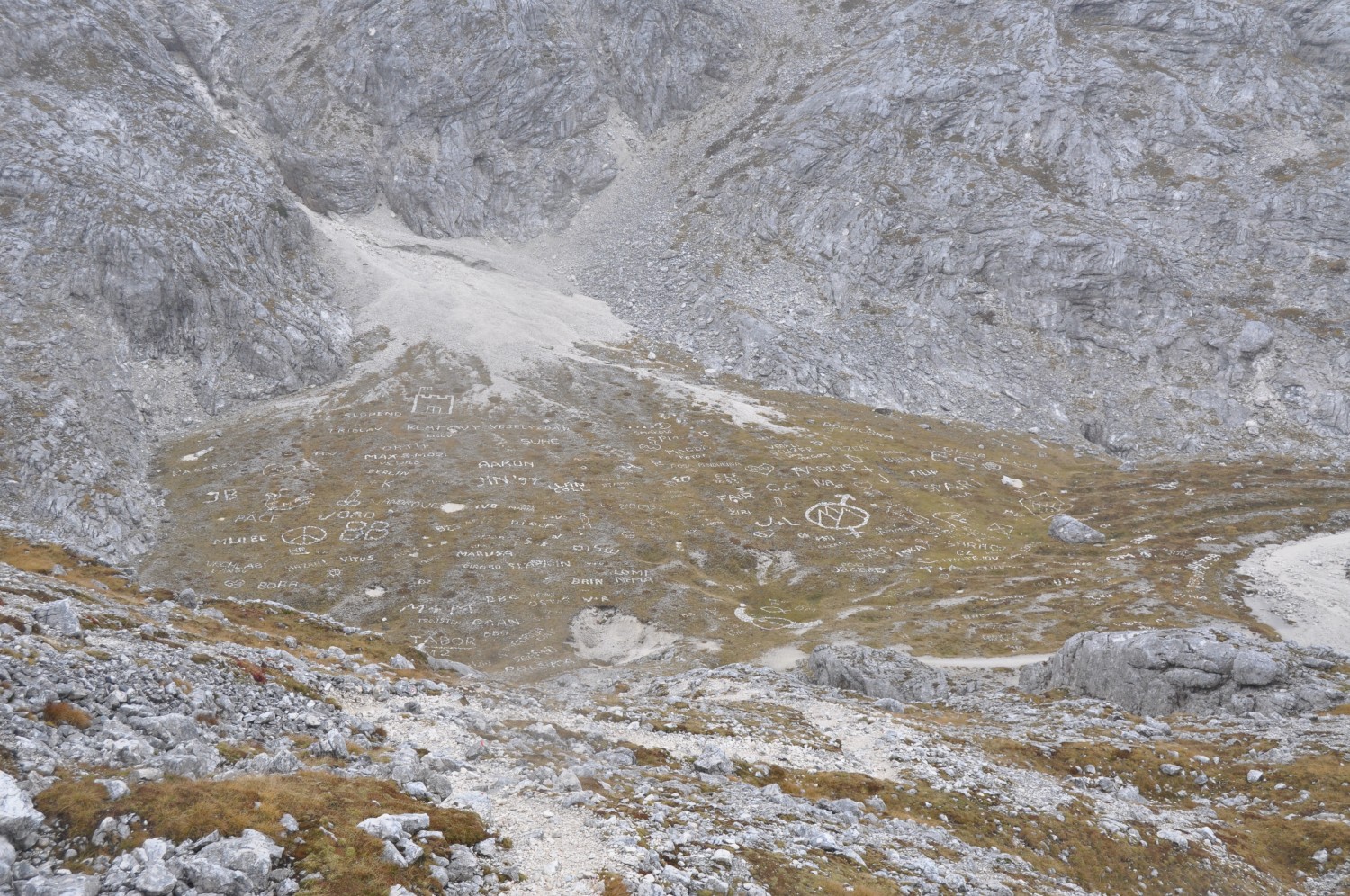 At 1.30 pm I arrived completely soaked at Dom na Kredarici, at 2515 m. Upon arrival I got a welcoming hot tea and a shot of rum from the sturdy innkeeper. I took my wet clothes of and unpacked most of my backpack in the almost empty hut to start drying everything. A few hours later a thunderstorm started a bit further, causing it to rain even more, which later turned into snow! It looked beautiful, but it wasn't good news for the day after, when I wanted to go up the Triglav!

Lightning over the helipad: 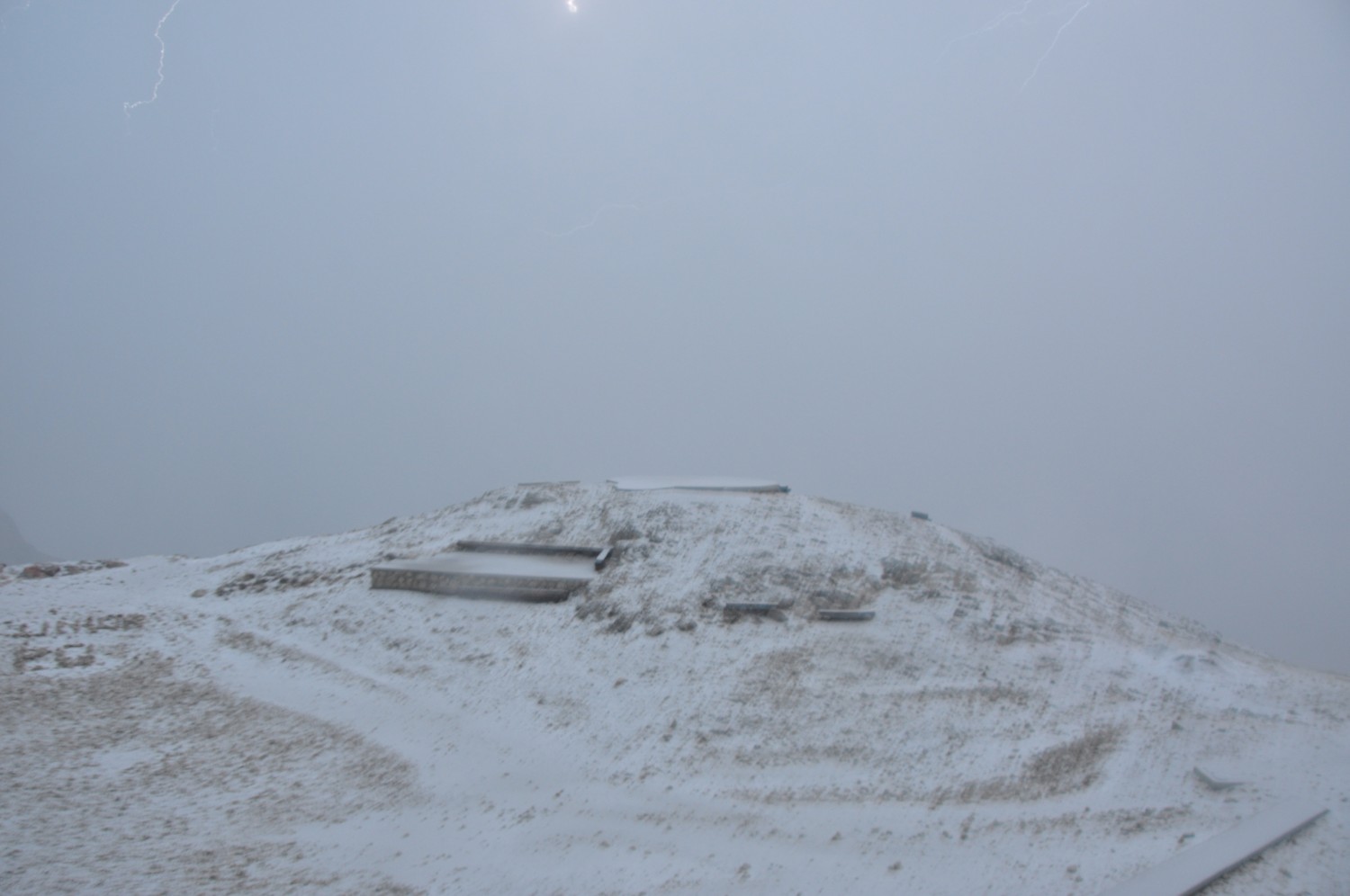