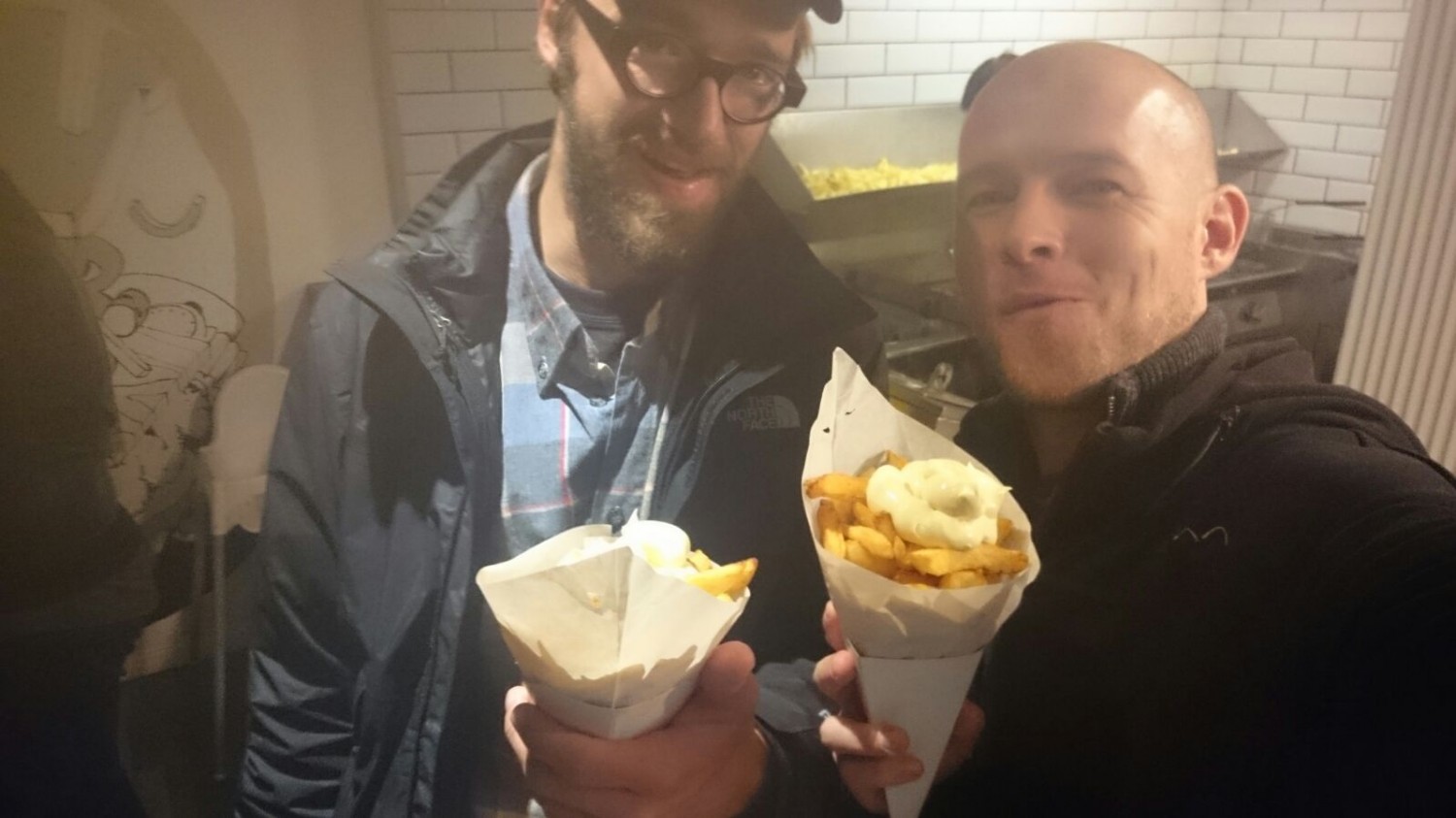 After the five days of Budapest, I planned to go to Bratislava to meet my cousin who lives in Slovakia. From there we would take the train to Rakol'uby, a small village with a few hundred inhabitants.

I left Budapest around 3pm and again followed the hitchwiki.org instructions to get to a petrol station on the highway towards Bratislava. It took me quite a long time to get there, and once I arrived I found out that an accident had occurred just after the station. This resulted in some chaos on the road and only a few people stopping at the petrol station. Combine this with the gloomy weather and it could explain why no one picked me up...

So I called my cousin I wouldn't make it. However, there was apparently still a train 1 hour and 30 minutes later to Bratislava, costing €15. So I rushed back to the city and I got to the train station 15 minutes before the train left. Unfortunately the international ticket office was packed I it was clear it would take (a lot more) than 15 minutes to get to the cashiers desk.

Because I promised my cousin I would get to Bratislava that evening, I took a shot in the dark and went to the train itself and tried to ask the Czech (!) conductor if there was a possibility to buy a ticket on the train. He spoke no English, I didn't speak Czech, but I made myself clear with hand signals I didn't have a ticket. He, on the other hand, signaled me to get on the train. So I did, but I was not sure about the situation though...

I found a cabin with two other young guys and sat down, nervous at first, but I calmed down after 5 minutes. However, after 30 minutes two Hungarian (!) conductors came. I knew this was not good! I said I had no ticked and I wanted to buy one from them. No problem, except that the ticket, costing €9, was only valid to the Hungarian-Slovakian border, an extra fee of €30 needed to be paid, and this could only be done cash. Oops... If I had known about the extra fee, I definitely would not have gone on the train. And I also had €10 and 1000 HUF (~€3).

After some discussion, they agreed that I would just give them all my money. And they promised I could pay the Slovakian part of the ticket using a bankcard. I had a feeling this wasn't over yet. So, an hour later, after the passport control when crossing the border, the Slovakian conductor came along. The ticket cost a bit over €8, without any extra fee. Great! Except... she was not online. So paying by card was not possible. Oops again! She had no idea what to do with me, and started mumbling in Slovakian that this was the last train. So she wouldn't throw me out! After 10 minutes she came back, mumbling again. Concluding that I would continue as a fare dodger (nl: zwartrijder).

Wow, thanks to some luck and friendly conductors I got to Bratislava and paid a little less than the official ticket price. Being a helpless traveler can be an advantage, but I could as well have been kicked out of the train. So, I will remember to either buy a ticket in advance or take enough cash next time.

There was no time left to take the train to Rakol'uby, so we stayed the night at my cousin's apartment instead. But before we could go to sleep the roommate offered us a shot of Borovicka. So the desired pause from drinking after the Budapest weekend was not happening yet :). 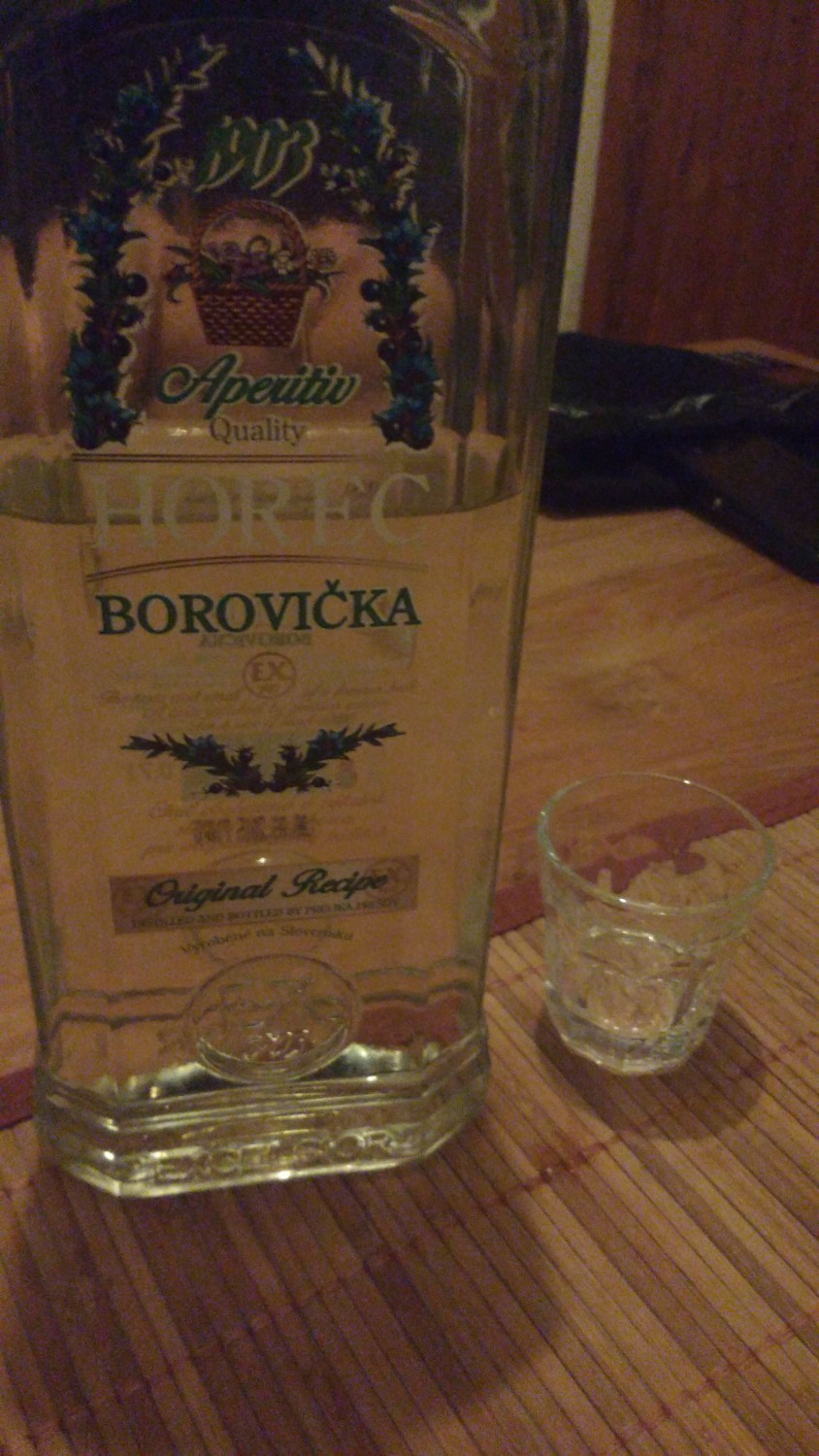