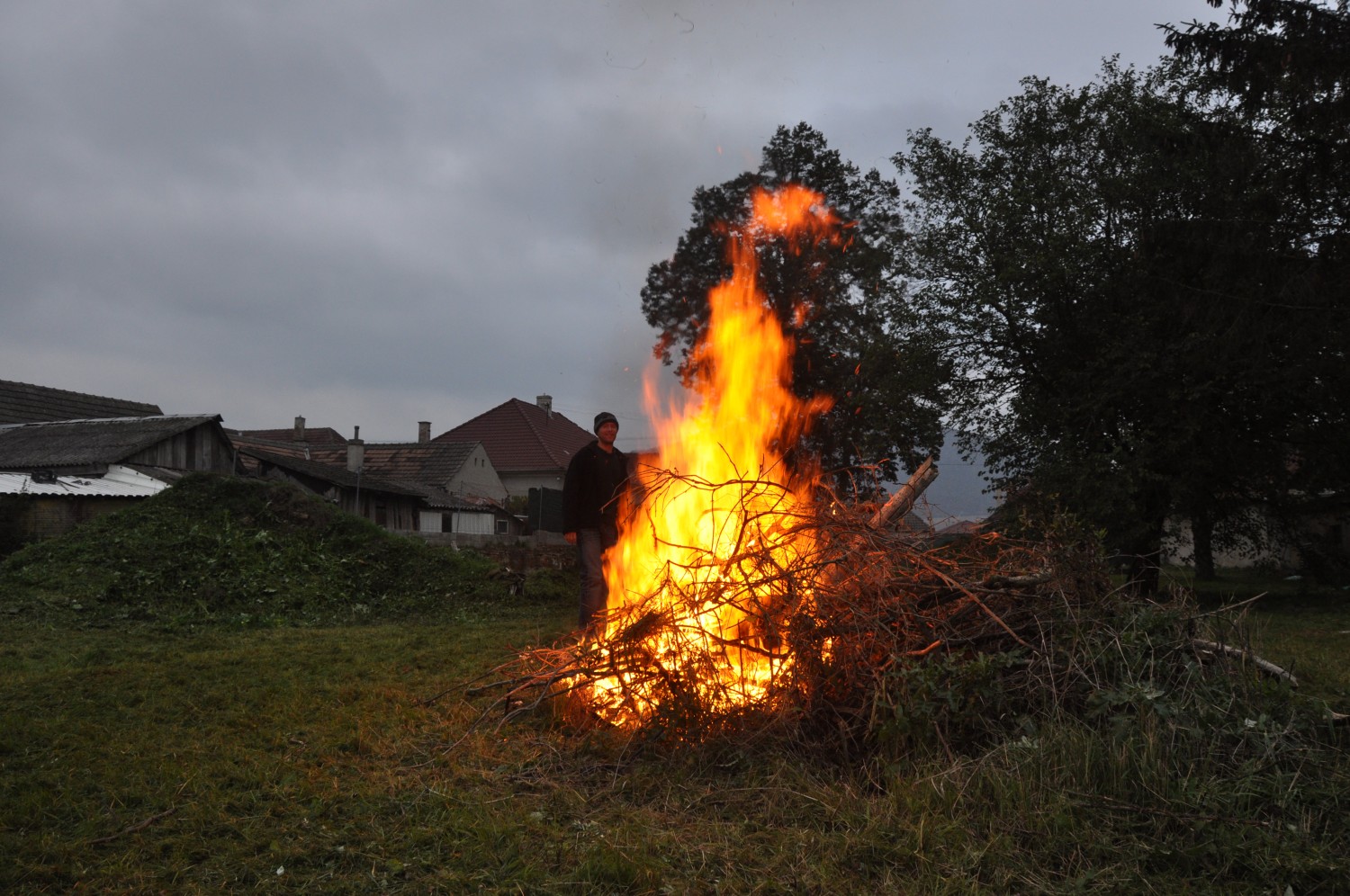 The day after I arrived at my cousin's apartment in Bratislava we took the early morning train going to Nové Mesto. That particular train had a restaurant car which gave us the chance to have a nice breakfast to get the day started. Soon after arriving at the nice house in the village we drove to a small village somewhat further. As a little "work-and-travel" experience, I helped my cousin collecting nuts. A large part of which I later got back as provisions for the road, together with a liter (!) of Slivovitsa. This is a brandy made from fruits (mostly plums) and resembles Palinka, from Hungary and Rakia in general. For the Slivovitsa I got, Manu and Lucia had gathered the plums themselves.

Later that day my cousin and I had a nice hike in the hills which lay around Rakol'uby. In the evening we went back to the place we gathered the nuts and made a nice big campfire!

The next morning I slept in a little bit and had breakfast with Manu's mother in law. From her I received nuts, bread and quite a few rolls. So, with a very full backpack I hit the road again. Until Rakol'uby, I had mostly stayed with friends and family, making the trip quite comfortable and, I must admit, quite cheap. But from here on out I didn't know people on my way anymore. And I would also start going to countries I had not gone before. For me this was kind of a second start, which was very exciting.

The plan was to hitchhike to somewhere in Hungary, I had no idea where yet...

Thank you so much for the bed, the food and, most of all, the company!