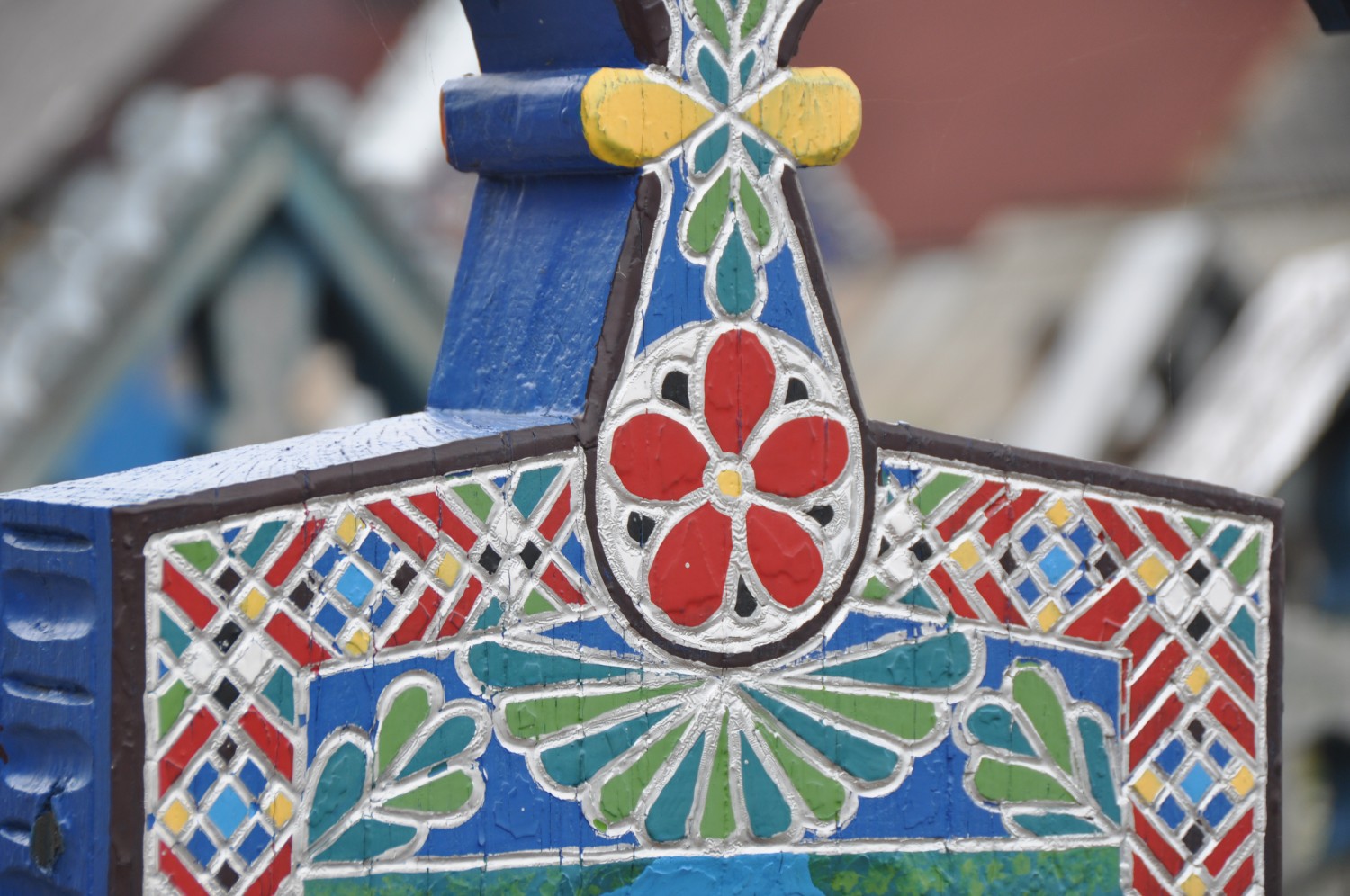 The Maramures region is characterized by wood: houses made of wood, wooden gates of several hundred years old, wooden churches from the fourteenth century and wooden headstones.

I got to the little village of Săpânța, where only a few thousand people are living, of who only one (actively) used Couchsurfing! Great! However, the woman was in Portugal, but I could stay at her parents house anyway. Her mother and I did not have any common language, except for the universal hand-signing-language, but I had a good time anyway!

A wooden gate in Săpânța 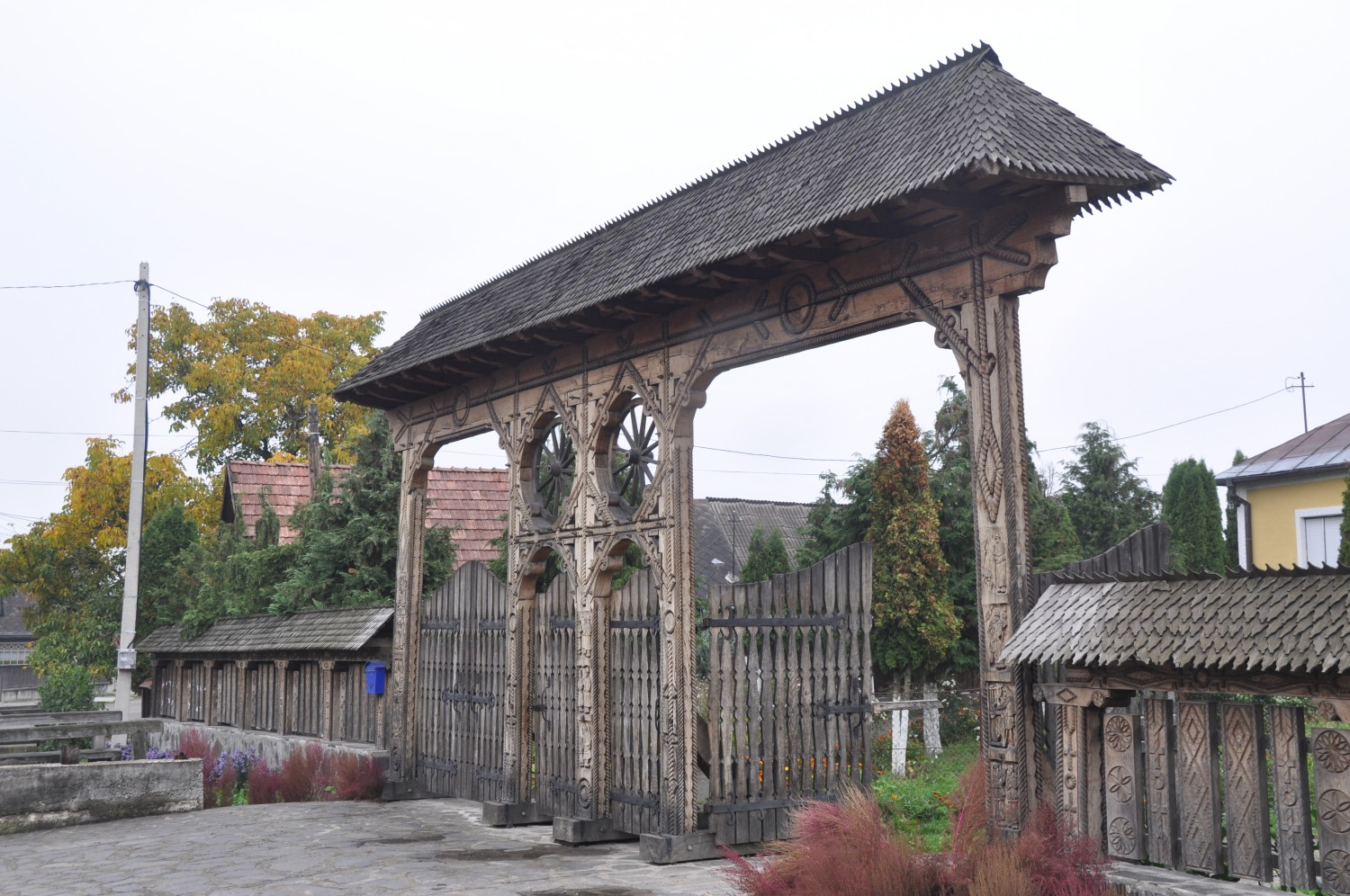 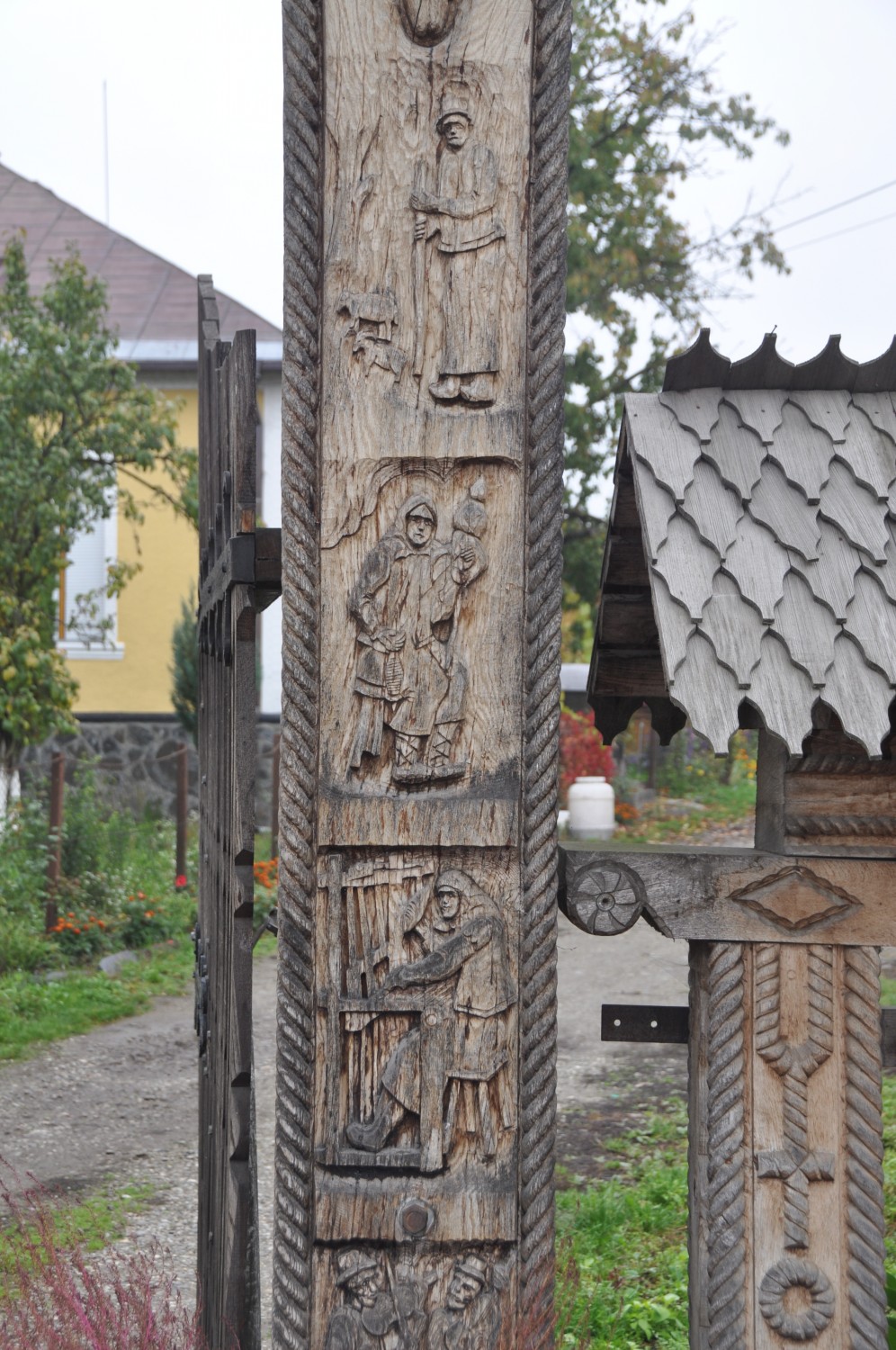 In the little village, there is a small cemetery which is called the Merry Cemetery or Happy Cemetery. It got this name because it celebrates the deceased person's life. All the wooden tombstones have a main blue color and colorful decorations. They contain a colorful drawing of a moment in the person's life and an accompanying humorous poem. 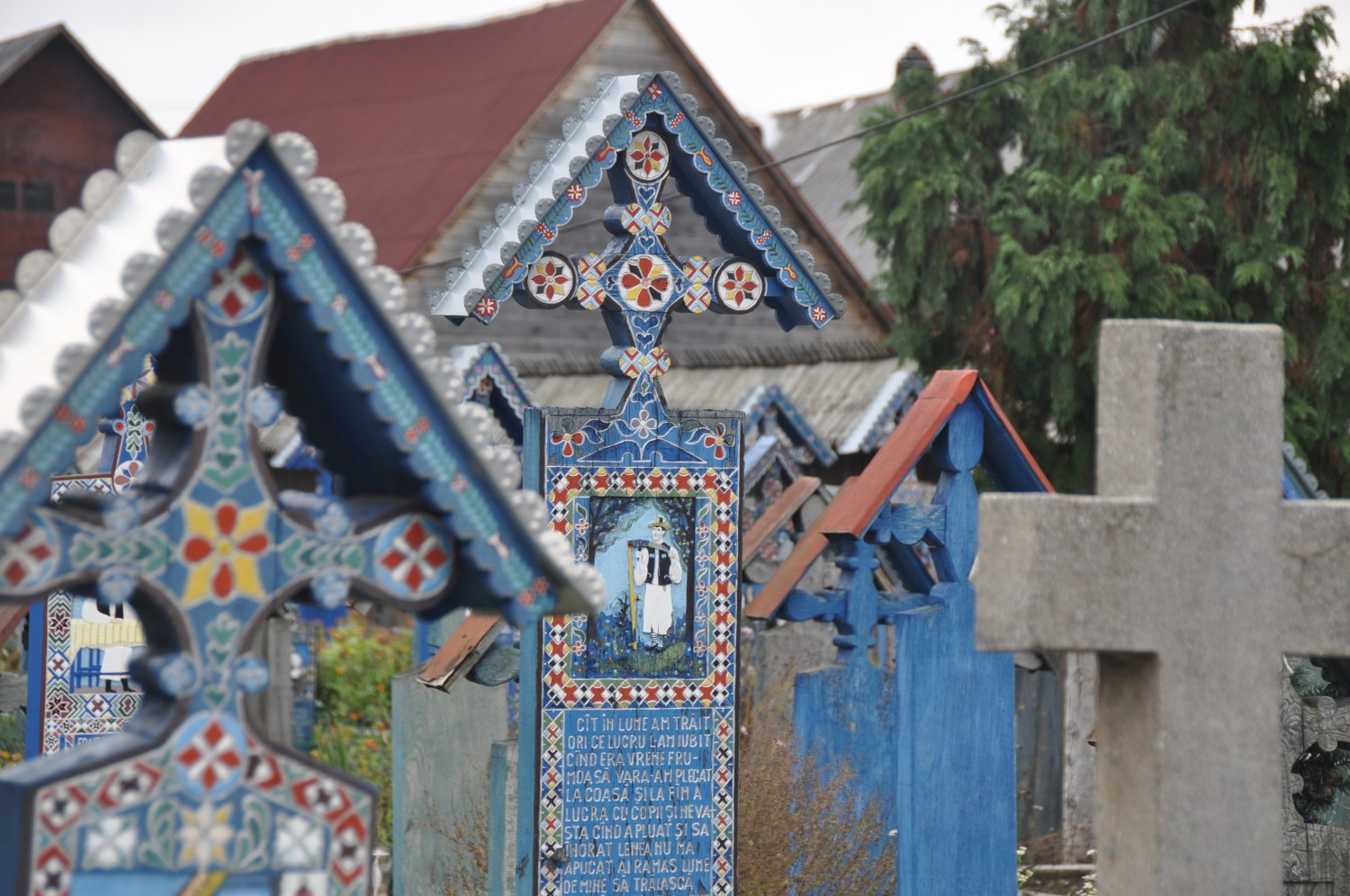 When I was walking around in Săpânța, I got stopped by two lumberjacks that just came back from the woods. They started asking some questions and one of them told me to take a picture of his brother, a traditional Romanian lumberjack. 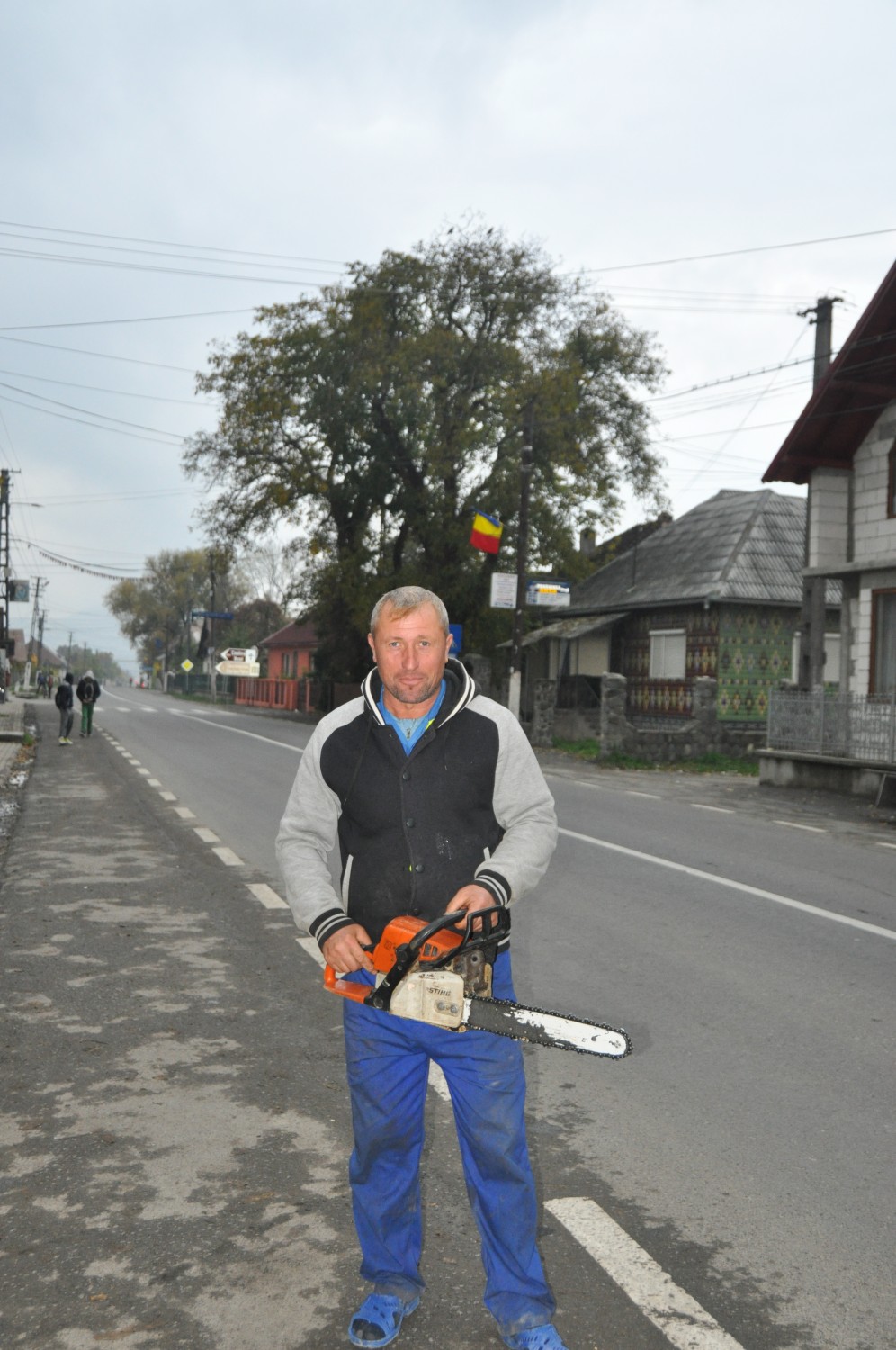