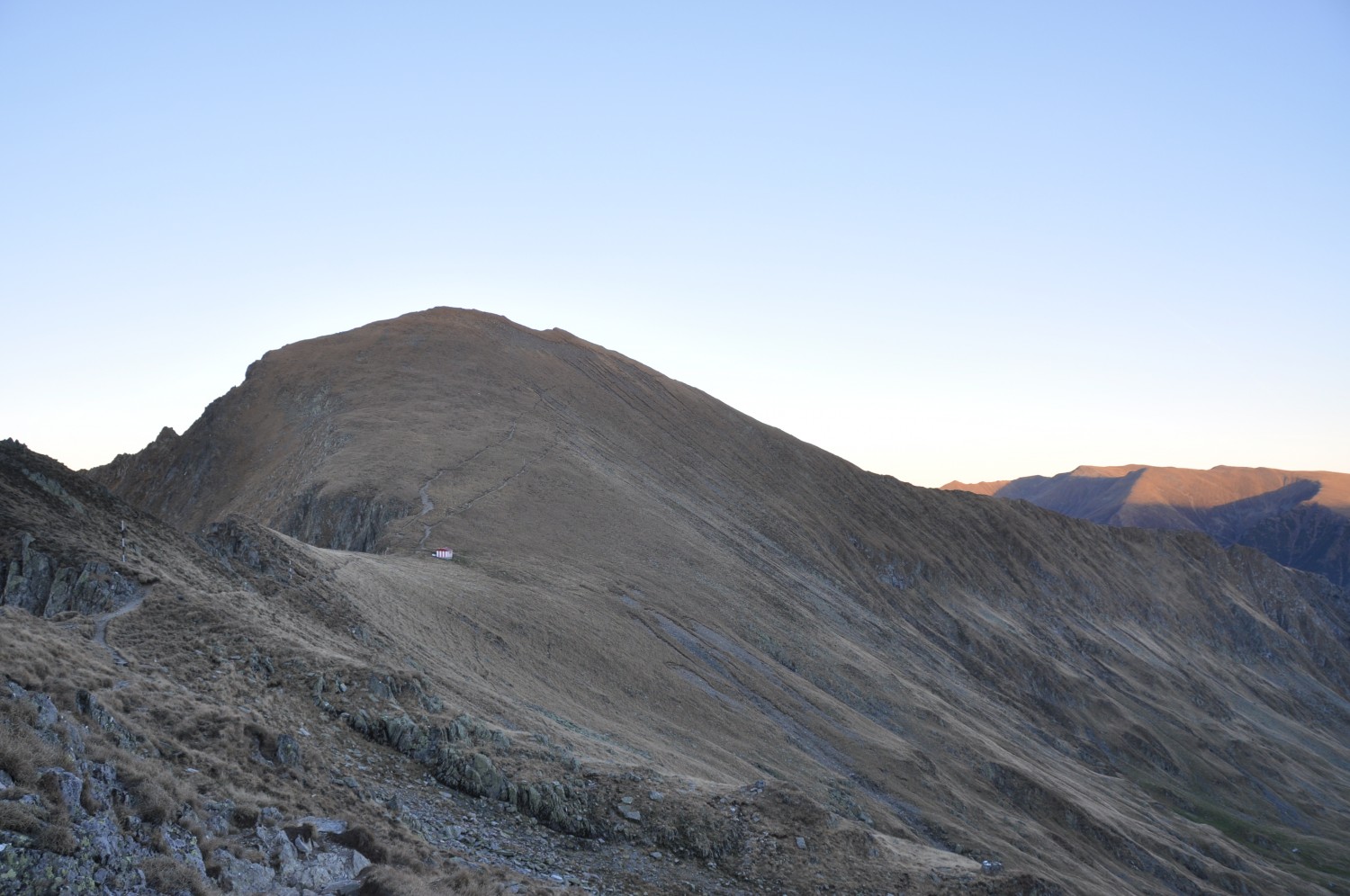 After visiting some cities I thought about hiking the highest mountain of Romania: the Moldoveanu in the Făgăraș mountain range. At 2544 meter, it was a bit lower than the Triglav in Slovenia. However, I doubted a little bit because it had become colder already and maybe the weather was not ideal at the top.

Luckily two climbers, coincidentally from Belgium, arrived at the hostel in Brașov I was staying at. They just came down from the mountains and assured me that the conditions were perfect. A bit cold but sunny. On the northern flank a there was also a little bit of ice and snow. Perfect! I cancelled my hostel reservation for the next night and left some of my luggage in the garage of the hostel. I bought some left over mountain food (dry fruit, energy bars, high calorie meals, ...) from the Belgians, discussed the best route to take and prepared everything to go the next day.

I planned on hiking for three days, which would give me enough time in the mountains to hike at a pleasant pace. So I would be back at the hostel on Thursday. On Friday I could then leave Brașov just before all the people came to celebrate Halloween. All hostels were completely full during the weekend because of a party at the Bran castle, better known as Dracula's castle!

I woke up early on Tuesday and hitchhiked to Ucea de Jos, a small village along the way connecting Brasov and Sibiu. From there it was still 10 km to the foot of the mountains so I tried to find a ride to Victoria. One of the first cars stopped and I said "fara bani" or "without money". He had some doubt for one second before he let me in, together with two older women. I did not have to pay, the others did. Magic words, and friendly Romanians, of course.

The way up began from there. A relatively easy part came first. I walked until 2.30 pm through the forest and in the sun, until I arrived at the first unmanned mountain hut. I had slowly climbed up to 1750 m. But I still had enough energy to continue. There was supposed to be another hut just below the summit, at 2400 m.

The second part was a bit tougher though. The ascent was a lot steeper. It started getting colder. And because I was walking on the northern flank I had to walk on snow. But the view was amazing. 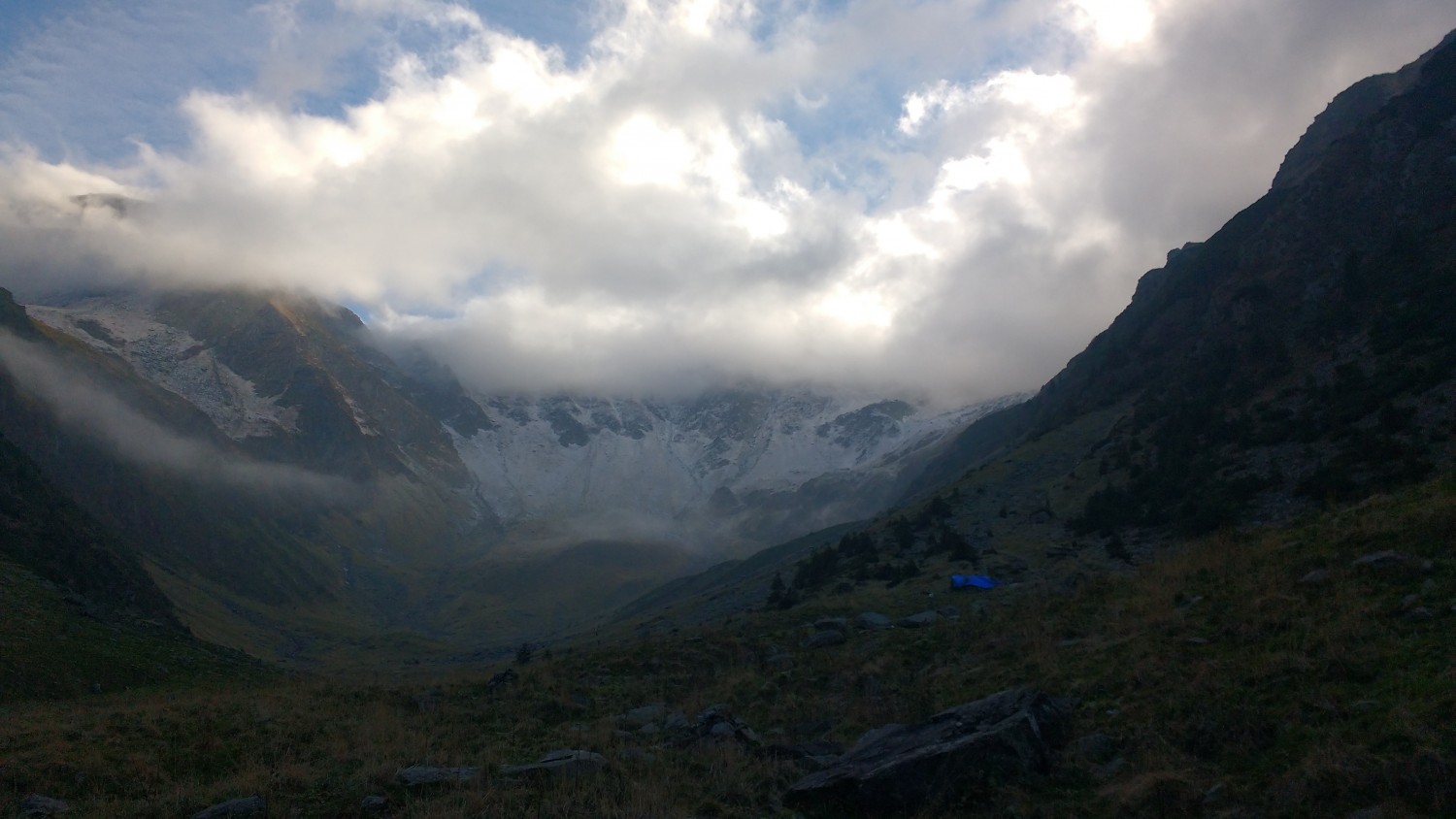 Around 4.30 pm I arrived at the mountain hut and by my surprise, I was not alone. I met Voytek (Polish), and Christian (German), who had decided to walk from Germany to Istanbul and hike across the highest mountain range of Romania. Crazy guys. We shared food and stories and enjoyed the full moon shining on the Moldoveanu. 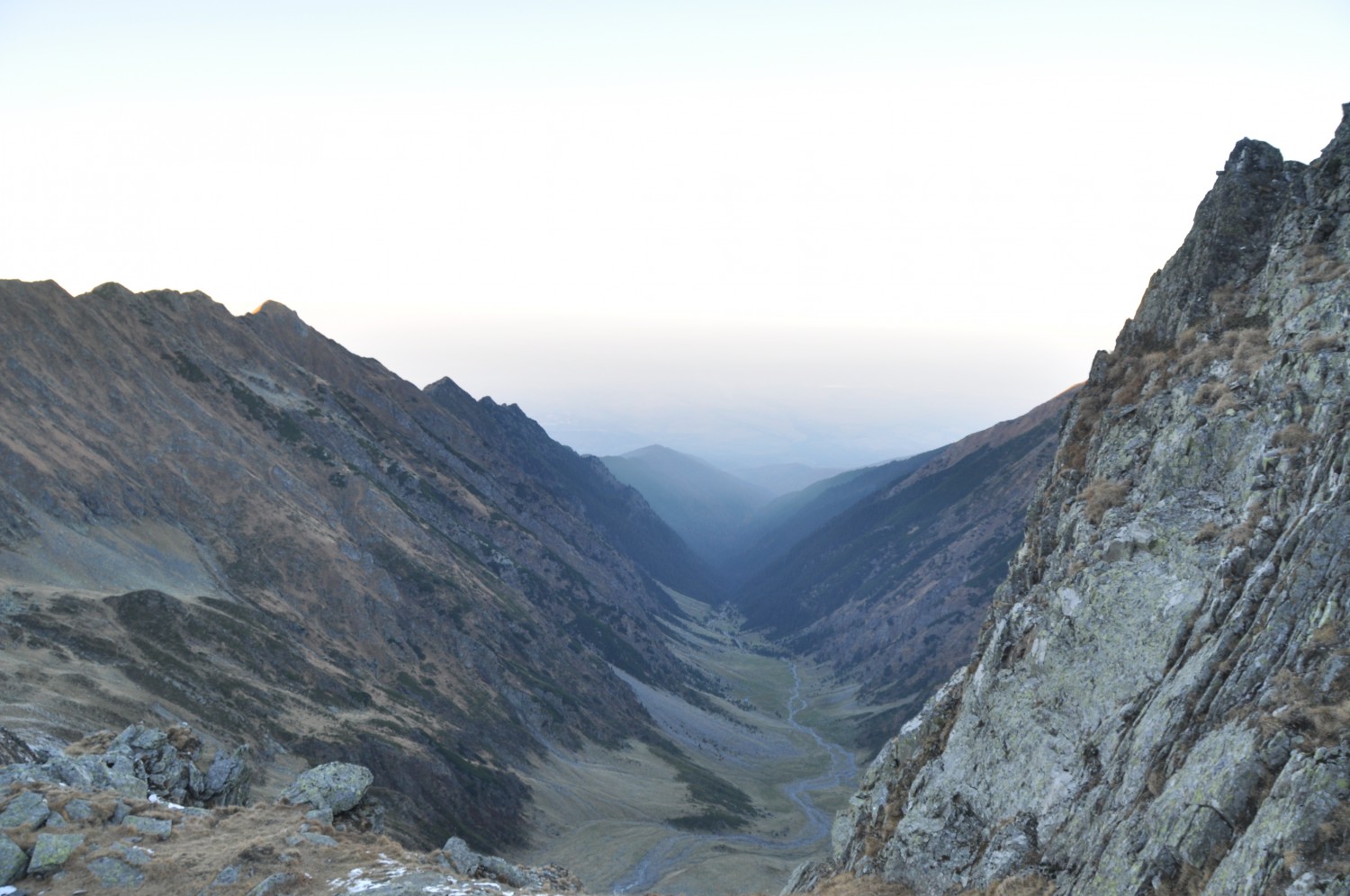 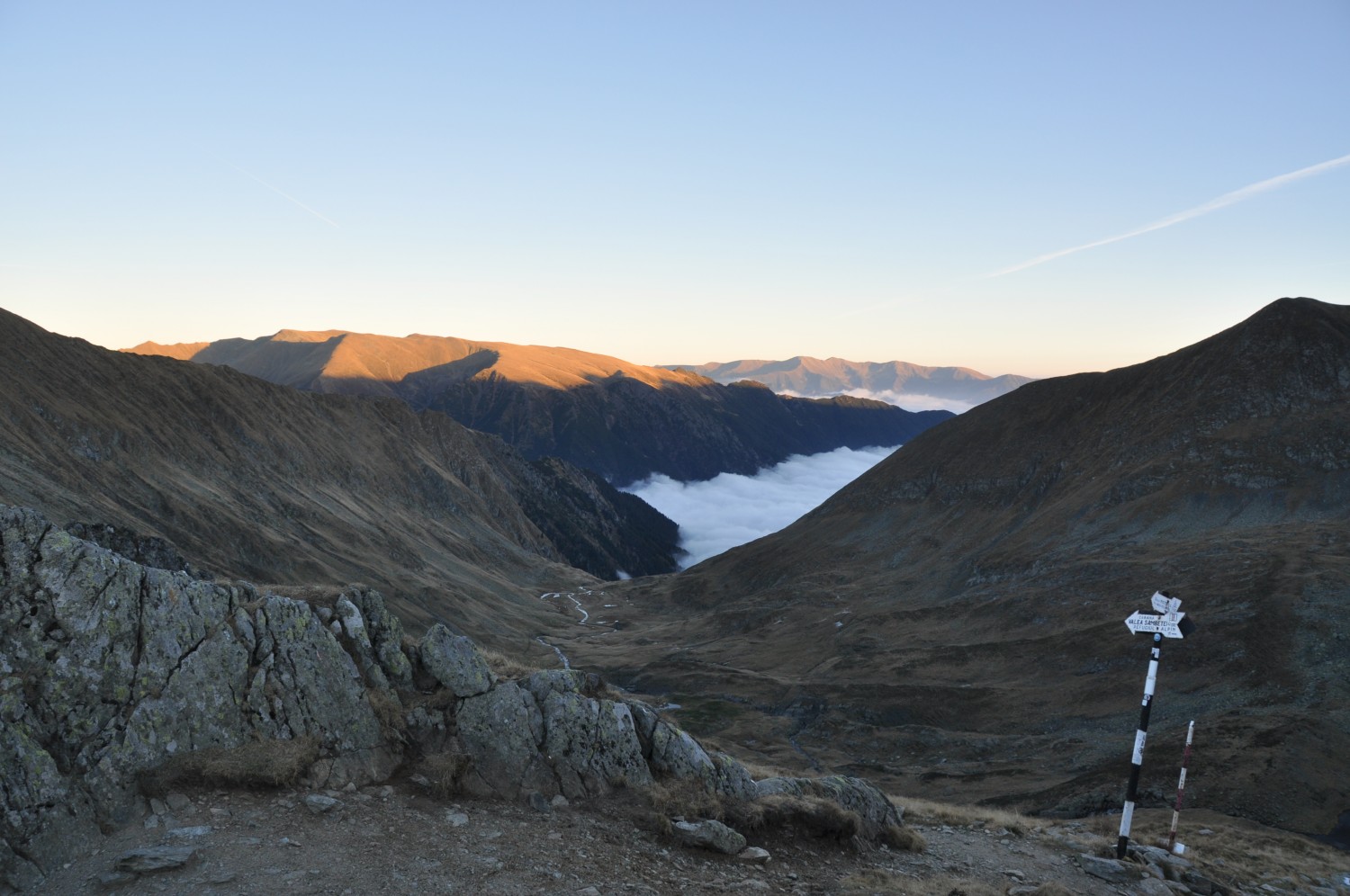 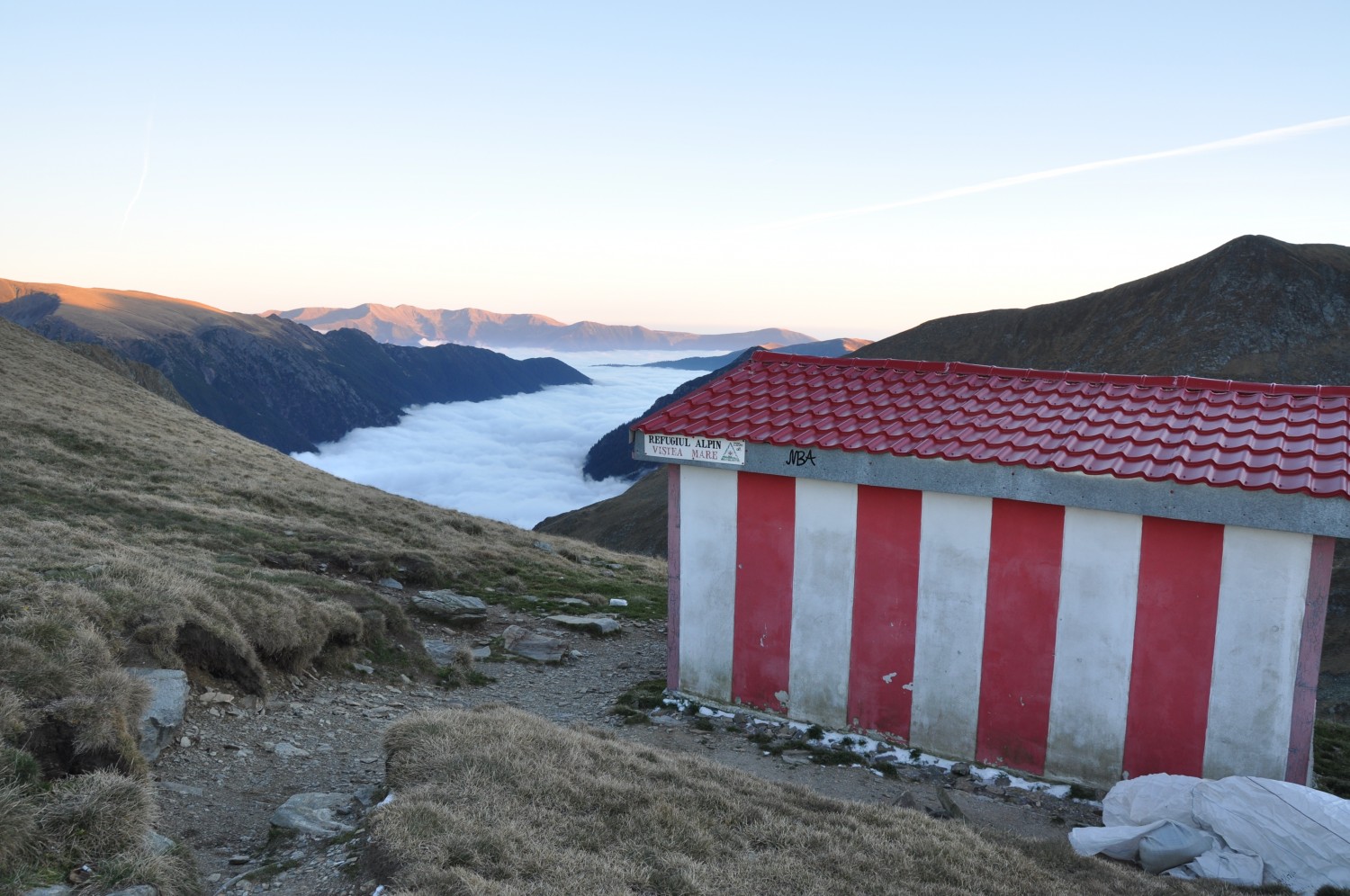 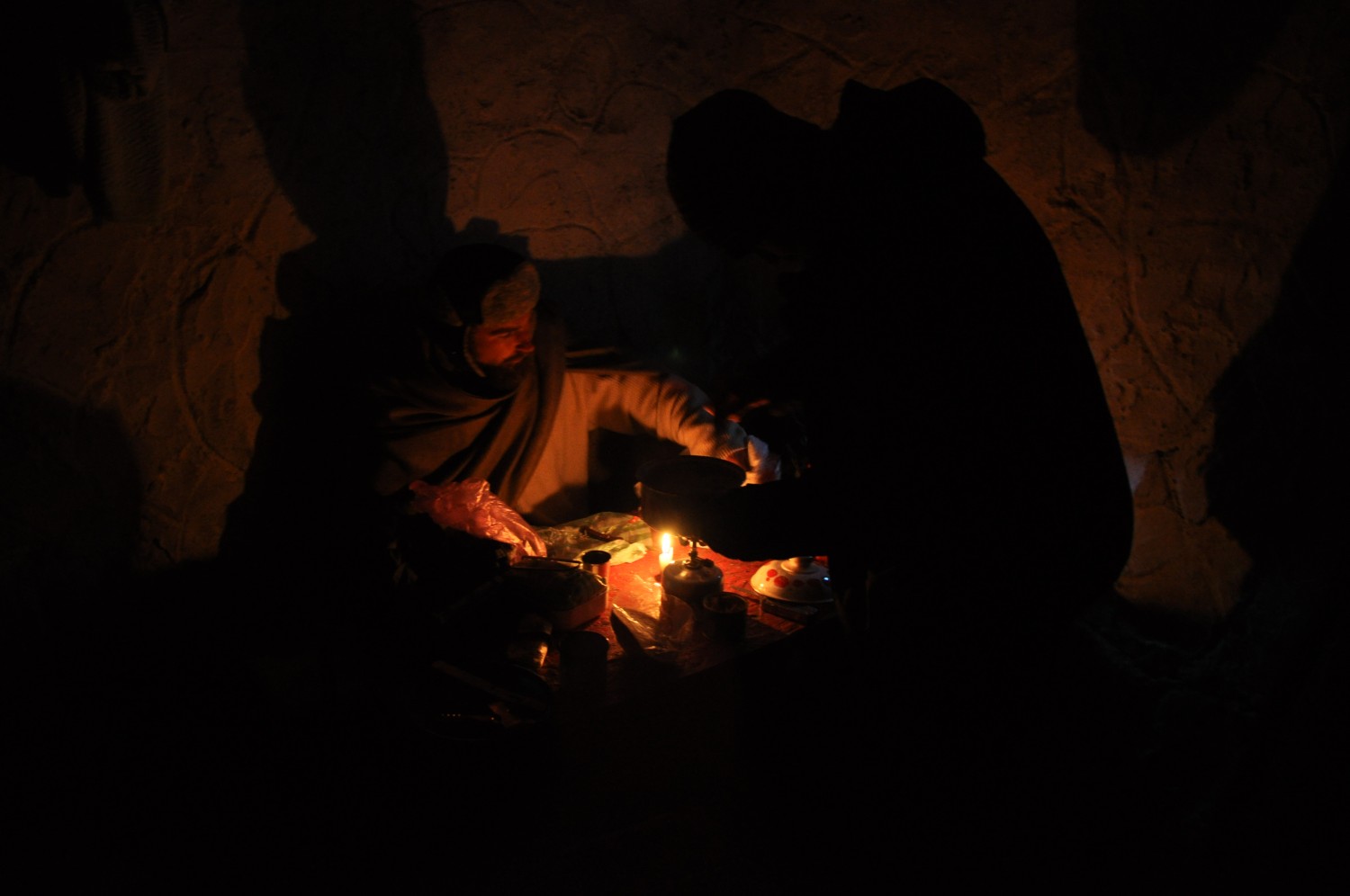