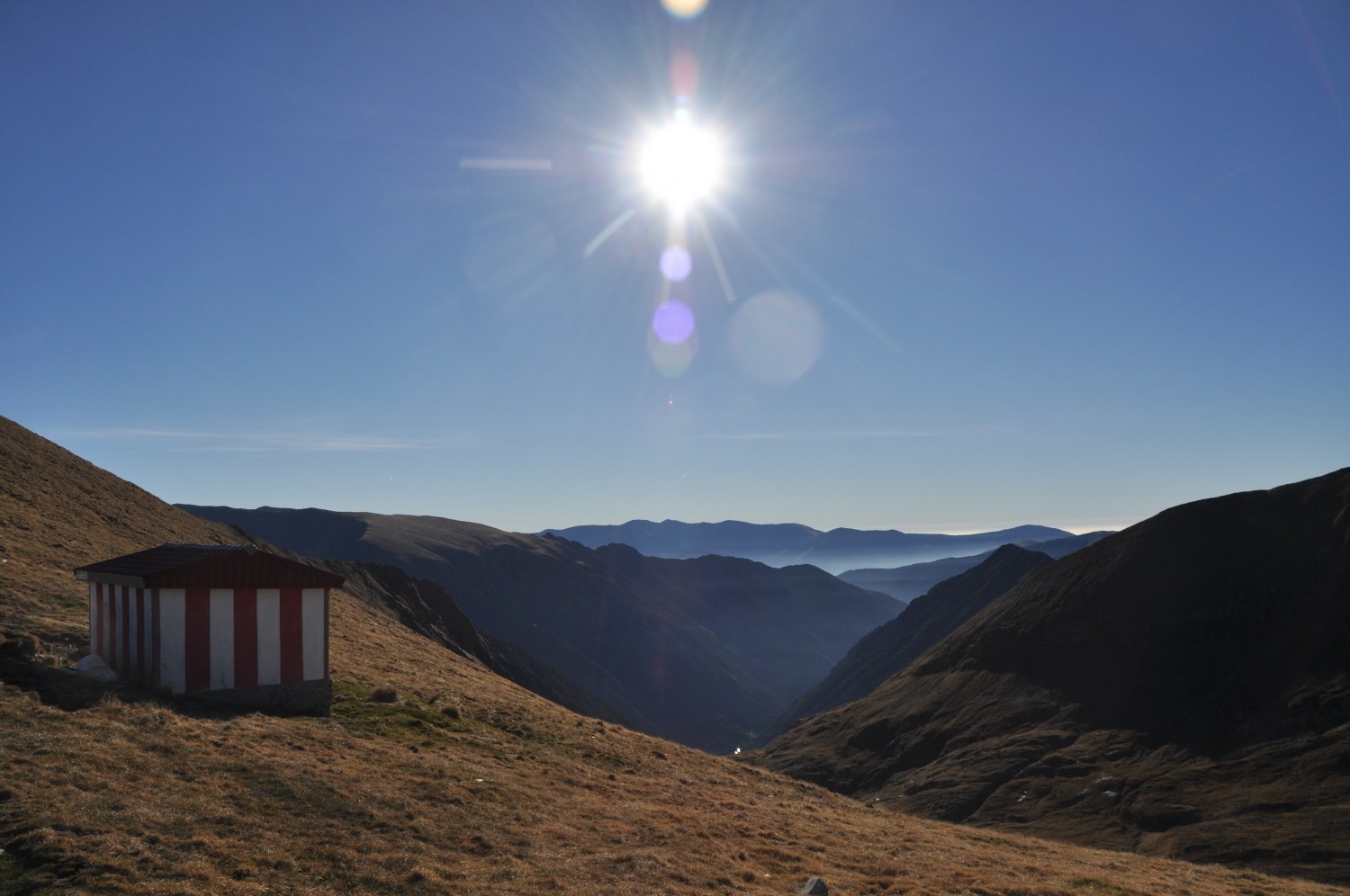 We got up early in the morning, we shared breakfast and started hiking again. Voytek and Christian decided to go swimming in the frozen lake a bit down, while I wanted to go to the top. So we said our goodbyes and split up. 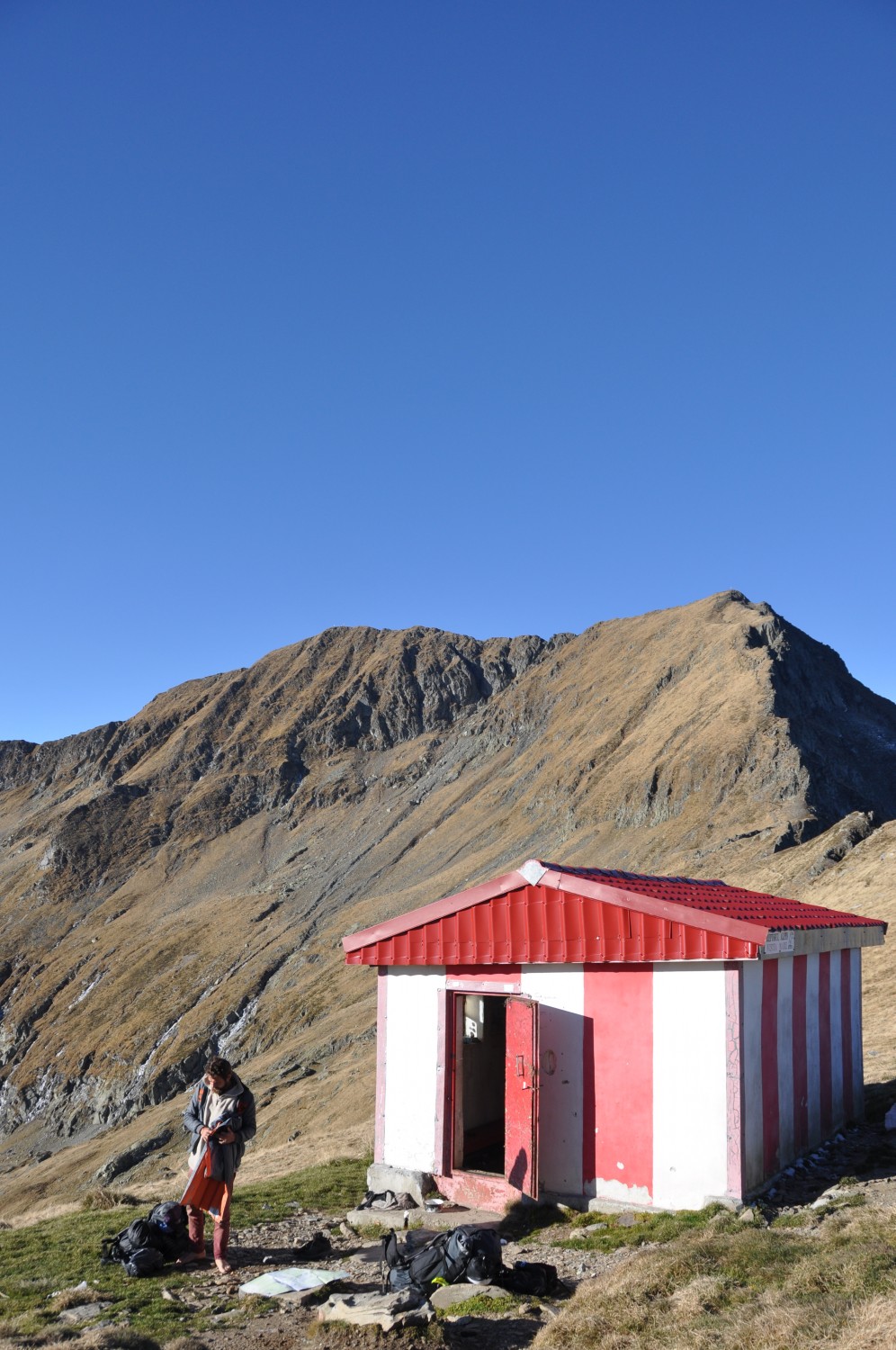 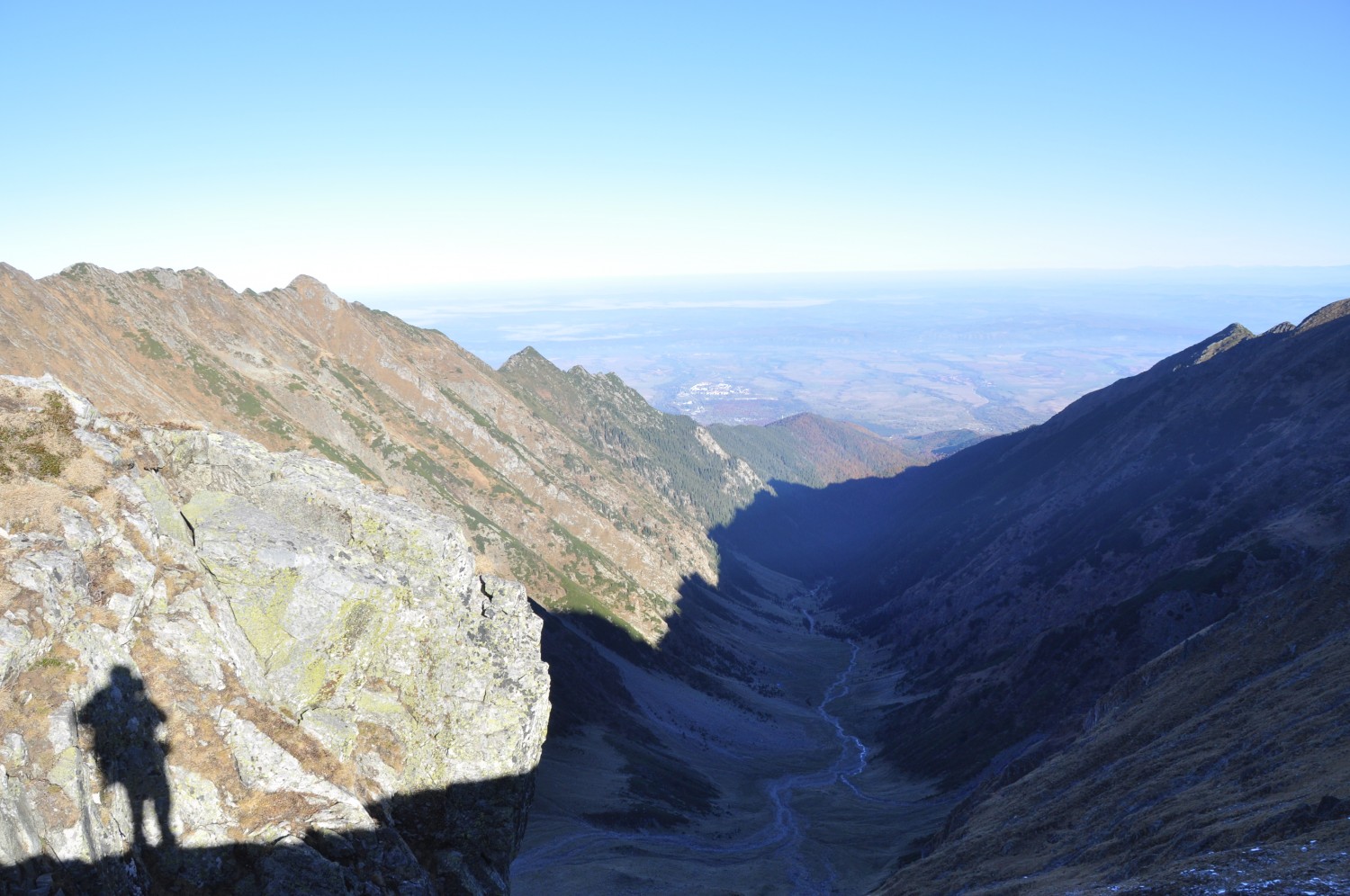 After an hour I had already reached the summit and enjoyed the nice 360° view over the Făgăraș mountains on this beautiful morning! I still had two days, so I wasn't in a rush. I wrote in the log book, took some pictures and relaxed a while in the sun. 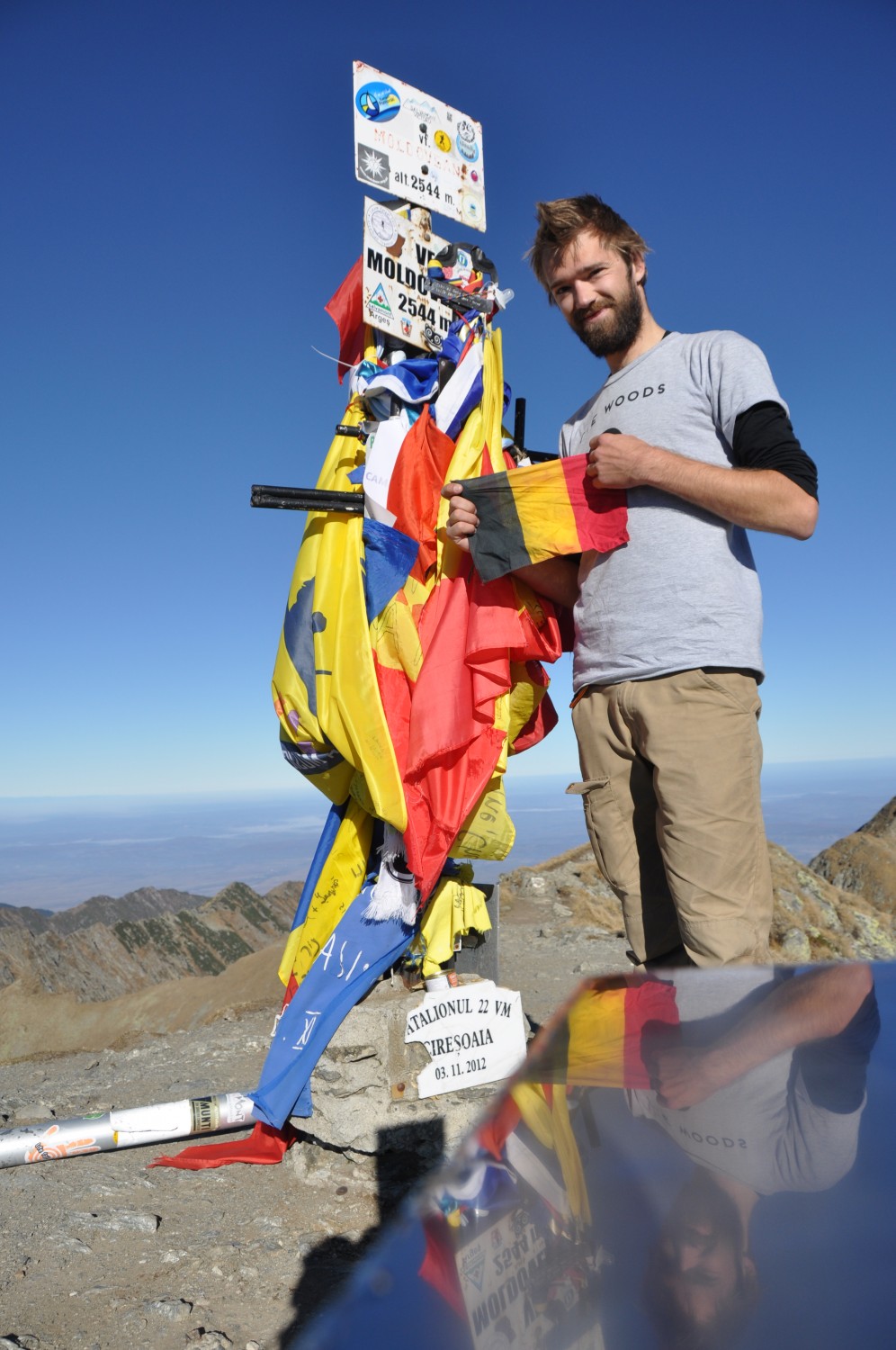 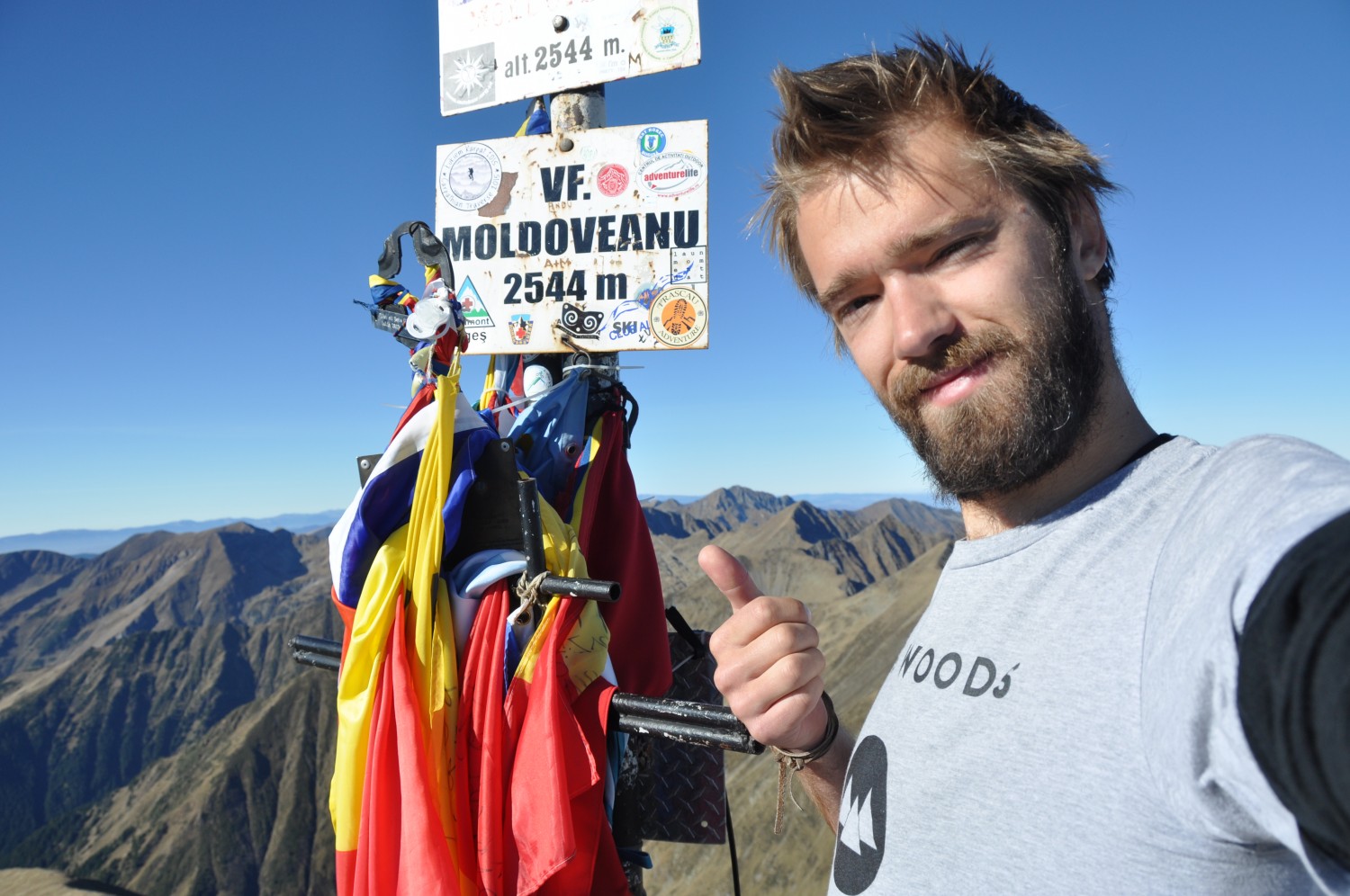 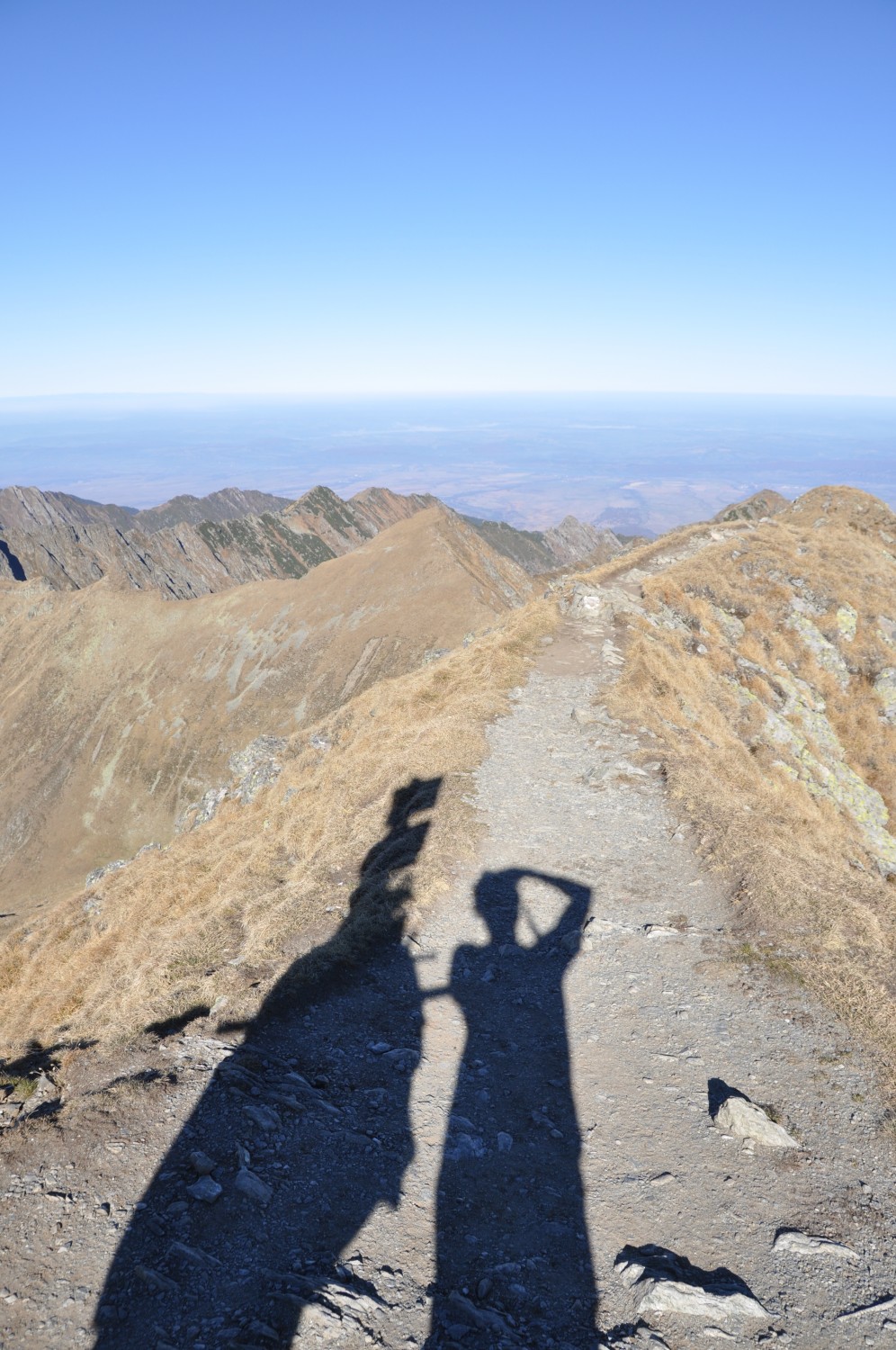 After about an hour I started my way back down. This time it was very sunny and warm because I was now walking on the southern flanks. I could even hike in my tshirt. However, later, around 1 pm, I crossed a col into a valley to the north and found snow and frozen streams and lakes. It was absolutely beautiful. The sun clearly has a lot of power! 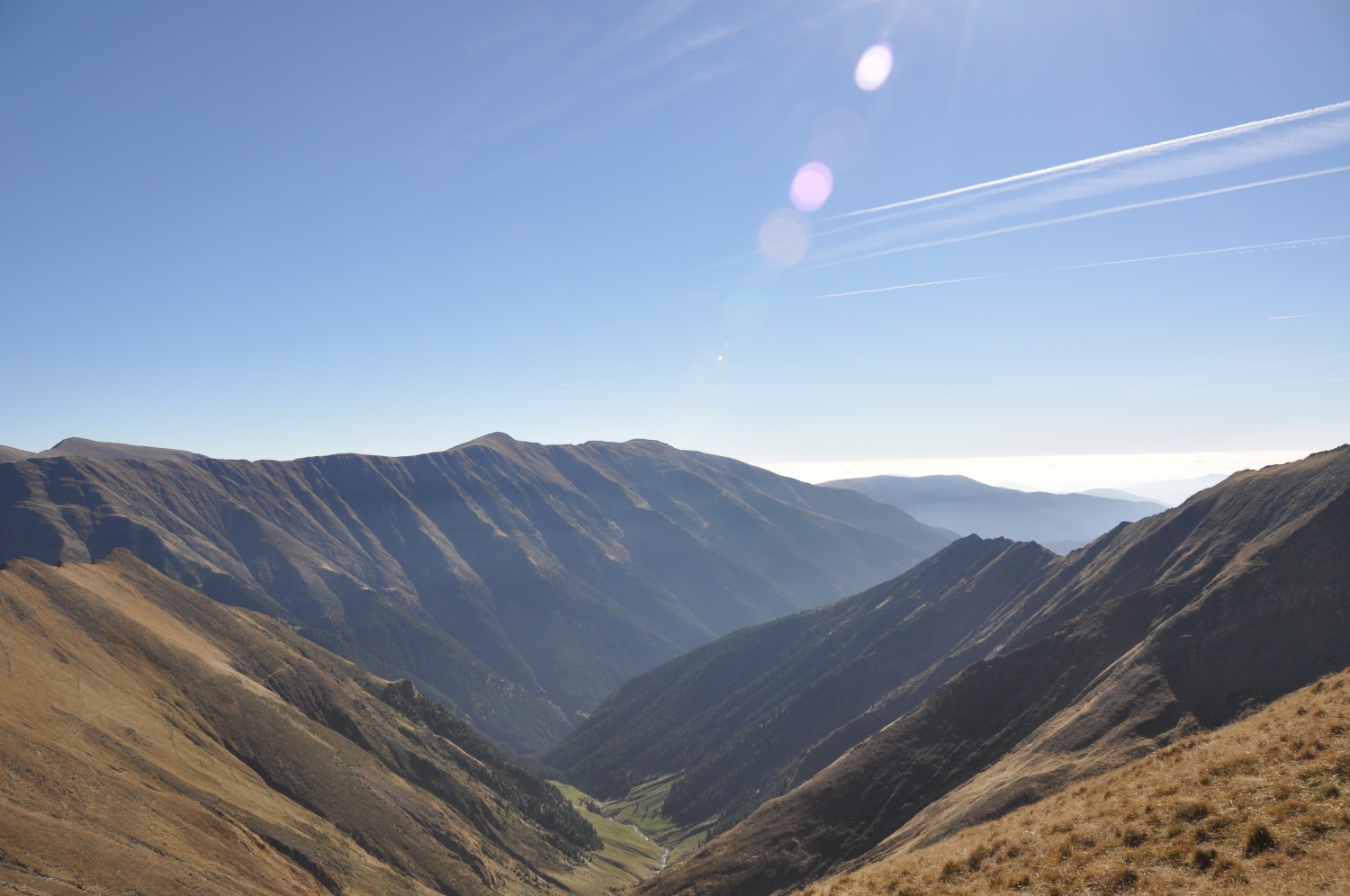 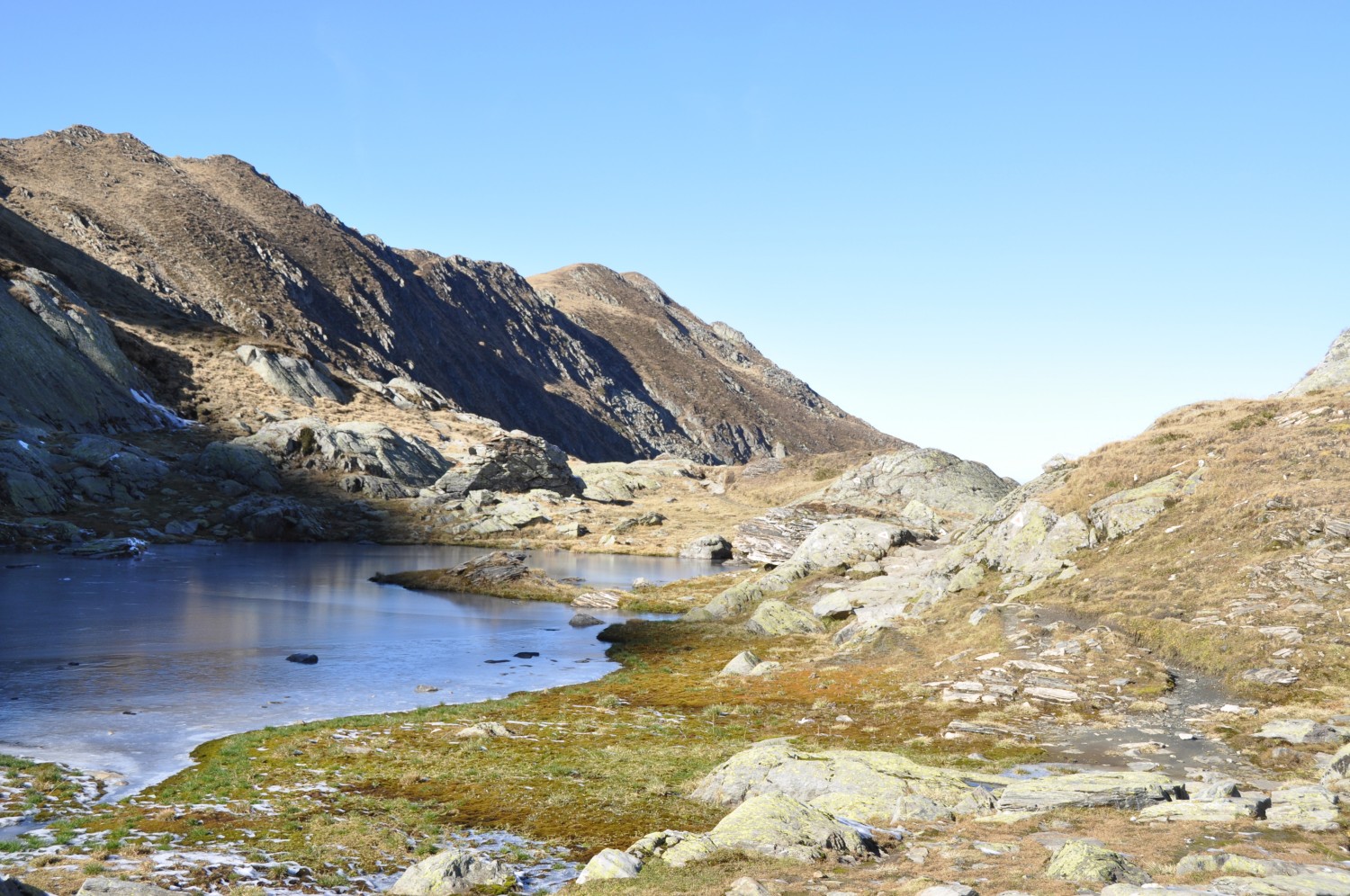 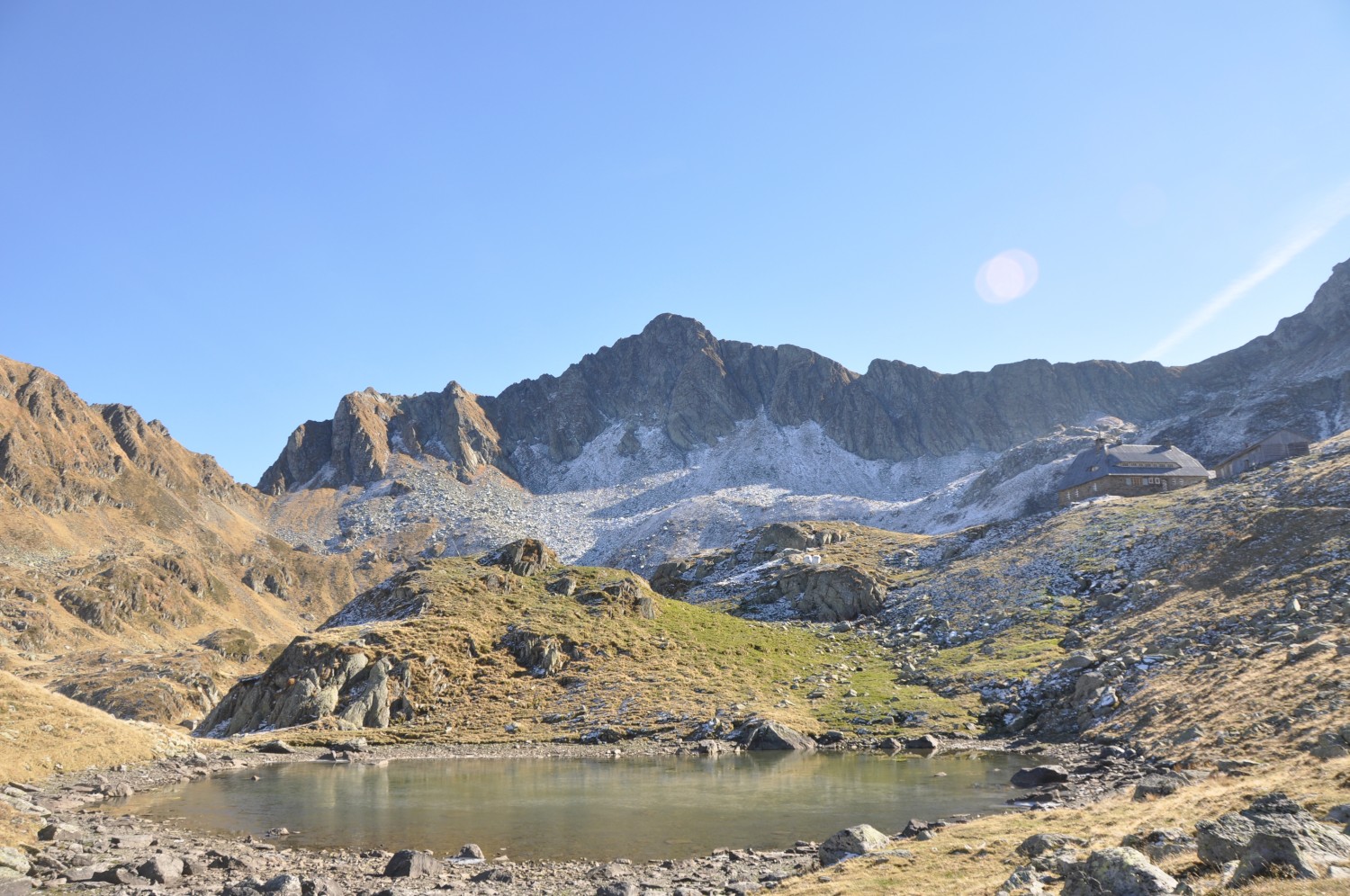 I then finally arrived at the last mountain hut in the valley around 3.30 pm. Unfortunately, there were only paid beds available. No winter room or refuge.. Since I had counted on that, I was in trouble.. I didn't take any money with me and I had left my tent back in the hostel. I double checked the map and there was indeed no hut or refuge left in the valley. And the nearest village was still 4.5 hours away. There was no other option than to run back down so I could beat the sunset.

After a very exhausting hike / run of 3 hours I arrived in the valley, still one hour from the village. Luckily there was some sign of life there: there were some fires from people working in the woods and some cars at the side of the trail. The first car I encountered agreed to pick me up and drive me to the village. From there I hitchhiked back to the bigger road leading back to Brașov.

By that time it was already dark and there was another hitchhiker in my spot. He got picked up by a truck after 10 minutes, which gave me some hope of getting back to Brașov. Another 15 minutes later an actual bus stopped. The bus drove between Sibiu and Brașov and back. I got in and said the magic words "fara bani" again. The bus driver gave me a strange look and asked "fara bani?". "Yes, fara bani", "Hmm... OK then...". Magic words!

A good hour later I was back in the hostel. Exhausted, but satisfied from the beautiful day. This time I learned to always take some back-up cash. And that "fara bani" are the magic words in Romania!!