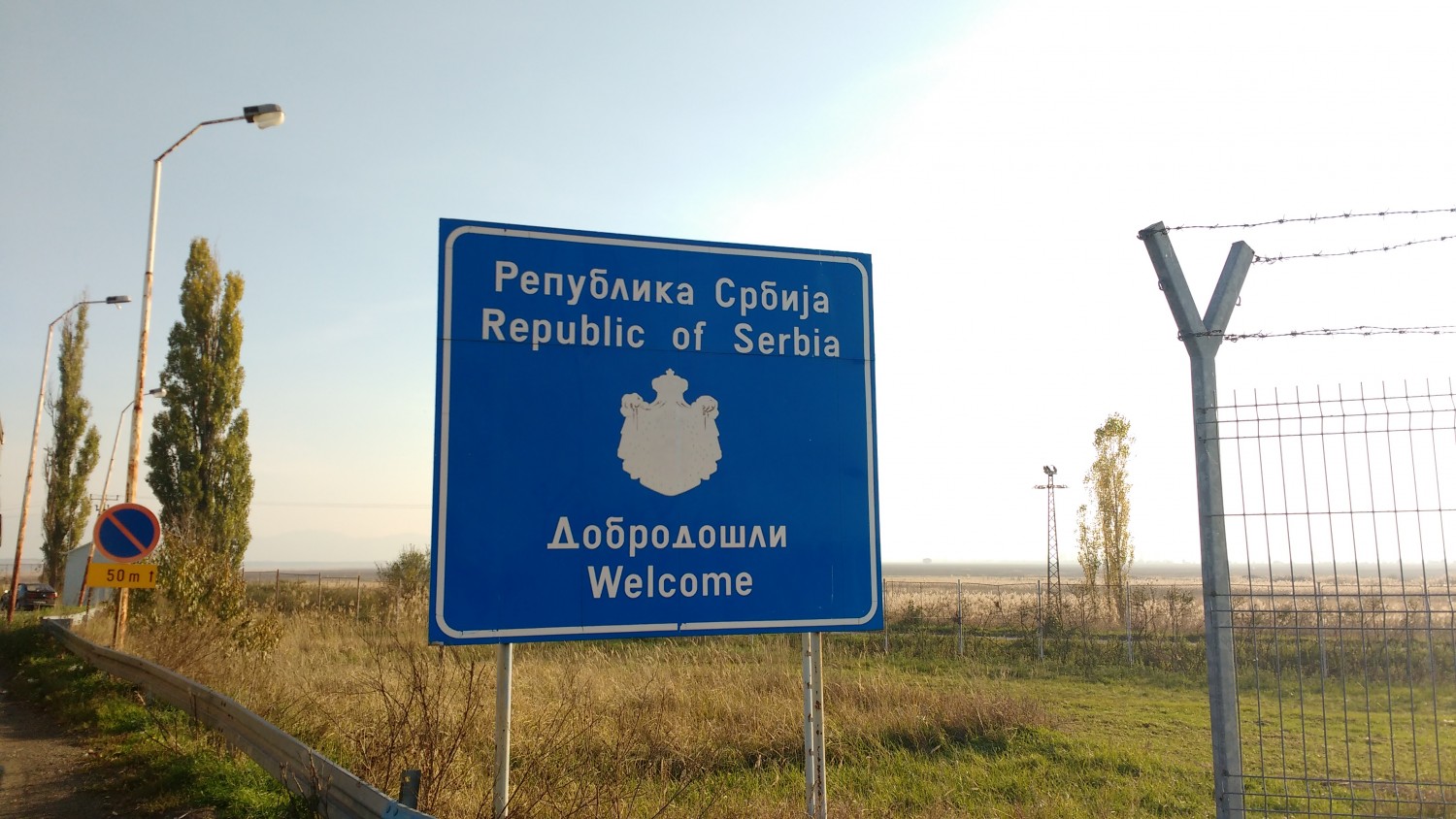 I was quite confident that hitchhiking from Timișoara to Belgrade would not be that hard. The road was less than 3 hours long and I was hitchhiking into a capital. But I took my precautions anyway and tried to leave my Couchsurfer's apartment before noon. Elena and her brother however convinced me to try the "Romanian" fast food ciorbă de burtă first before leaving the country.

At a around 12 I finally got to the big street leading out of the city and luckily found a ride until the border town of Moravița within 5 minutes. But instead of driving straight to the town, he first took me to the METRO wholesale supermarket. We spent about 40 minutes buying 50 frozen chickens, 30 kg of different varieties of cat food, a lot of canned pineapple, and a lot more. Since he did not speak a lot of English, I still have no idea what it was for.

So the fifty minute drive soon became an hour and thirty minutes. And when I eventually arrived, there seemed to be almost no cars continuing towards the border. I tried my luck with the few cars and trucks on the road while also walking the few kilometers. No one had picked me up by the time I arrived at the border and resorted to walking across it. This was the first time I could use my passport and as such retrieved my first (of hopefully many more passport entry stamps).

Once on the other side I tried to catch a ride again, without any more luck... I had given up hope and started walking to the first town, Vršac, 10 km further. There was nothing to see except for fields and the occasional truck that managed to pass the border control. So in the worst case I could just camp out there and try my luck the next day.

After about three hours since I started walking a friendly Serbian farmer decided to pick me up and drop me in Vršac, at the east end of town. There, I spent another hour until again a really friendly man saw me walking back towards the bus station with my "Belgrade" sign. He shouted at me that I was walking the wrong way for Belgrade and he decided to give me a lift to the other side of town. There the road led out of town, straight to Belgrade.

In the twilight I waited for less than 10 minutes until Dimitrije, a 23 year old pilot in training, picked me up and drove me all the way to the capital of Serbia! I made it and could meet up with one of the best Couchsurf hosts!