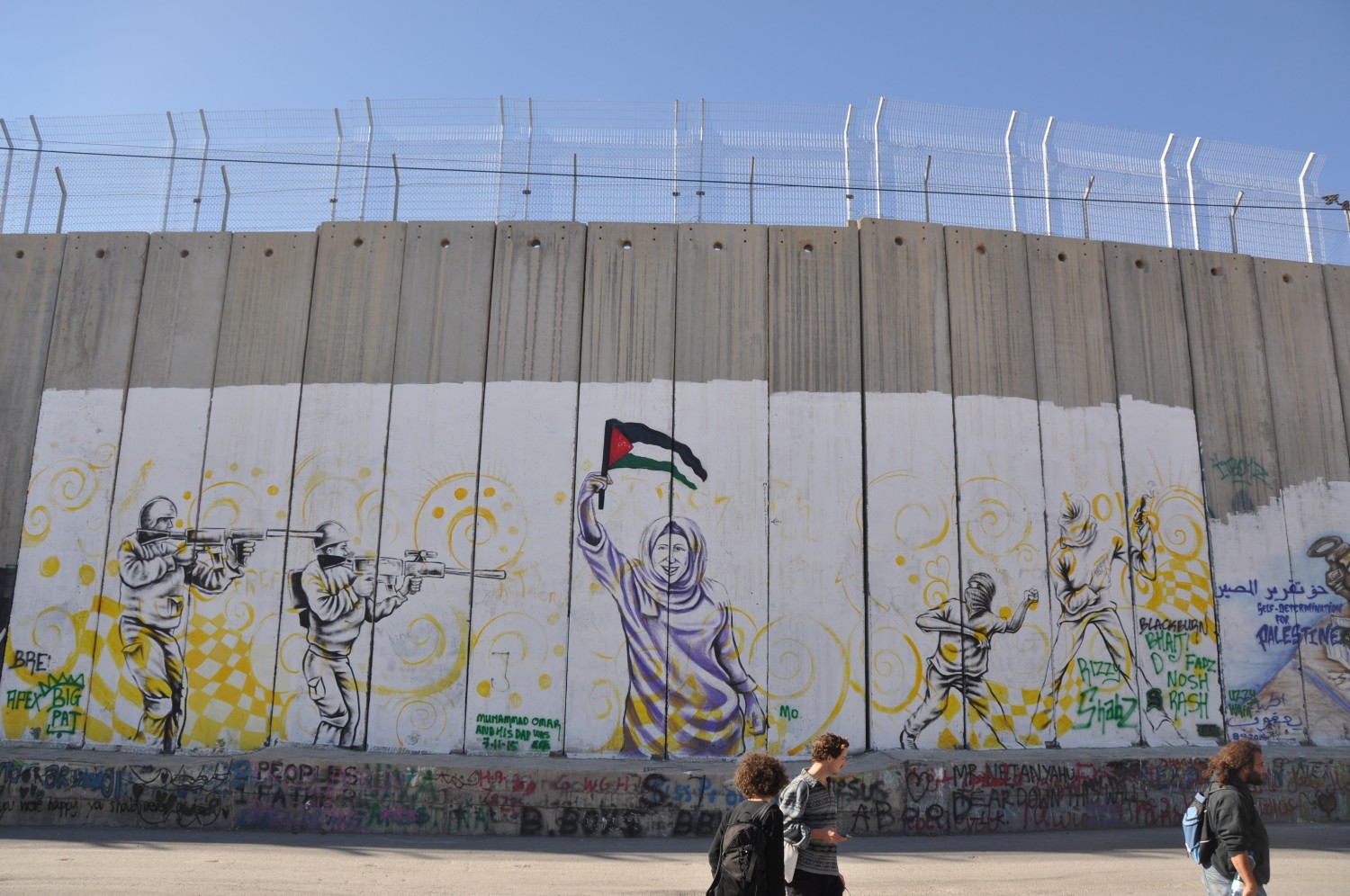 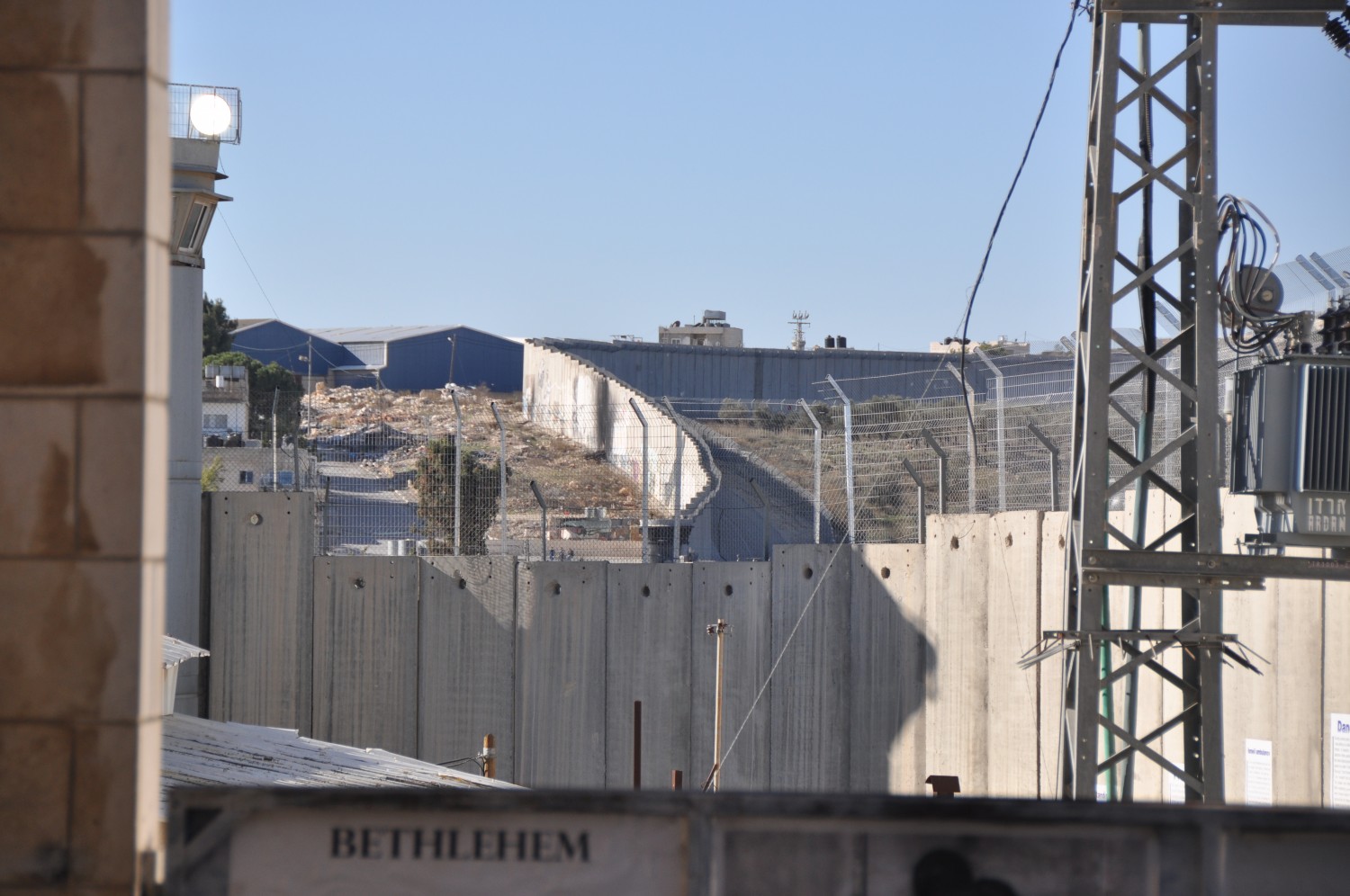 The wall splits the city in two It is a target during the almost daily riots. It's covered in paint, in an effort to block the IDF from watching over the rioters. And it is covered in graffiti artwork.

Street art on the Wall 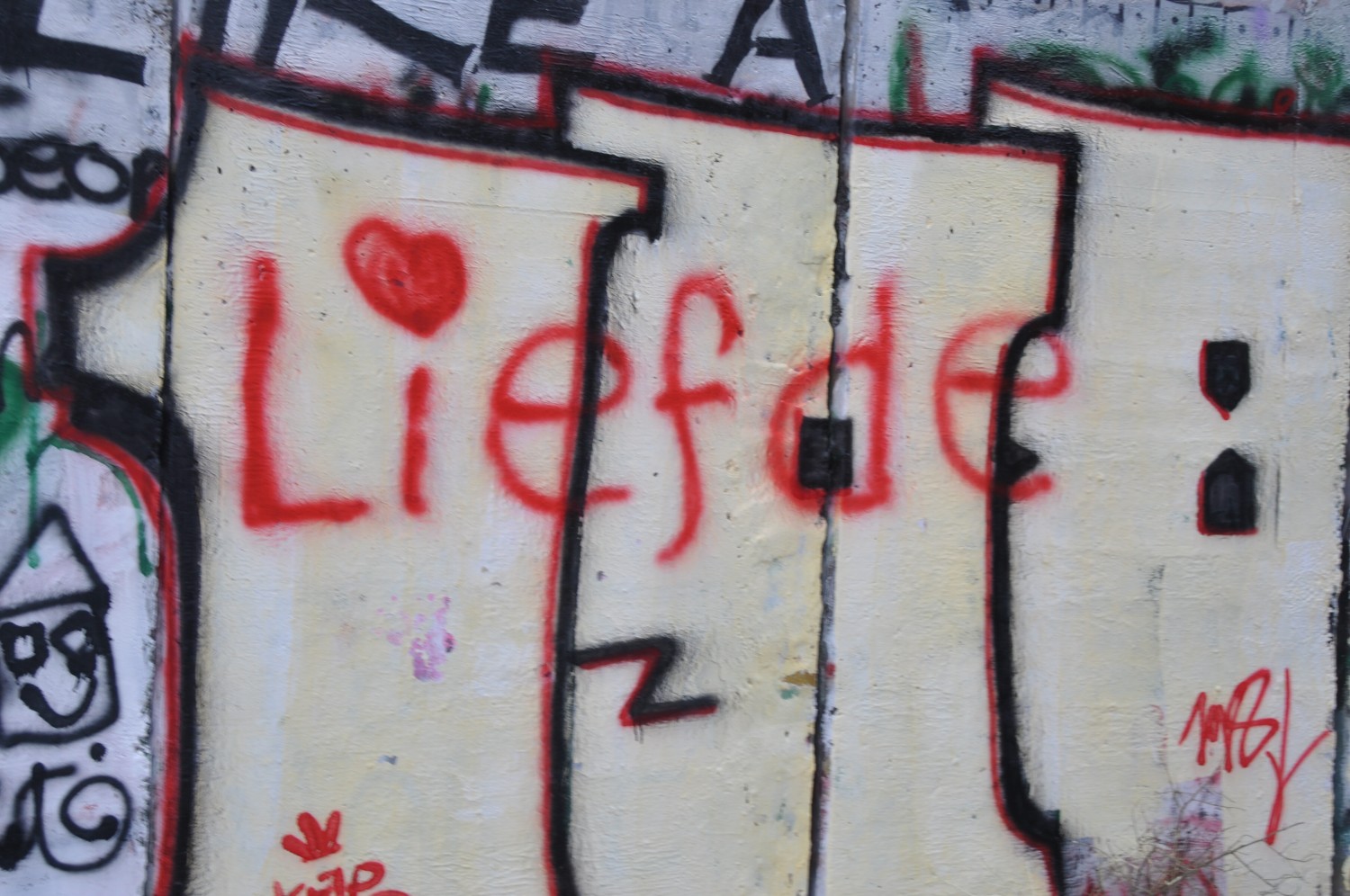 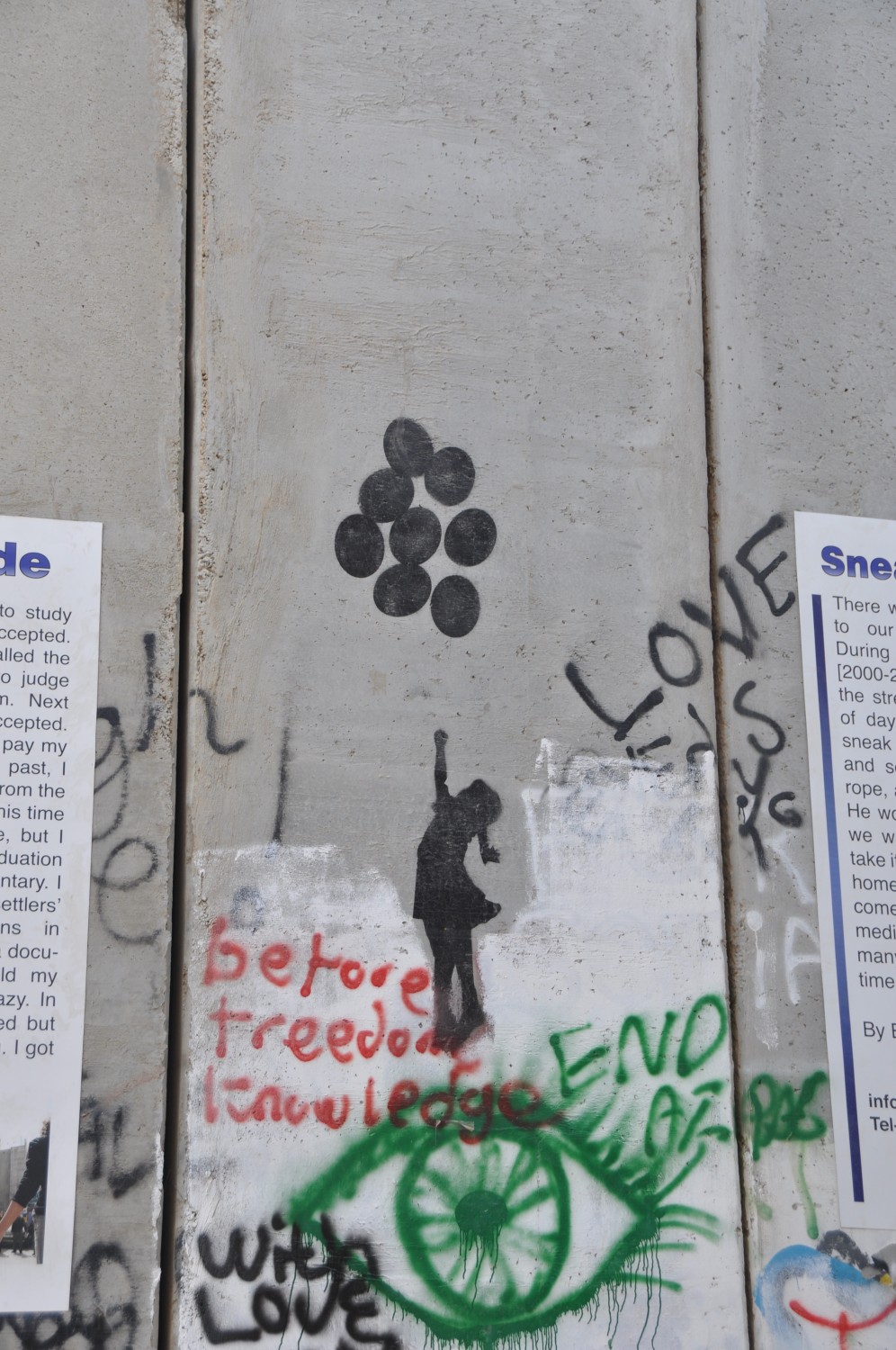 A Banksy on the Wall People try going from one side to the other. Climbing over the 12 metres high structure. Trying to get a glimpse of life in the other side. They manage with one rope with knots. 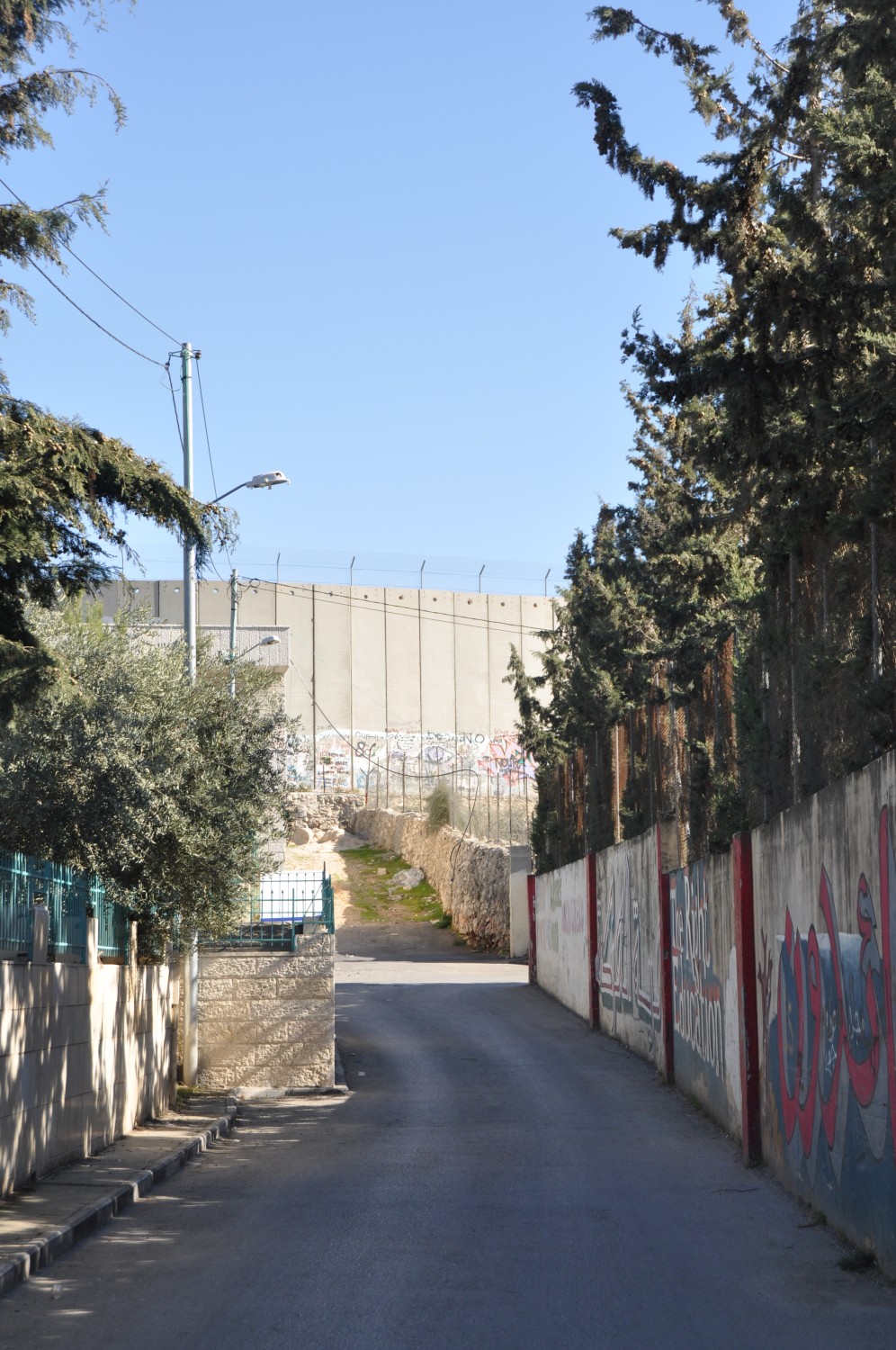 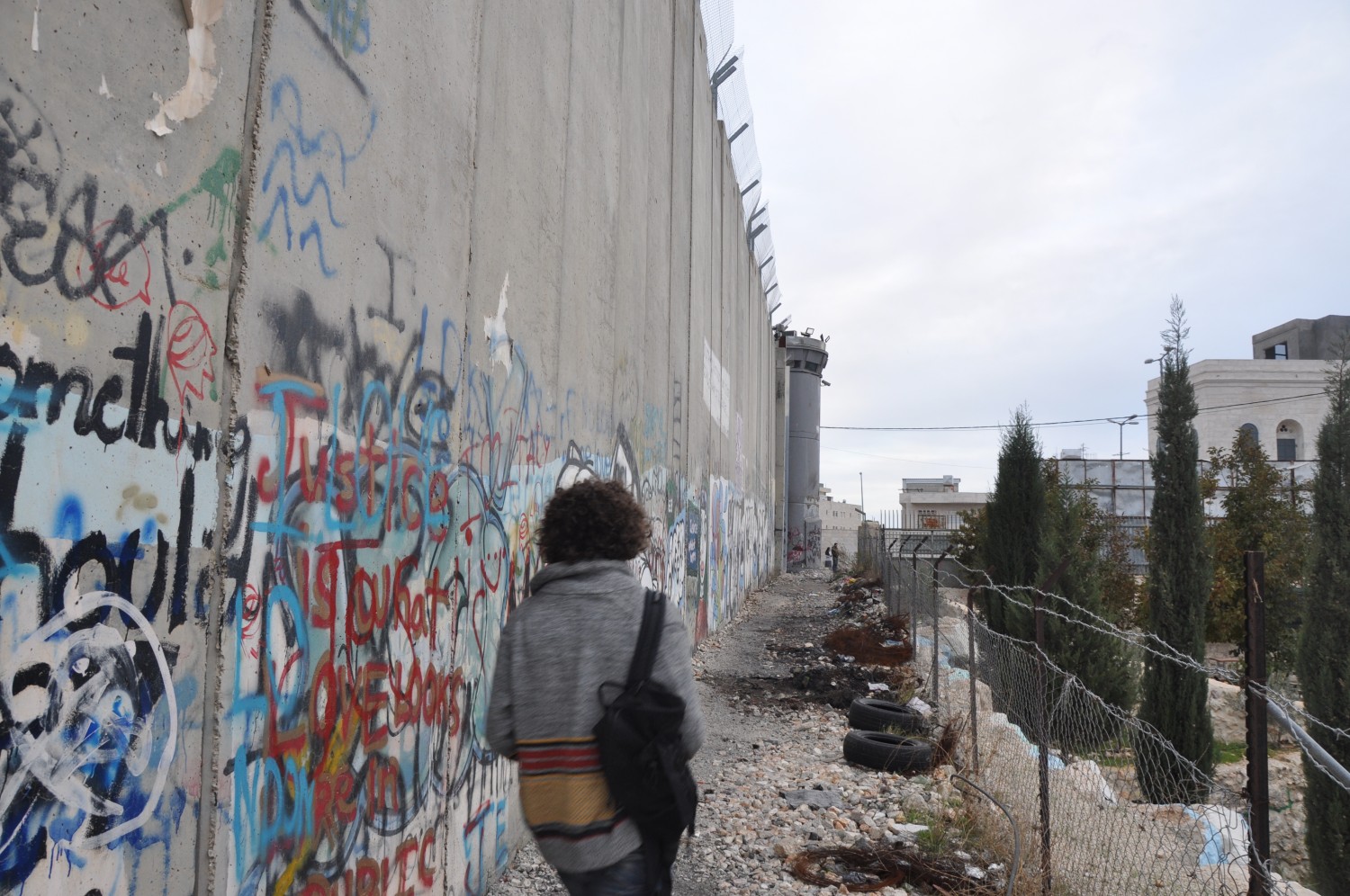 People are still getting injured and killed on a regular basis. Close to the wall there is a constant smell and prickling of the eyes from tear gas. Next to bullet casings – Israeli munition – there lie marbles – Palestinian munition. 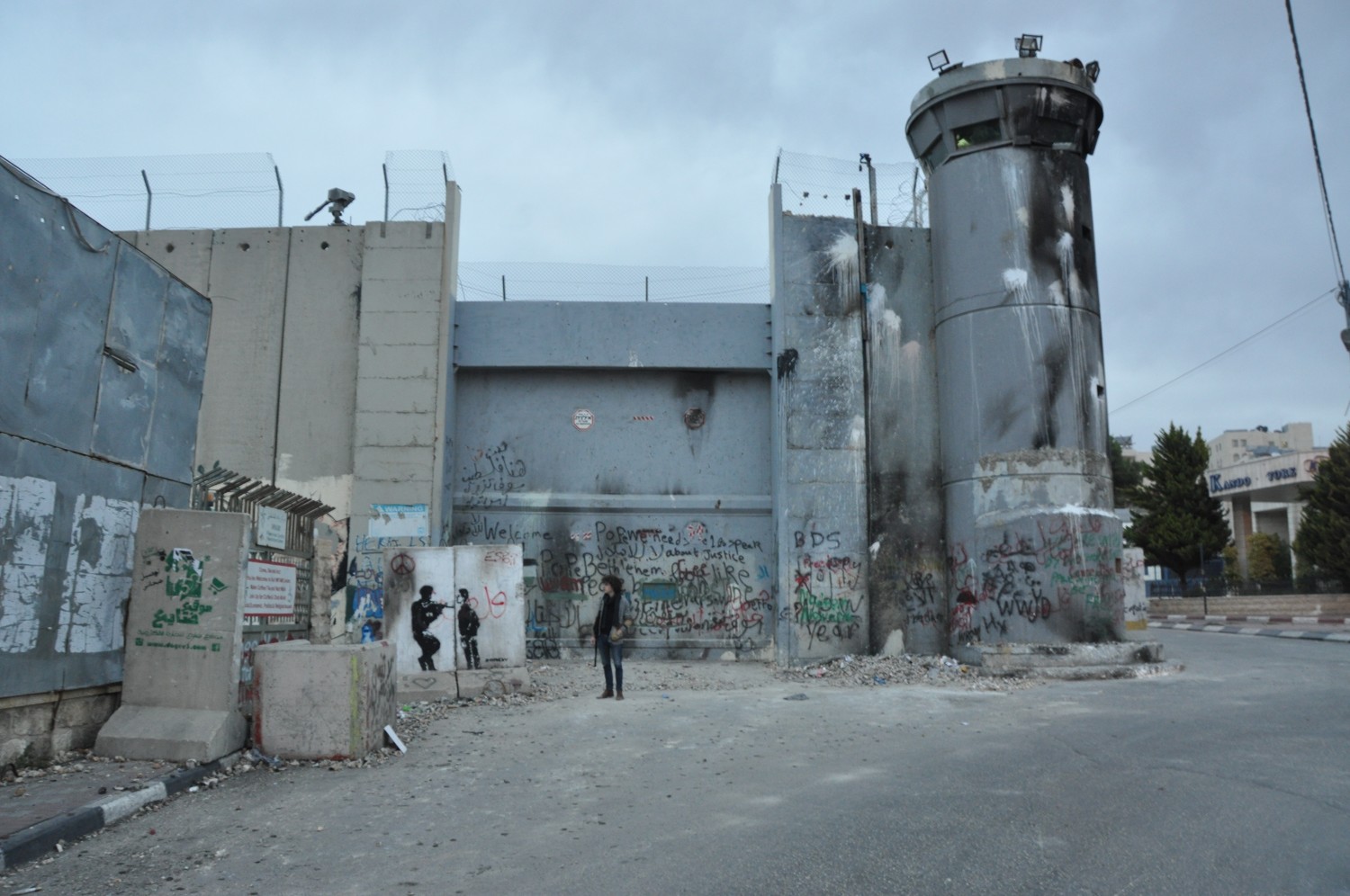 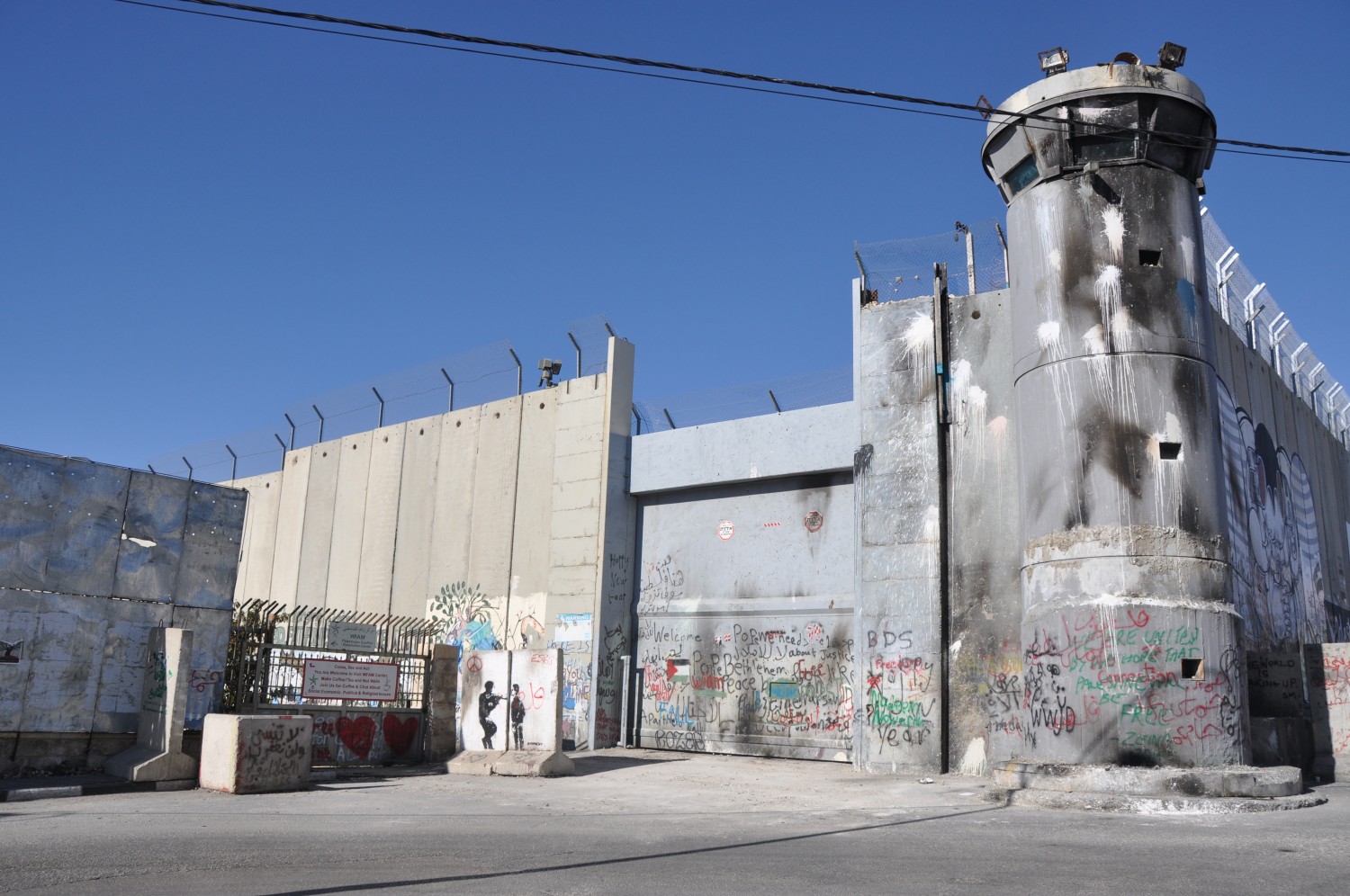 A watchtower on the Bethlehem Wall 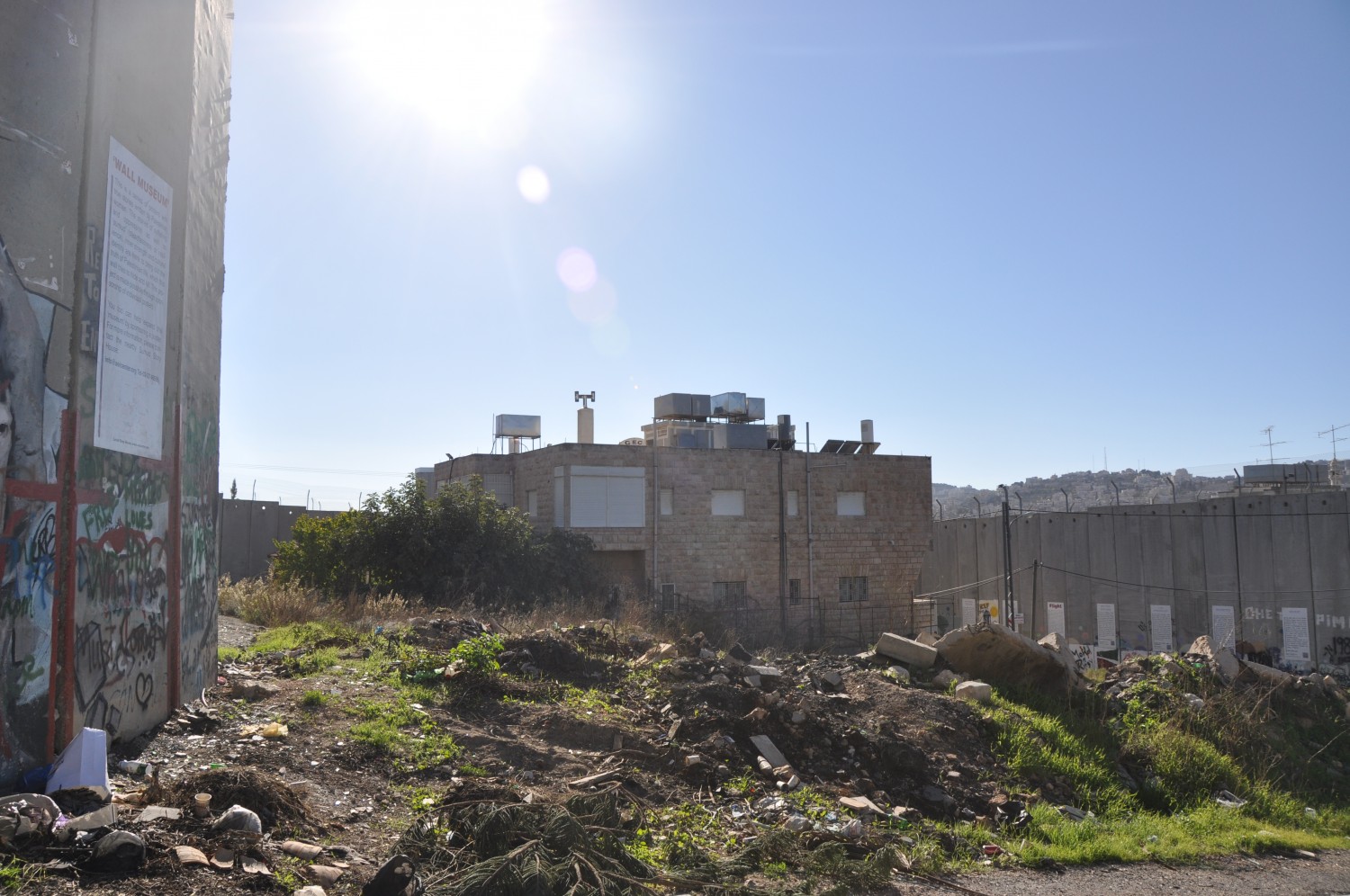 A house enclosed on three sides