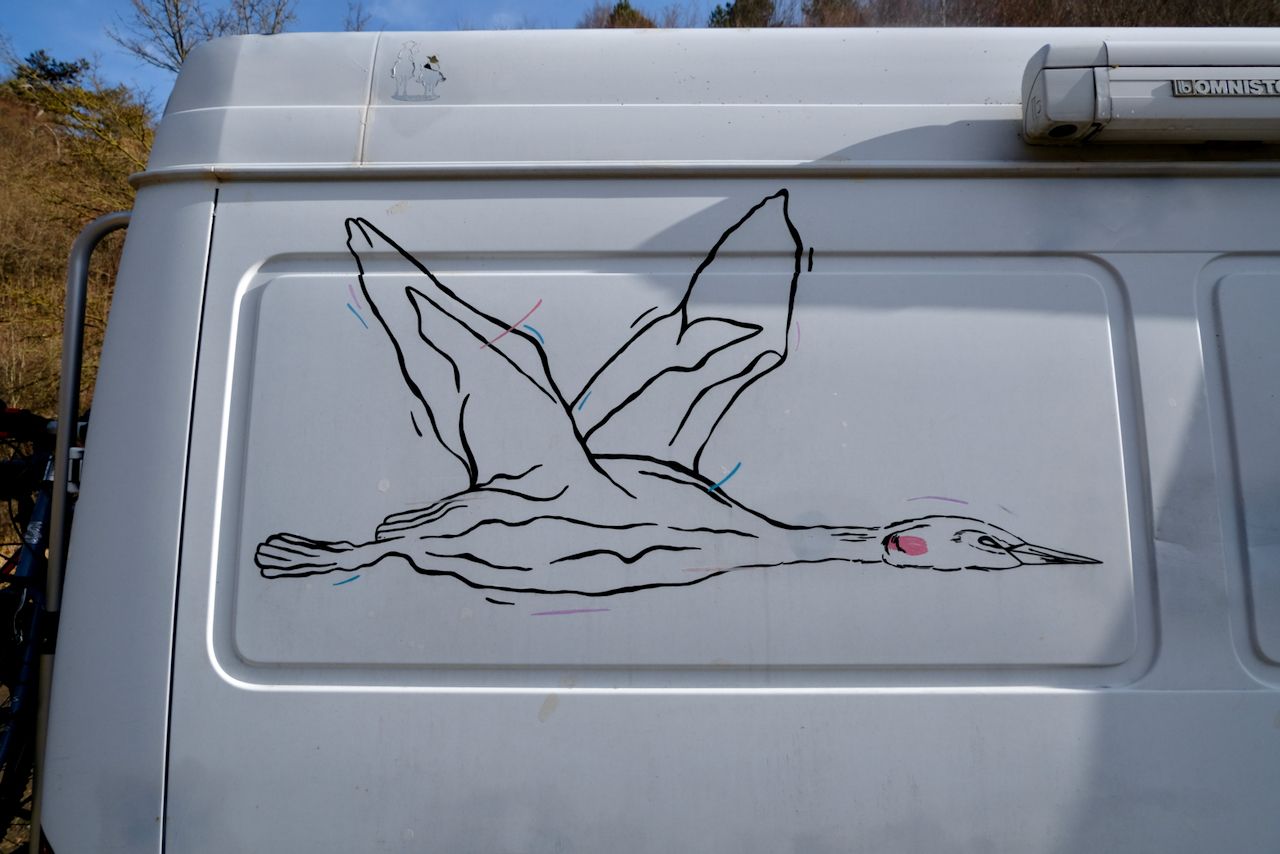 This is Walter. Our camper van. Our home for the next couple of months, mostly.

We planned to start our trip in September 2020. That, for obvious reasons, did not happen. We waited a little over a year and finally left on 10 November 2021. Right in between our birthdays and with a nice festival in Utrecht as our first destination. You can read about that in a previous update called "Dancing and Cycling". 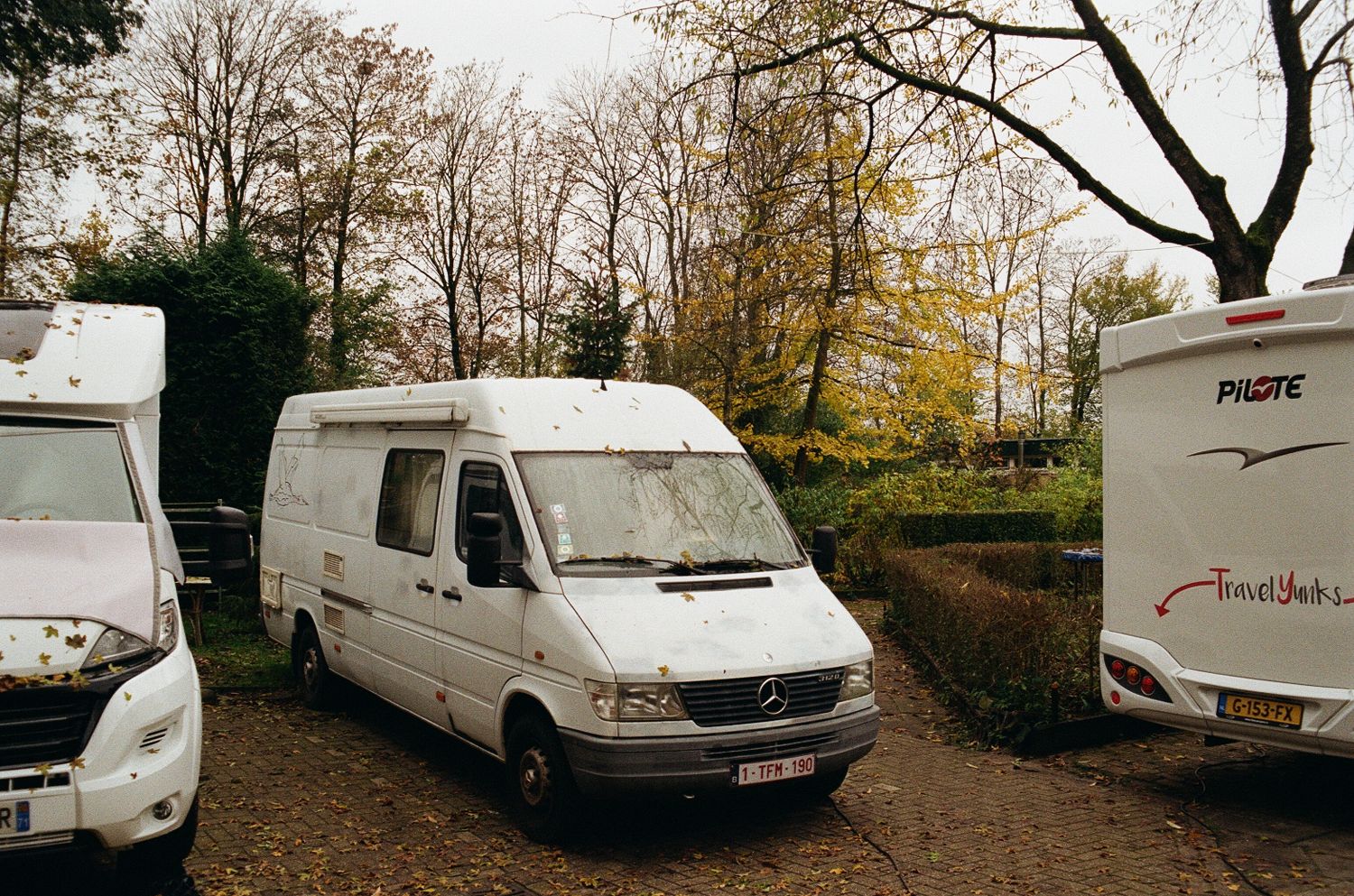 We had the idea to travel with our van for a while but both of us felt we missed something. The prospect of leaving on an open-ended trip was exciting but, the fact that we would only be travelling by camper van was somewhat limiting. Especially since Tineke doesn't drive and I would be behind the wheel always. 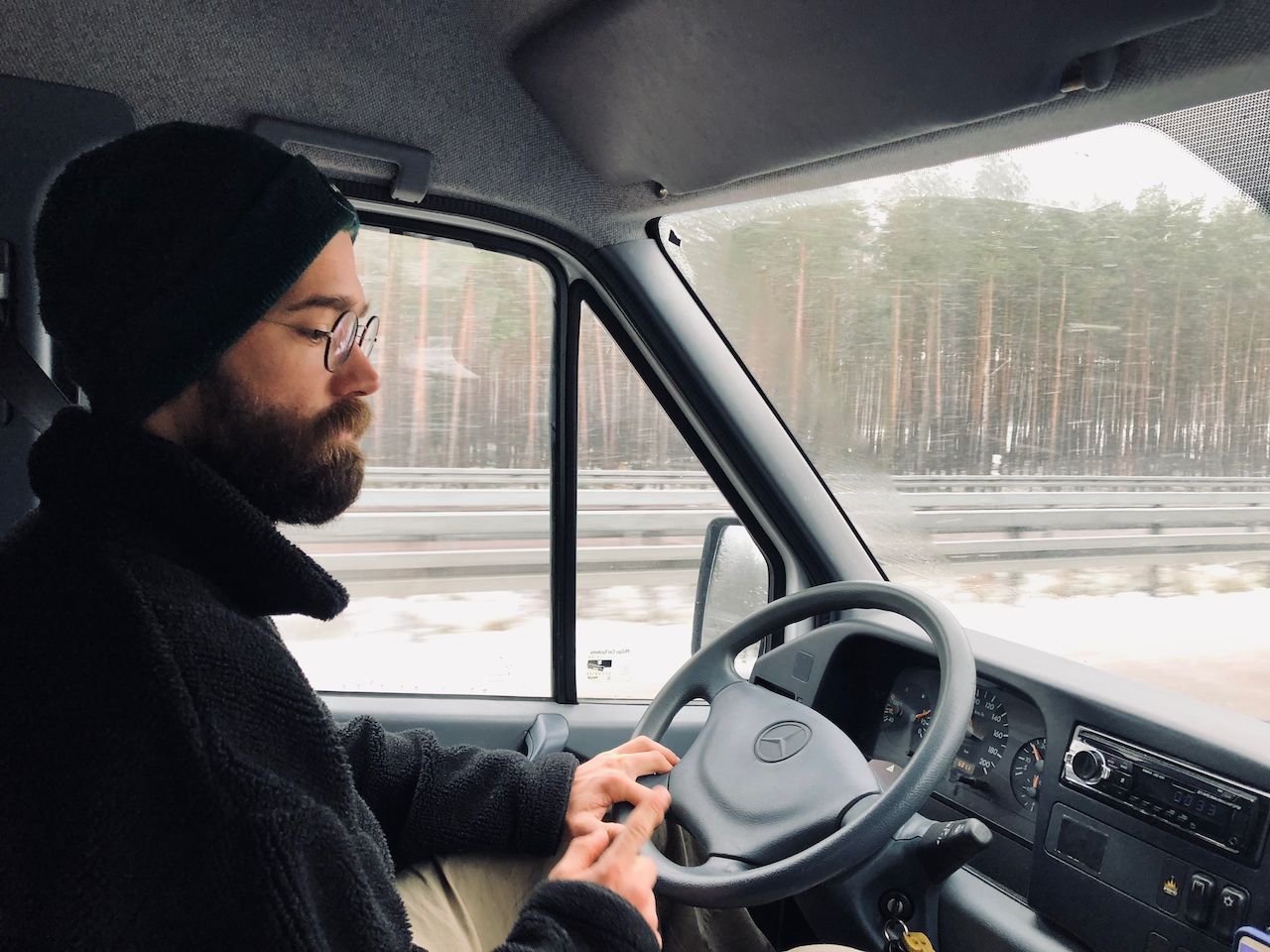 Henri is the driver 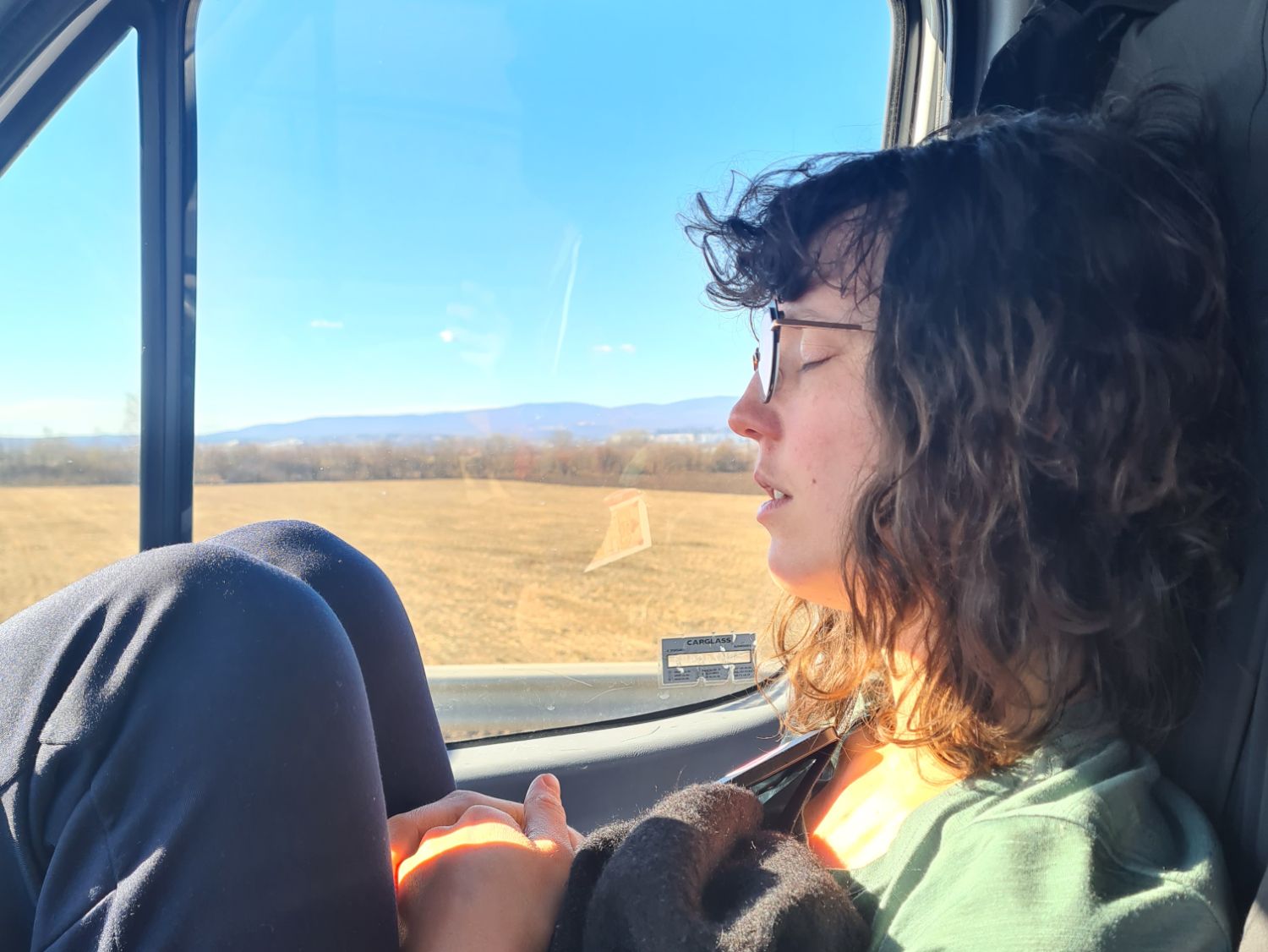 And so, we came up with the idea to install a bicycle rack on the back of the van and find ourselves two touring bikes to take along. This would give us the option to travel in the camper van for a couple of weeks, then switch to the bikes from time to time. And of course, the bikes are always nice to have for exploring around the place where we are camping. 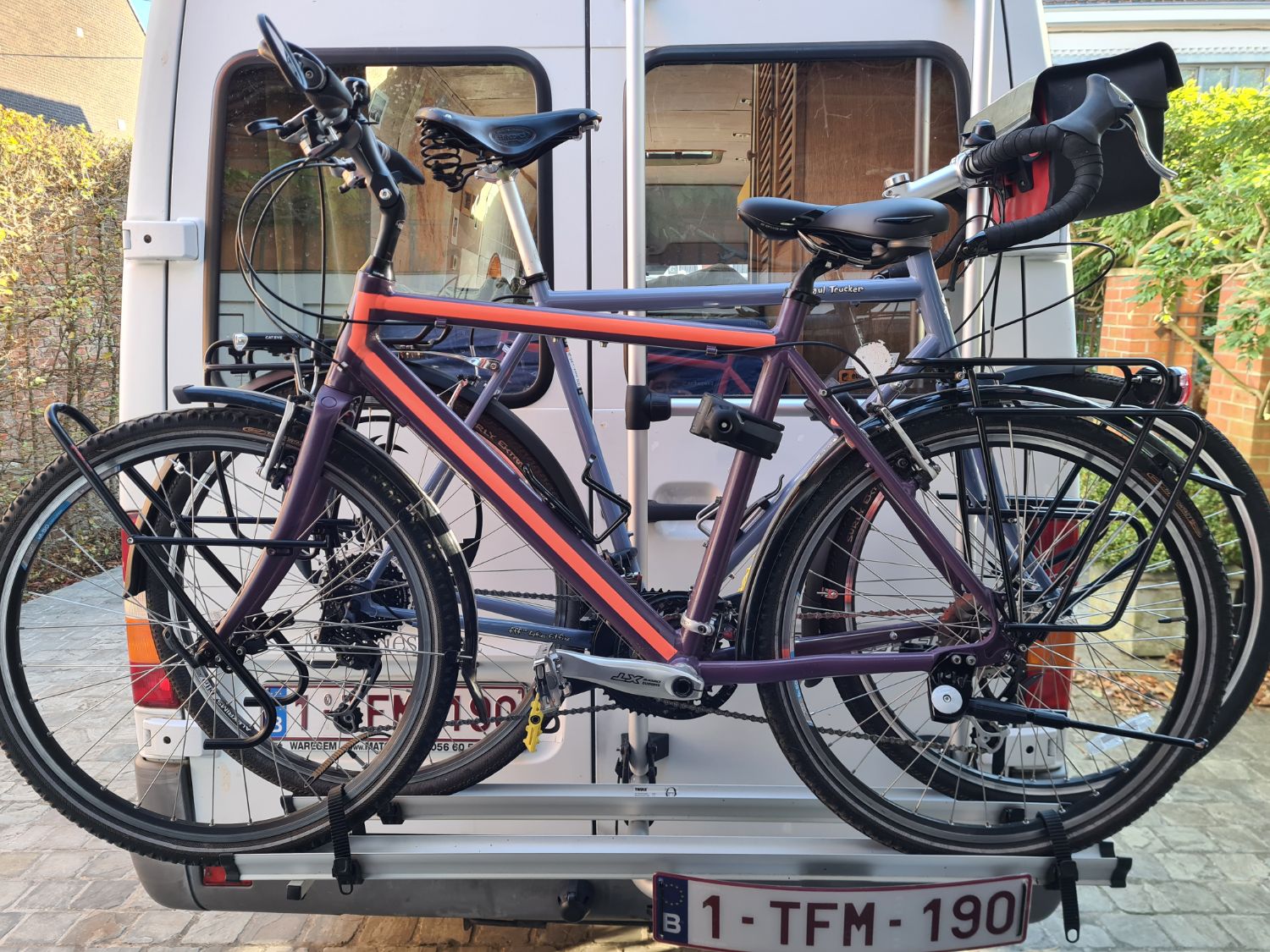 Our bikes on the van

Inside, there's all that we need for travelling self sufficiently. We have a kitchen, a foldable table, a couch and a fixed bed. There's some storage space under, and next to, the bed. Also under the bed are the water and gas tank. The gas is used for cooking, heating and the fridge. 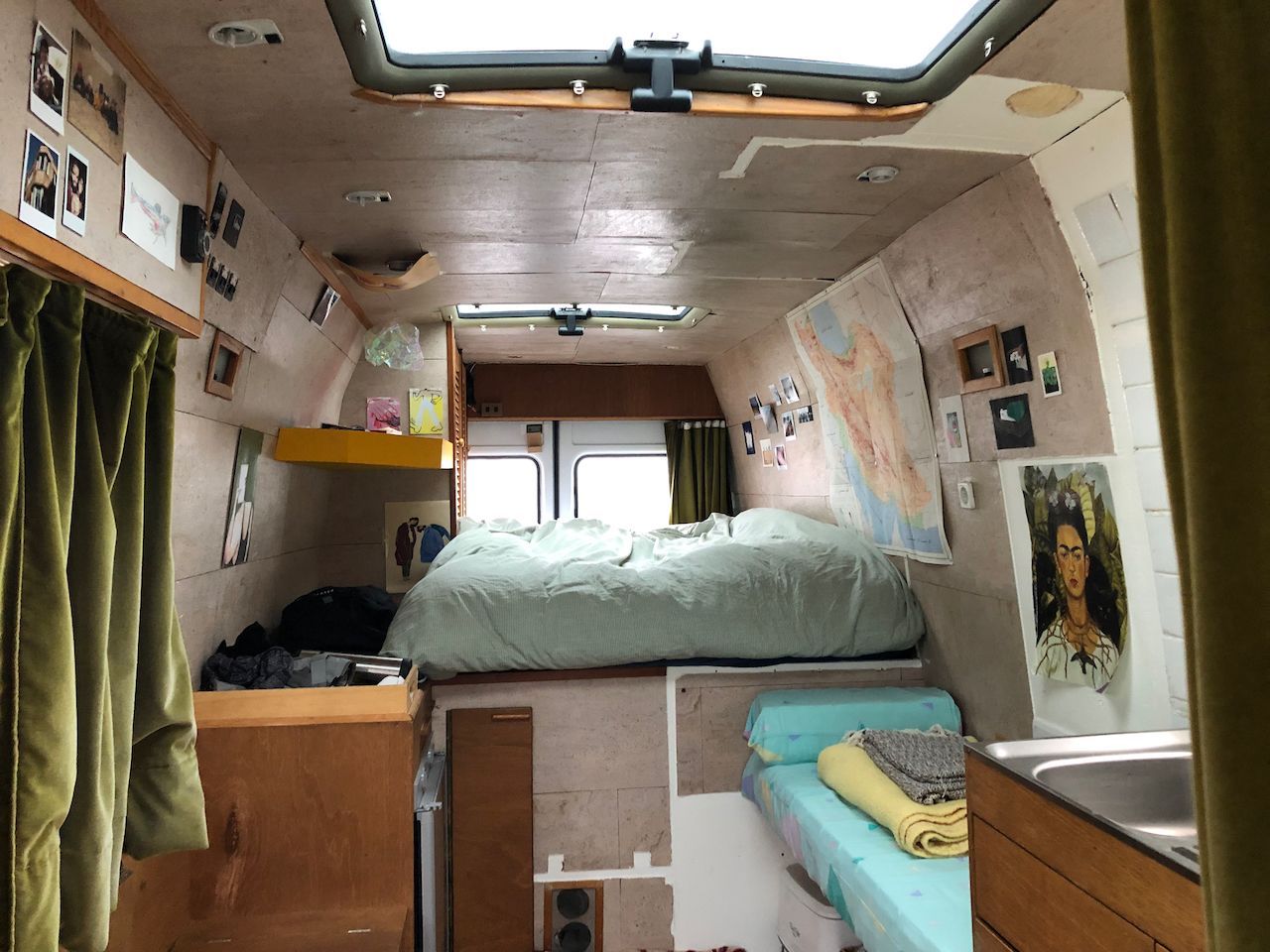 A view of the interior

Our kitchen, and Frida Khalo

Eventually, our idea is to travel with Walter in Southeast Europe until we reach Greece. There, we would leave the car behind, take the bikes, and continue travelling with them. The main reasons being that we liked the idea to travel by bike only and, that the van is not really suited to travel outside of Europe too much. Insurance wise but also in terms of off-road capabilities.

If anyone is interested in meeting us in Greece, probably at the end of spring, and drive the van back to Belgium, feel free to send us an email at [email protected] :-).

And now, some more photos of Walter. 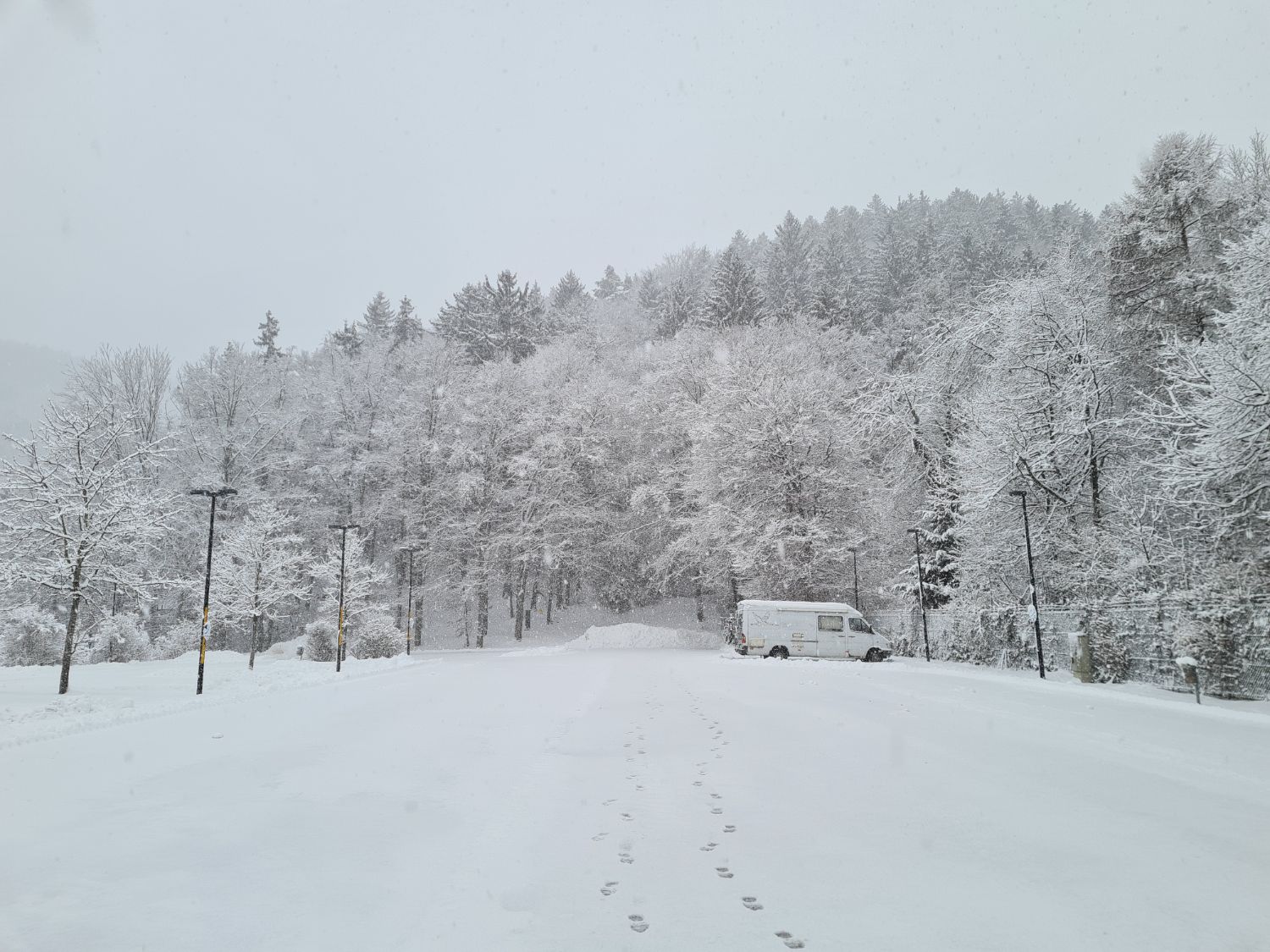 Walter in the snow 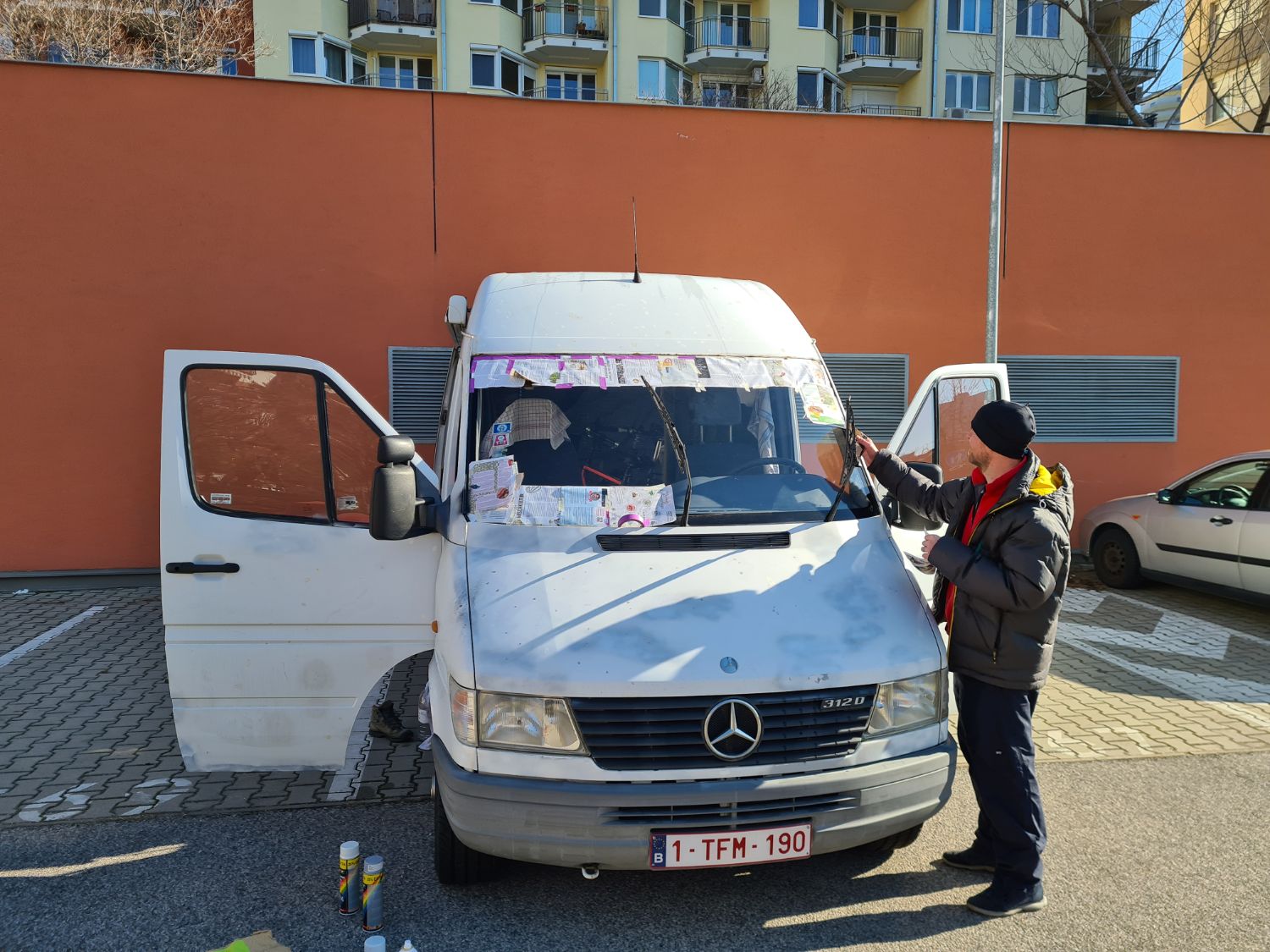 Fixing up the van with my cousin in Bratislava 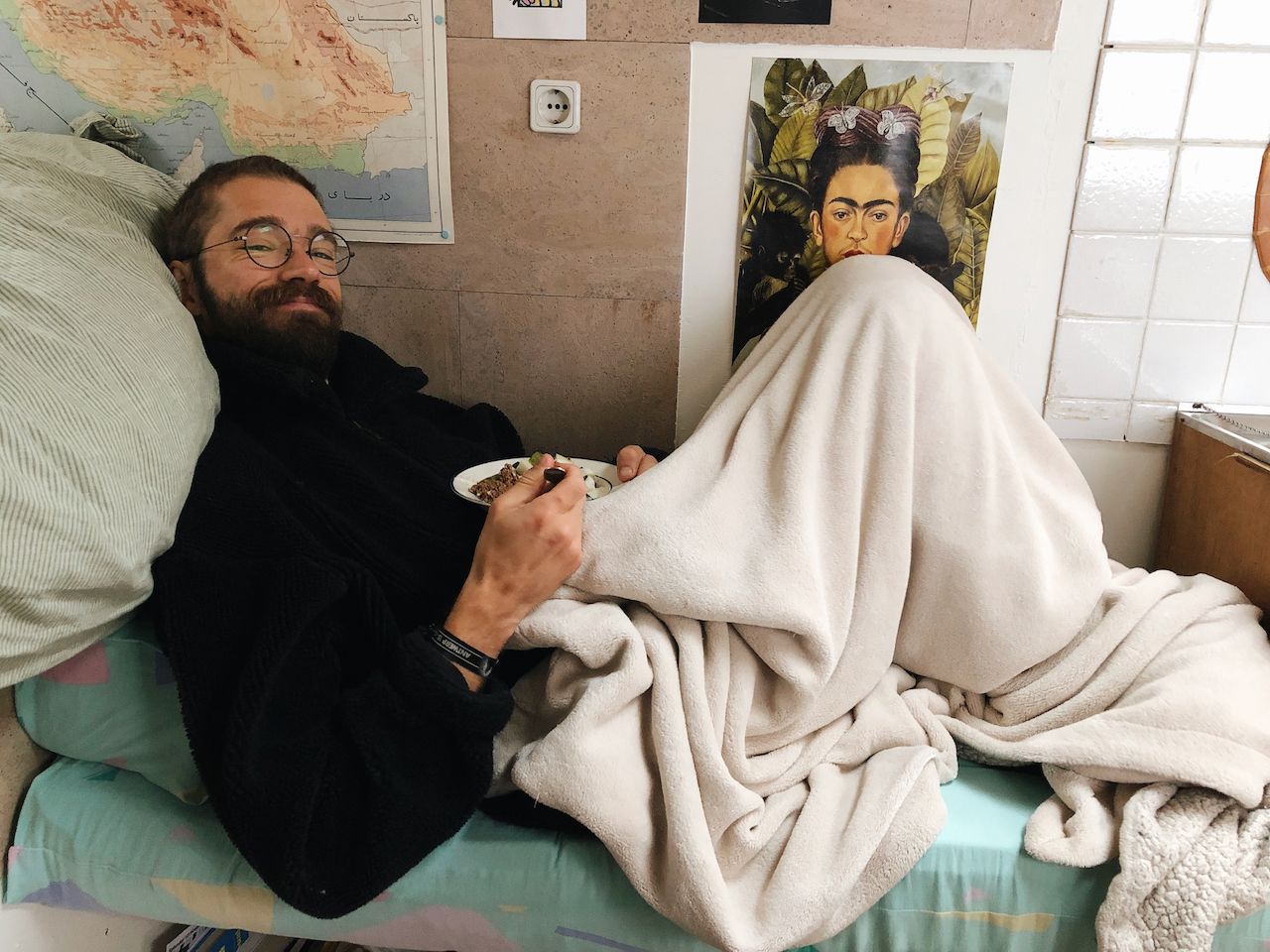 Breakfast on the couch 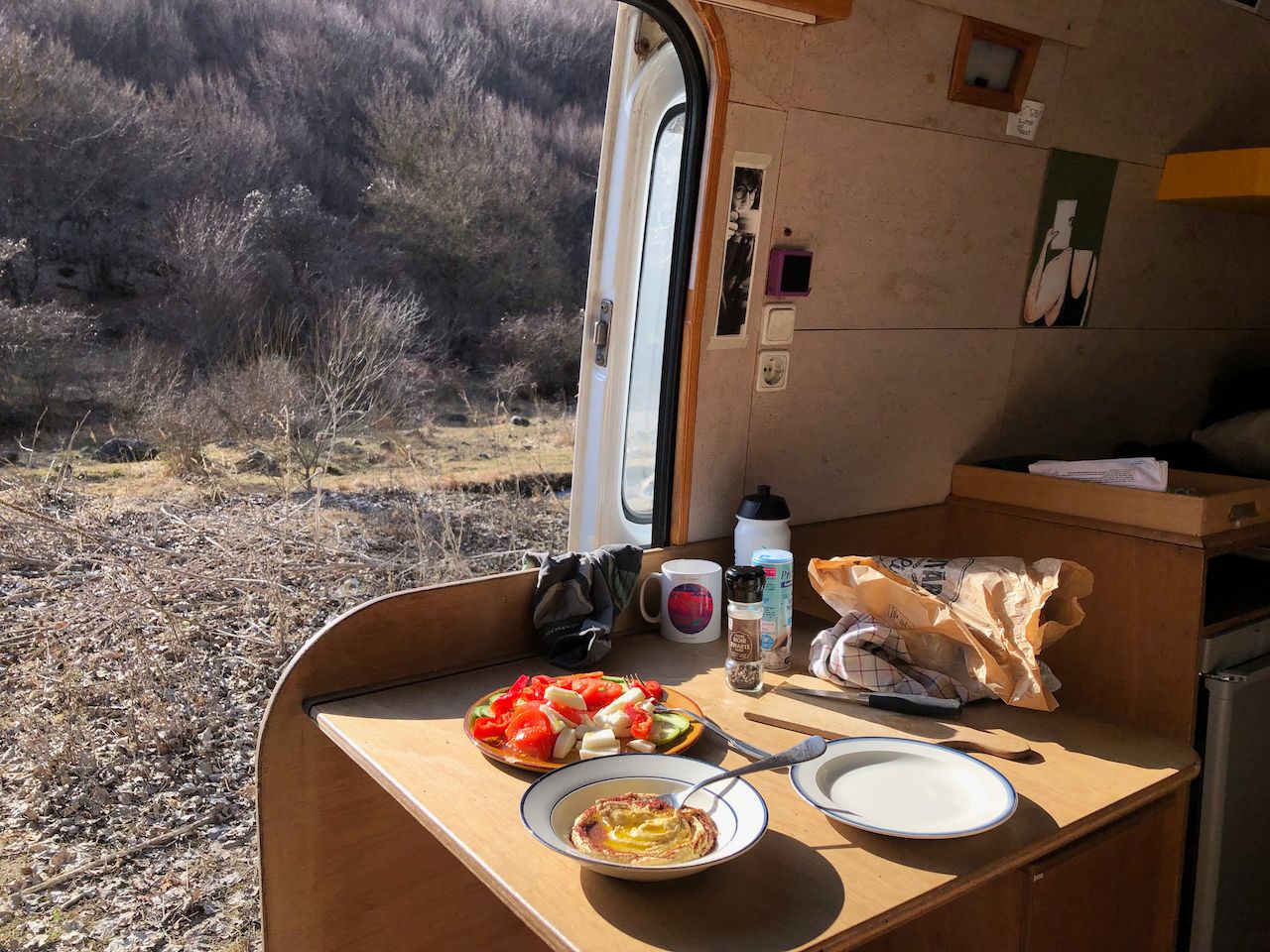 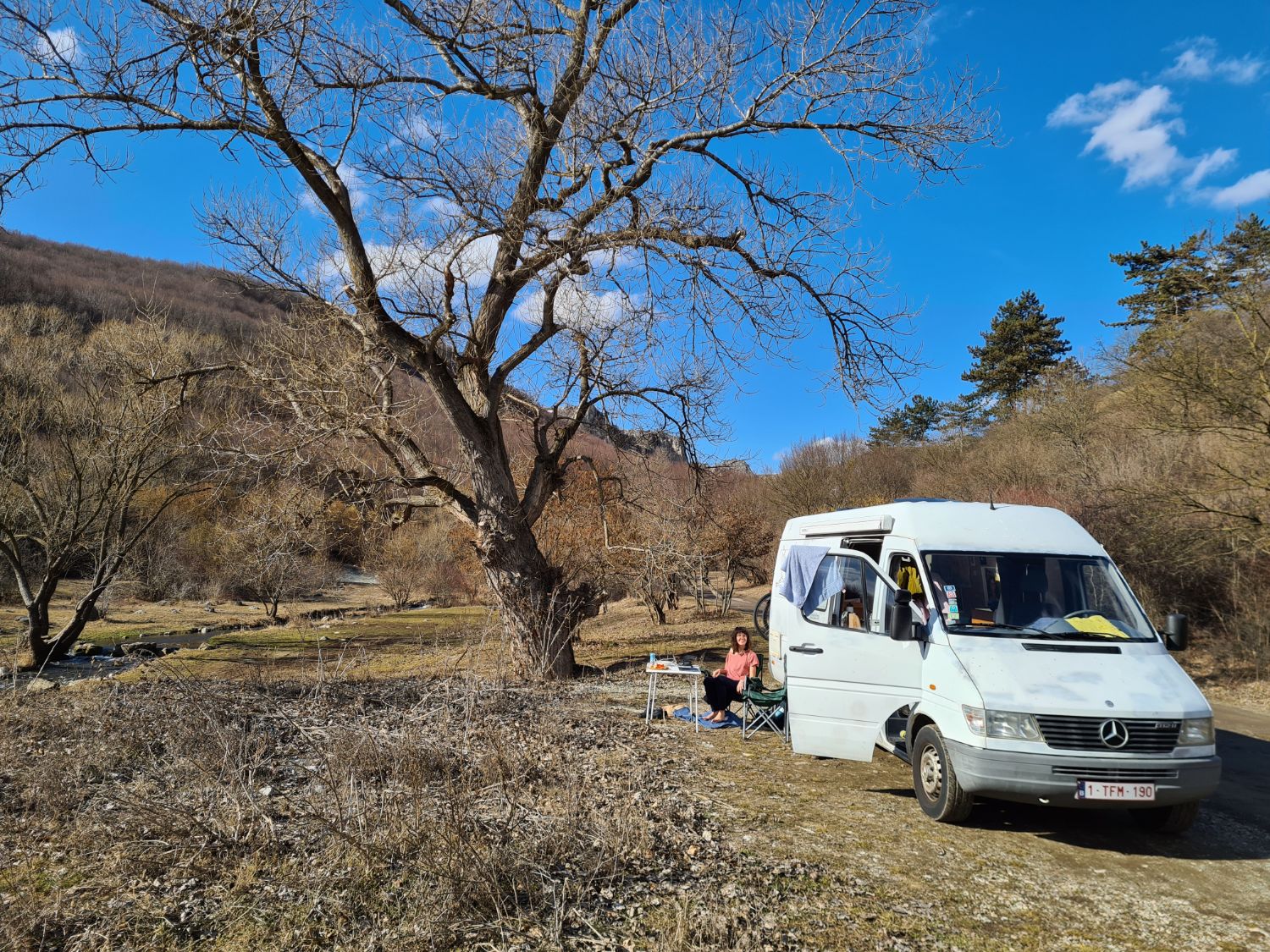