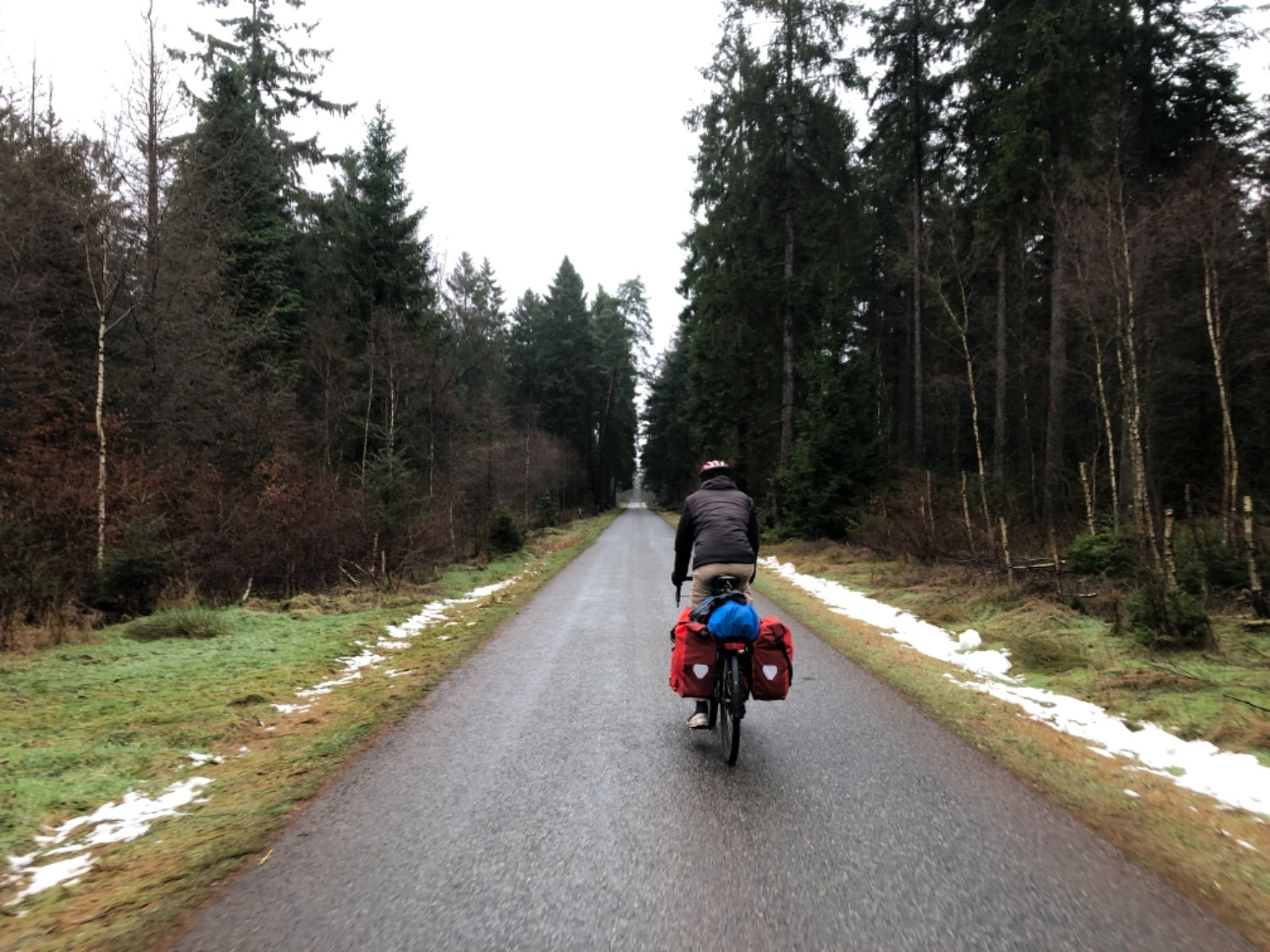 In the evening of 8 December we started preparing ourselves for another bike tour. We had found a good parking spot for the camper van with a super friendly owner of a camping shop in the north of Germany, next to the border of Denmark. He allowed us or, even better, proposed to us to park on their parking lot, hidden between all the other campers. Excellent! This gave us some peace of mind after what happened during our last bike tour. 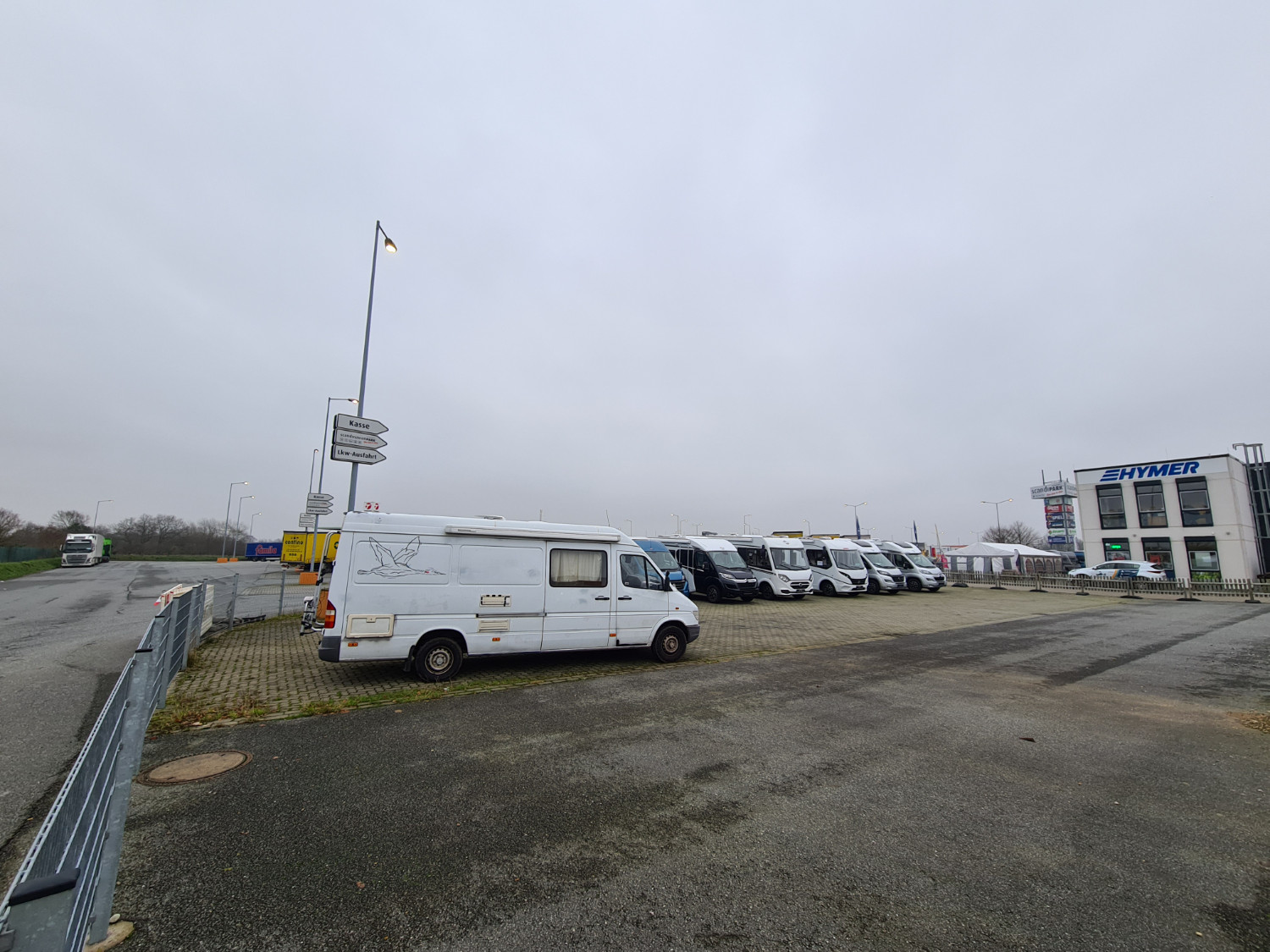 Walter between his buddies

We set off in the morning, not really knowing what to expect, having both never been in Denmark before. Our first goal was to reach Tineke’s family in the north, close to Ebeltoft, before Christmas.

We followed the marked trails of the National Cycle Route numbers 3, 4 and 5. The markings were almost perfect and the routes followed mostly bike lanes and nature paths. There is no one clear website that lists and describes these routes but luckily we found a website called Waymarked Trails from which we could download all the GPXs, in case we missed a sign or needed to take a small detour.

Excited and with the bikes fully loaded we drove past the border region's industry and farmer's fields and some shorter forest roads. After about 20 kilometers we arrived at a "primitiv overtnatningsplads". It was a place with a small wooden shack with tables and benches, a campfire place and a place to pitch the tent.

Looking at our map we found many more of those and decided to look for another "primitiv" place the next day. But first, I needed to cycle the first 20 km back to the car to double check if we really turned off the gas and electricity. We did. Oops. 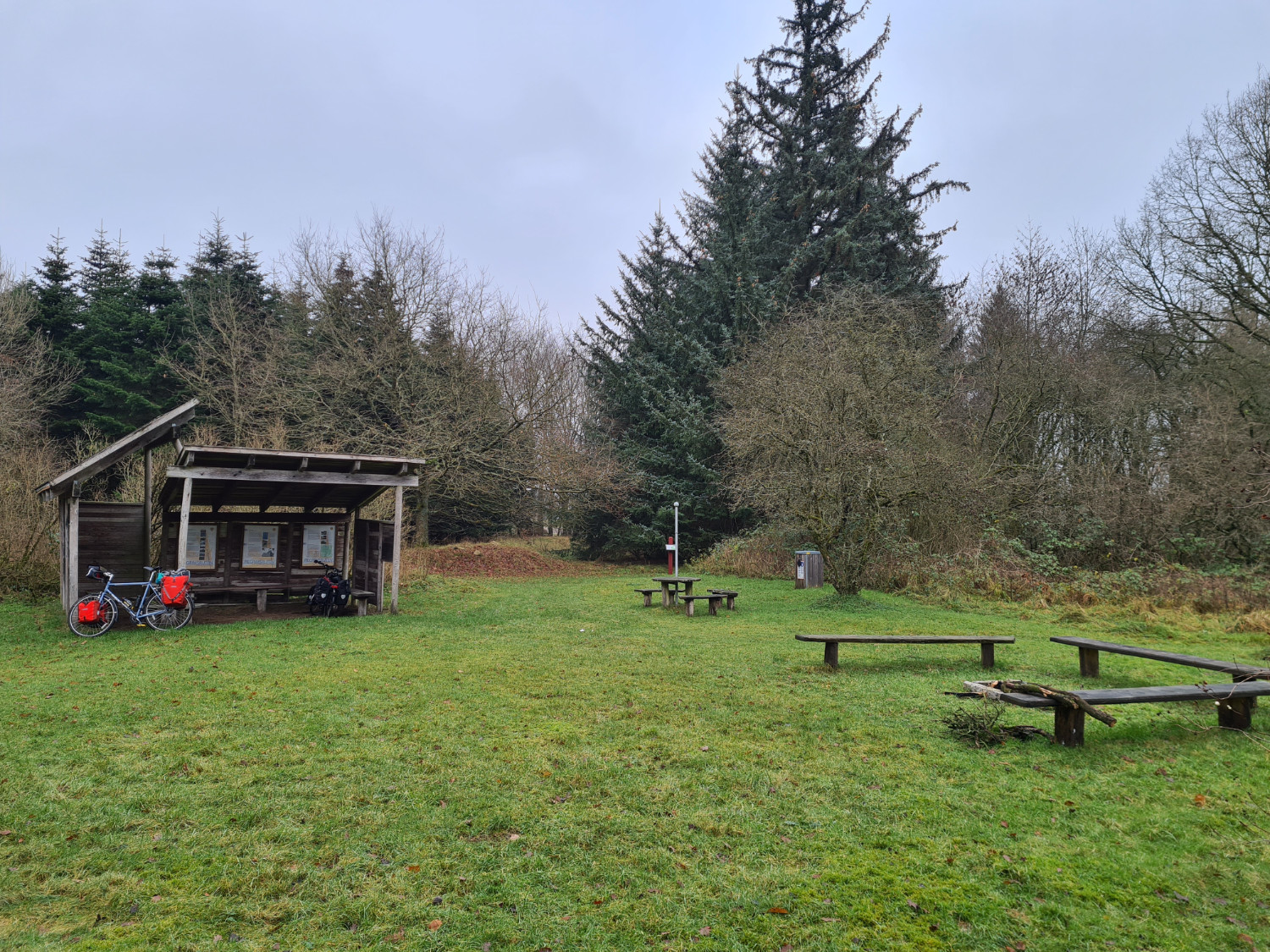 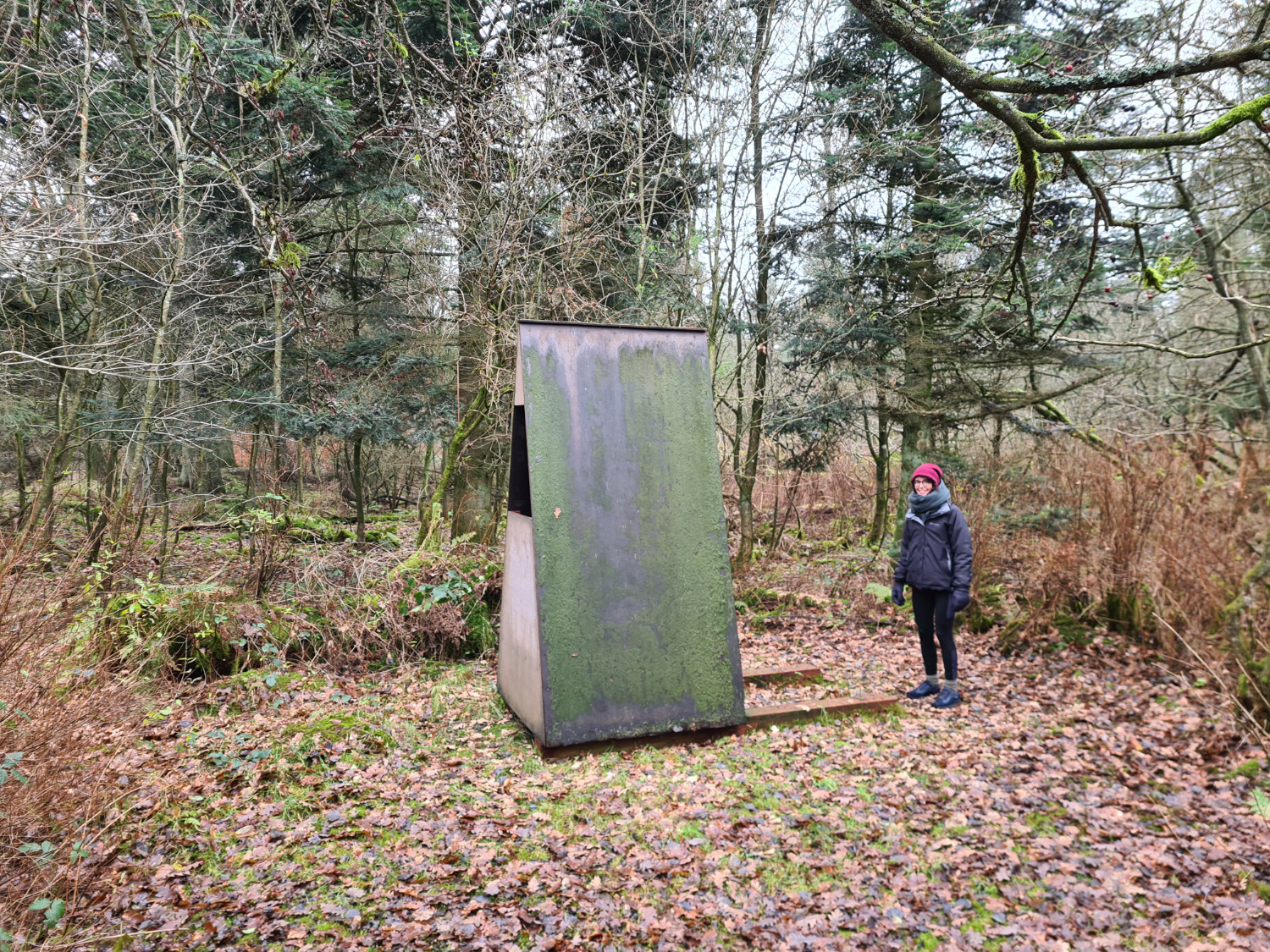 The first couple of days of the trip we cycled north on a mostly flat route along fields and villages and small towns. In the afternoon of the second day a nice couple showed us the way to our first shelter place. A free to use wooden shelter, with free firewood. We found many more of those places during the whole trip. Each of them had between one and five shelters, mostly in the forest but sometimes in the village center. How amazing. 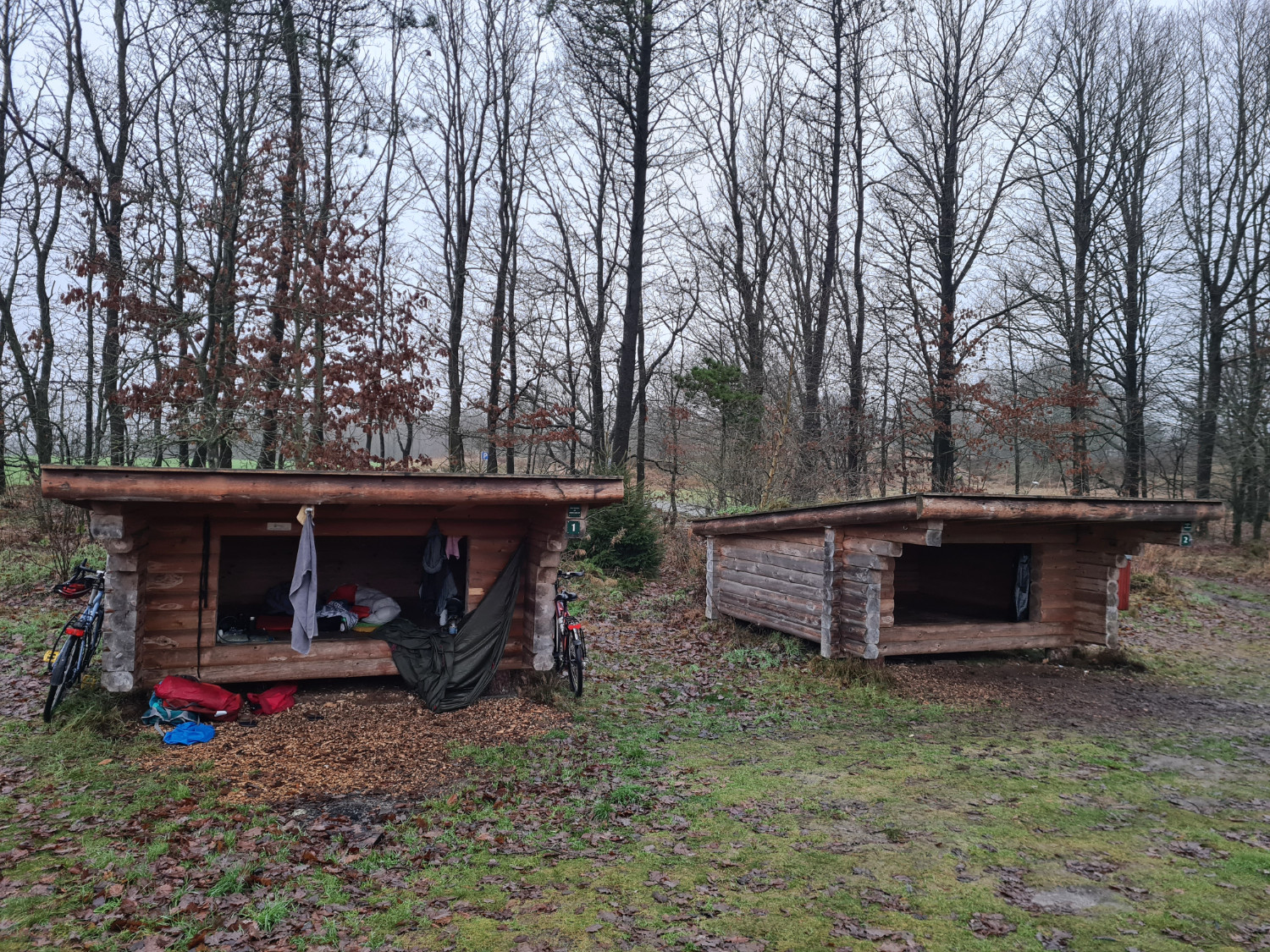 Having those shelters around was great because we never really had to worry about finding a place to sleep. And, because the days got quite short, it allowed us to continue cycling in the dark towards the end of the day. This kept us from having to stop at 15:30 and getting cold waiting to go to sleep.

The only thing was that we were never inclined to pitch our tent, which maybe would've helped with the cold during some nights. A few times, however, we kind of did both and pitched the tent inside the shelter: 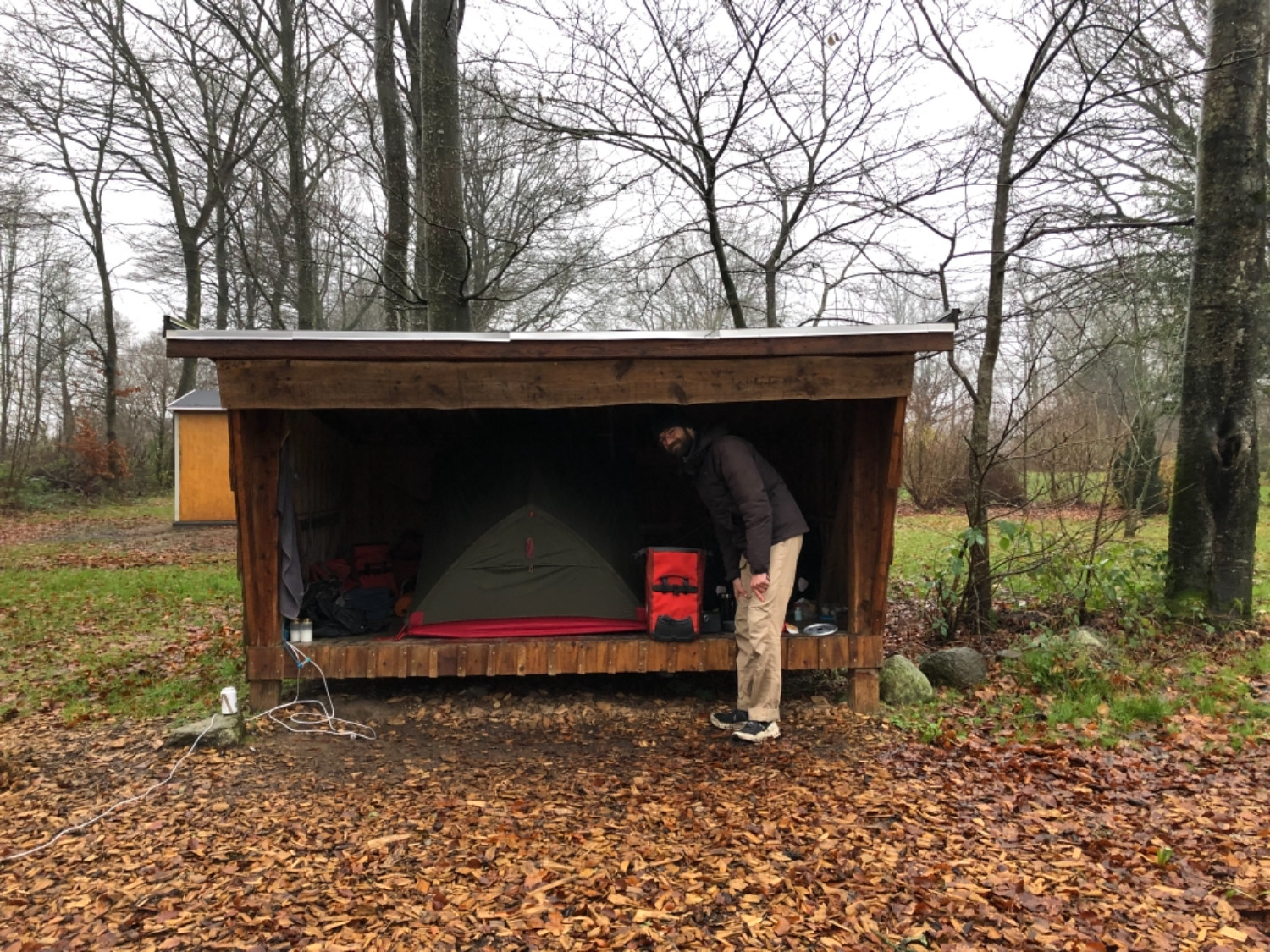 Double trouble: a tent in a shelter

During the first part of our trip in Denmark the weather was relatively good. It was not too cold yet and it almost didn't rain. The roads were maintained for winter conditions though, which meant that there was a lot of salt on it. Salt, cold and mud don't play nice with the bike's components and it wasn't before long that we had our first issues.

During a steeper climb on a gravel road Tineke's chain broke in half. Luckily I had a multitool and before we left I had watched a video on how to fix this exact problem. After 15 minutes, black fingers and a slightly shorter chain we were back on the road. 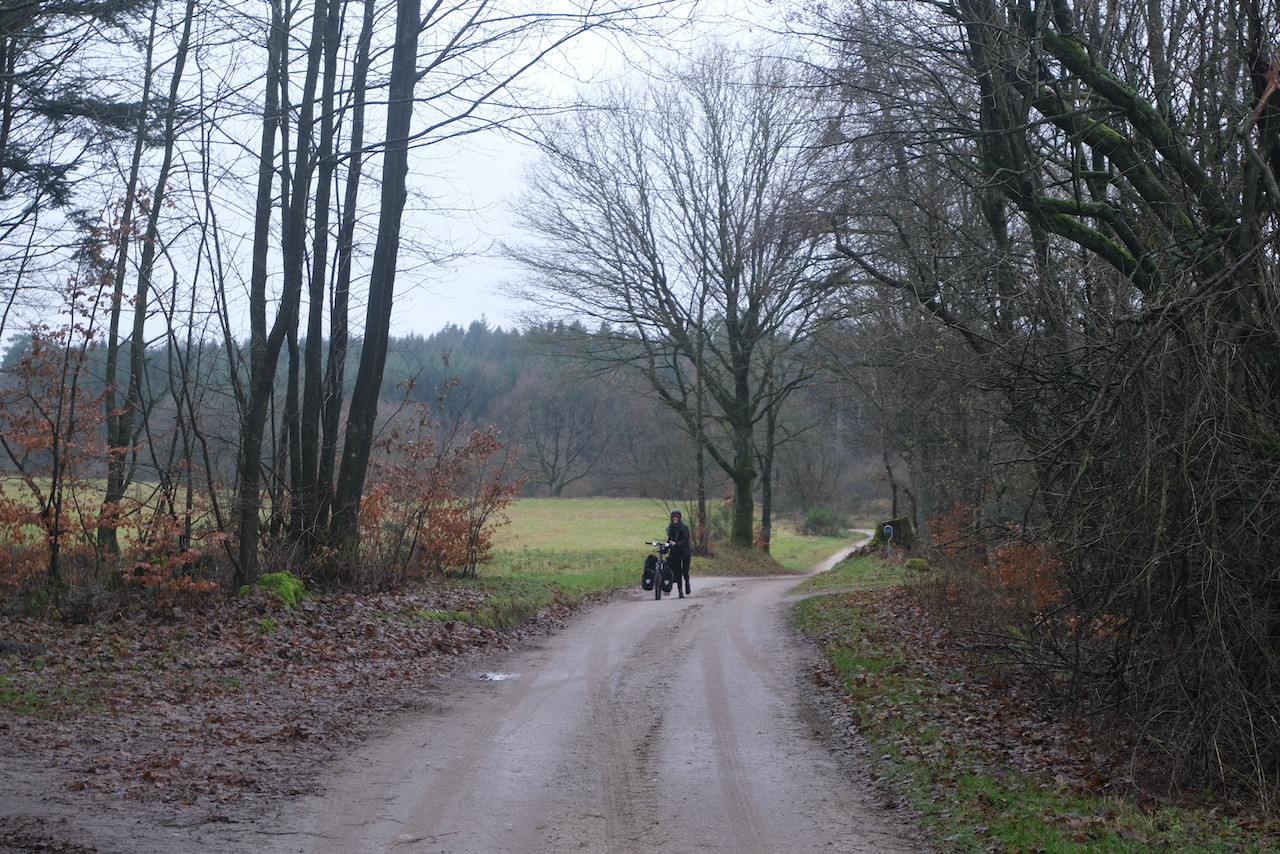 Difficult cycling up with a broken chain 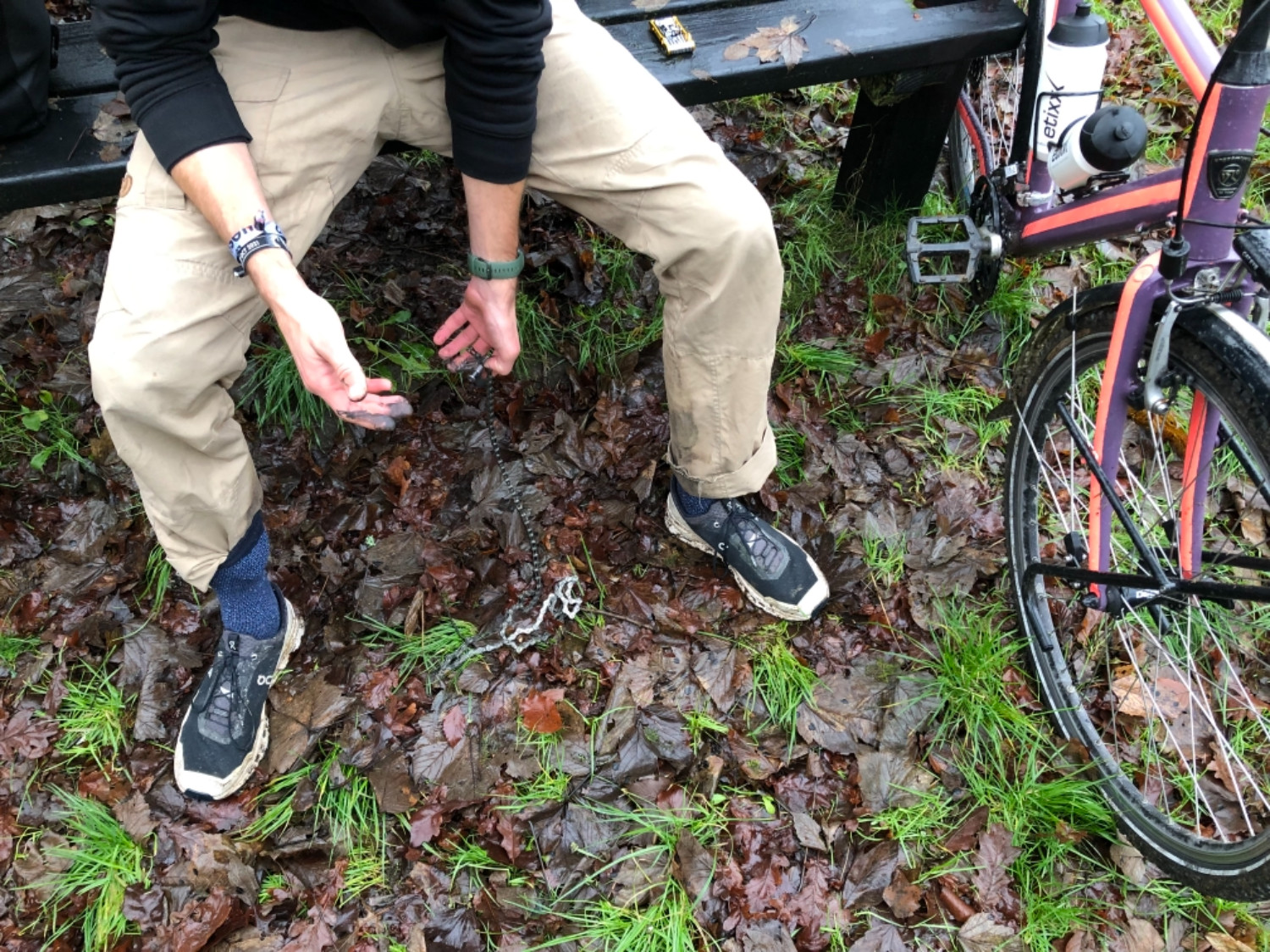 After a good week we ended up in Aarhus or Århus where we couchsurfed for two days with a nice couple. We went to the cinema and had some beers and good food together. Just in time as well because the next day the cinemas were closing down again. 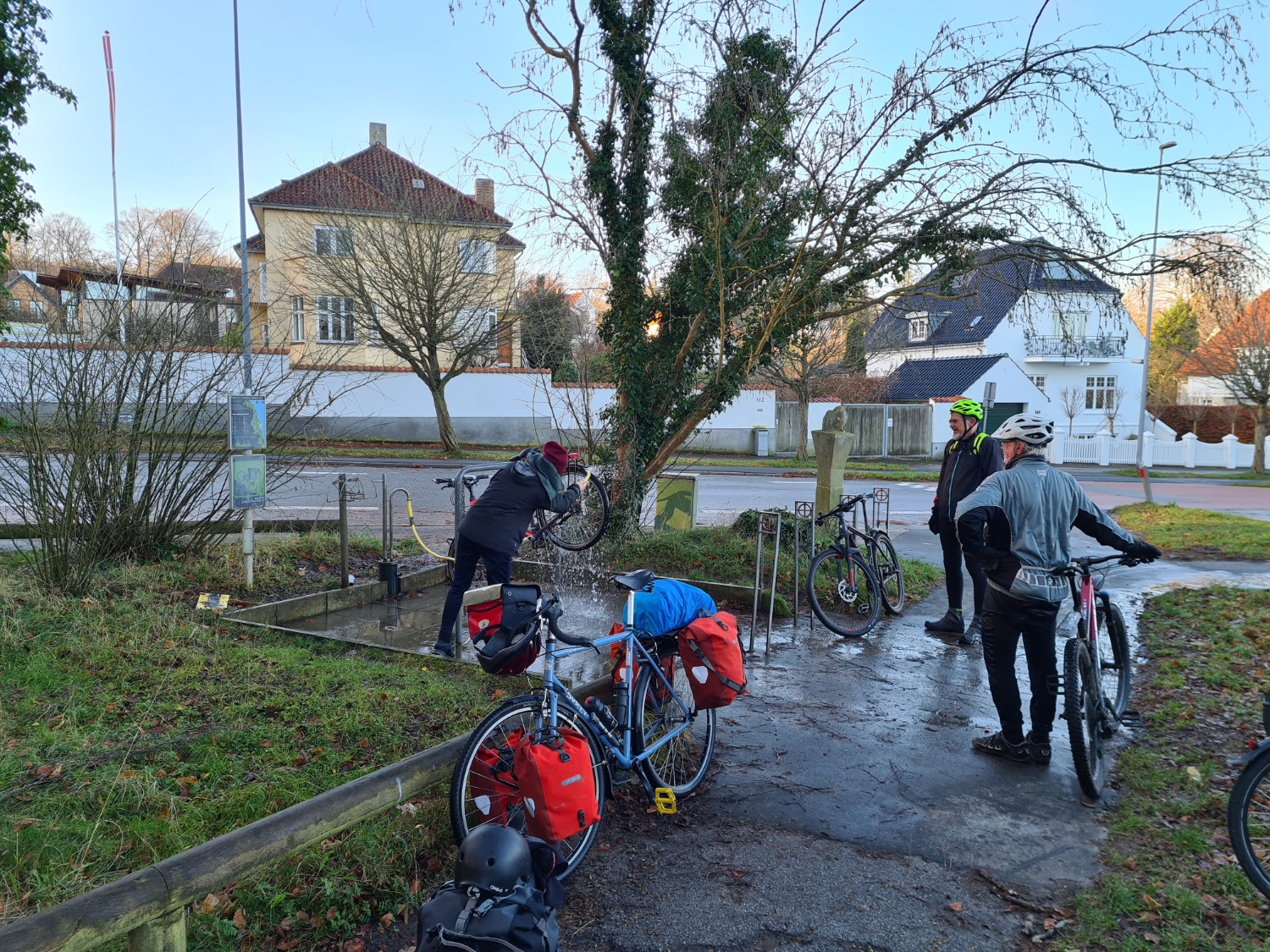 Approving looks from the locals 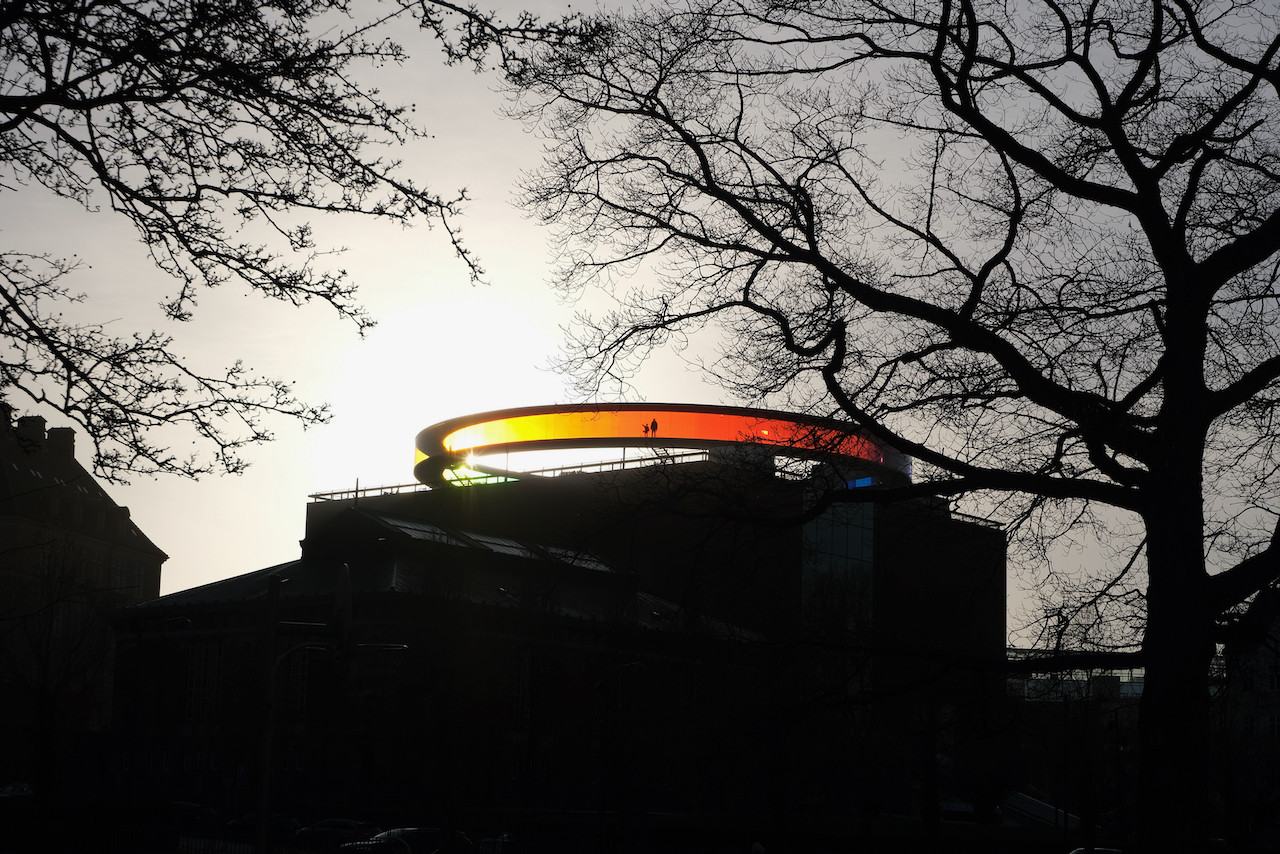 It's a bummer that the original Couchsurfing platform has become somewhat difficult to use. It has become a paying service and there are some disagreements between the community and the company causing many people to stop using it. There are a few new platforms popping up but none have the scale of Couchsurfing yet. We're currently using a combinaton of Trustroots, BeWelcome and Couchers.

About ten kilometer outside of Aarhus, Tineke's uncle came and fetched us with his van so we could spend the weekend at their place a bit north of Ebeltoft. They run a family business there called Bobman where they make nice looking machines for farmers. 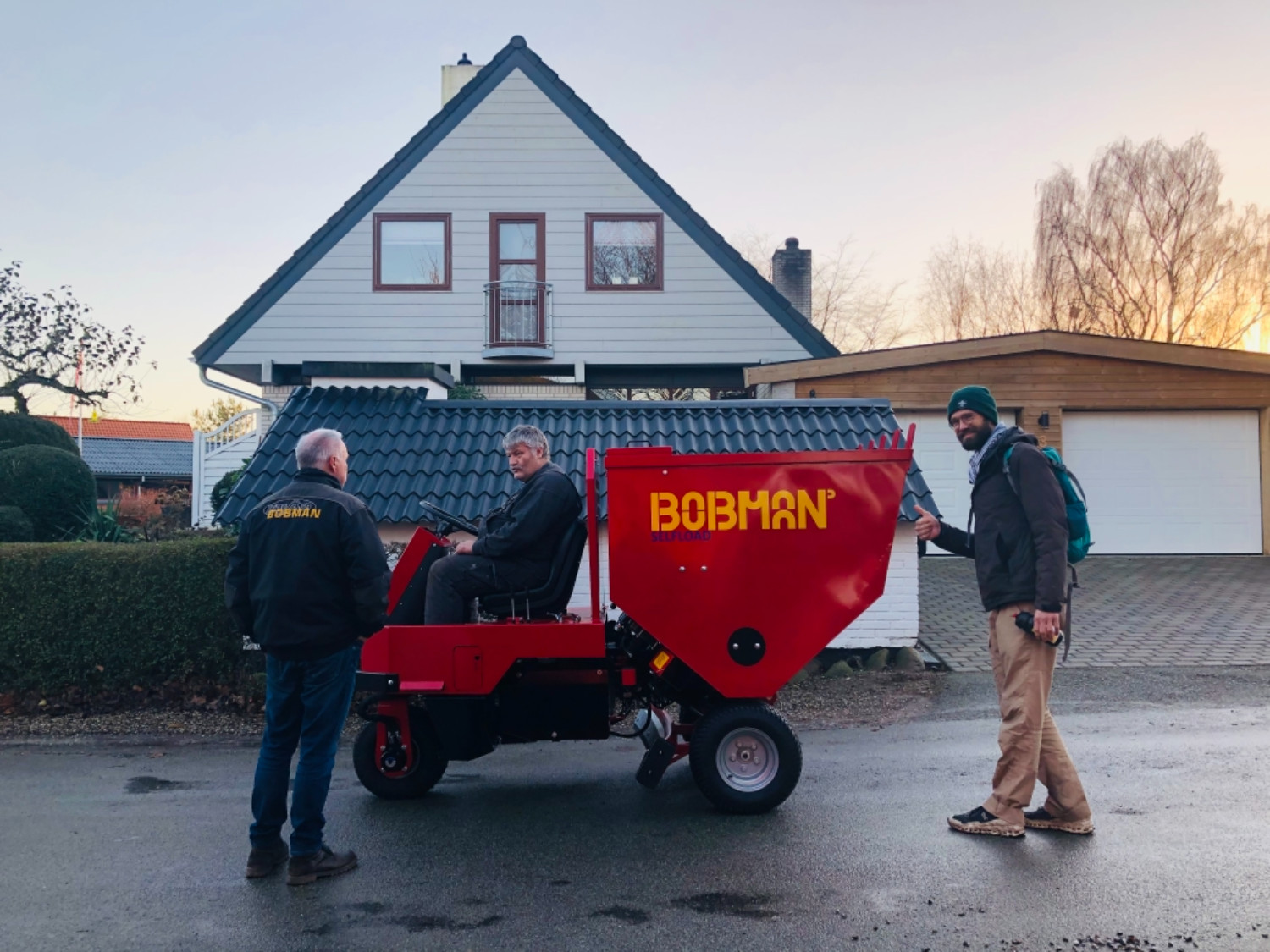 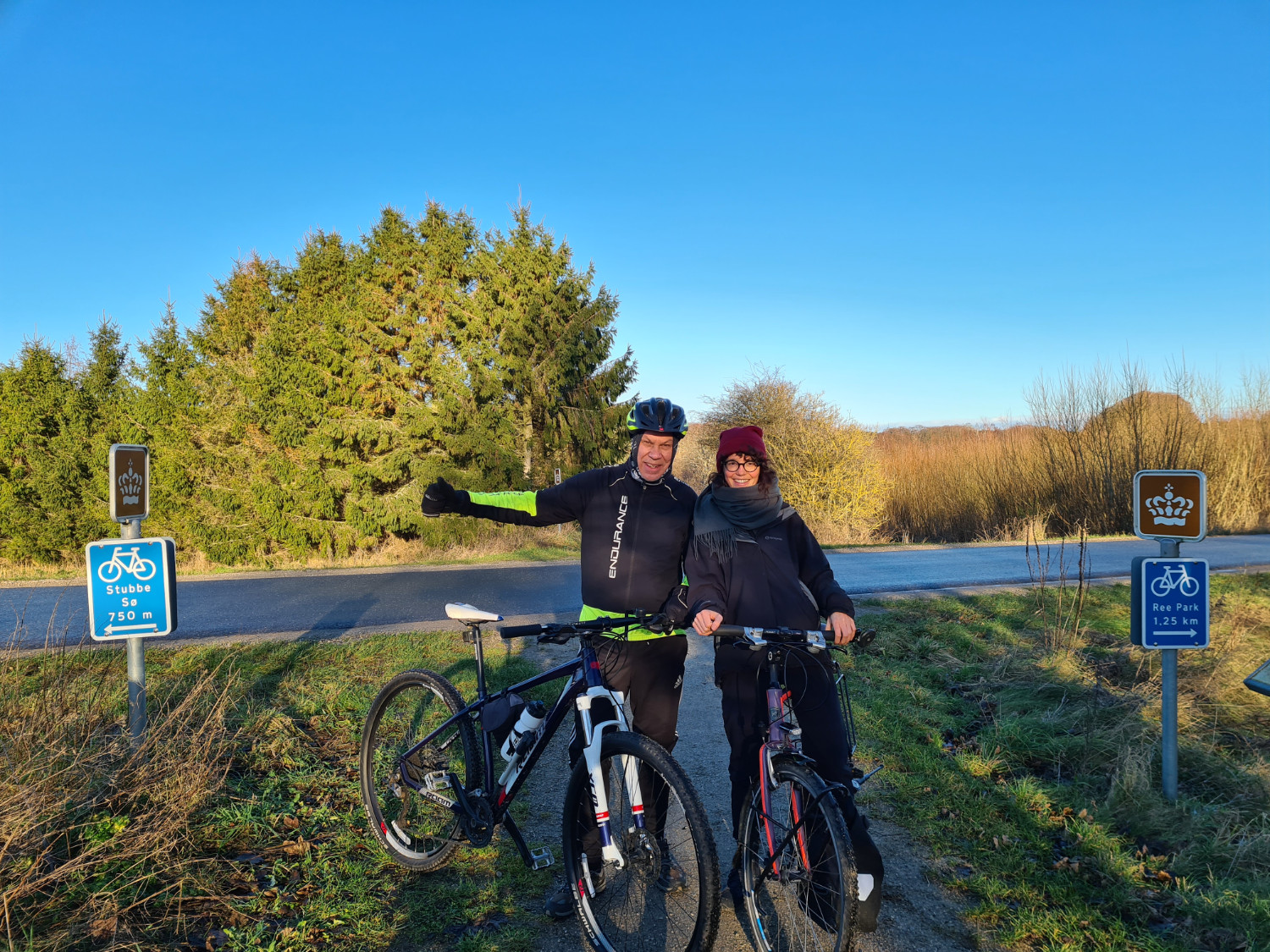 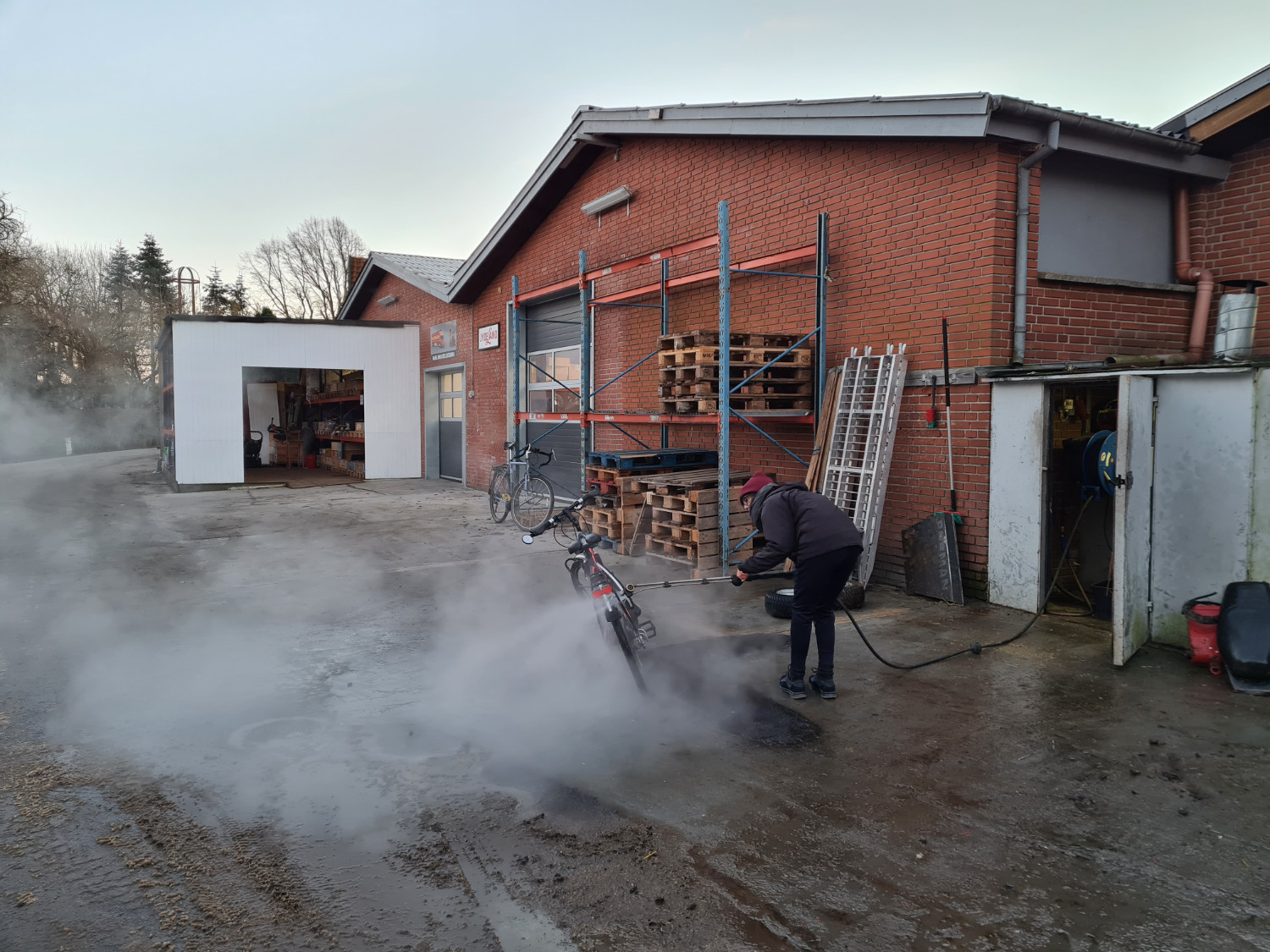 All in all we had a good first ten days in Denmark. We arrived a bit earlier than expected and we decided not to spend Christmas with the family. This meant we were probably spending it in a shelter further down in Denmark. We had had the shortest day of the winter though (only 6 hours and 51 minutes), on 21 December in combination with being so far north. And we were looking forward to having more daylight. After leaving the family we started travelling south again which meant that the days would only get longer. 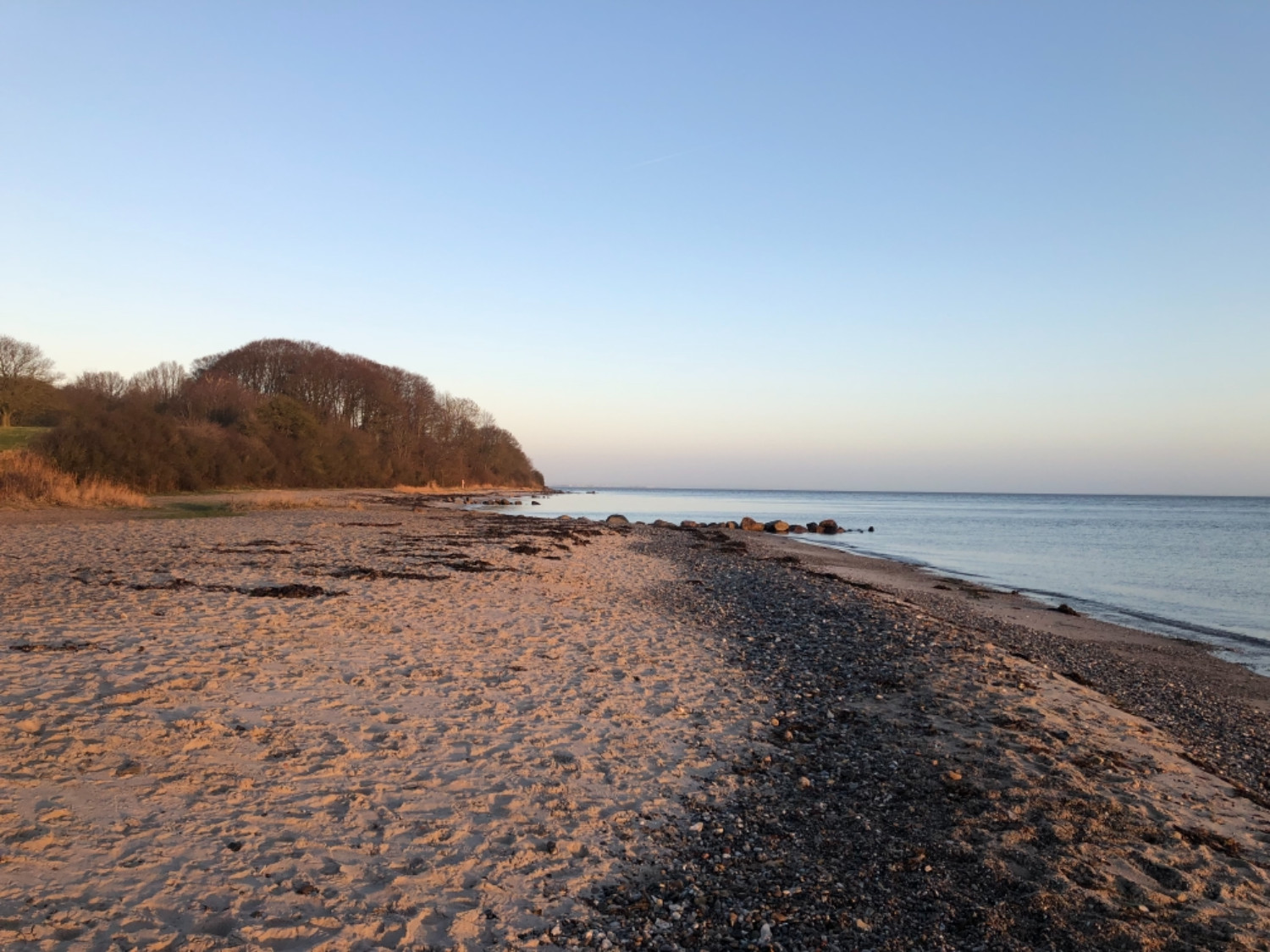 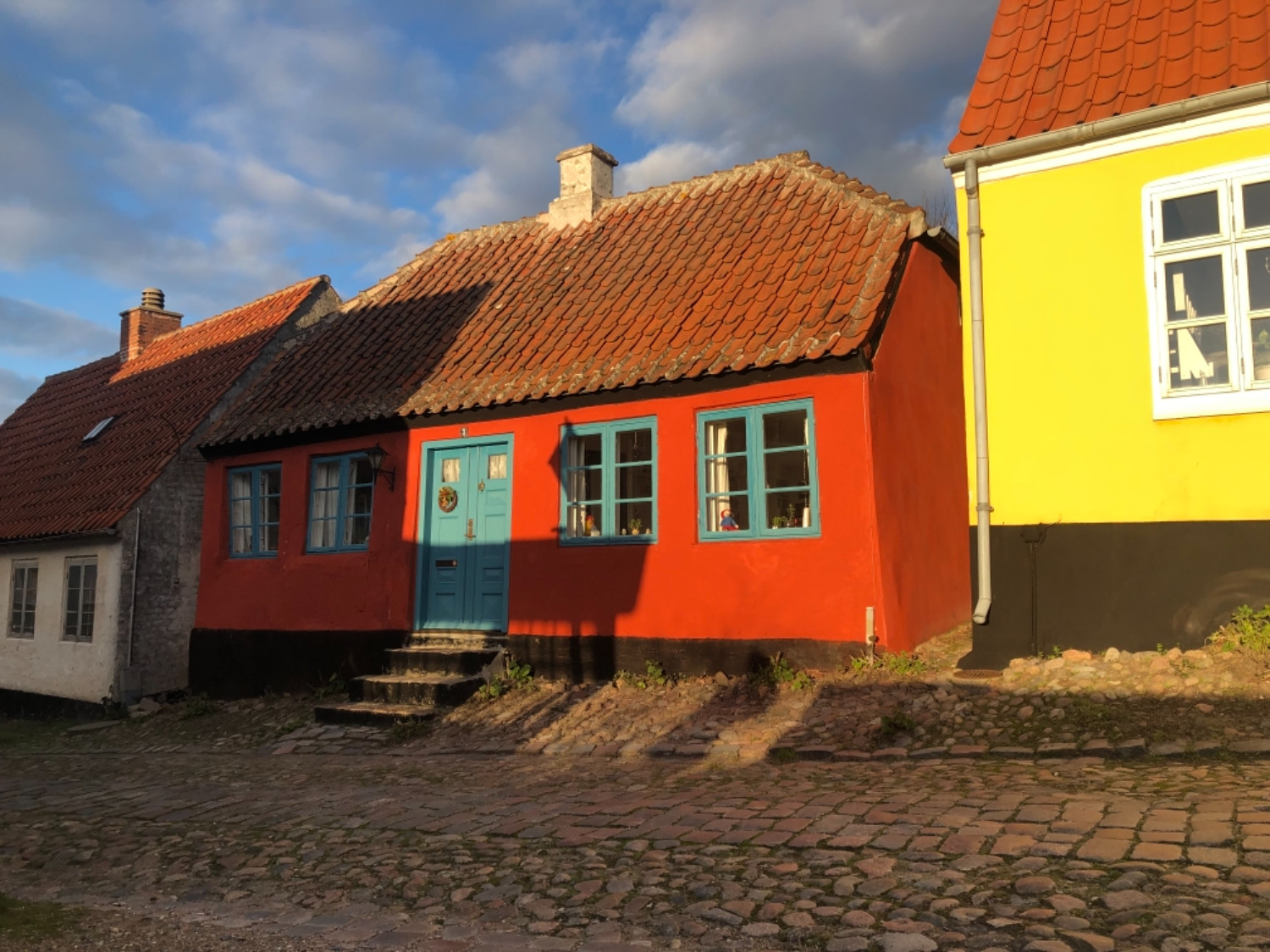 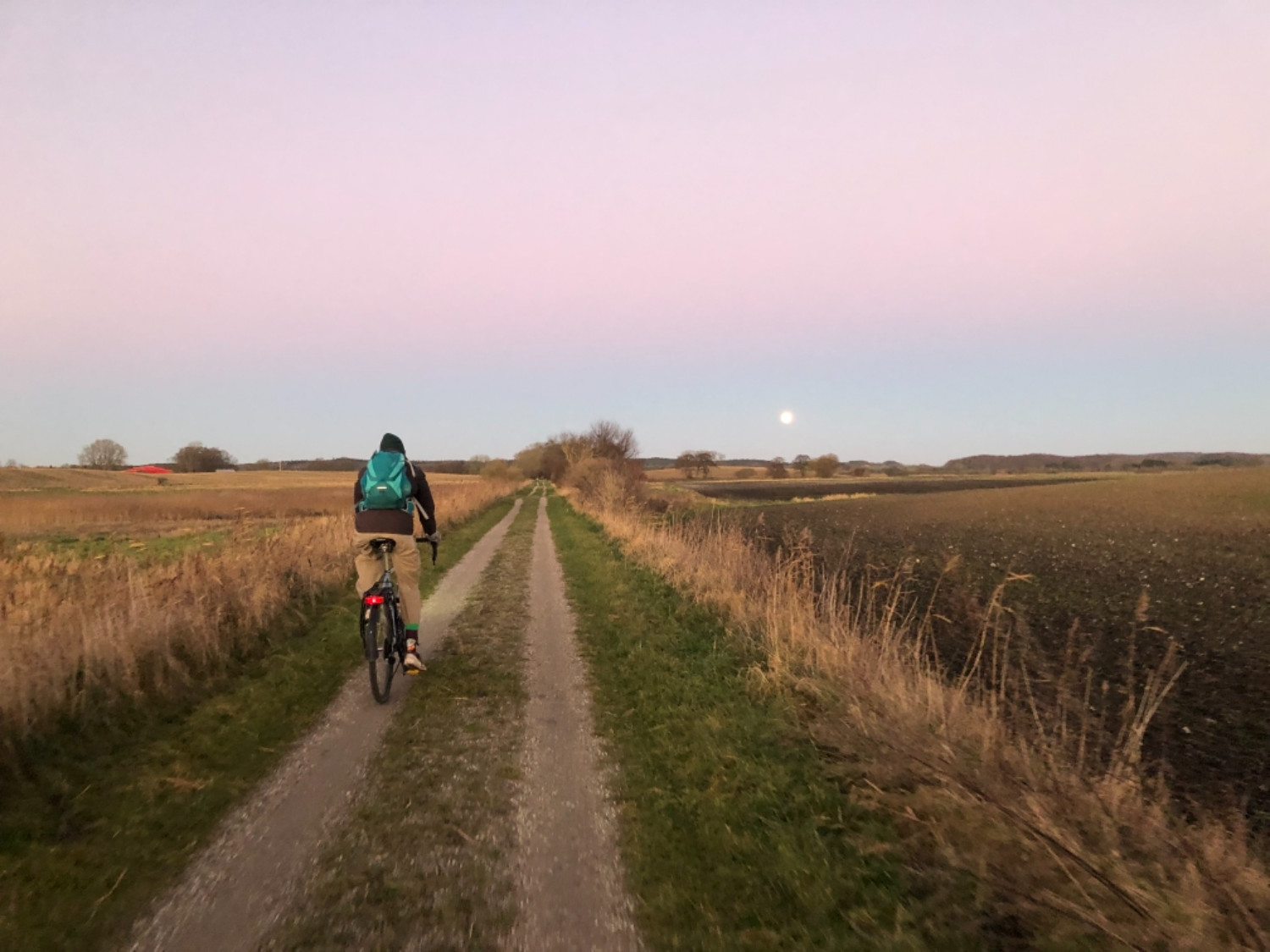 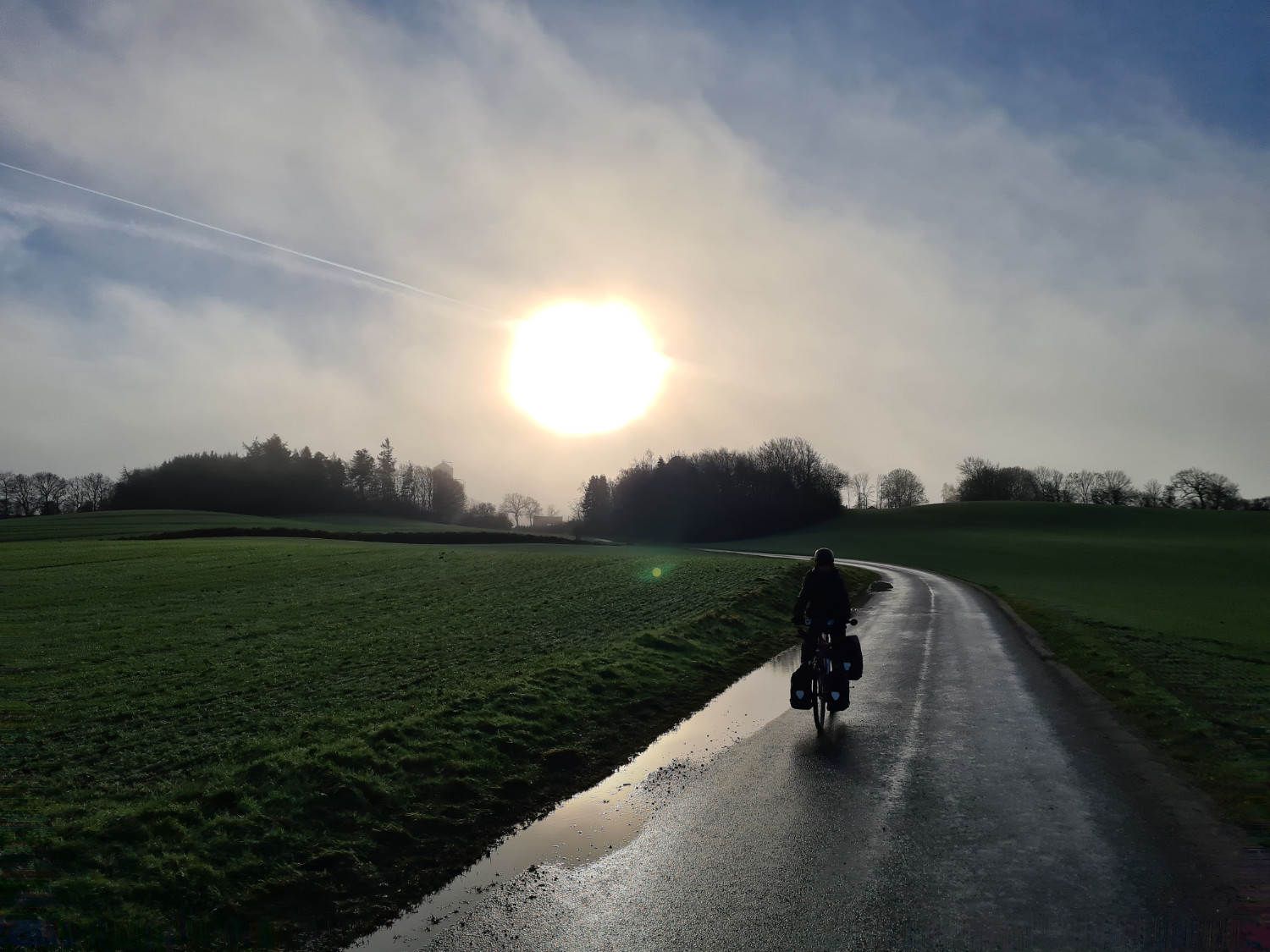 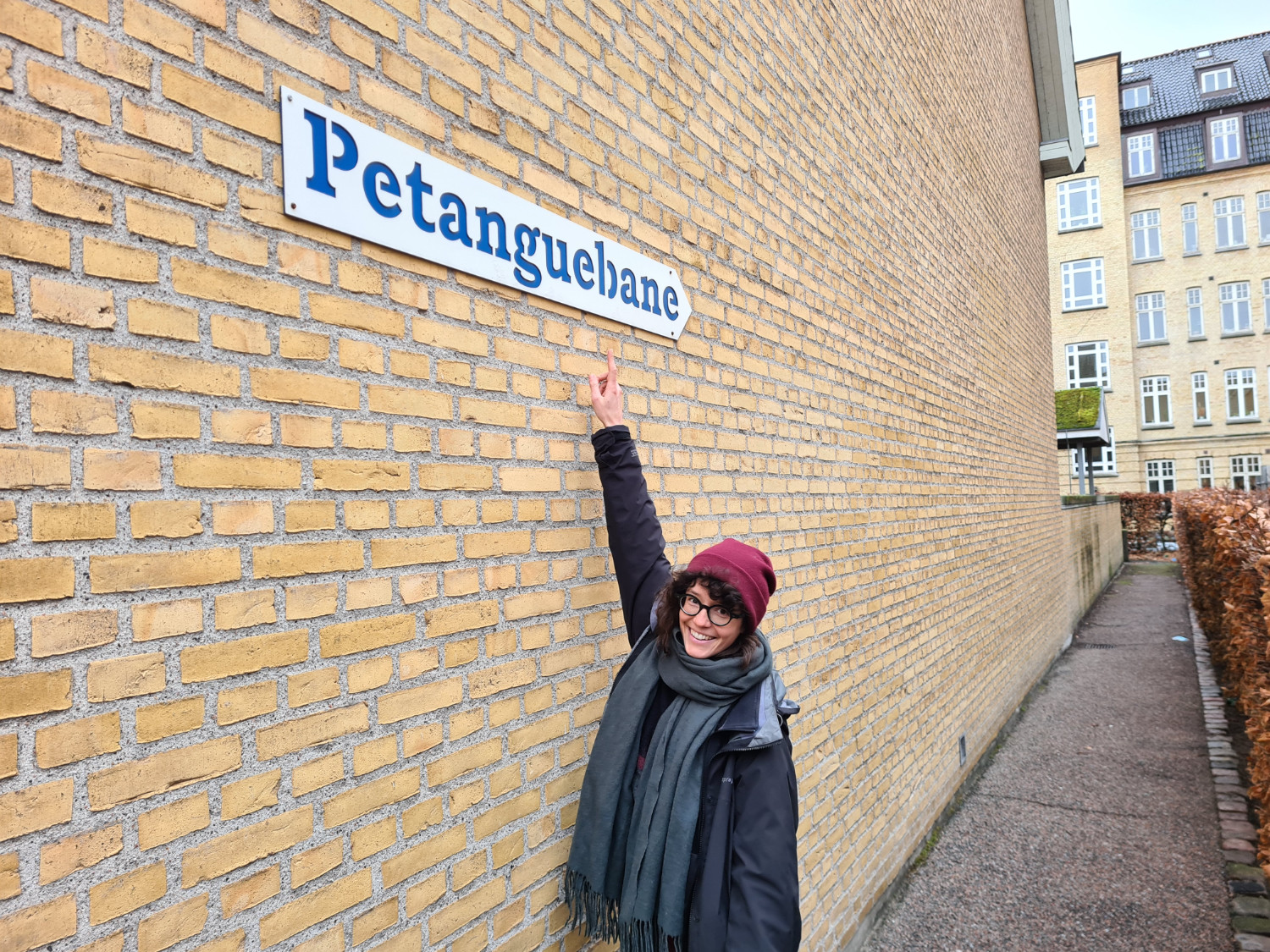 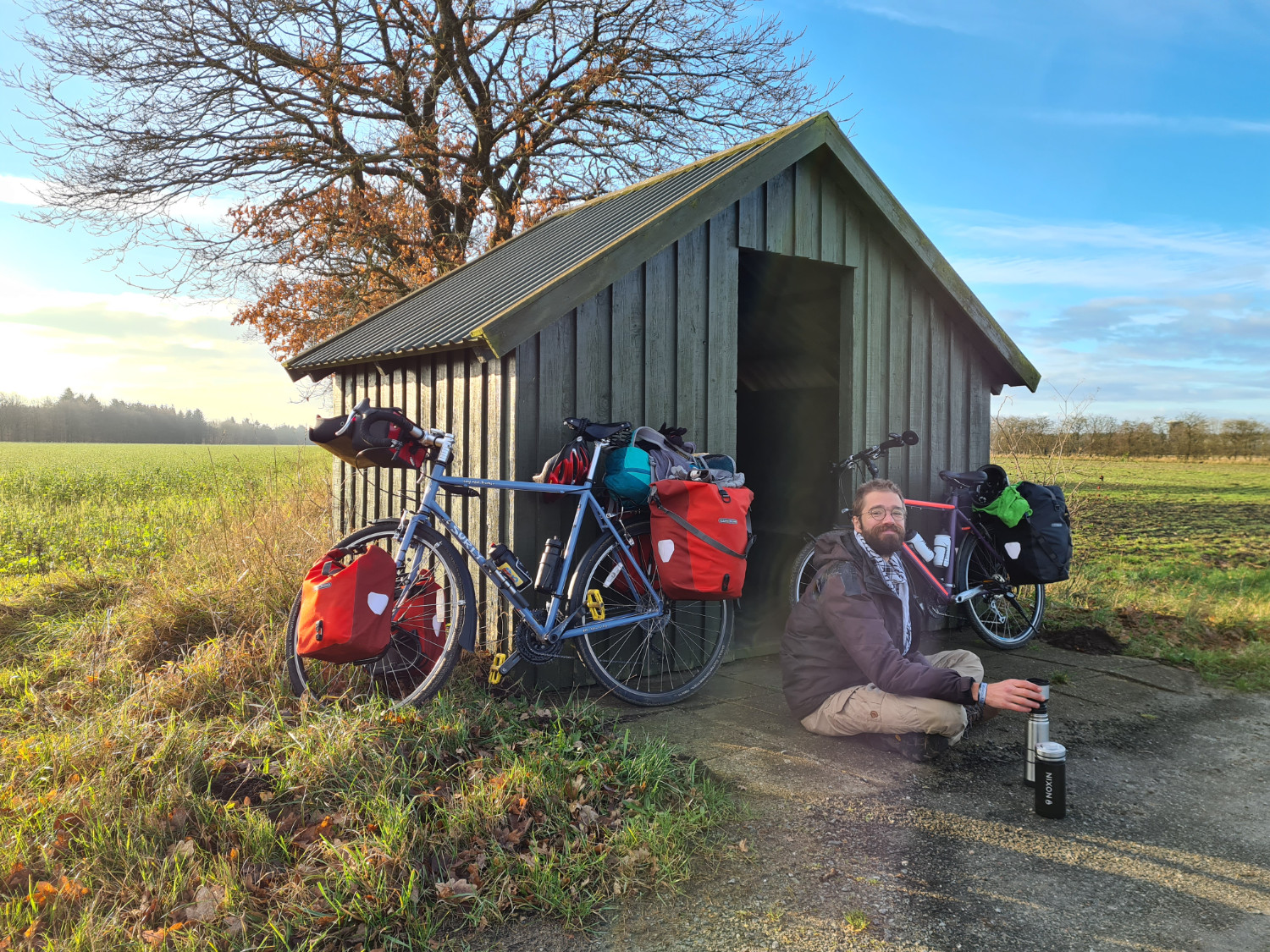 Snack time in the sun; not a shelter