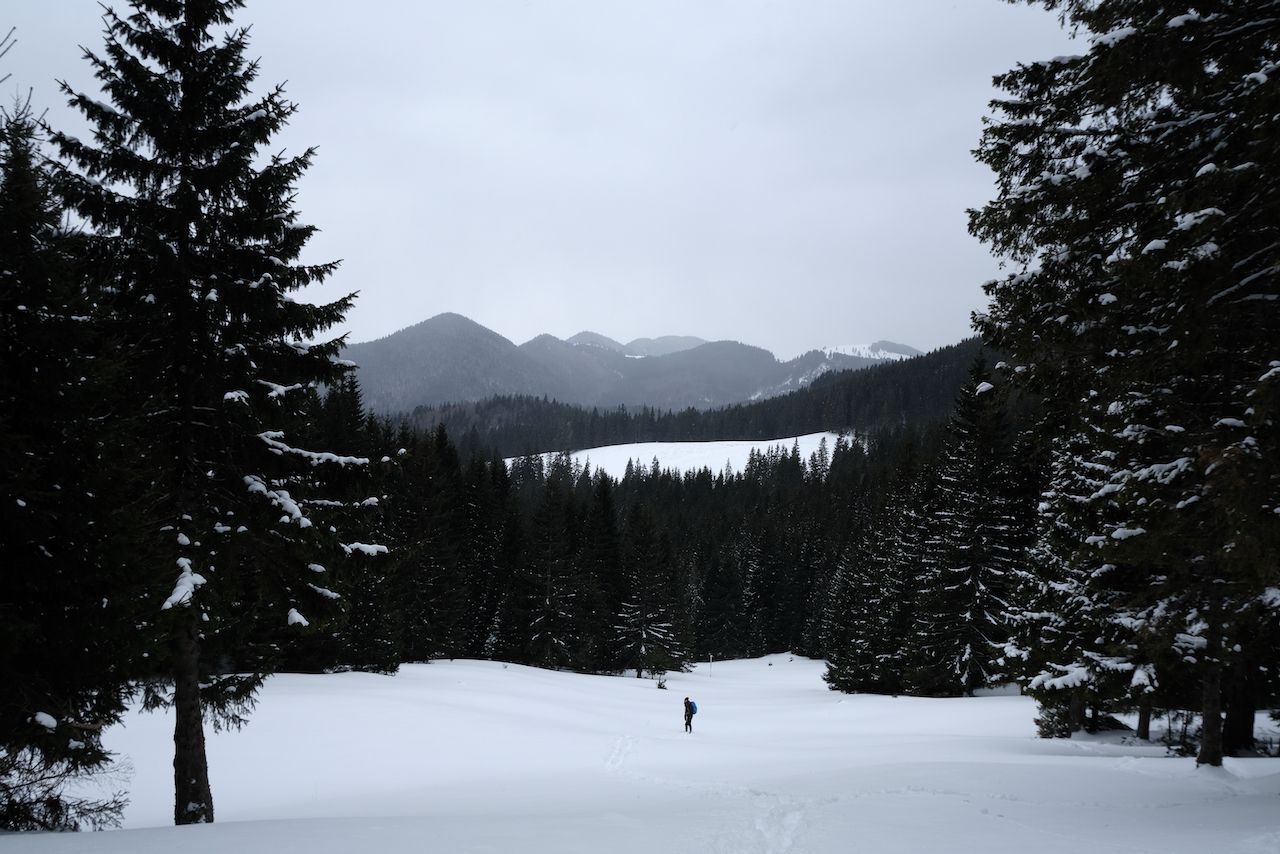 Parked just next to the border of Serbia, but still in Romania, it is time to reflect on our three-week stay here. I had been in Romania before and was looking forward a lot to exploring a bit more. Although, I can say that I still don't like (most of) the dogs here. 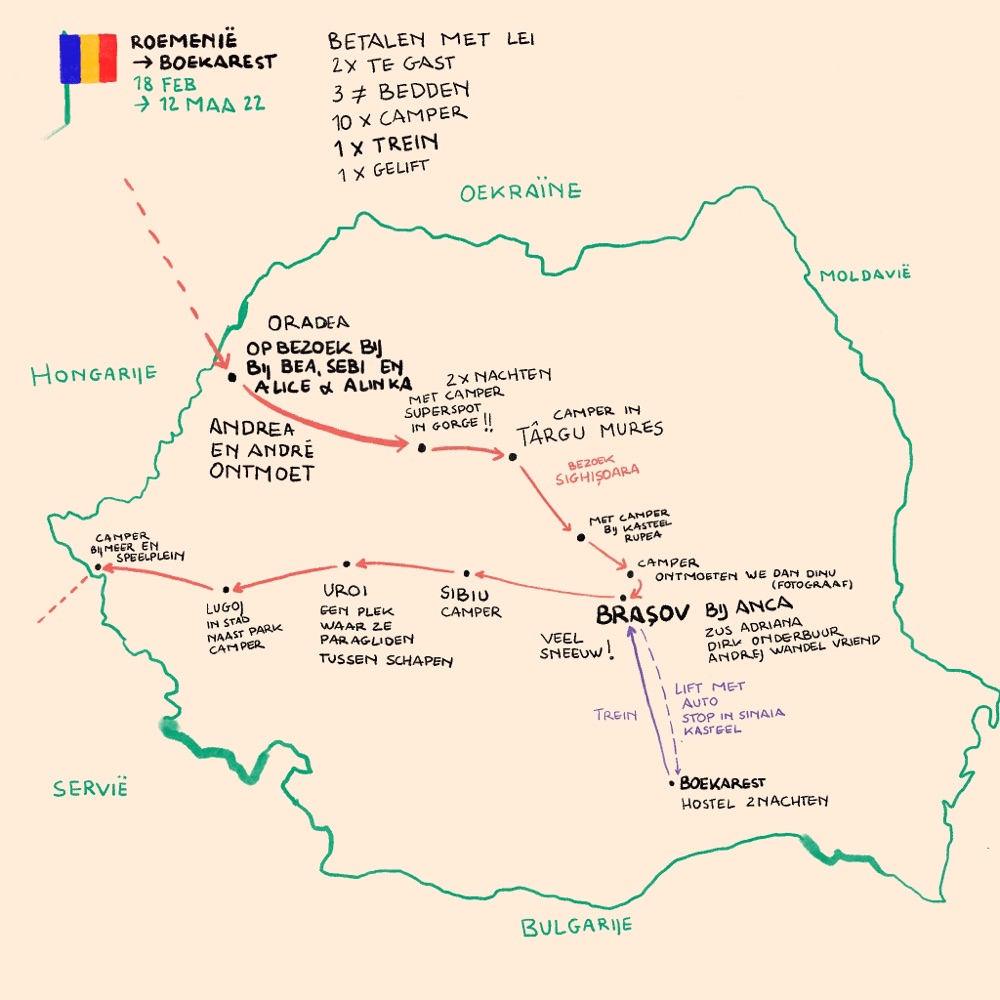 We started our journey in Oradea, where we met up with Bea, a friend I met through Couchsurfing on my previous trip. We met again when she visited me in Ghent, so now, it was time to come back here. Like the last time I was at her place, we were again very welcome and had a good time.

In the time since I last saw her, she has had twins, so the experience was naturally a little different, but definitely not less adventurous. We went out for a nice hike along a river and, although we did not go far in distance, we still managed to spend a couple of hours outside and have a lot of fun. The kids loved the outdoors! 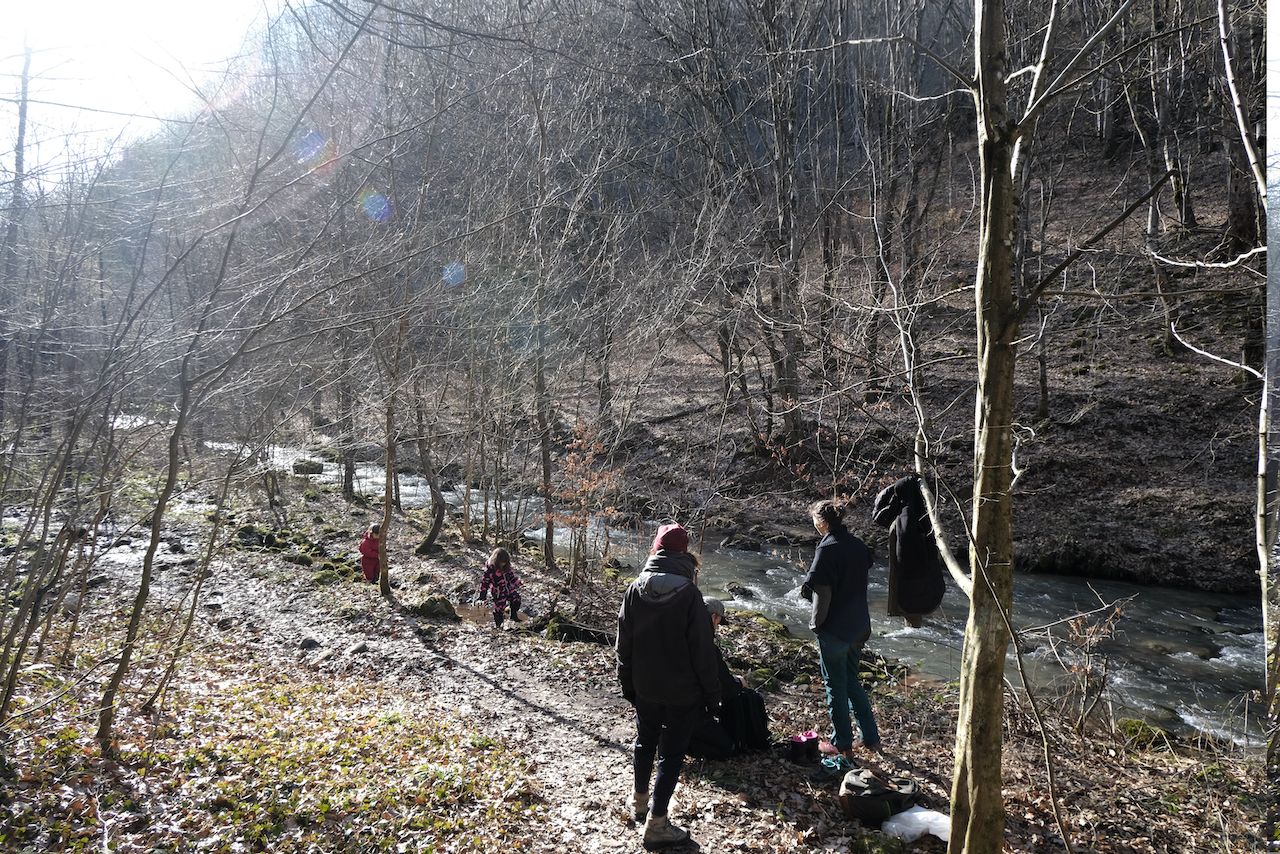 Hiking with Bea, Sebi and their twins

Before Romania, we travelled in Austria and Slovakia where it was still quite cold and snowy at times, which we enjoyed, but, we were secretly looking forward to some warmer days. Luckily, during the first week in Romania it felt like spring was just around the corner during some sunny days and we managed to sit, and even wash ourselves outside. 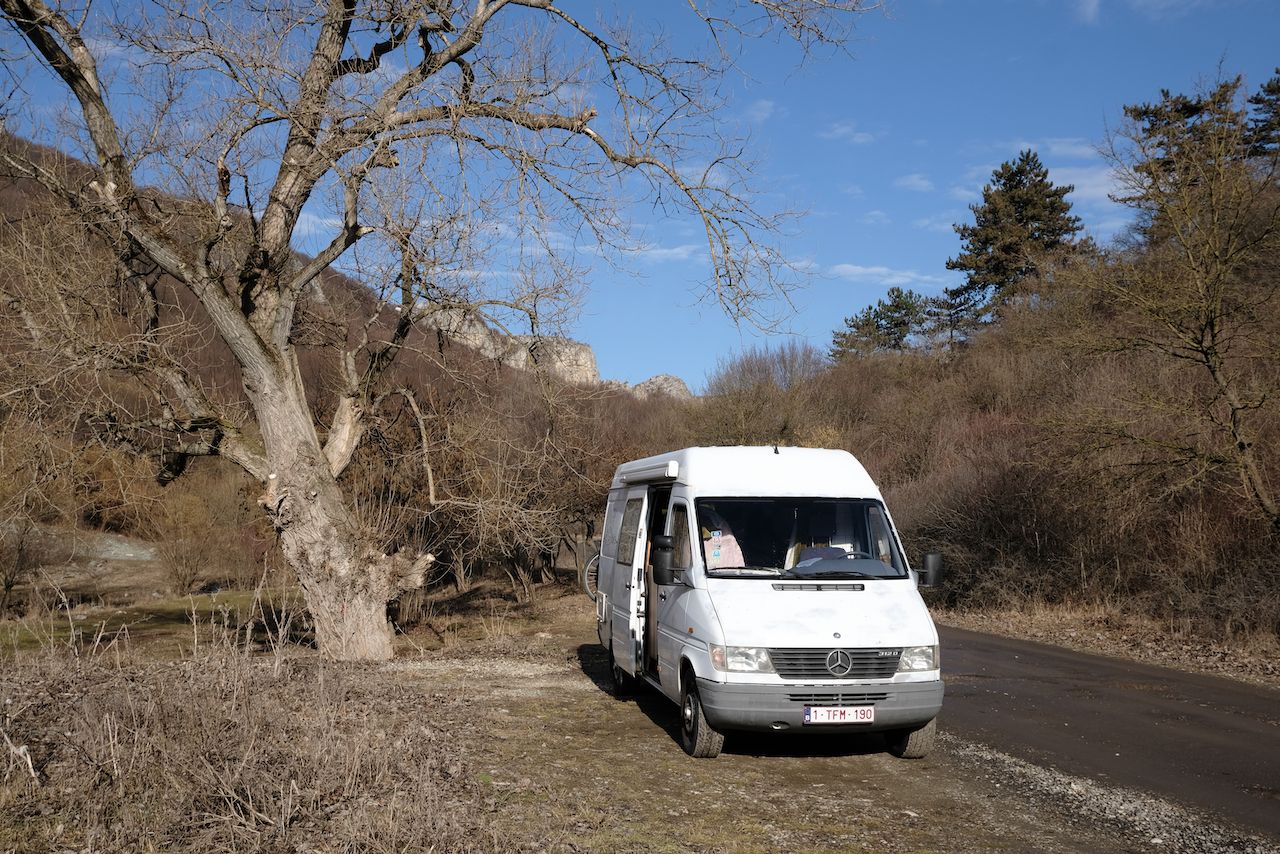 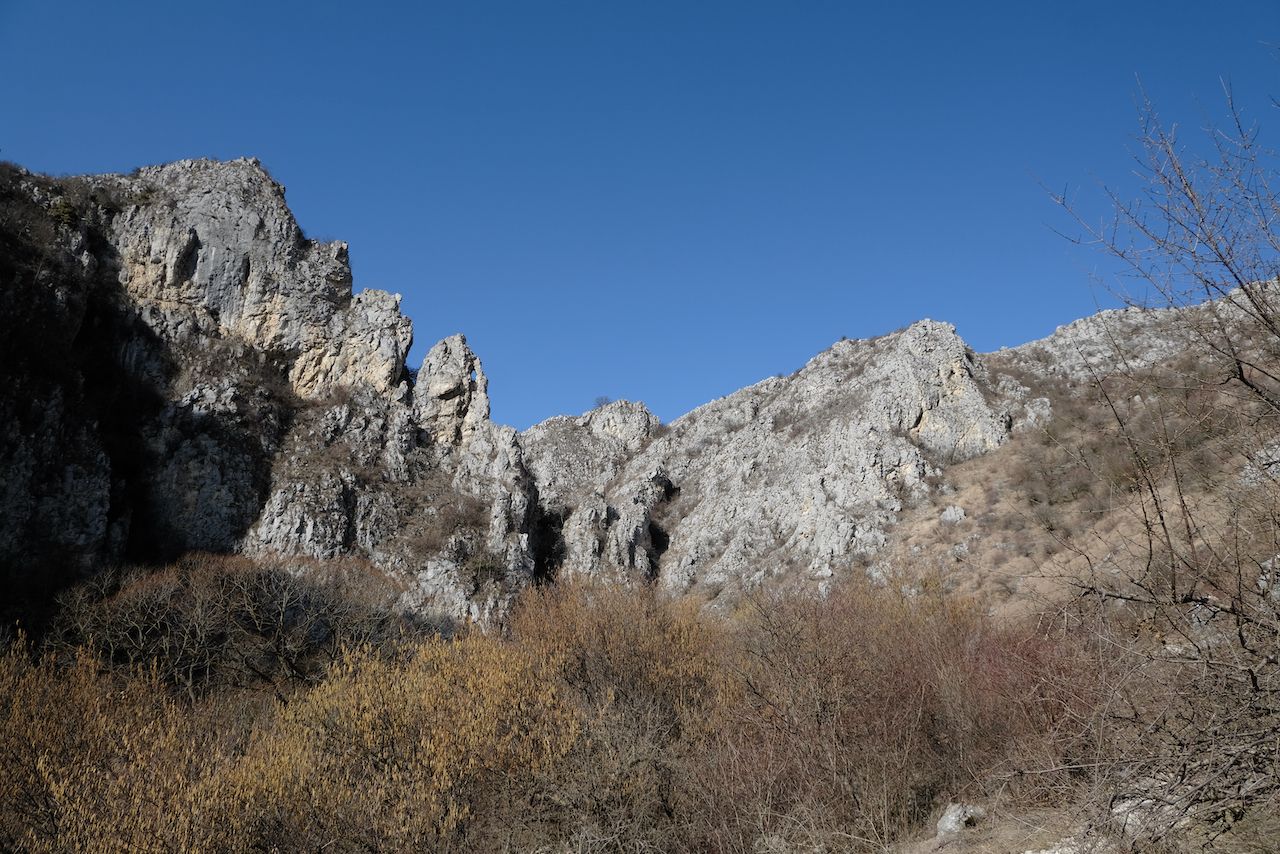 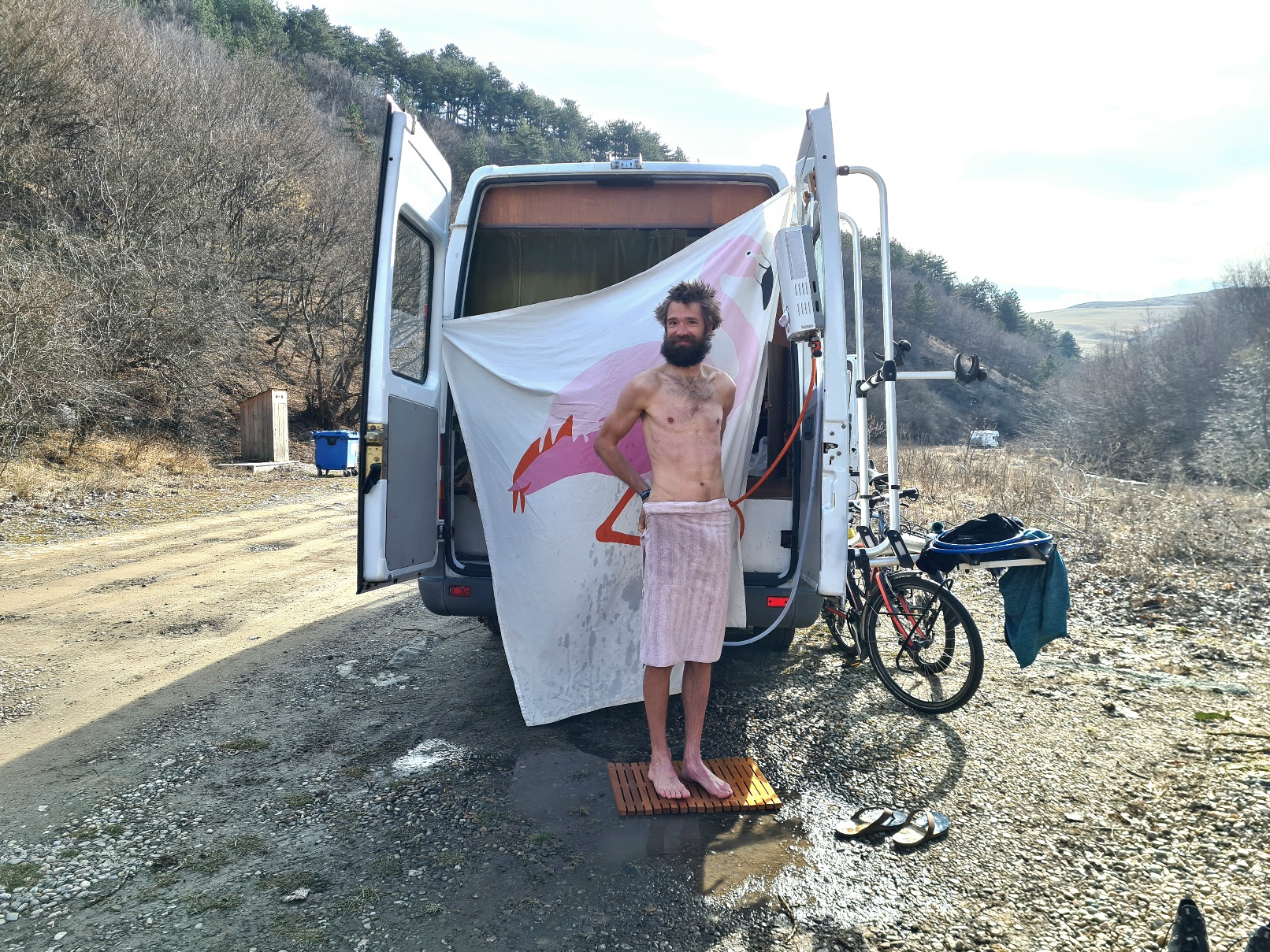 Taking a shower outside after a run

In the gorge where we were parked, and stayed for two days, we did an amazing via ferrata hike along the river. 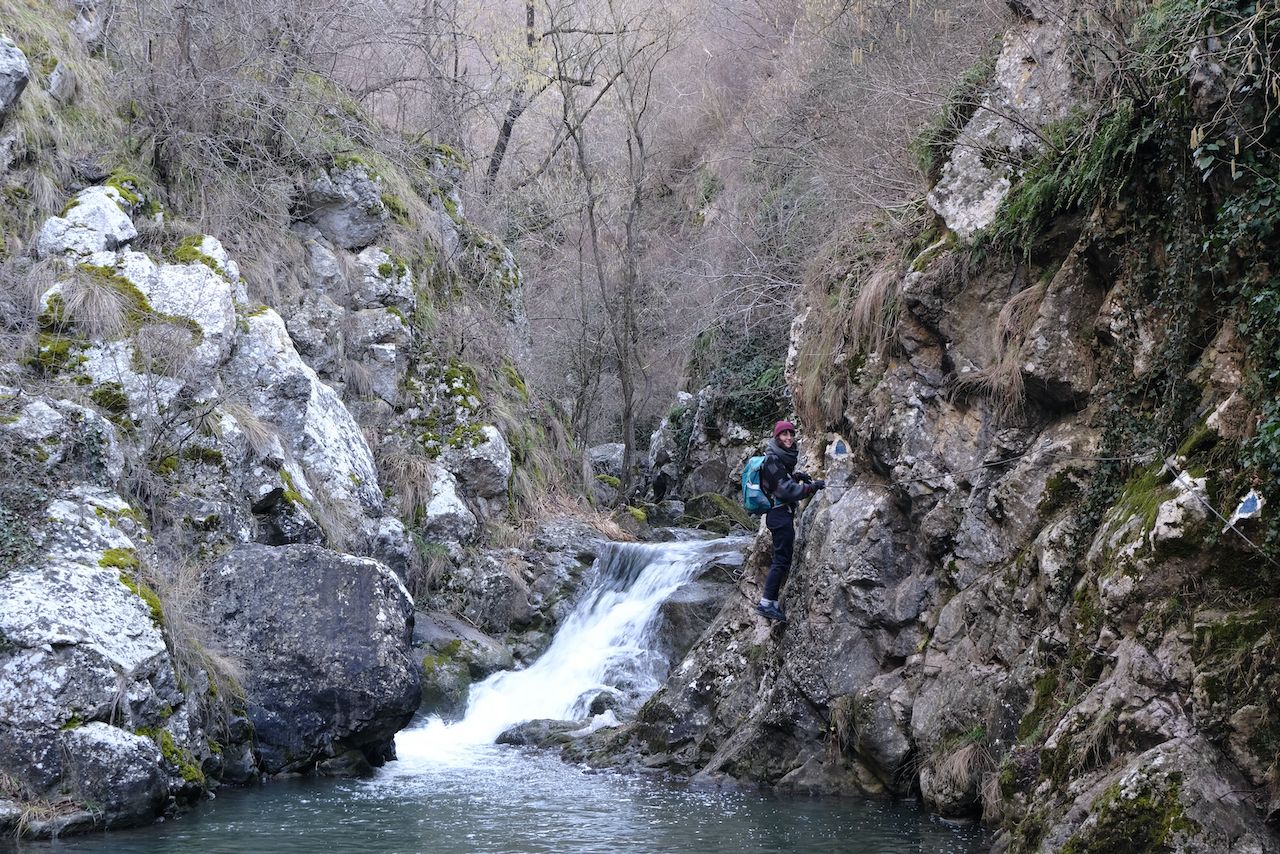 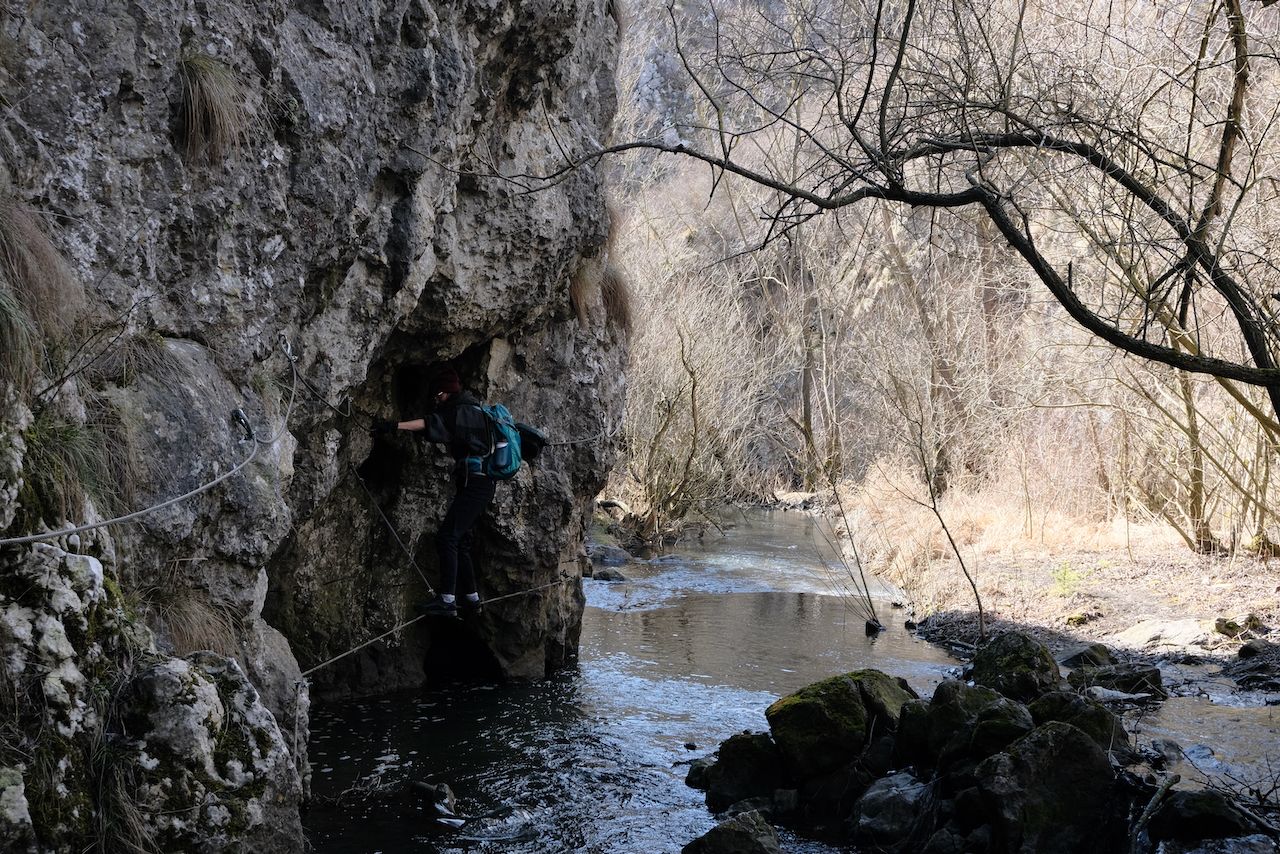 Those sunny days turned out to be just a teaser of spring, however, and we would have to wait a little longer. It was only a day later when we drove past frozen lakes, saw some snowy patches and the temperature dropped below zero again. Even the water bottles in the camper van started to freeze! 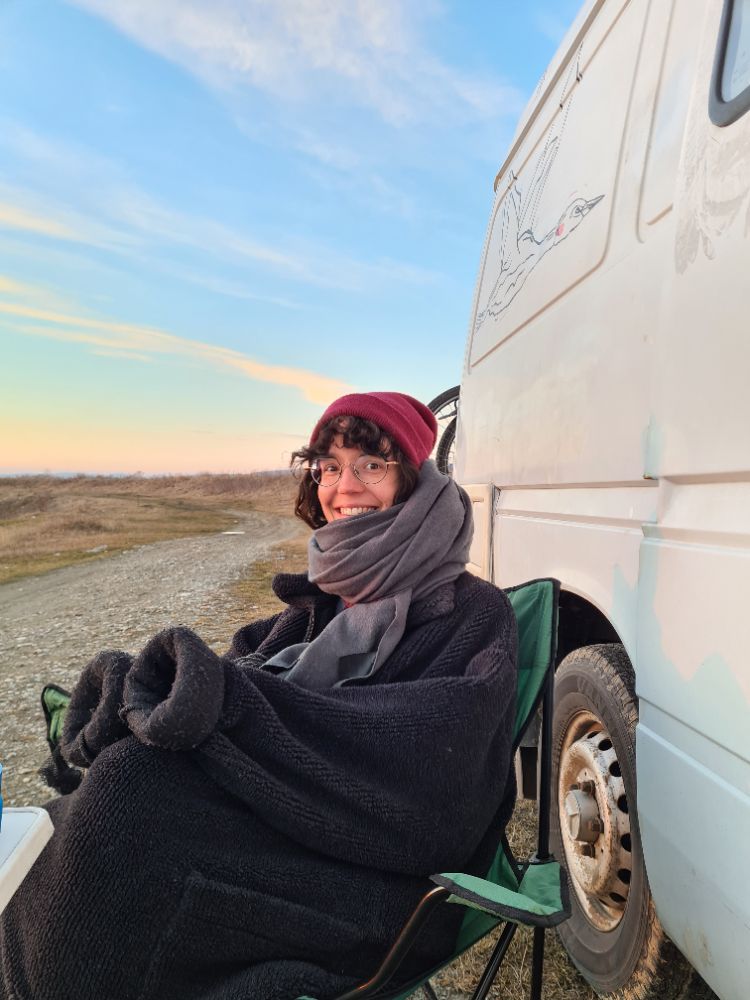 Just manageable outside when the sun was still out 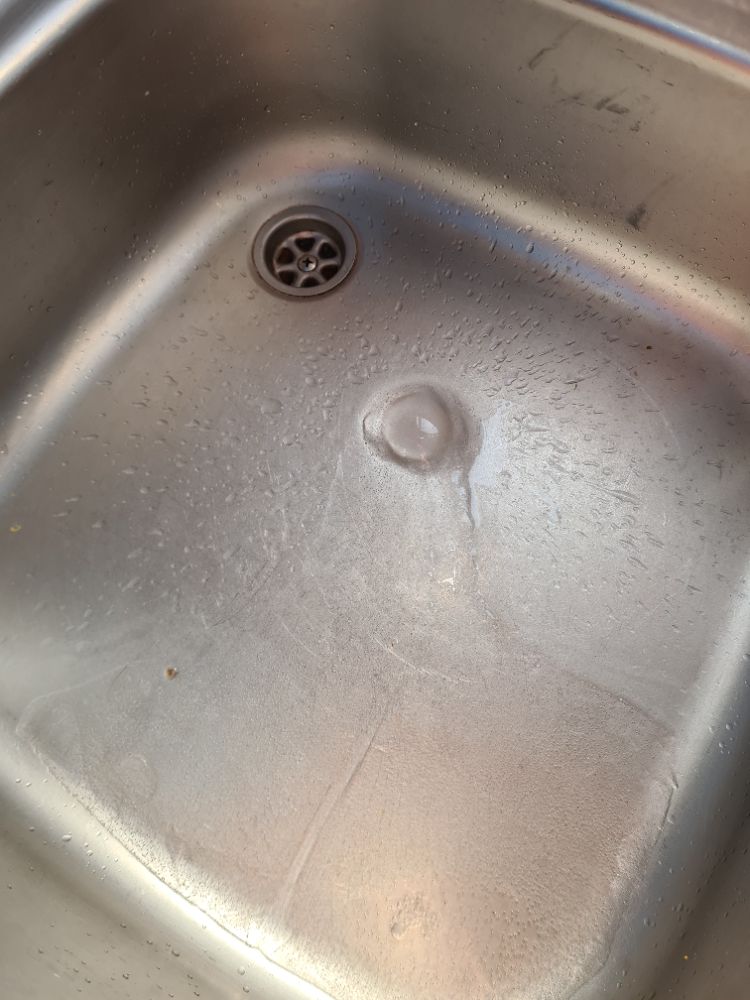 Water in the van started freezing

During our first days in Romania, the war in Ukraine had begun. We were shocked and confused. What a horrible tragedy for Ukrainians, Russians and everyone else involved. We had initially planned to go on another cycling trip to the Republic of Moldova, but that immediately became undoable. The reason being twofold: it would have been insensitive towards the fleeing people from Ukraine and Moldova. And, with the uncertainty of how the war was (and is) going to develop, it would not have been worth the risk. We abandoned that plan without thinking twice.

We slept in the camper van a couple more nights before going to Brașov, where we stayed with my old roommate from Berlin, Anca. Together we went on a couple of hikes in and around Brașov, and while there, we thought about where to go during the next weeks.

Cycling was out of the picture completely when it got colder and more and more snow started to fall. Instead, we hitchhiked to Bucharest for a short visit and took the train back a short two days later, being not really convinced by the city. But, luckily, the hitchhiking and the train ride were a nice experience. With our driver, Alex, taking us all the way from Brașov to Bucharest, but stopping at Sinaia for a visit to the king’s castle. And going back to the snow covered mountains in the train. 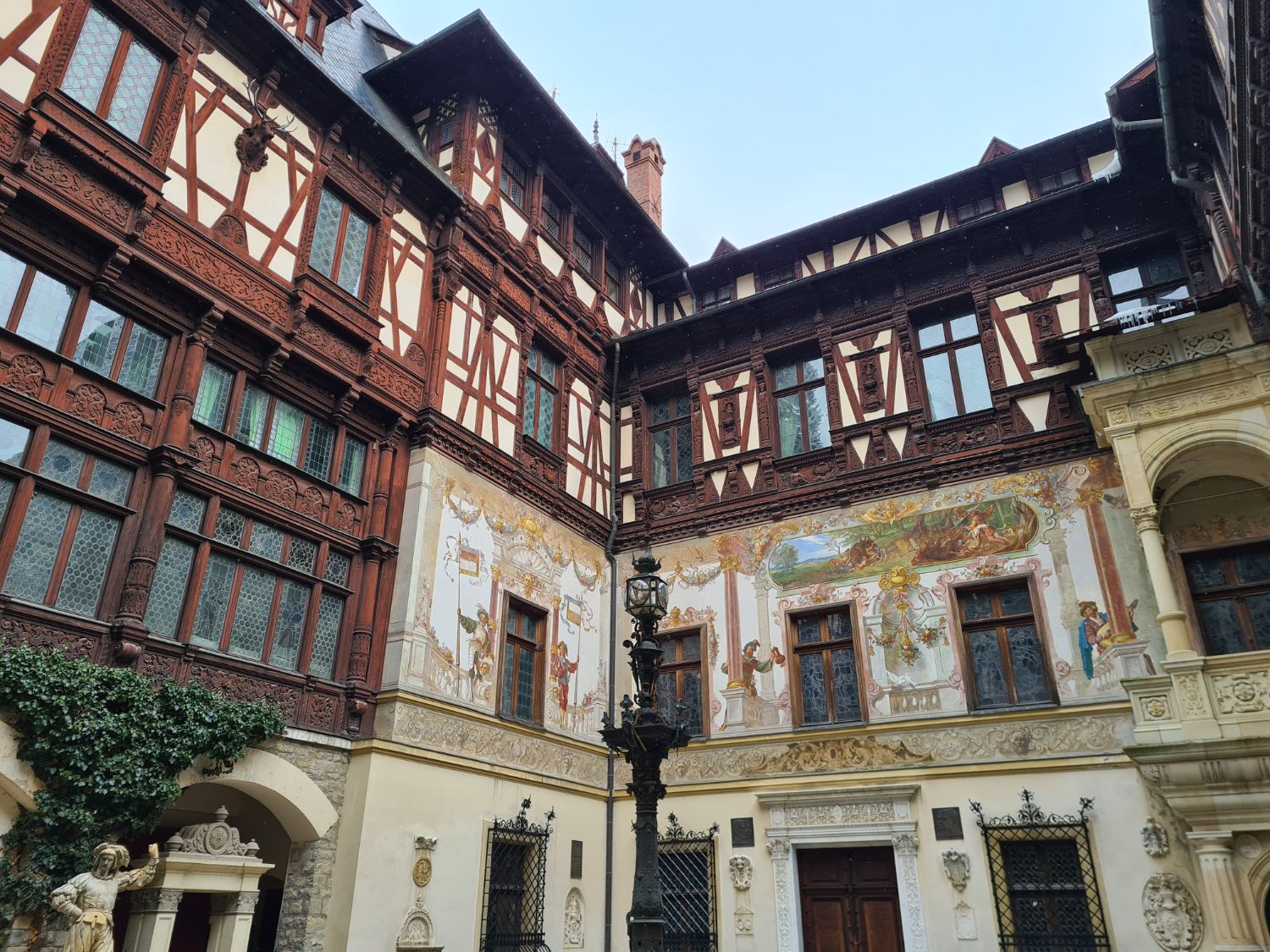 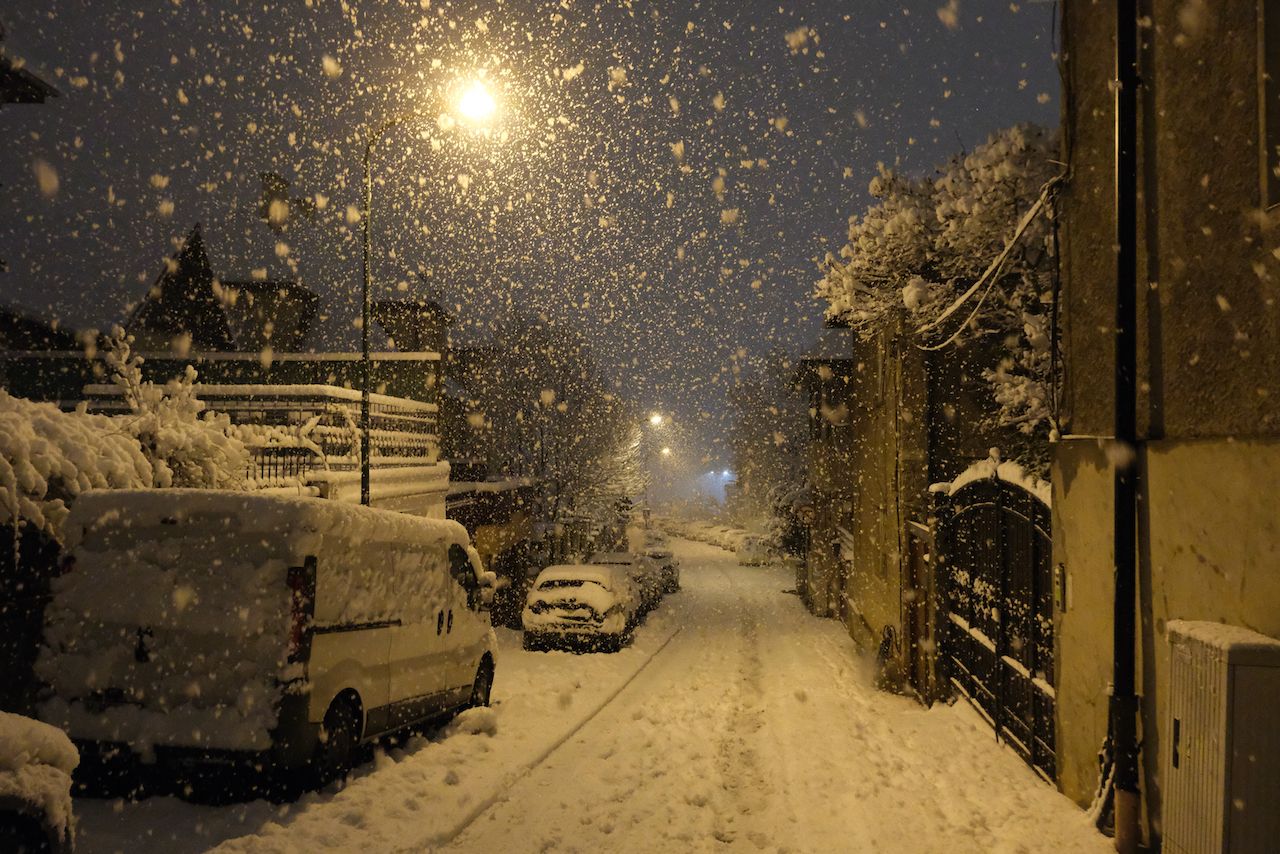 Back in Brașov, we decided to stay a couple more days, and go on a few more hikes together in the area. With the fresh snow, and no other people around, this was amazing. We did carry a whistle in case a bear decided to wake up early from its hibernation though. 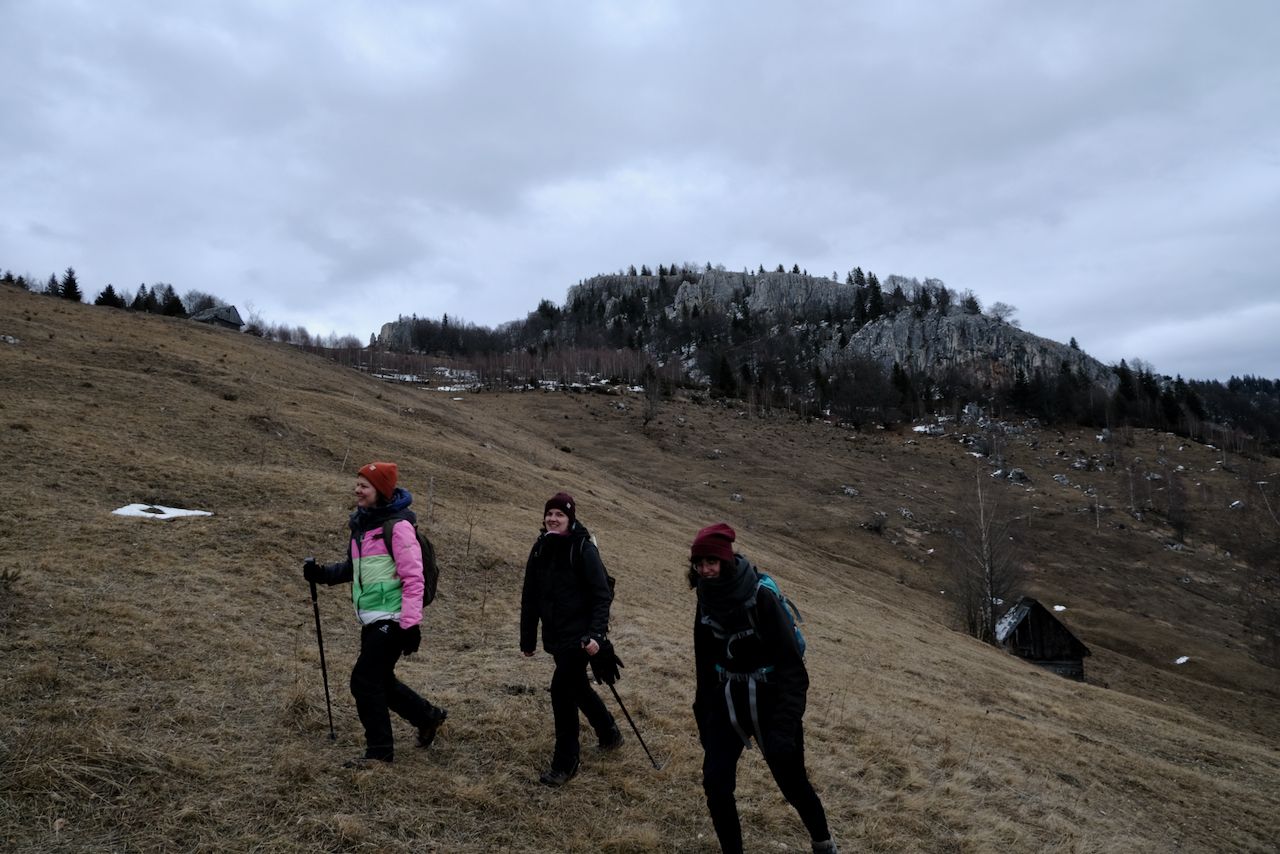 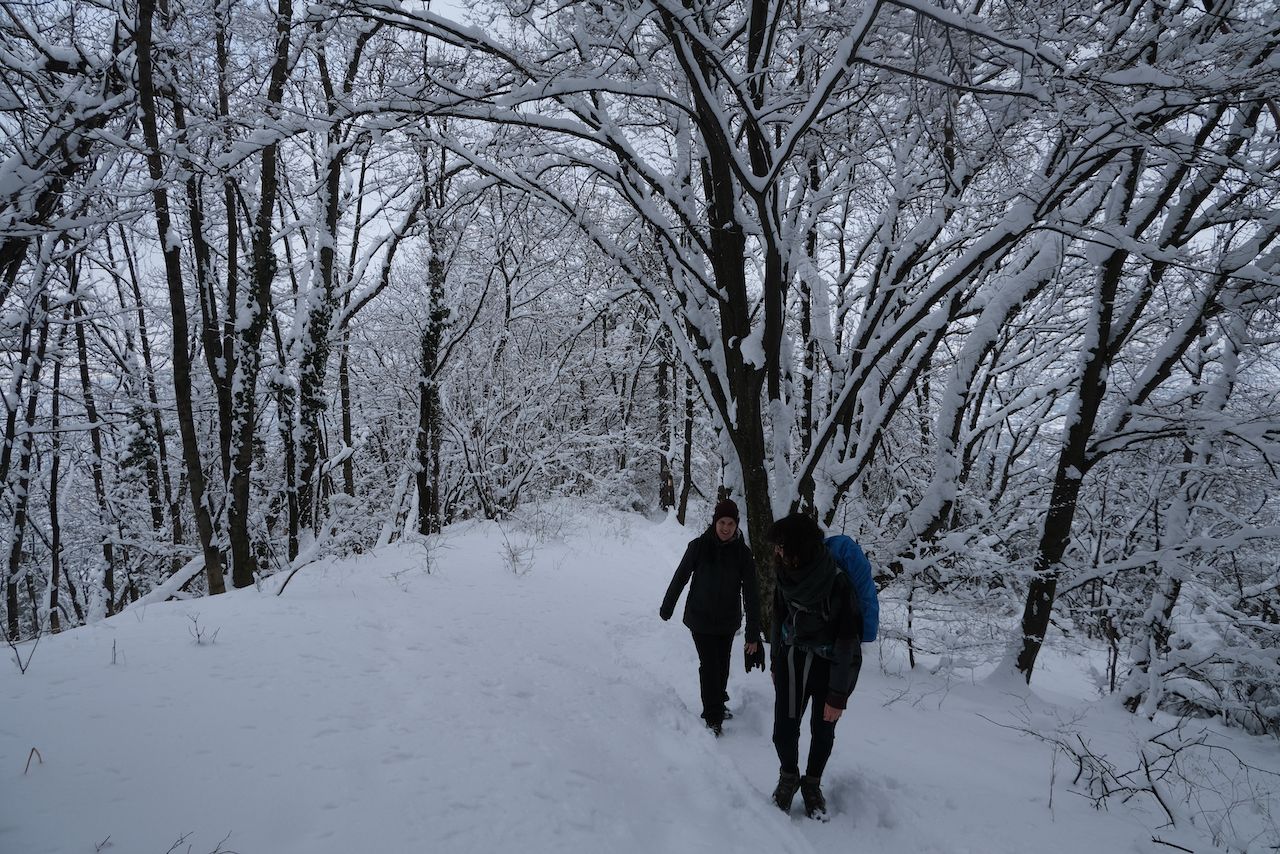 Tineke and Anca going up Tîmpa

Tineke and the cabana’s dog 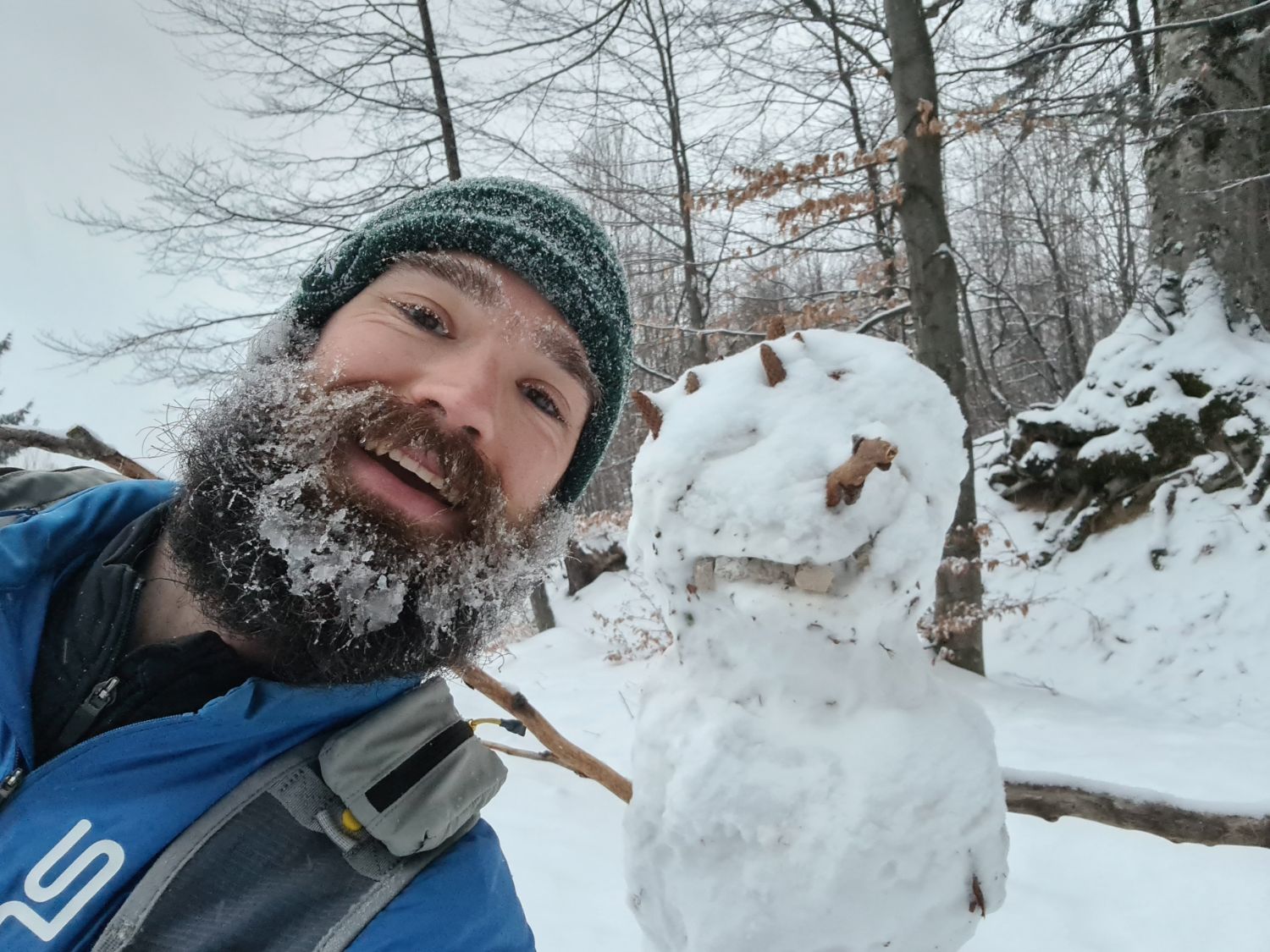 But, we had to leave at one point. So we set our minds on Tuesday 8 March, right before it got even colder. The forecast showed a night of -15°C on Friday. So, time for us to get out of the mountains.

We spent the next days driving from Brașov to Jimbolia, a border town near Serbia. It was indeed cold, but with the sun out most of the time, we managed to stay “warm”. We took the time to read, write, work and draw. Romania was again wonderful!

Next up is Serbia and Montenegro! 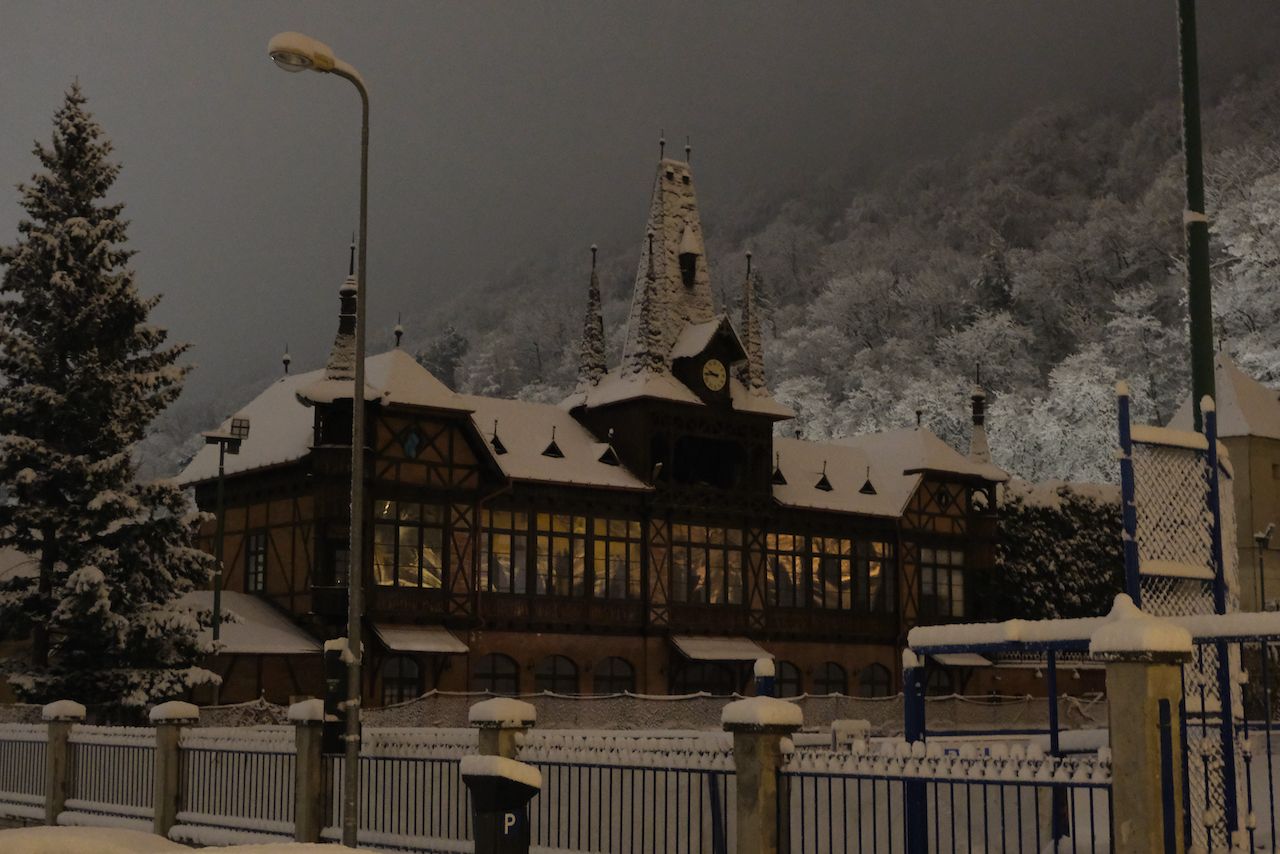 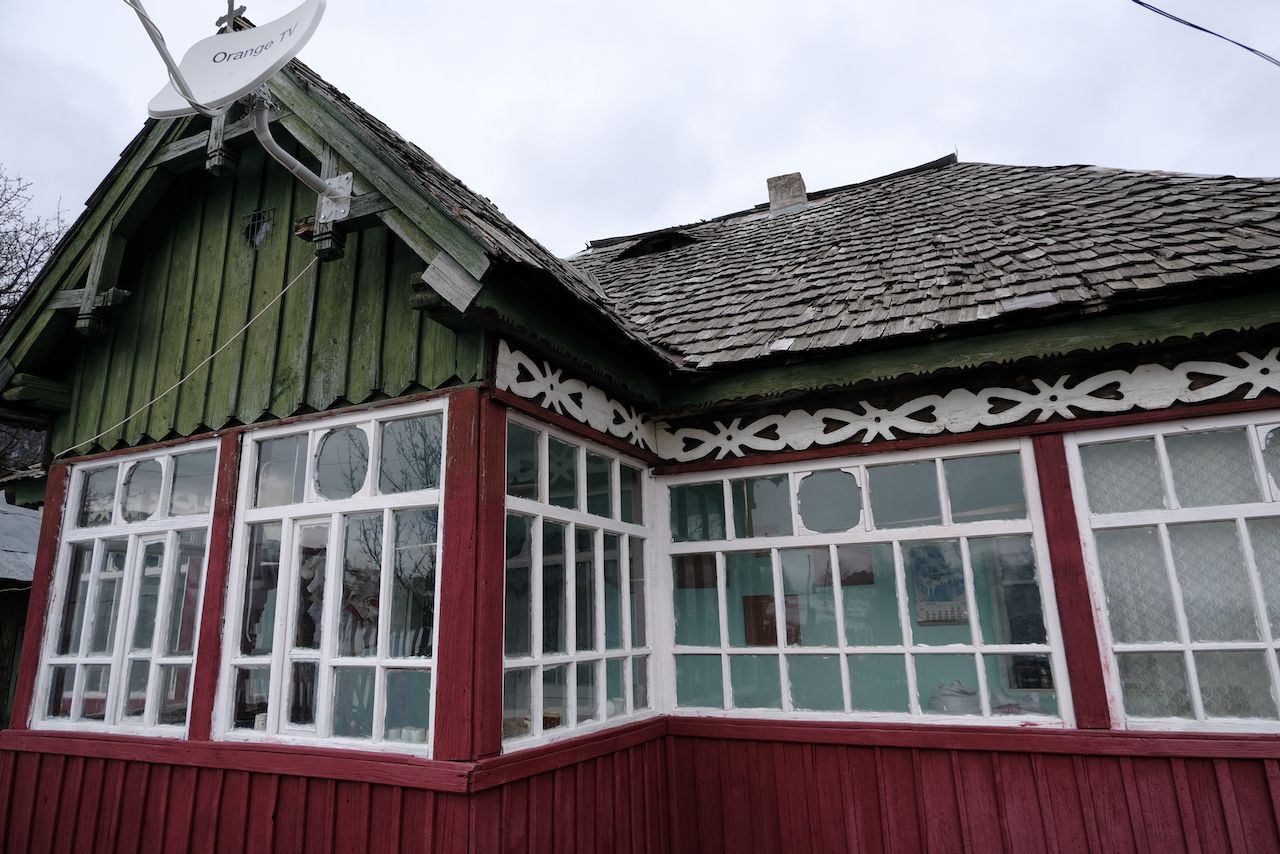 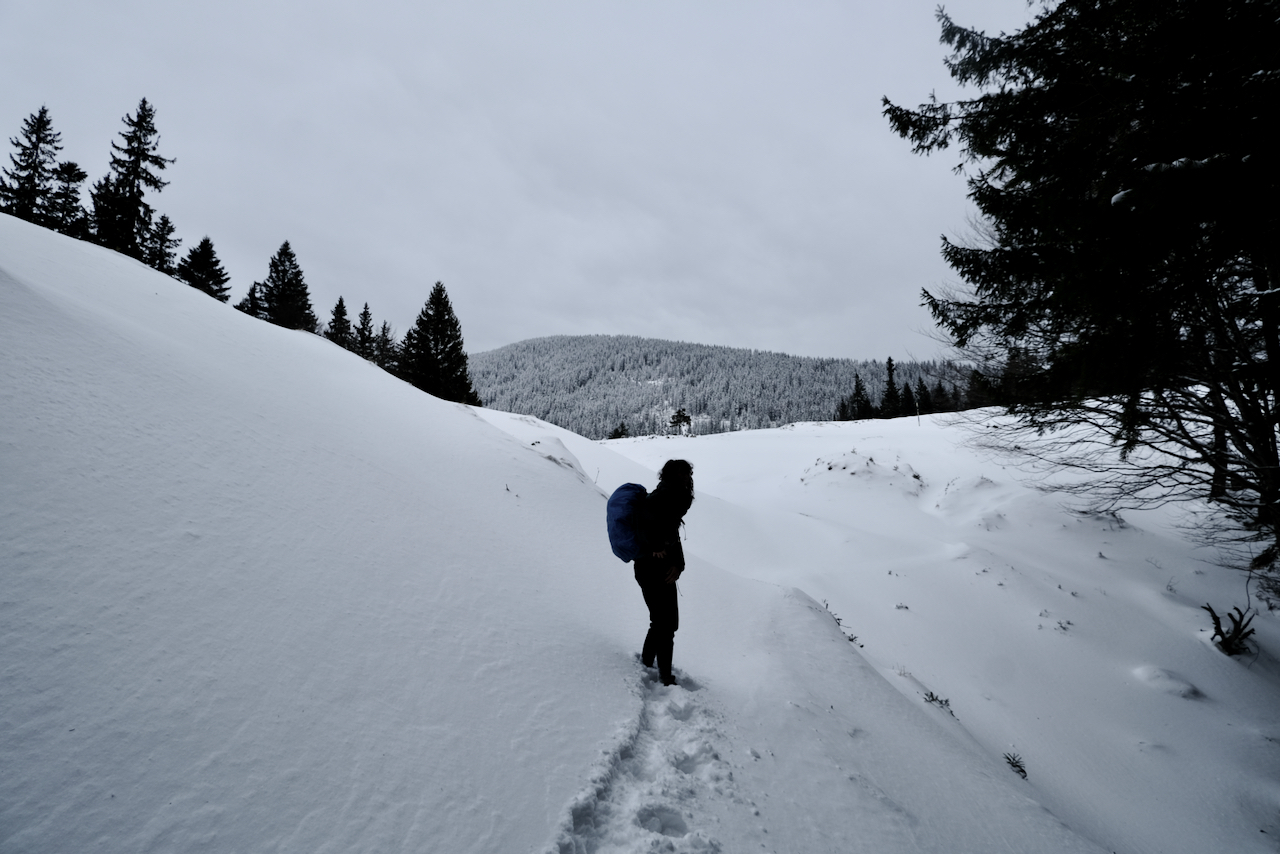 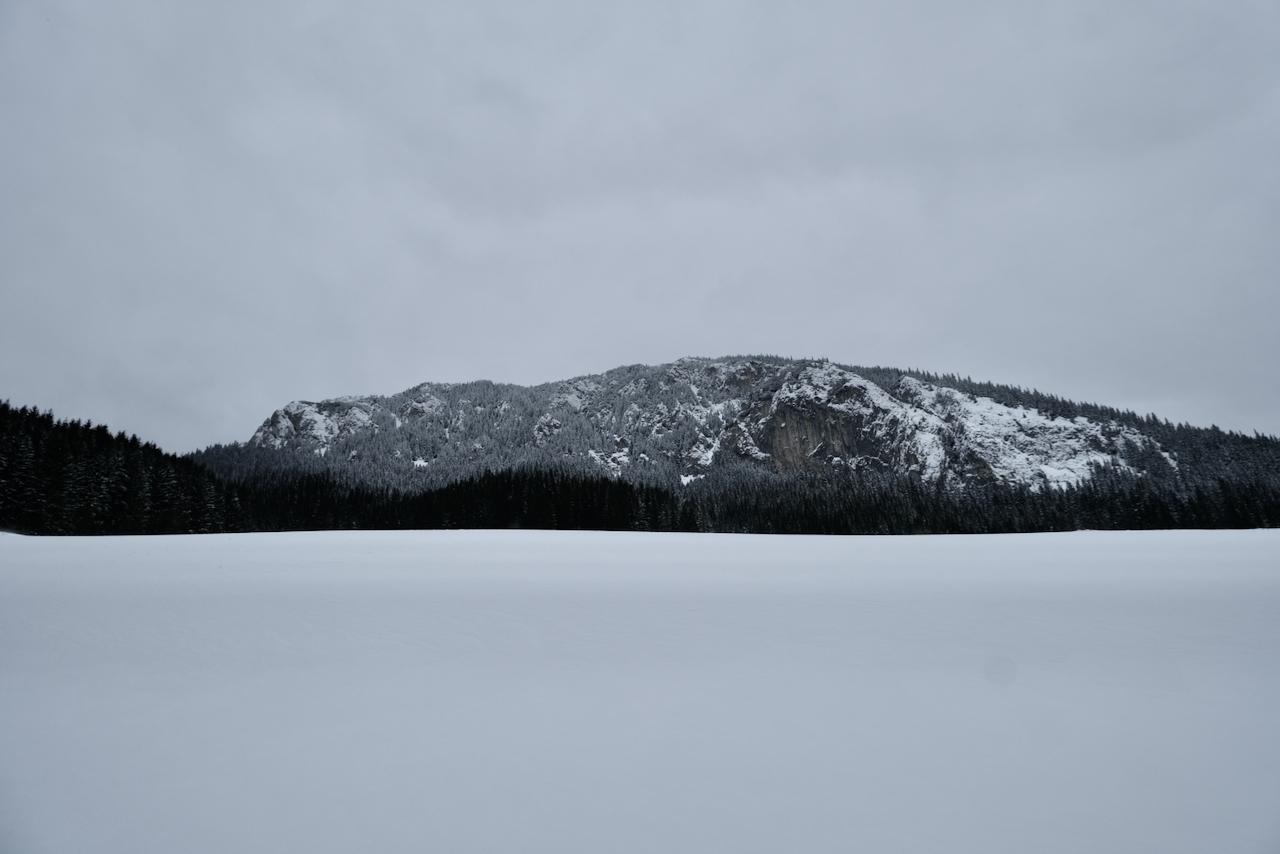 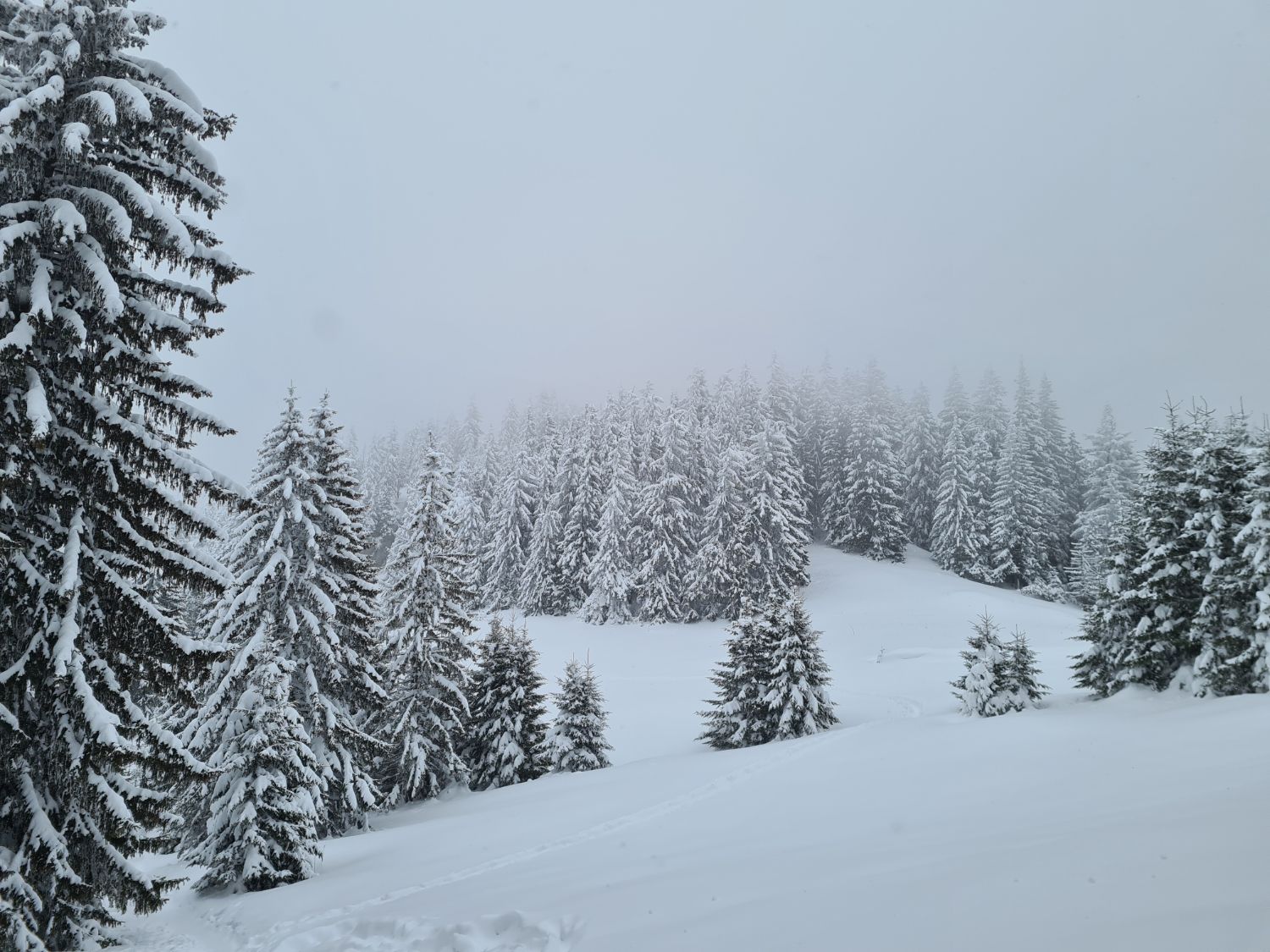