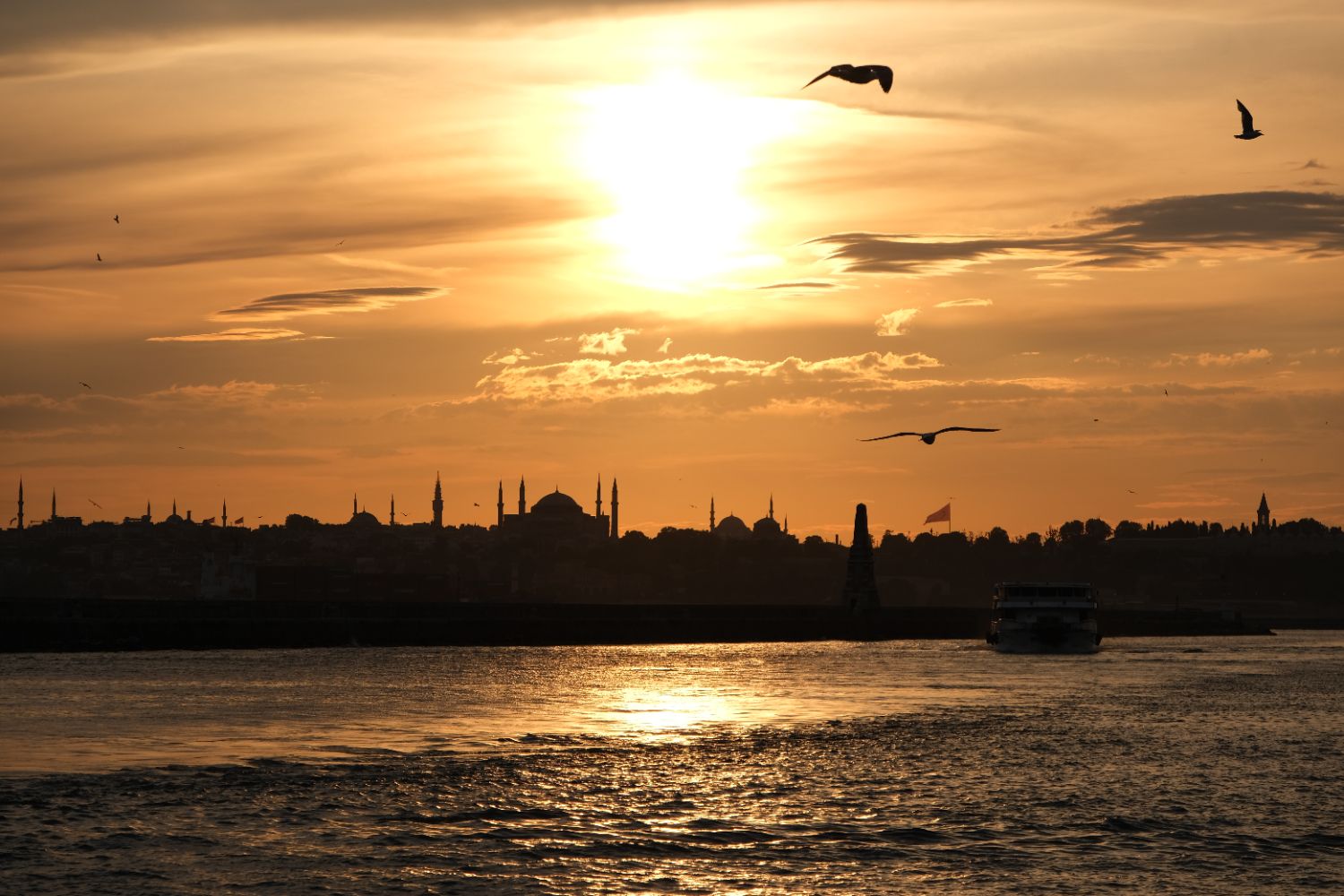 It has been four weeks since we left Thessaloniki. Since then, many things have happened. Mainly because we changed countries, from Greece to Turkey or, more correctly, Türkiye. The hospitality and generosity since then have been crazy, and it’s getting more intense by the day. There are so many stories to tell, more than I could write down, but here are a few of them.

From Thessaloniki to the border

We stayed in Thessaloniki for 3 nights, in a really nice hostel called Arabas Studios. I would recommend it to anyone going to Thessaloniki. The atmosphere is very friendly and open… it’s easy to meet other travellers. But, the road is very steep, so we had to push the bike up. 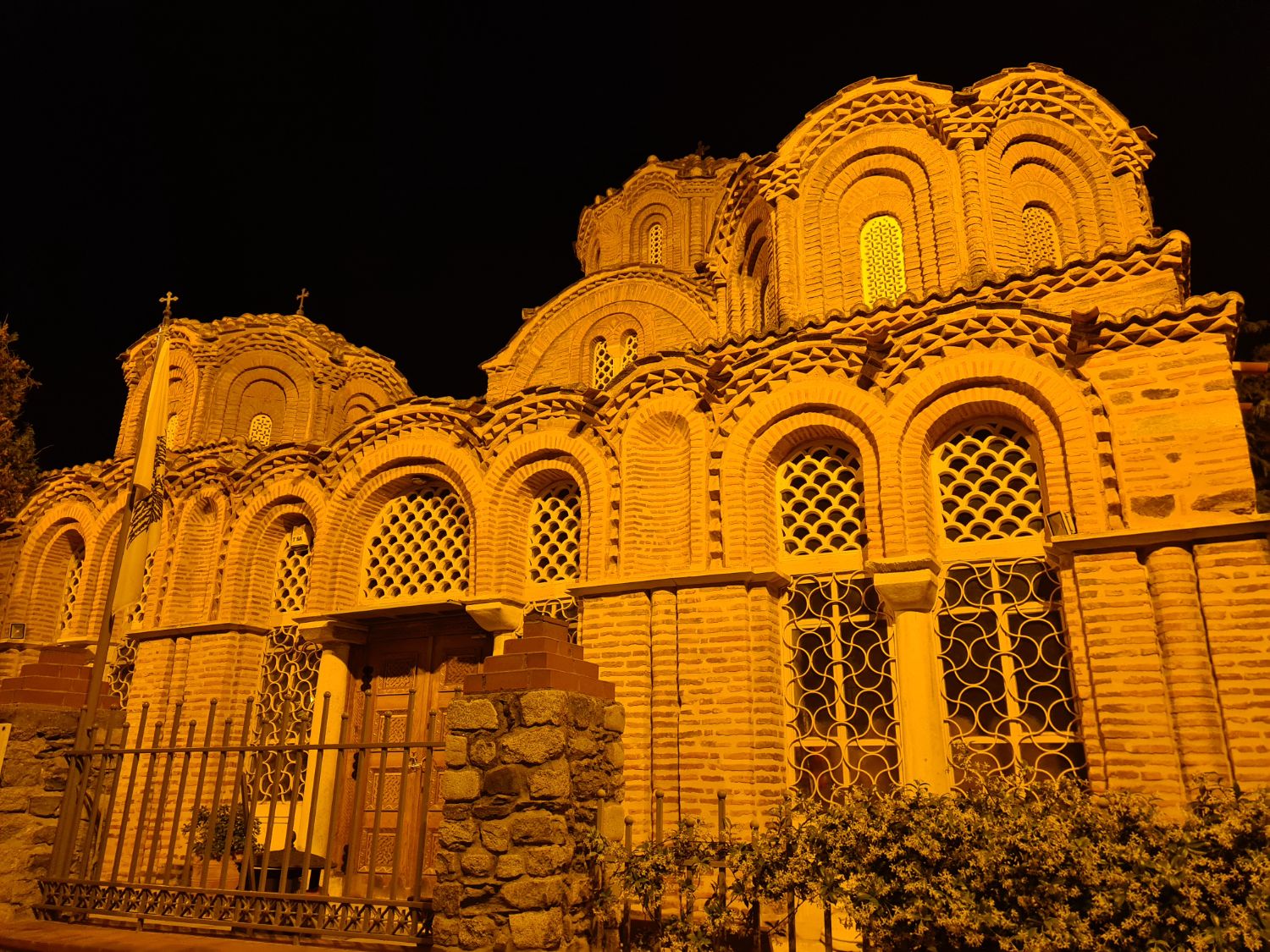 After Thessaloniki, we had initially planned to do some island hopping. Luckily, we found out just in time that the ferry between the islands didn’t operate yet, only during the high season. So, instead we had to stay on the mainland. 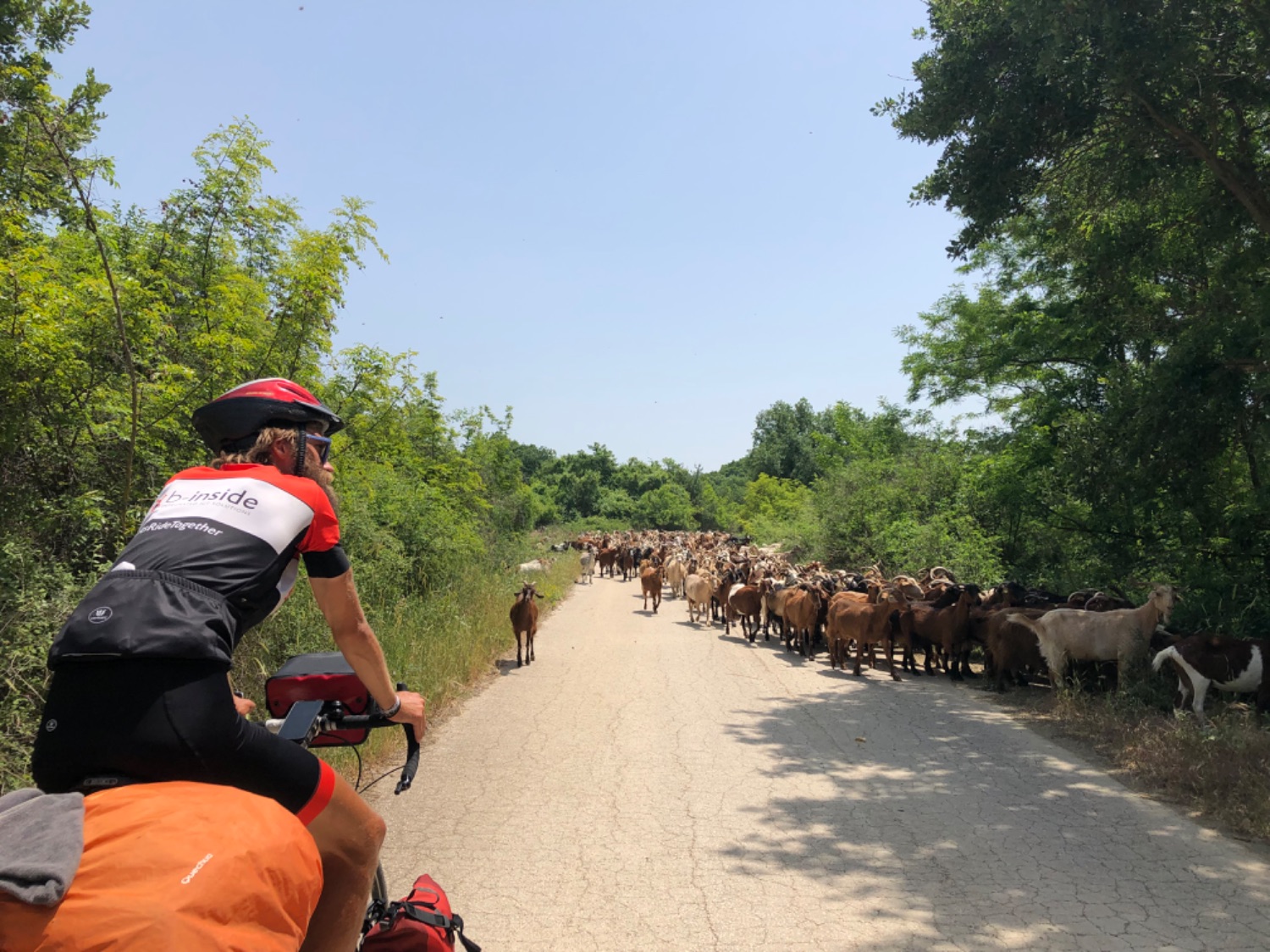 Obstacles on the way to Türkiye

We cycled to Kavala first, where we camped in a city park, then went to the mountains where we spent our last nights in some (almost) empty villages. Let’s just say, it was the calm before the storm. 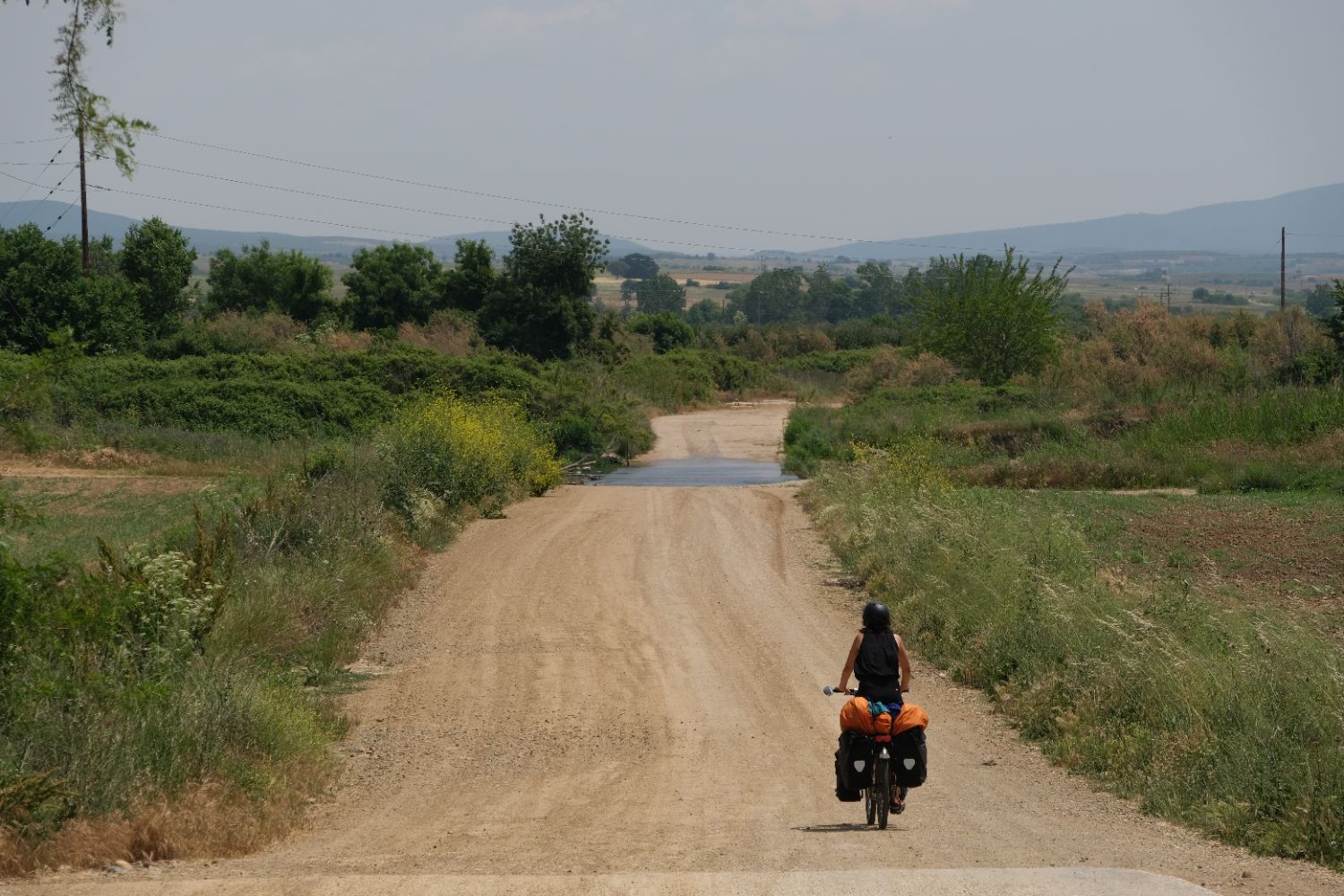 Day one in Türkiye

We had heard a lot about the hospitality of Turkish people, but we weren’t expecting it so immediate and so much. Already while crossing the border we were greeted by smiles everywhere and we were offered some water just as we had passed the border officer. 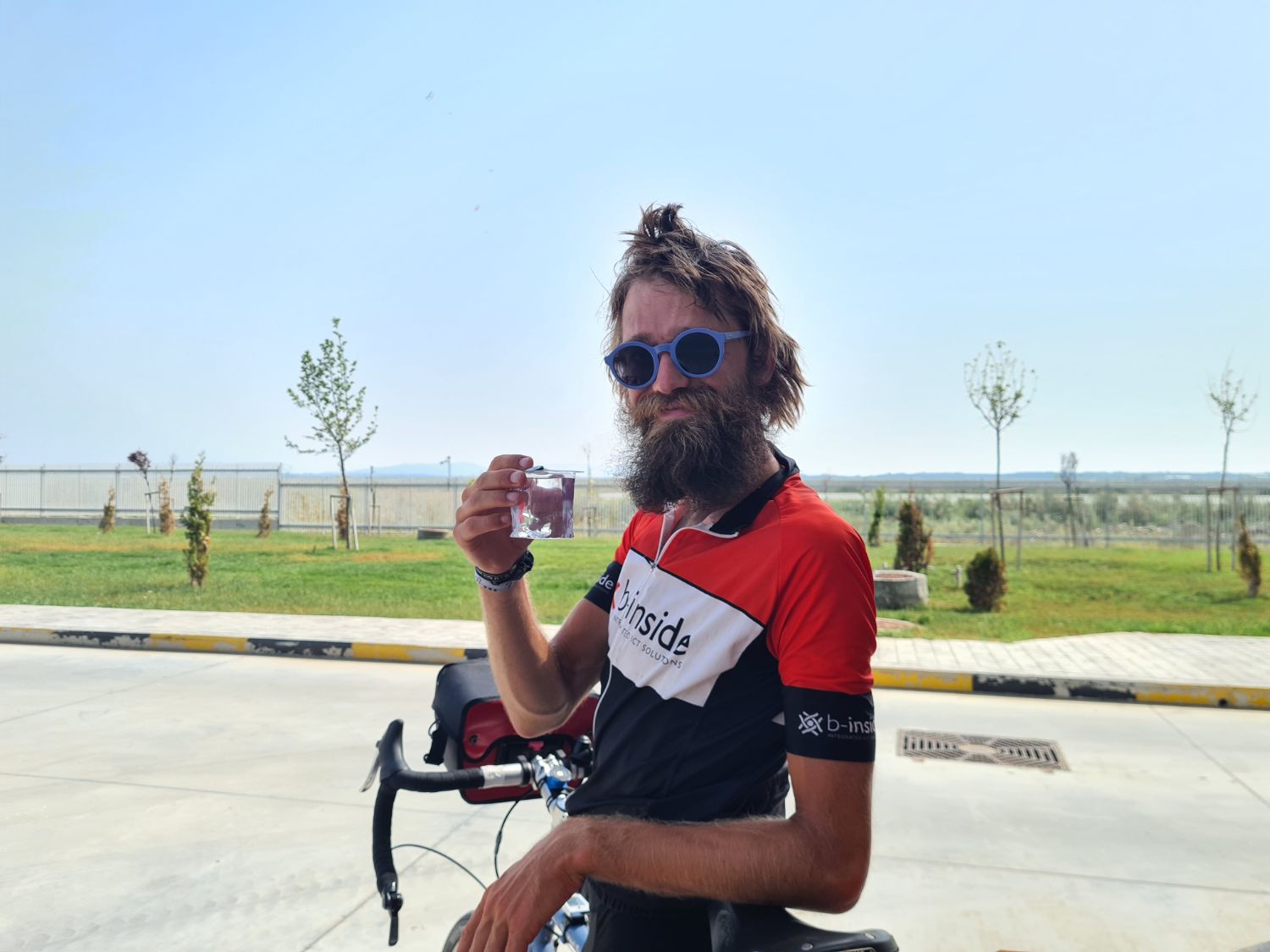 Our first gift in Türkiye

In the first town after the border, Ipsala, we stopped at the first bakery we saw to see what Turkish bread was like. I started learning Turkish a few weeks ago and I already knew how to order a bread (bir ekmek). And, from there, things got out of control quickly.

Before I could say anything, the baker put a spoon in my mouth with some homemade cheese spread. I gestured “good good”, he then took back the bread, put the spread on it, set up a table and two chairs, ordered some tea (çay) and made us eat the bread. In the meantime he prepared another bread for the road. 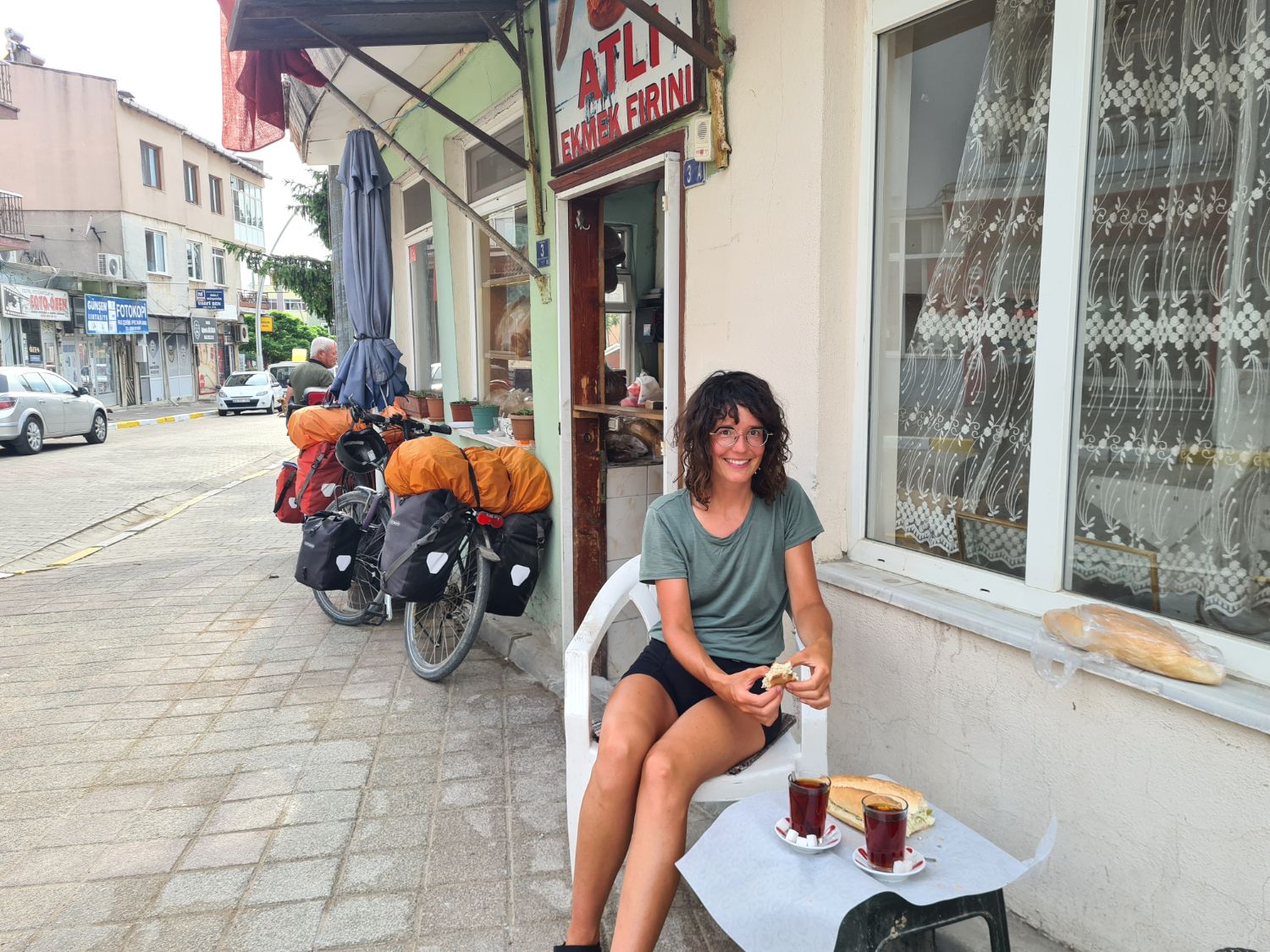 No chance we could pay for any of that. And, as a final gift, we got a basil plant just before we started off again. So, now I am taking care of a plant again. 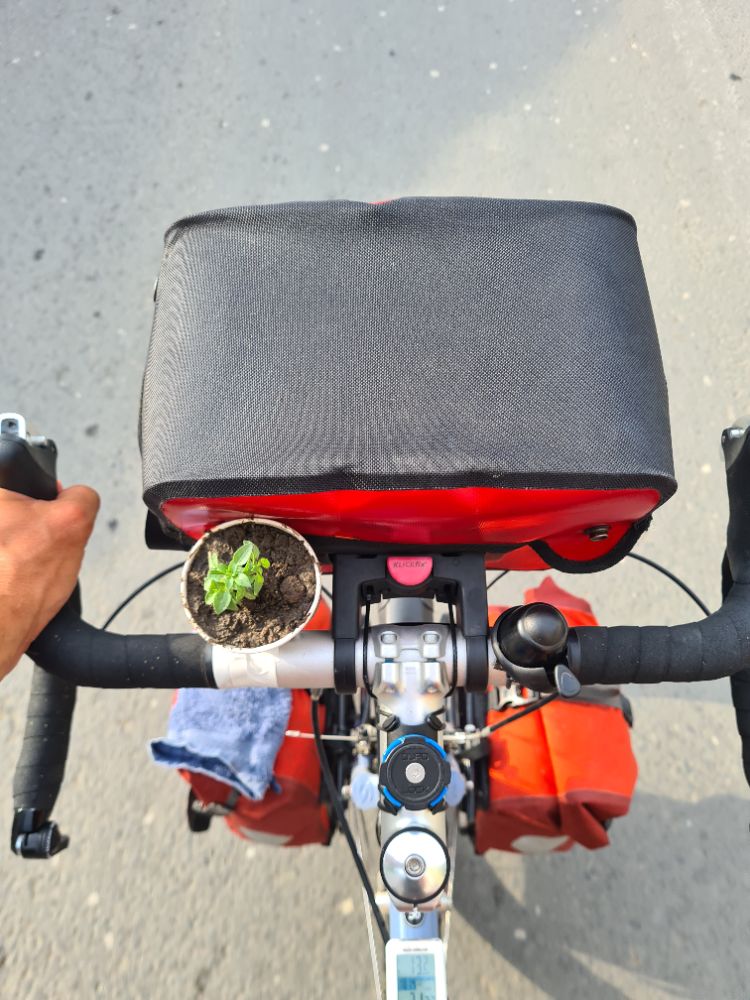 Blown away about what had happened and full of energy, we decided to cycle a few more kilometers as the day was coming to an end. I had found a drinking fountain (çeşme) on the map and we decided to go there. It’s always nice to have water close by. Unfortunately, when getting there, it looked like the fountain was empty, so we resorted to going to the closest village.

When entering the village we asked a few local women if we could camp somewhere. This started off a very confusing conversation. They confirmed we could camp, but didn’t show us where, then told us they “put food in our tent” (through a translation app). Huh?

Eventually, someone took us to the tea house where we found out the source of the confusion. Somehow, another Belgian couple on bicycles decided to pick this village as their resting place. They were already shown where to camp, and food had been put in their tent! Crazy coincidence! 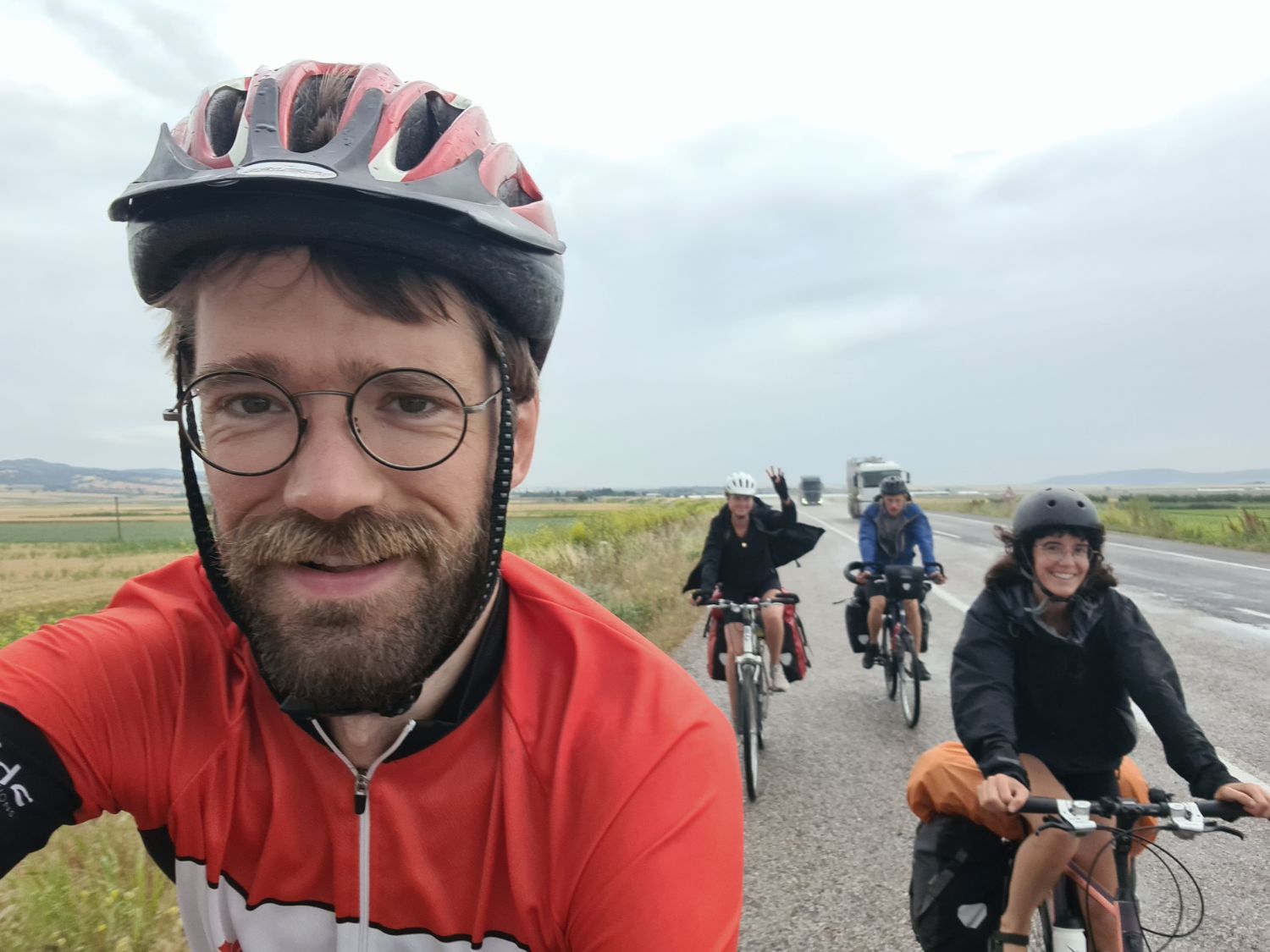 Us, Sixtine and Tom on a rainy road

Next stop was Lüleburgaz, halfway between the border and Istanbul. From another traveller we had heard about a magic place, called “Lüleburgaz Bicycle Academy”, where bike tourers, like us, could stay for free. Plus, they had a kitchen, washing machine, internet, … basically everything a traveller could want.

It was a bit hard to believe, but it was exactly as we had been told, and some more. There were a few other cyclists and many locals renting out bikes and go carts to ride on the test track. Some local students came by to practice English. And the manager was very enthusiastic about his plans of the place, and how they’re blocked by local politics. He showed us around a bit and invited everyone to his wedding this weekend. We didn’t make it. 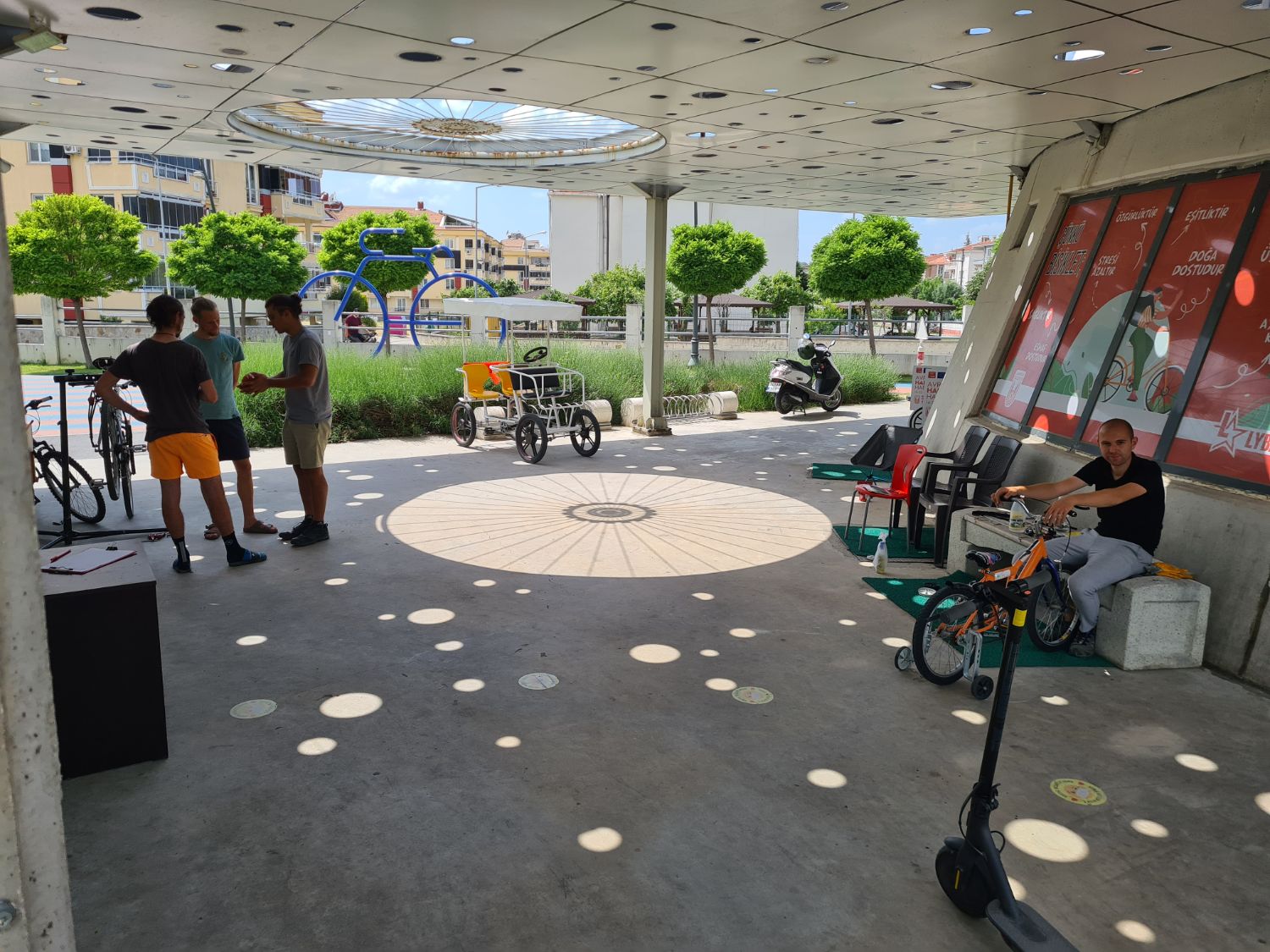 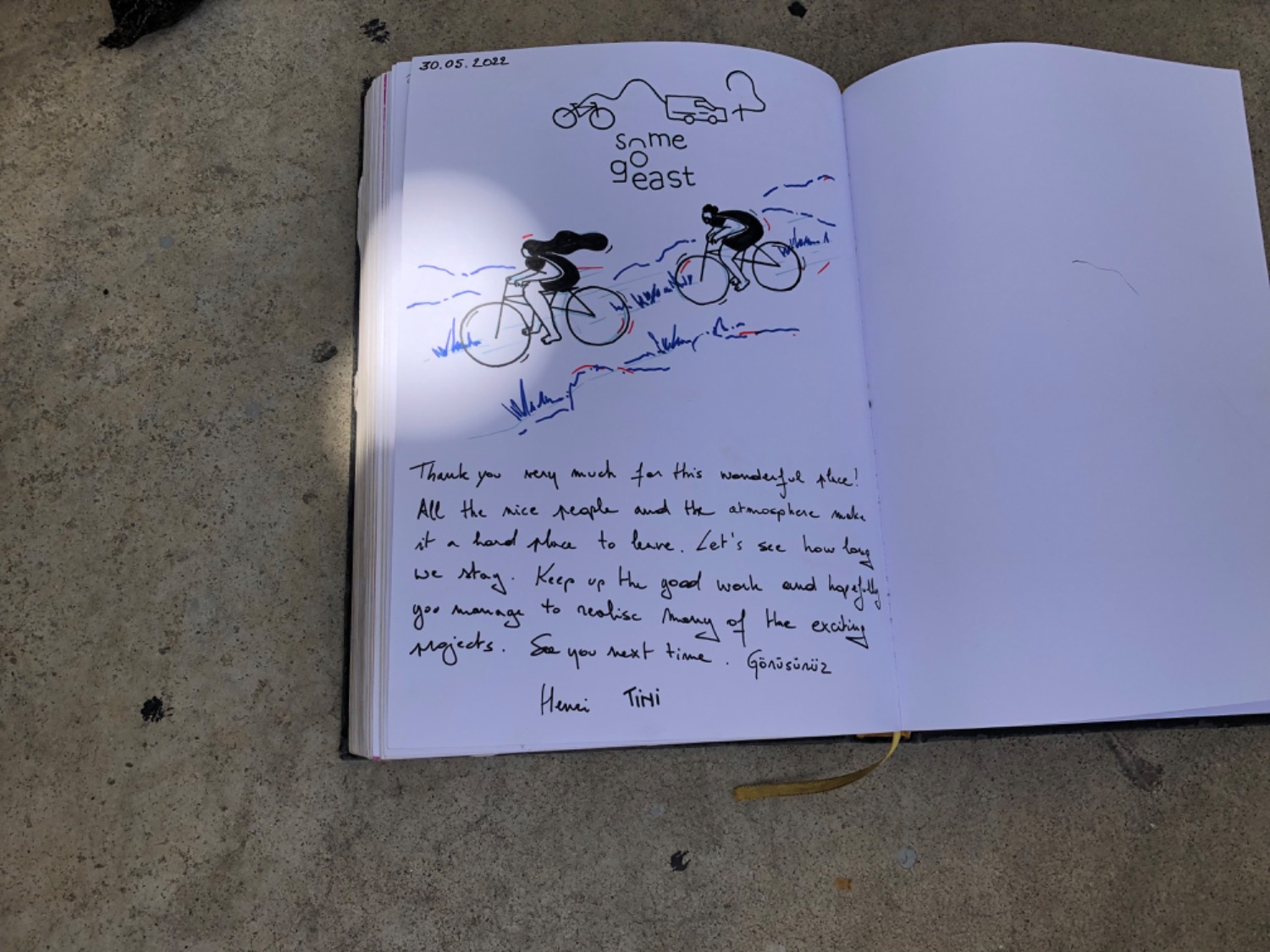 Guestbook at the Academy

After a rest in Lüleburgaz, it was time to take on the notoriously difficult task of cycling to, and into Istanbul. In the academy, many ideas and routes were exchanged between different groups. Only to discard them all and each of us sticking with our original idea.

We decided to take the northern route through Beograd Forest. The route was a bit longer, and there was some gravel involved. But, it meant we didn’t have to do a single kilometer on busy highways. Almost all other routes included between 20 and 40 km of that. 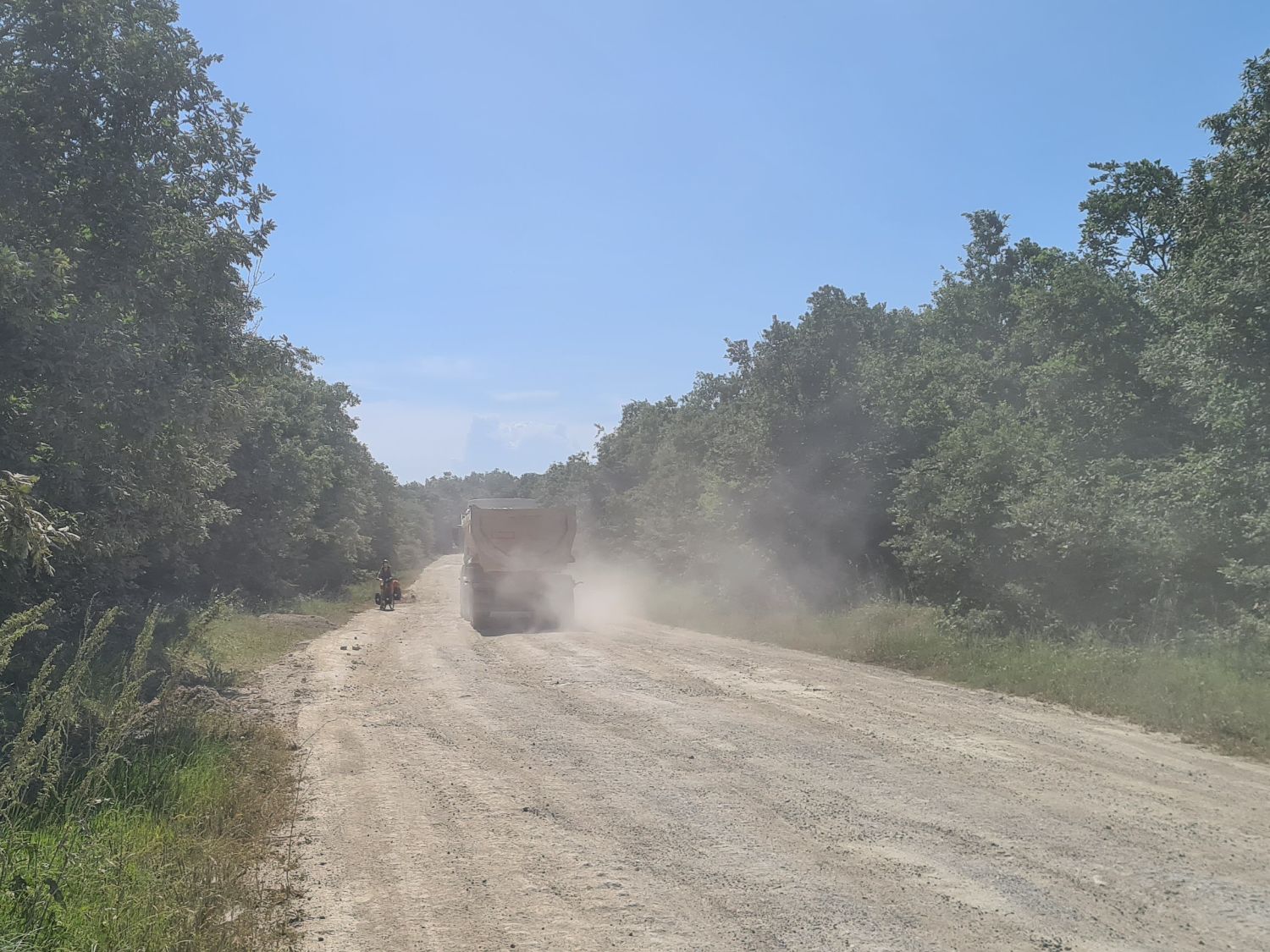 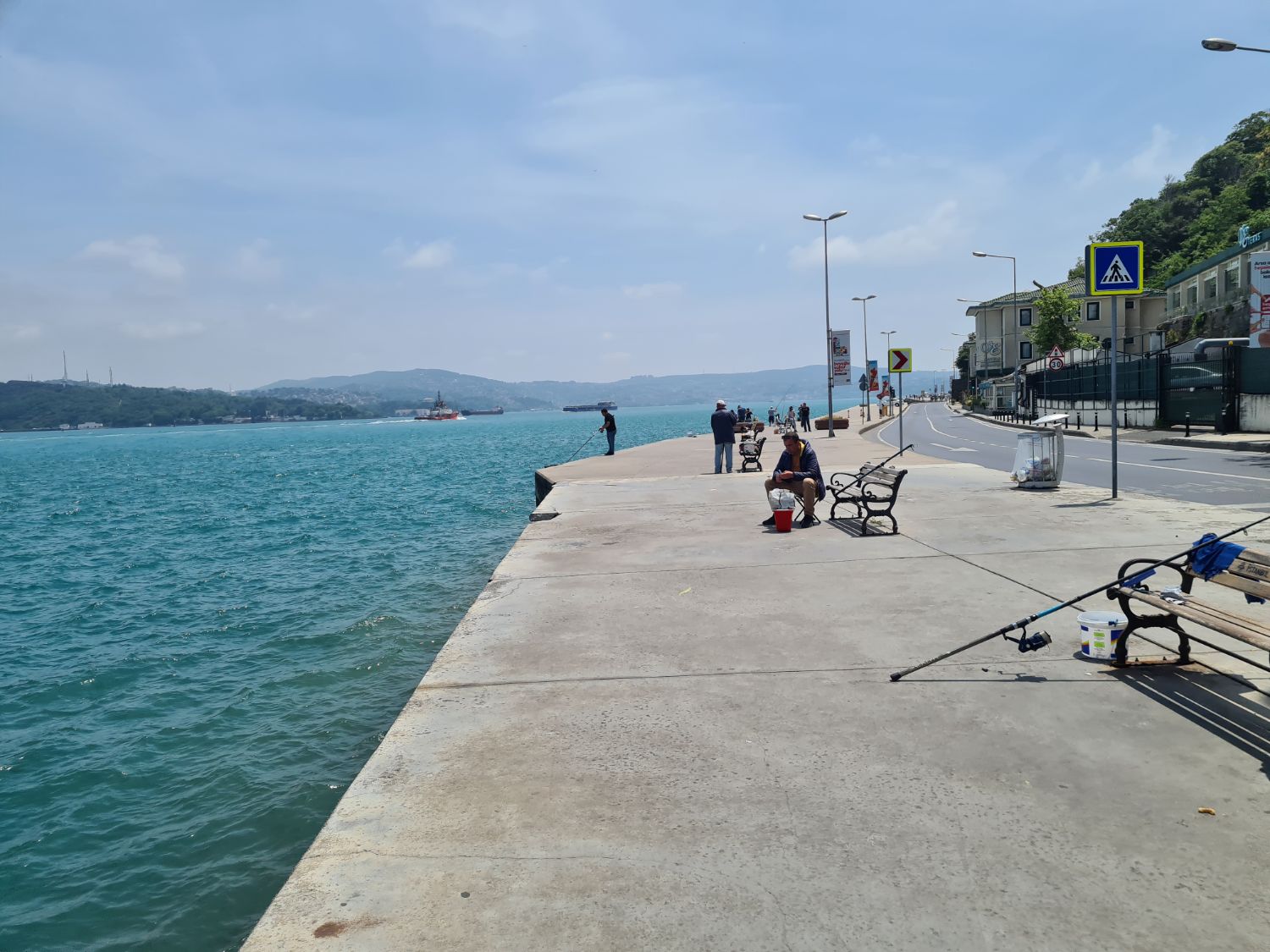 Spacious sidewalk next to the Bosporus

Eventually, it took us two and a half days to reach the Bosporus to the north of Istanbul, in a town called Sariyer. After which a nice 25 km along the river bank followed, of which most of it we could cycle away from the road, between all the fishermen. Only the last few kilometers were a bit busier with typical big city traffic jams. But, we made it, happily and exhausted, all the way to the Hagia Sophia or Ayasofya Grand Mosque. 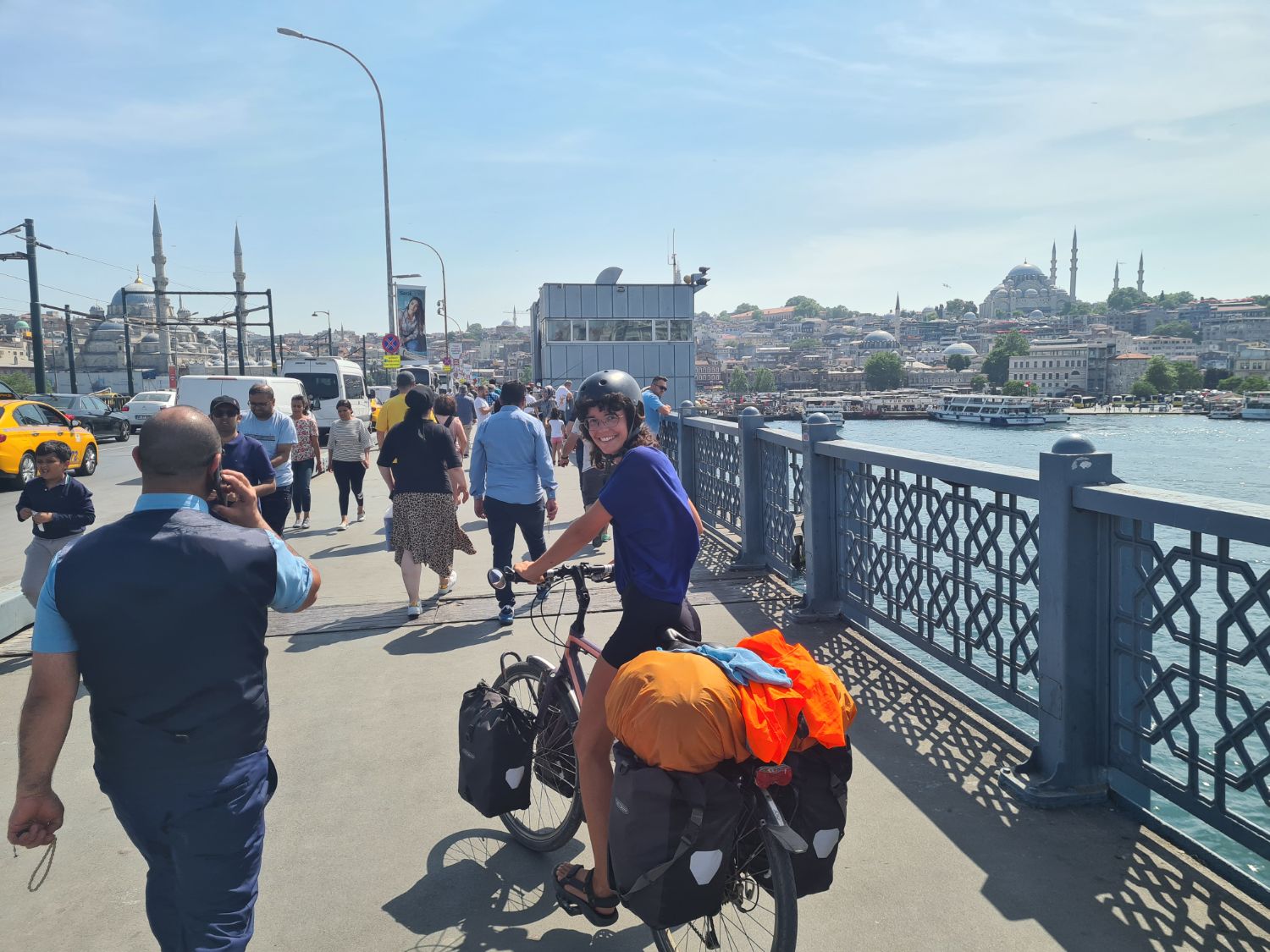 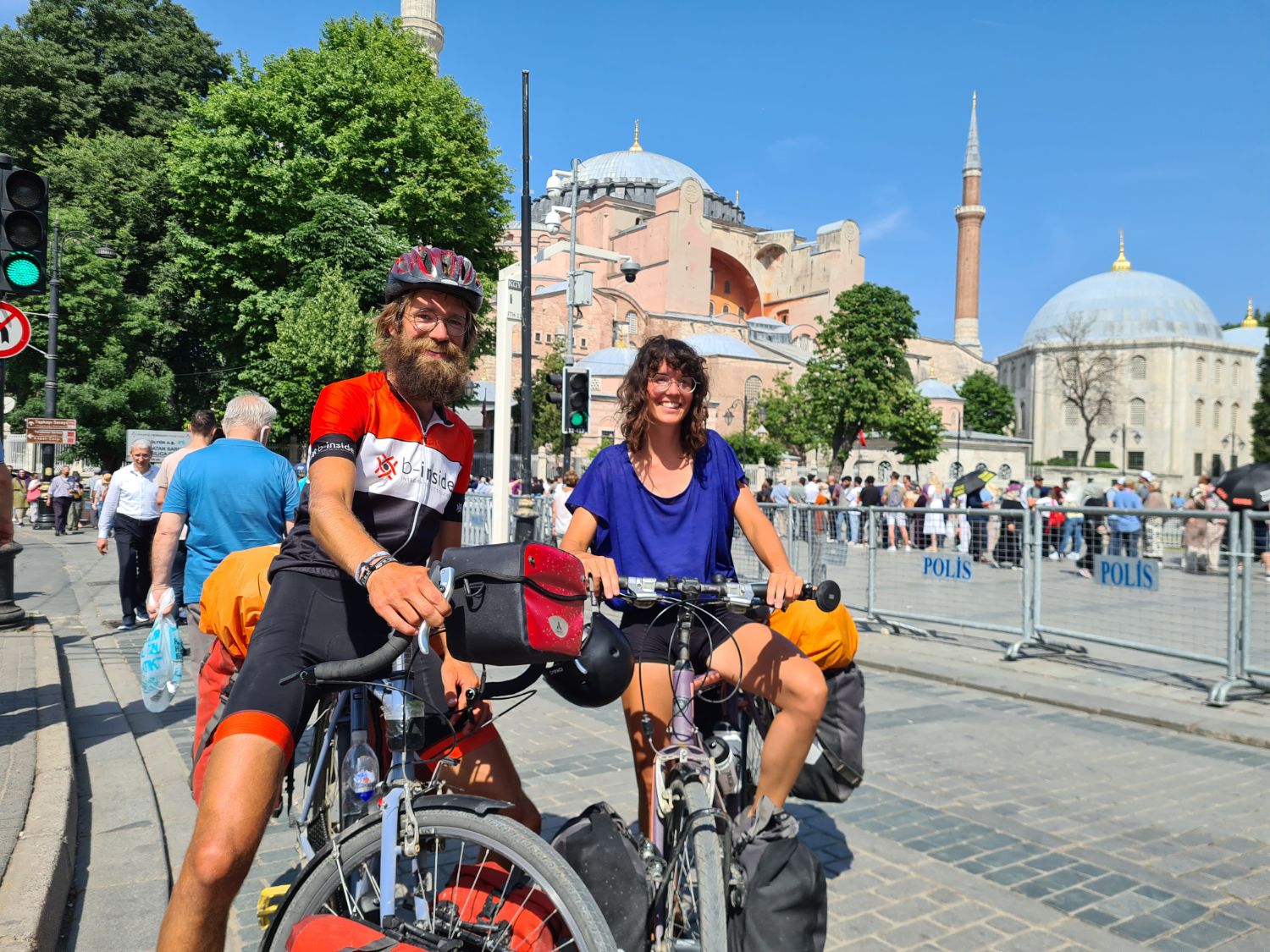 Made it to Ayasofya

We spent the first days with a nice Couchers host, Emre, and then went to a hostel to complete our week in Istanbul. And now, after a an overdue visit to the barber, we’re already back on the road, going south, to drinking çay in every village we pass. 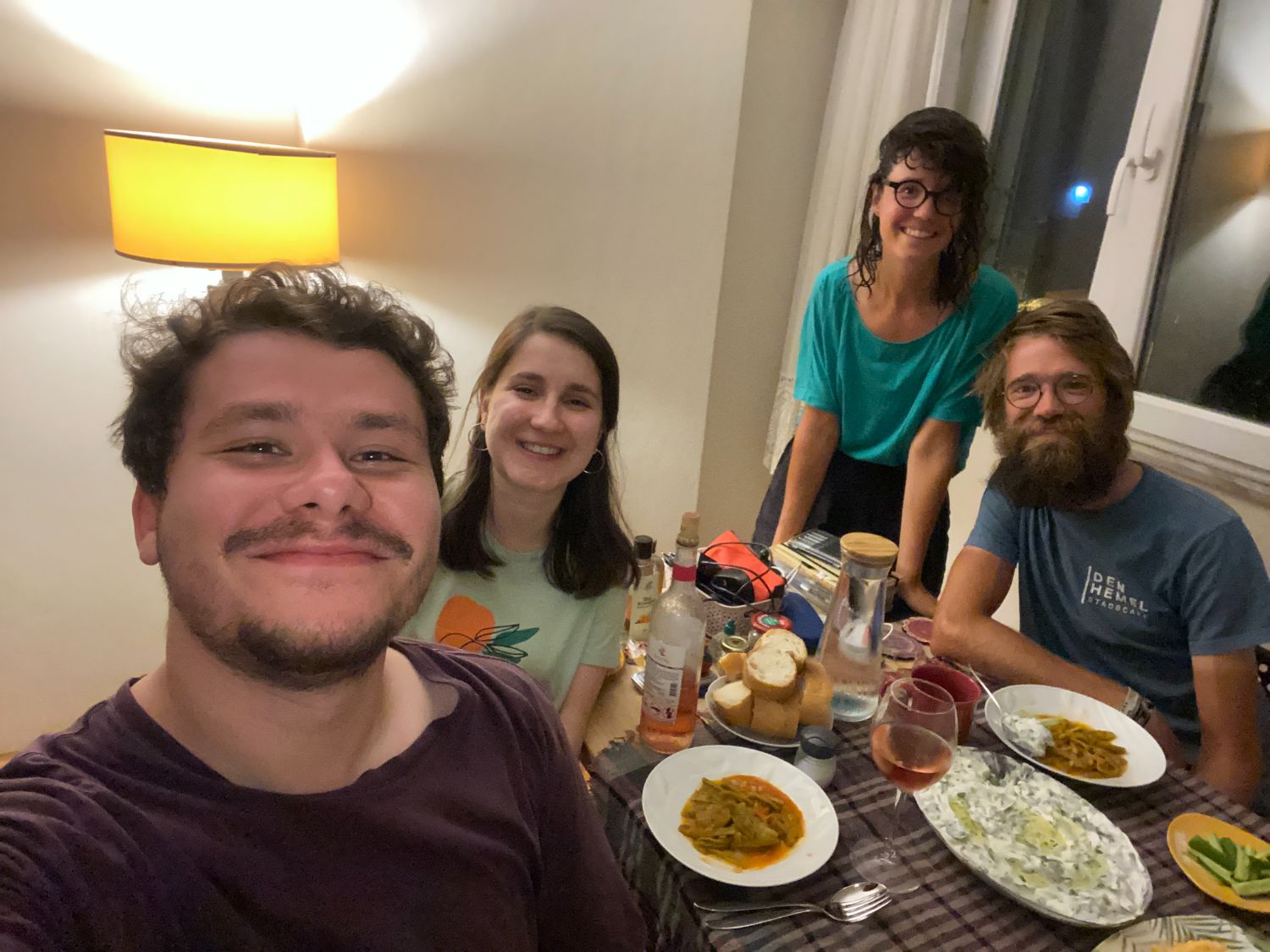 Emre, Beyza and us. Thanks a lot!! 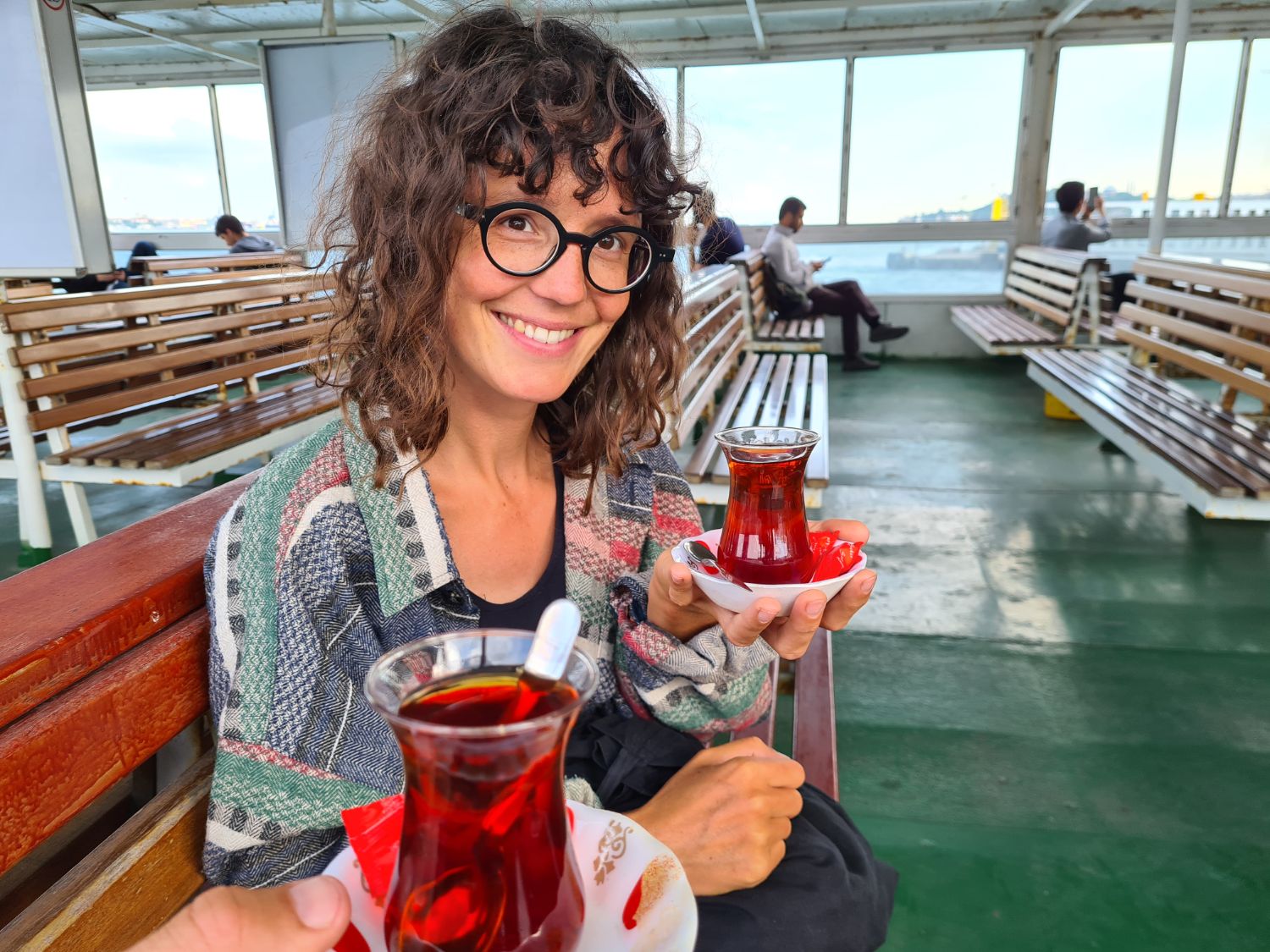 Tea everywhere, even on the ferry 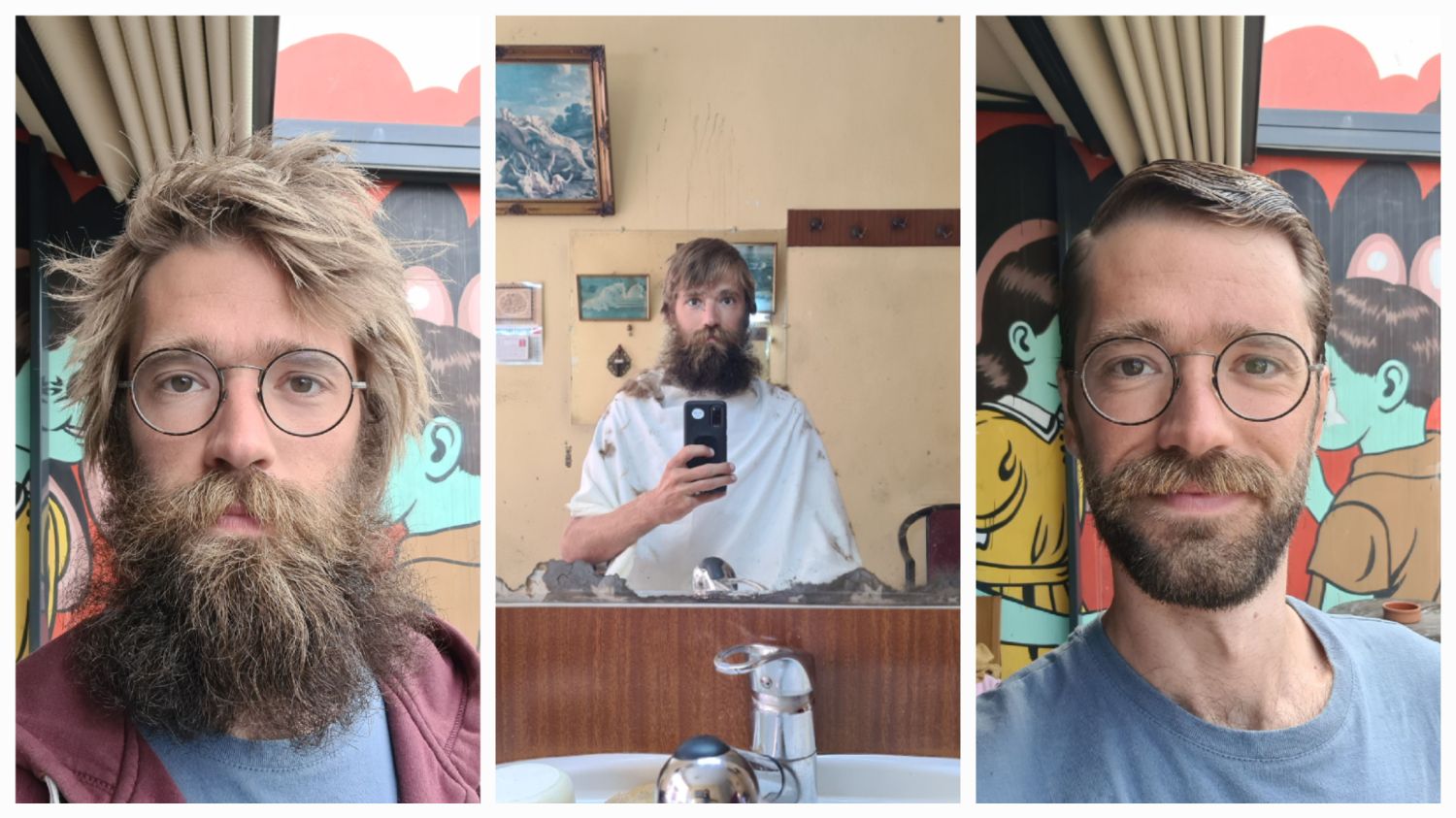 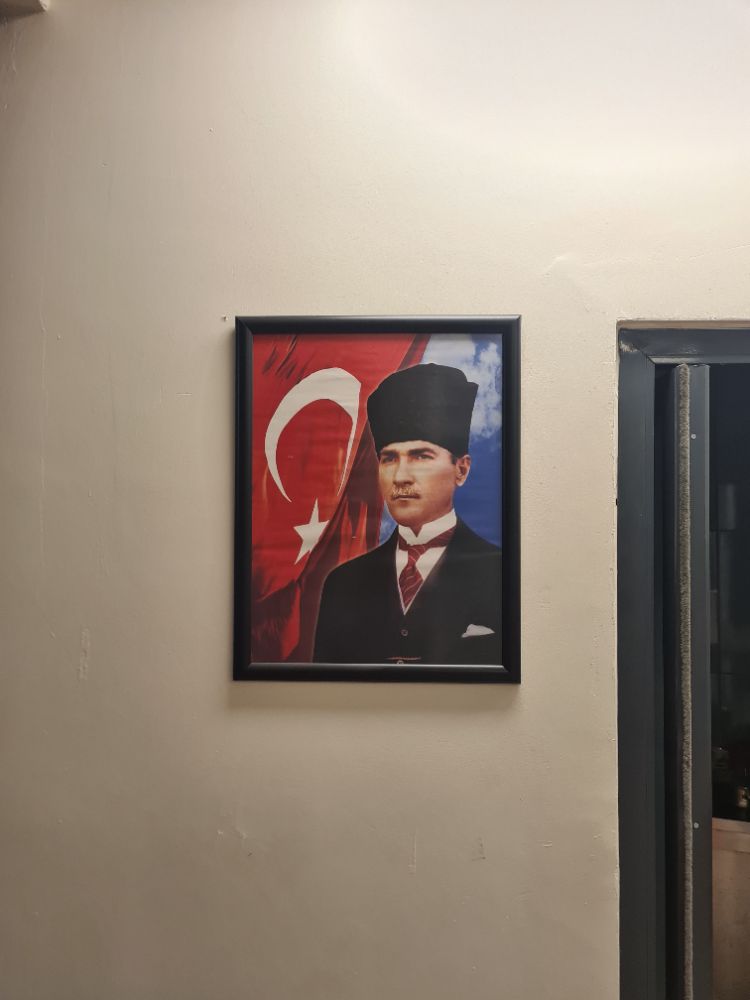 The father of all Turks: Atatürk 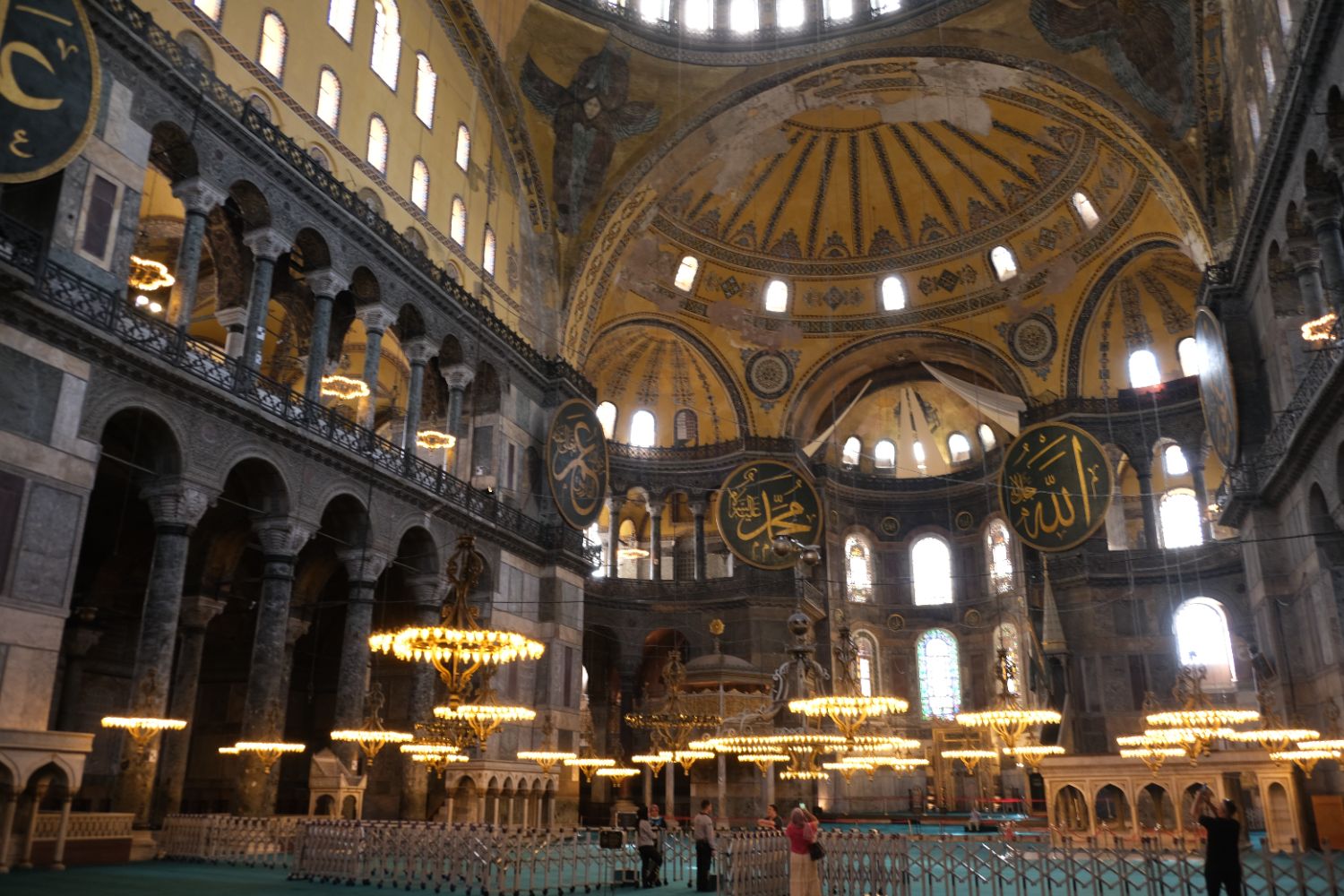 Ayasofya, as one of the firsts inside 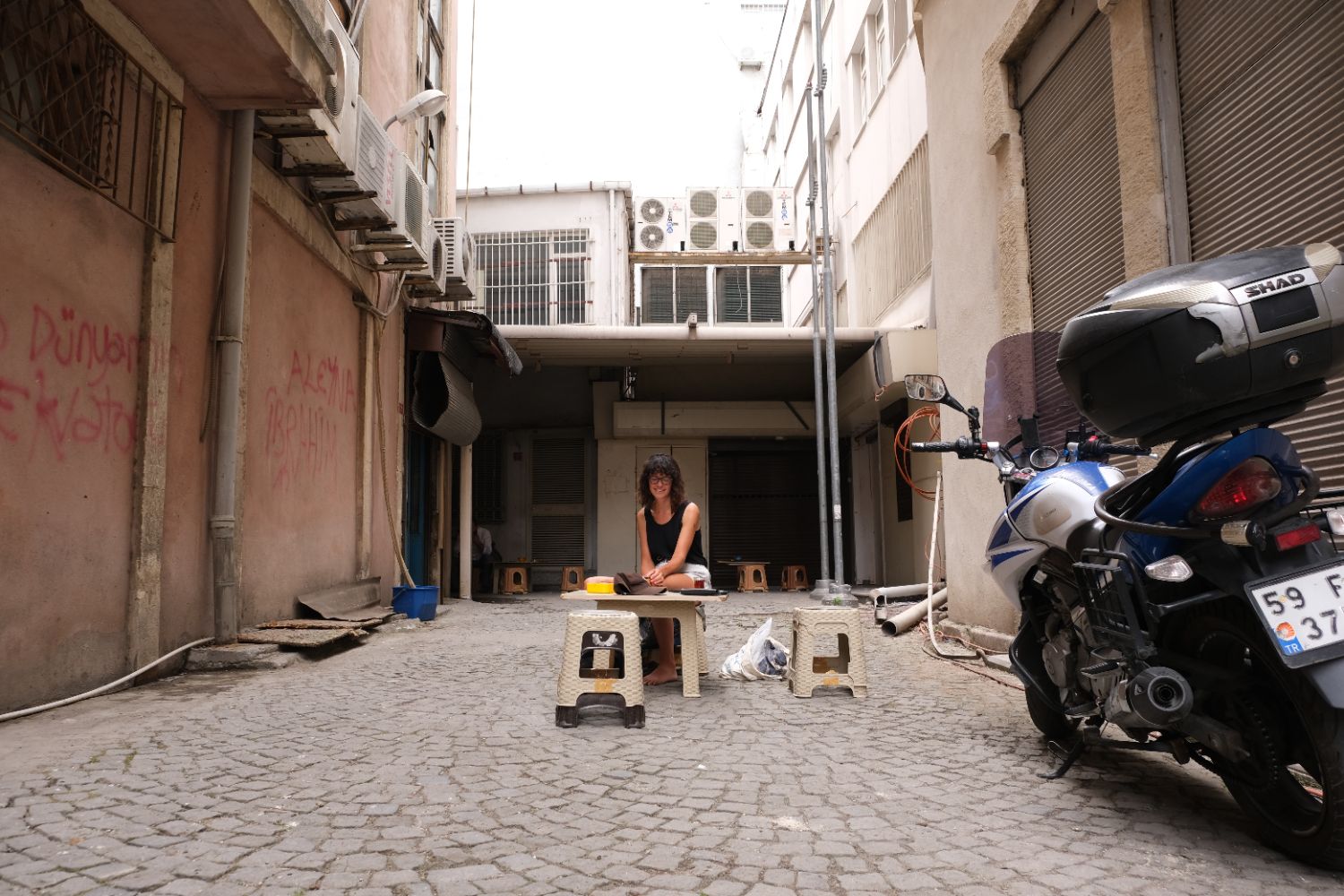 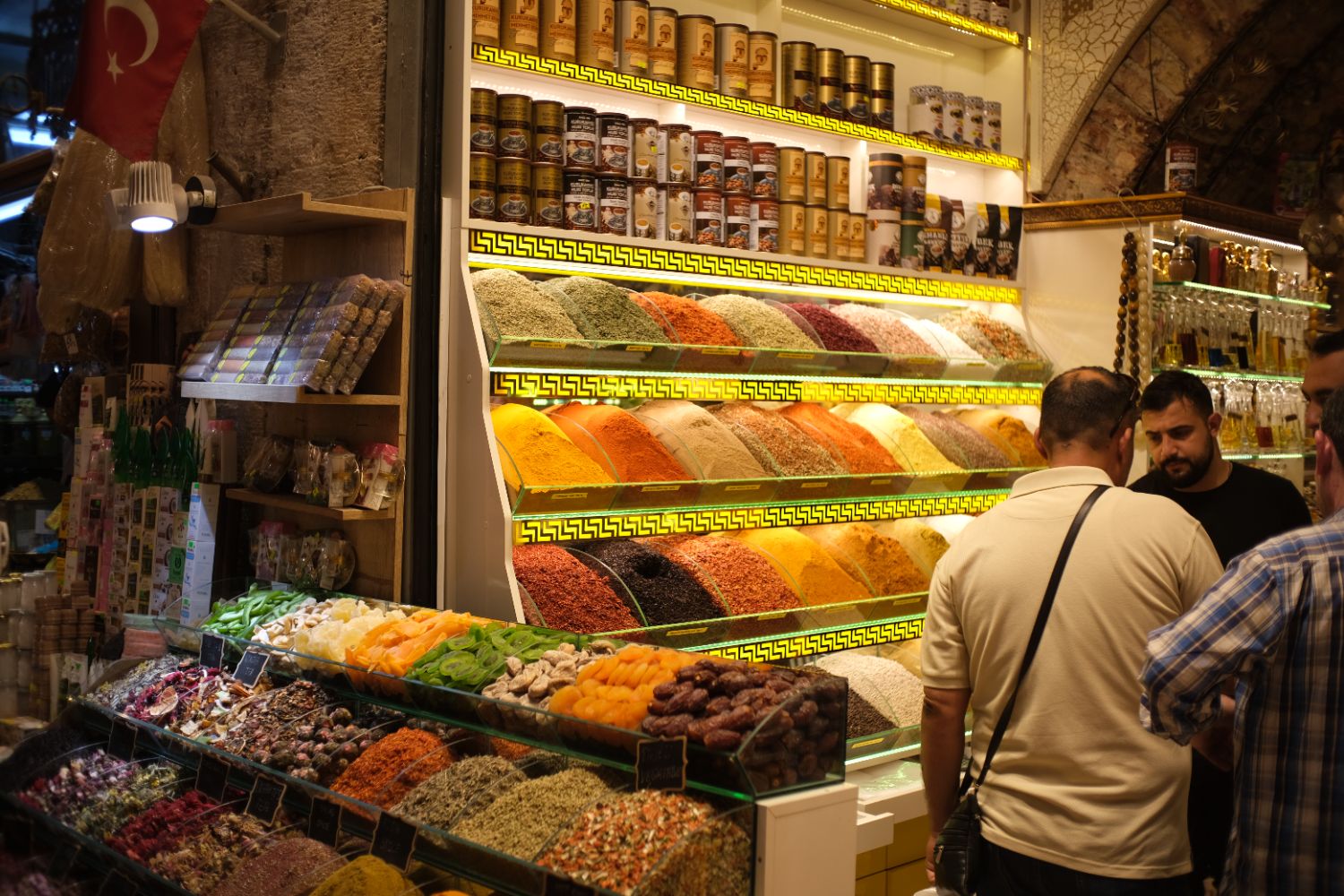 Spices at the spice bazaar 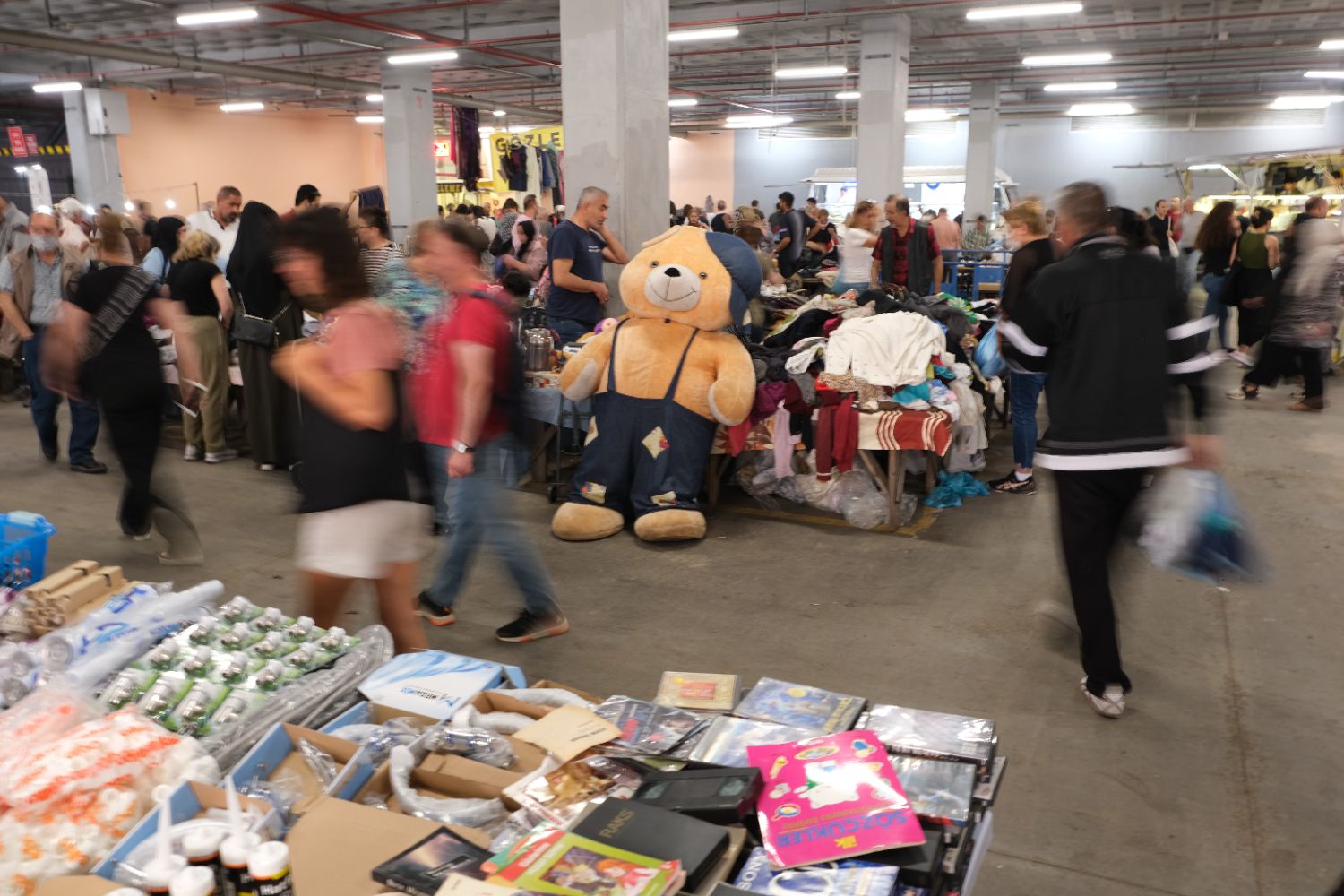 You can find anything at the bazaar 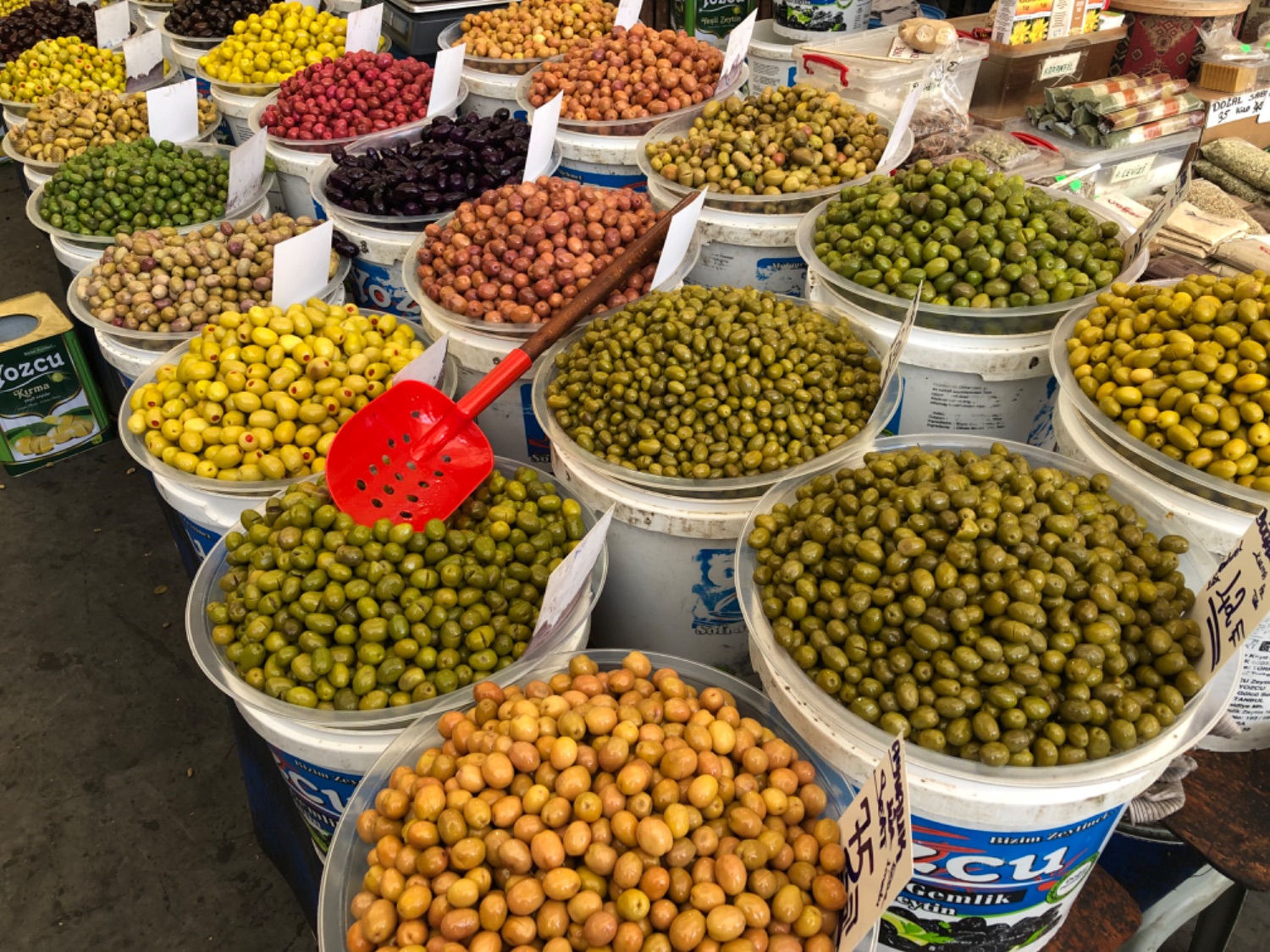 Olives in many colours 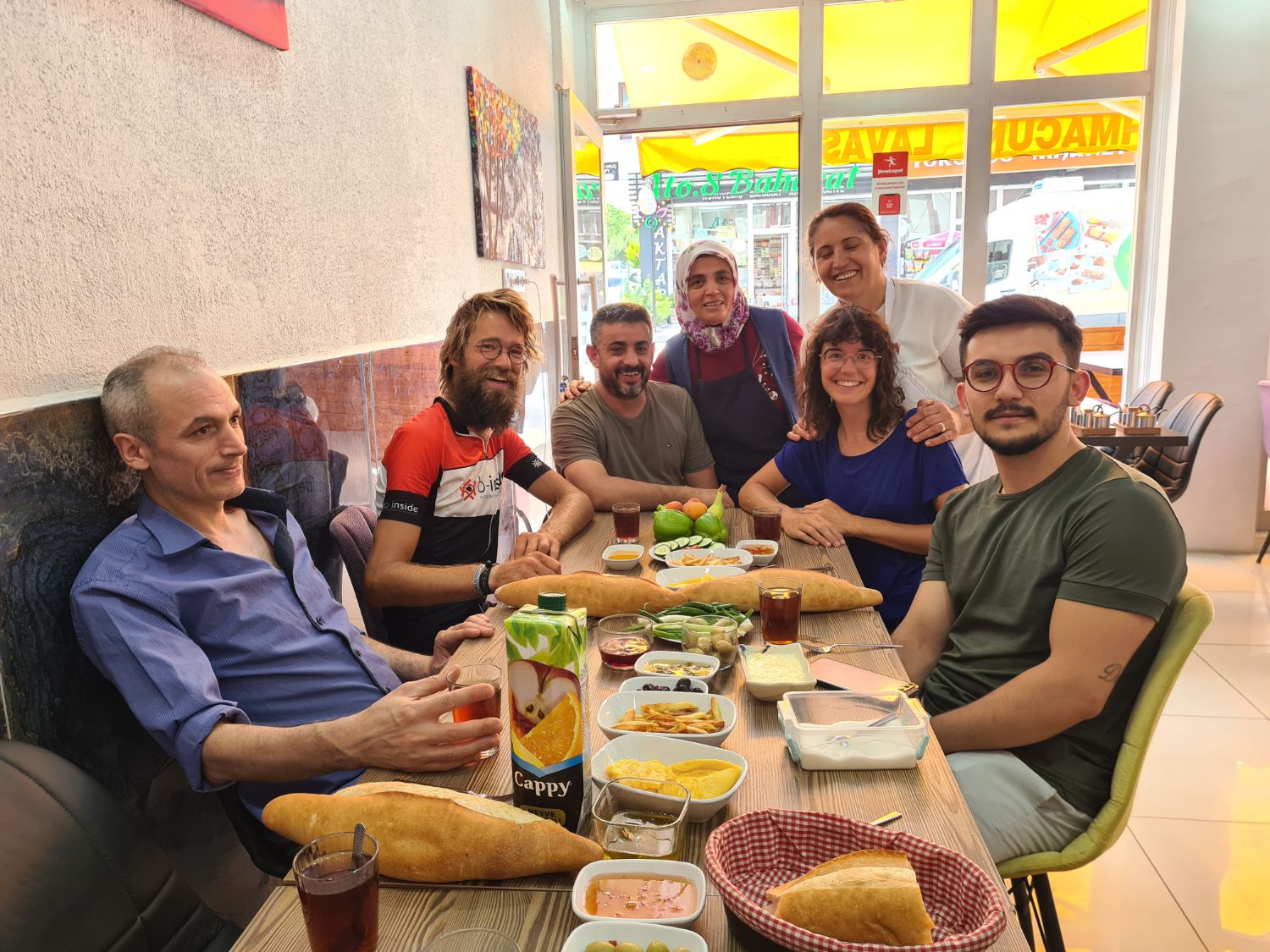 Breakfast, or, the result of trying to buy tomatoes 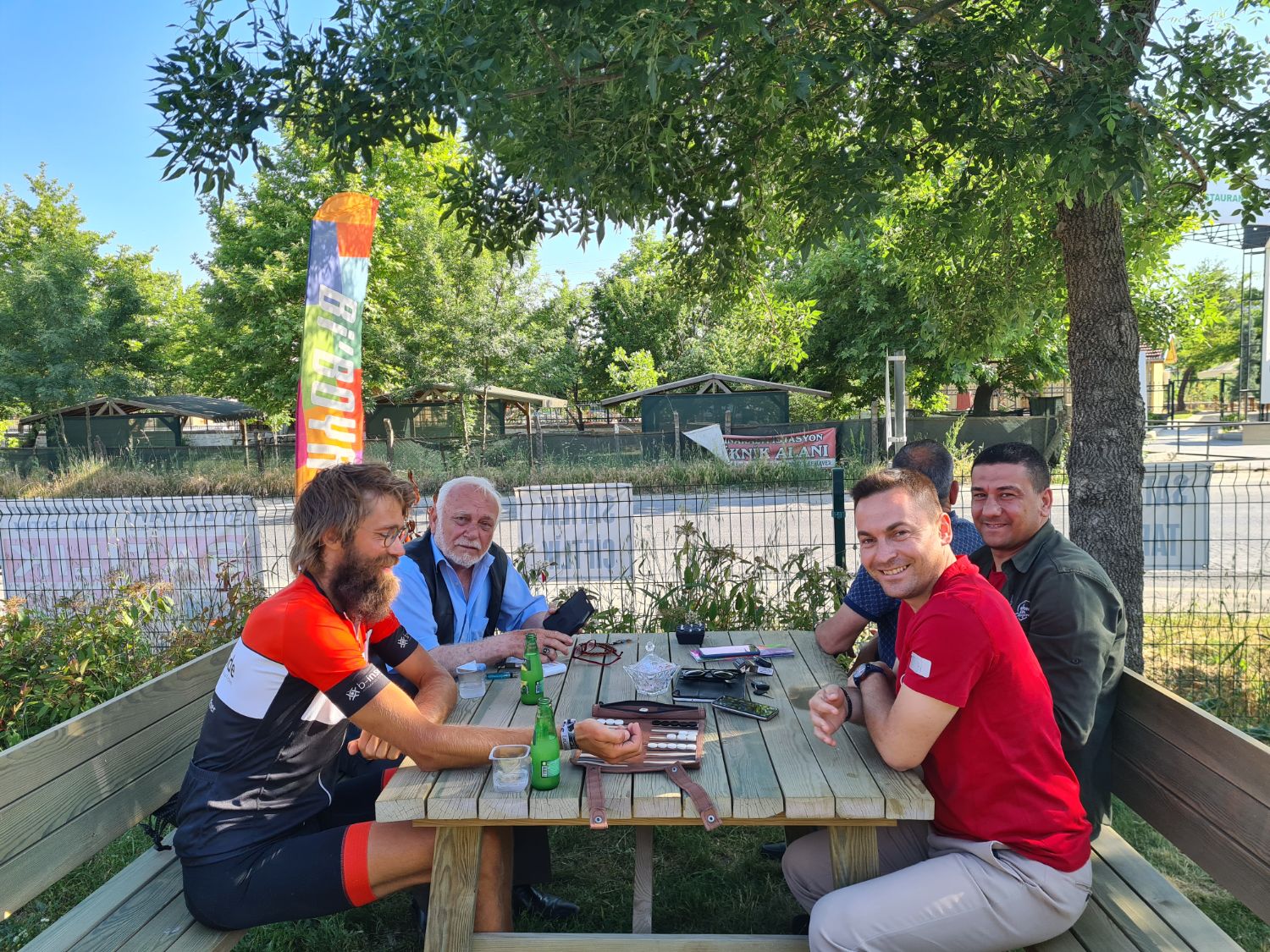 Trying to beat a Turk at tavla