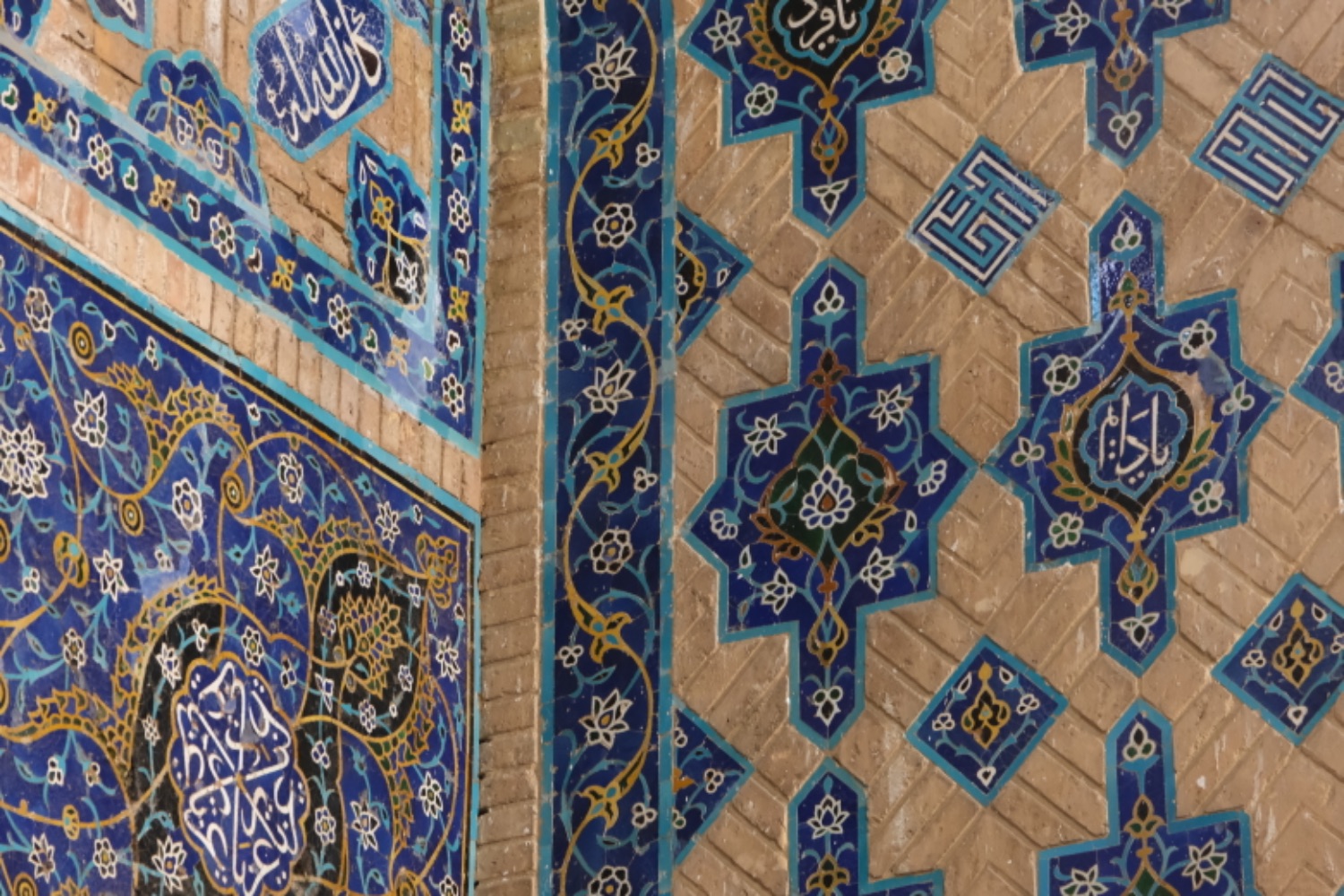 Salām! We finally made it to Iran after ten months of travelling. We were so happy to have made it and the first week in the country was amazing. Only to come to an abrupt end a few days later. We had an encounter with the secret police and the scary experience made us decide to leave Iran. We spent only ten days in Iran and saw the ugly face of it way too quickly.

First the good side. The side of the natural beauty and the extremely kindhearted and helpful people. The side we heard so much about, from friends and other travellers and were very keen to experience ourselves. 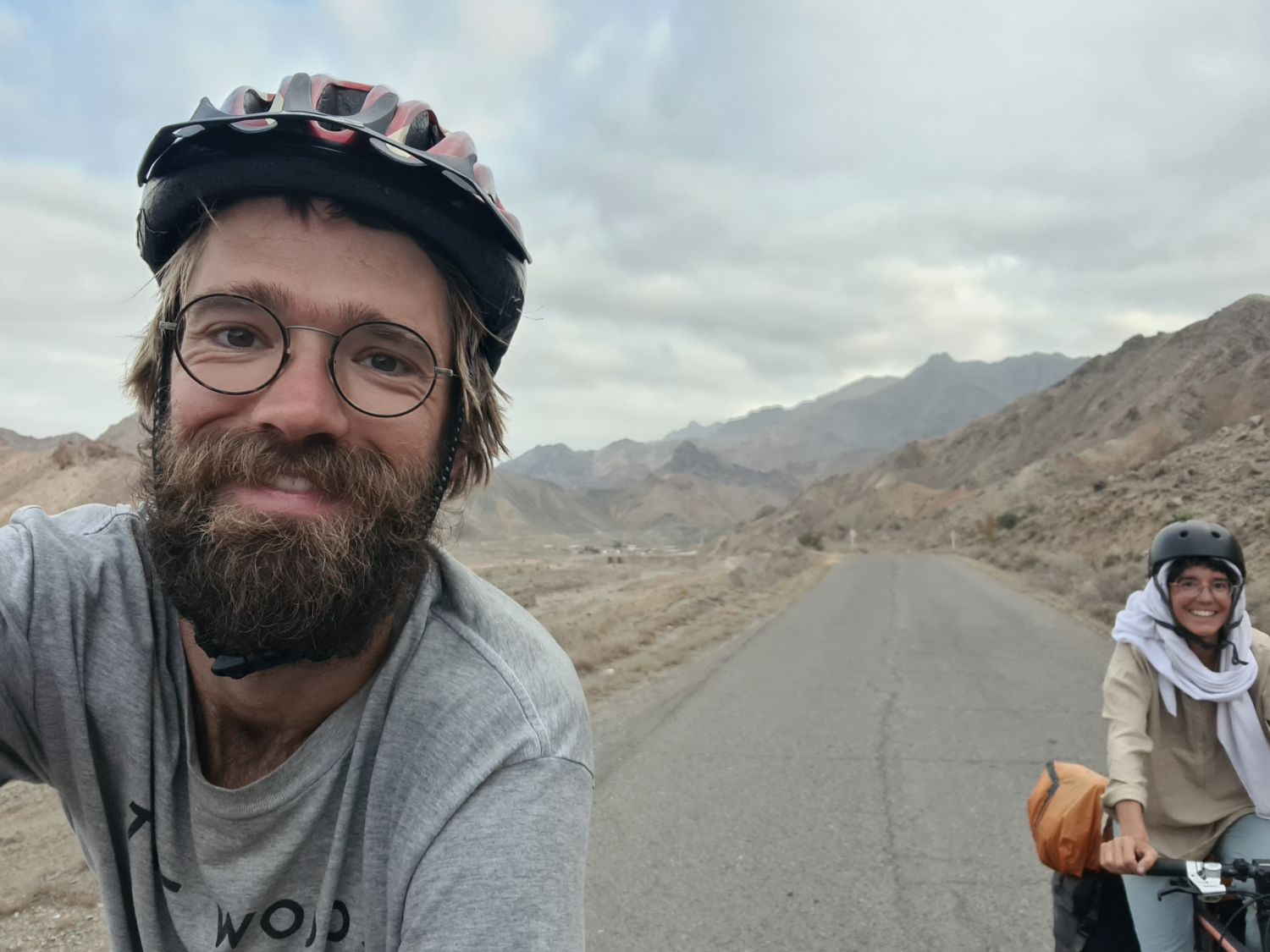 We entered Iran from Armenia, in the East Azerbaijan province, a mountainous and sparsely populated region. The vastness of the country was noticeable from the start, with very tall mountains and wide valleys. The scenery was incredible! 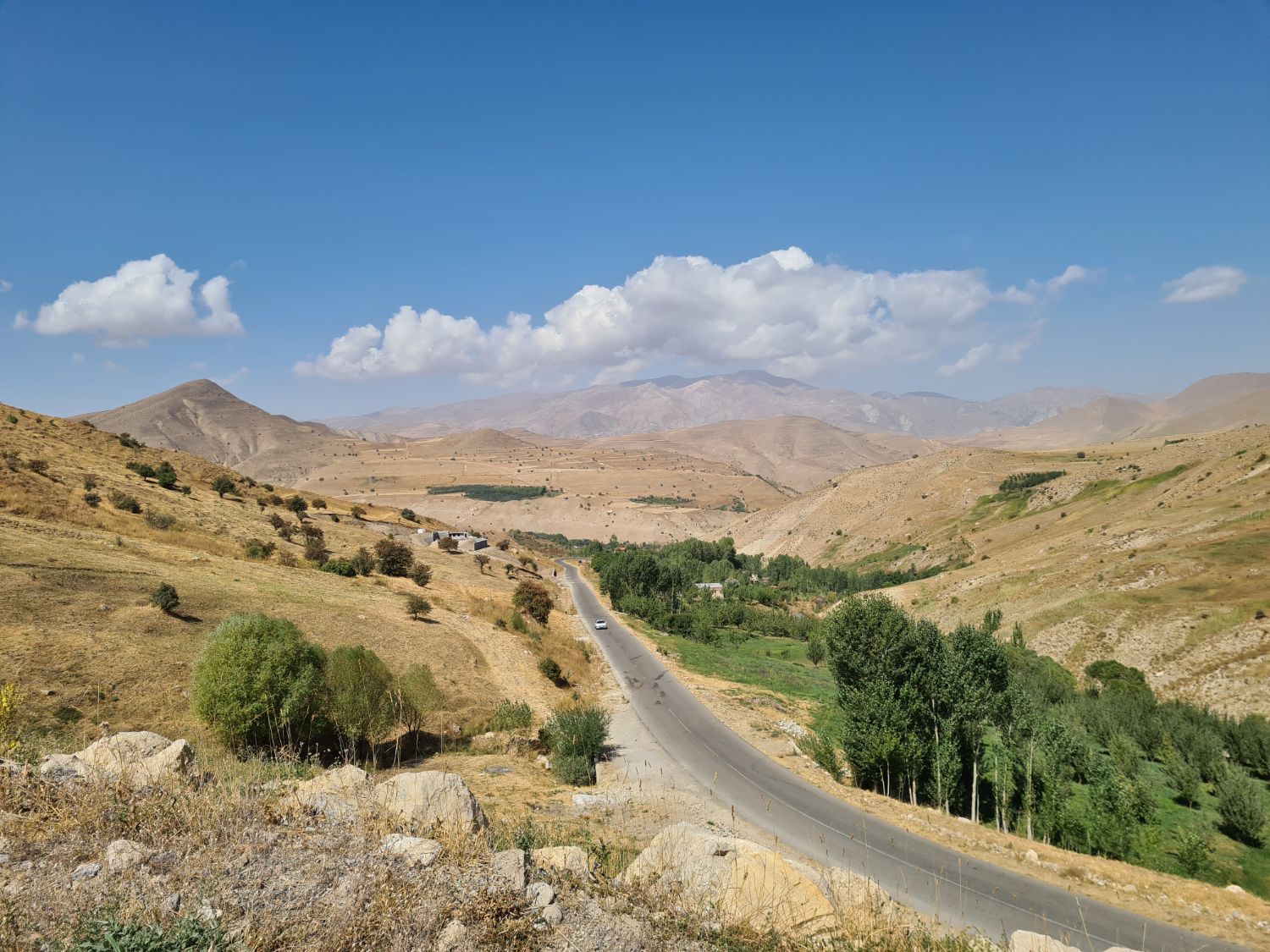 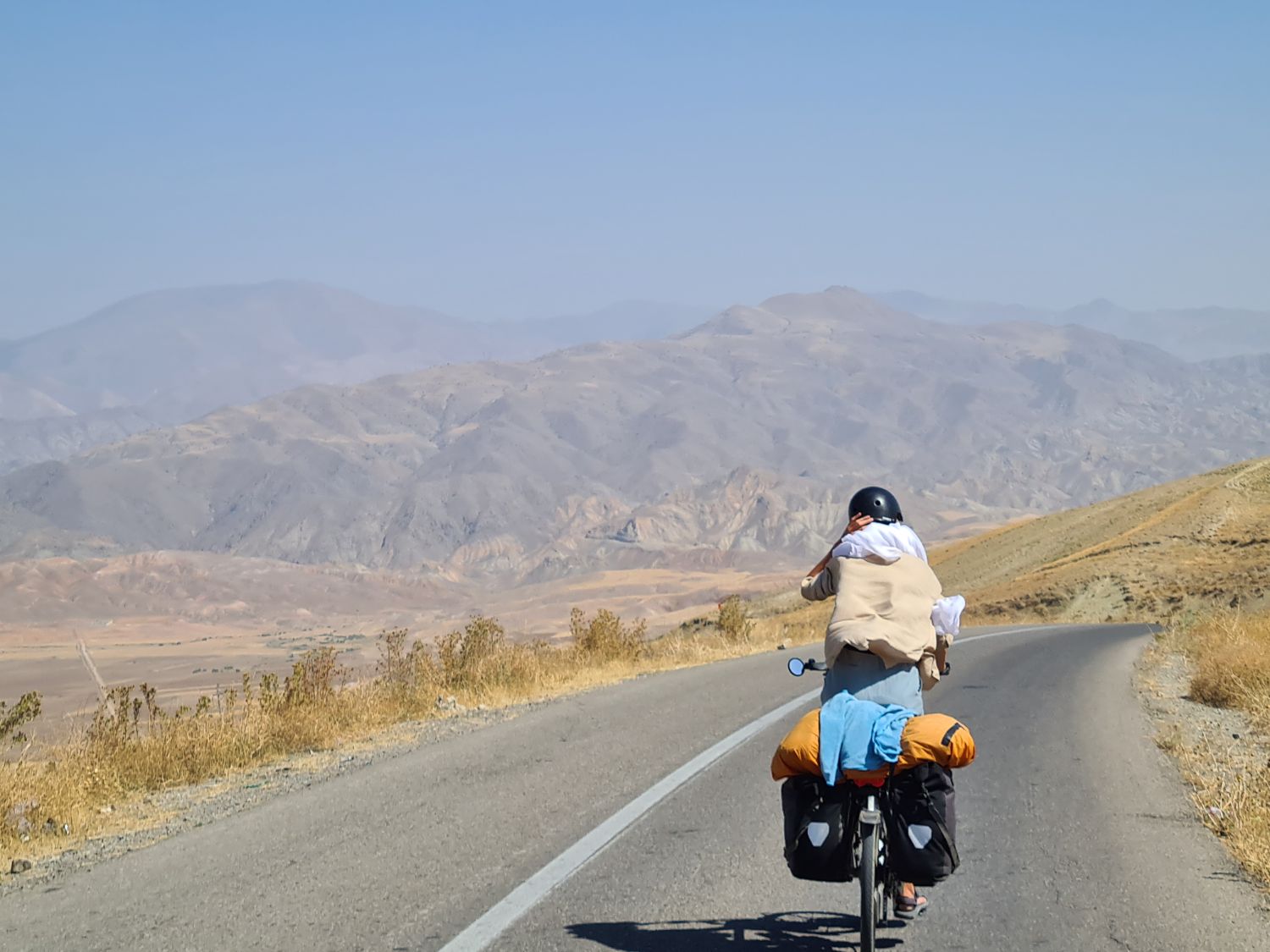 And the people were so very friendly. Many people talked to us on the street, took photos of us and with us and we exchanged many phone numbers and instagram accounts. We had breakfast with some road construction guys and had another breakfast with a family an hour later. 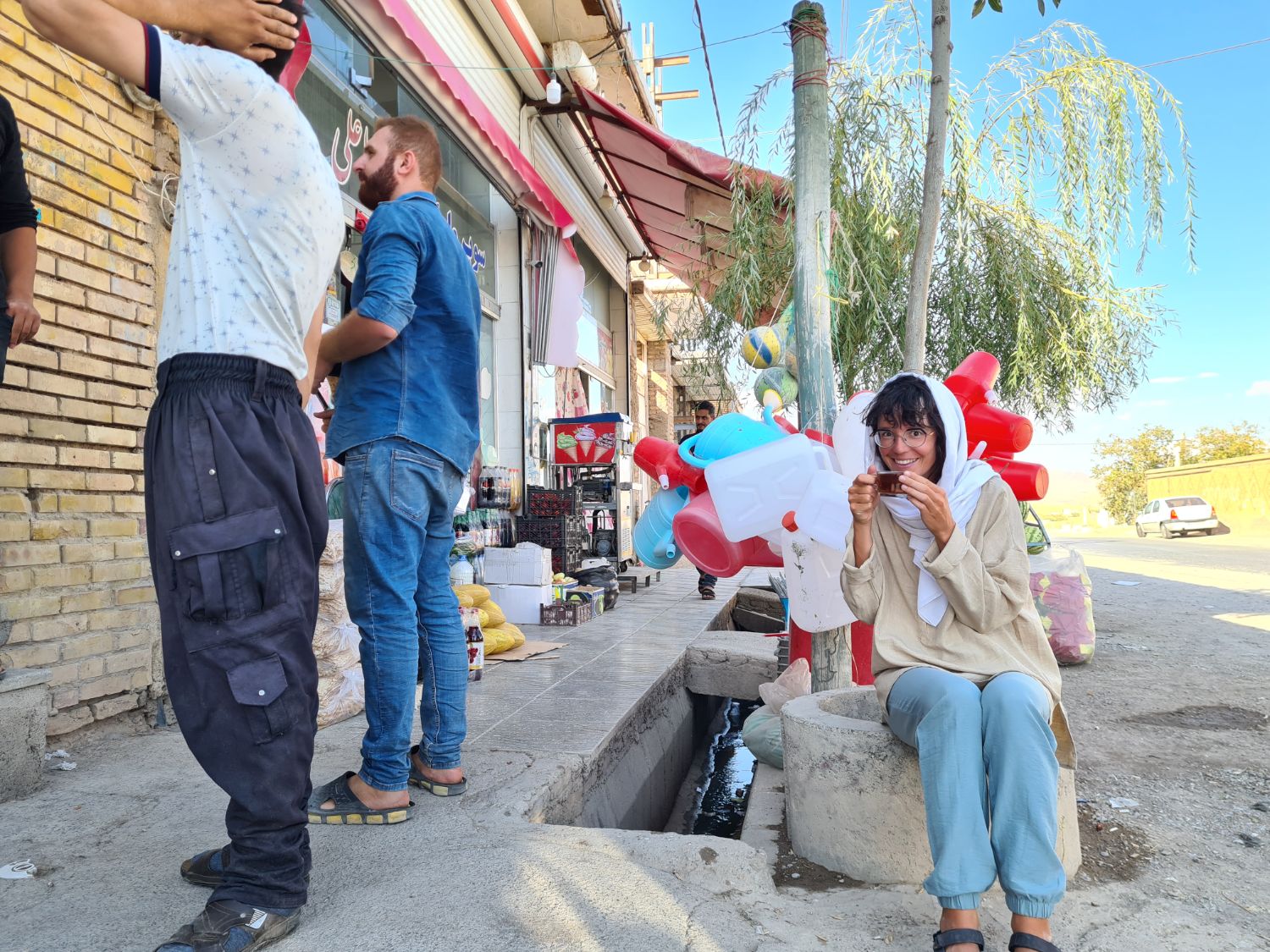 Getting tea outside of a shop

After a few days we arrived in Tabriz, the biggest city and capital of the East Azerbaijan province, where we went to a cheap guesthouse and explored the city. During the first two days it was relatively quiet due to an important Shia Muslim holiday, called Arbaeen. Nevertheless, we still managed to meet many people again and were invited for dinner one night. 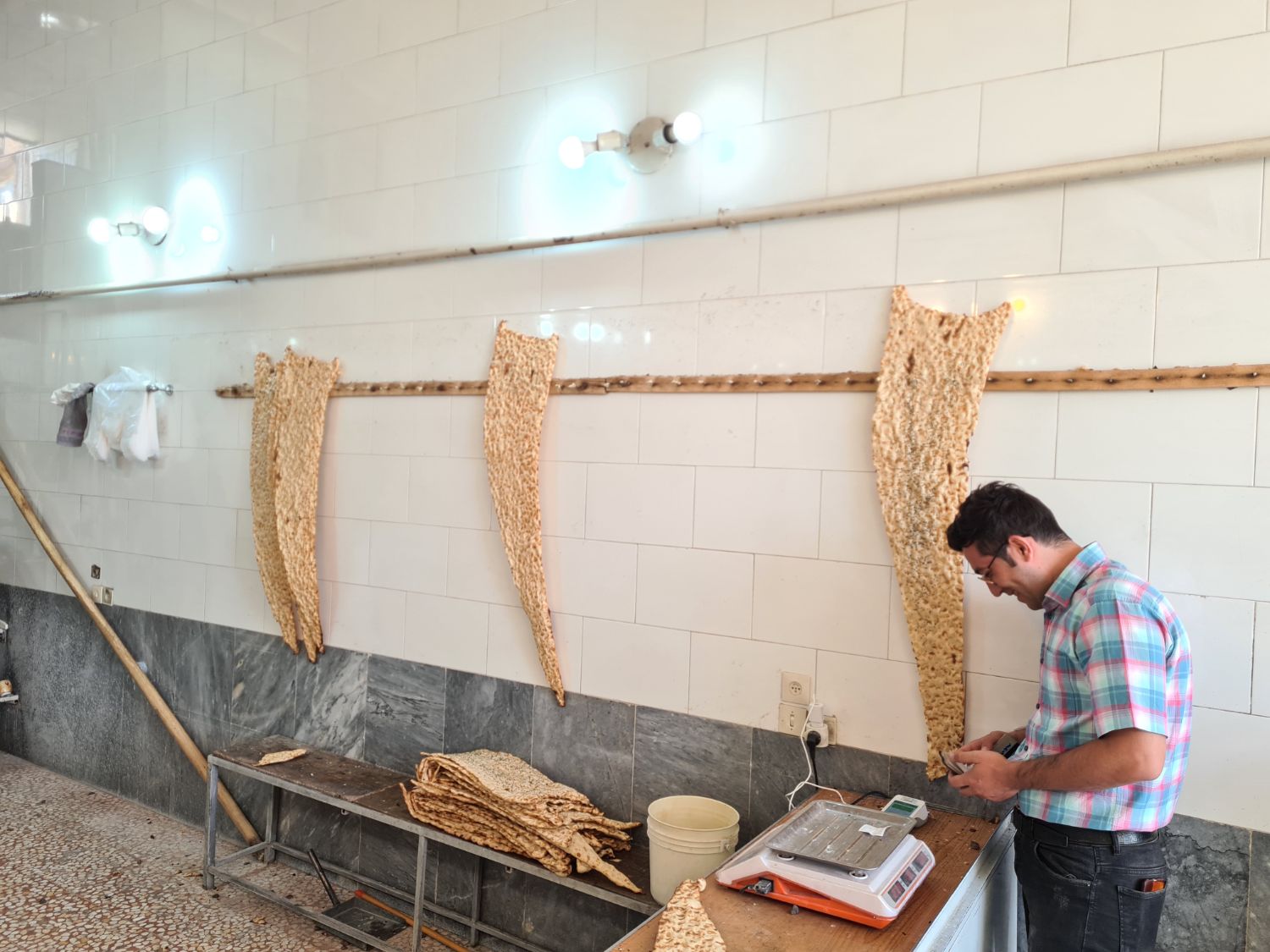 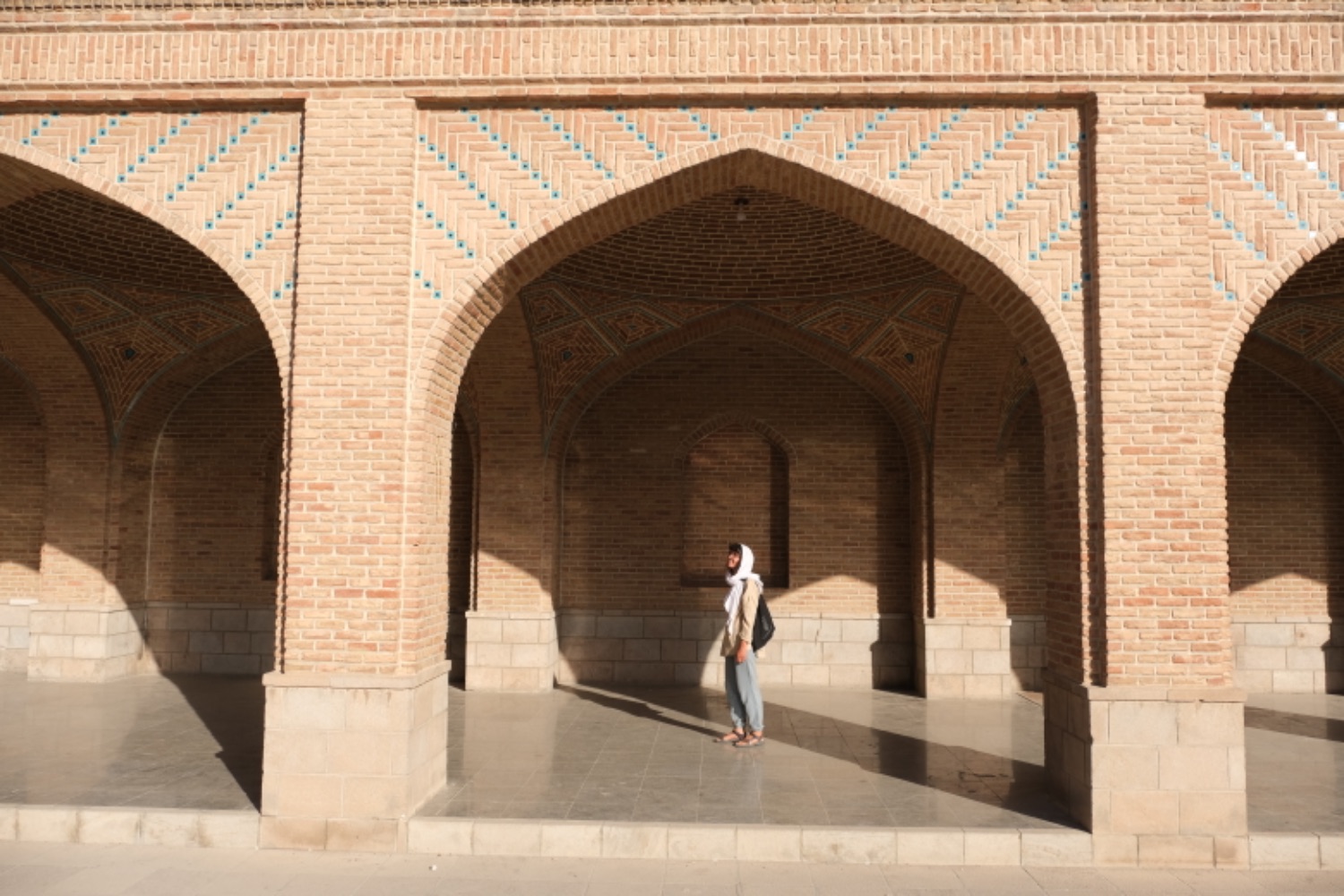 Tineke enjoying the evening sun at the Blue Mosque

On Sunday, the first day of the week and the day after the holiday ended, we finally managed to arrange a SIM card and exchange some money. We were ready to cycle on.

Our plan was to cycle to the Caspian Sea via some beautiful villages in the mountains, then take a train into Tehran. Preventing us from having to cycle more than 60 kilometers on the highway to reach the capital.

But then, after only two days, we apparently made a mistake… We did a big day and cycled 90 kilometers. The sun was setting and we couldn't cycle another 20 km to get to the next town of Miyaneh and decided instead to turn off into a small gravel road that lead into a beautiful valley. After 2 km, we had found a nice and quiet camping spot. 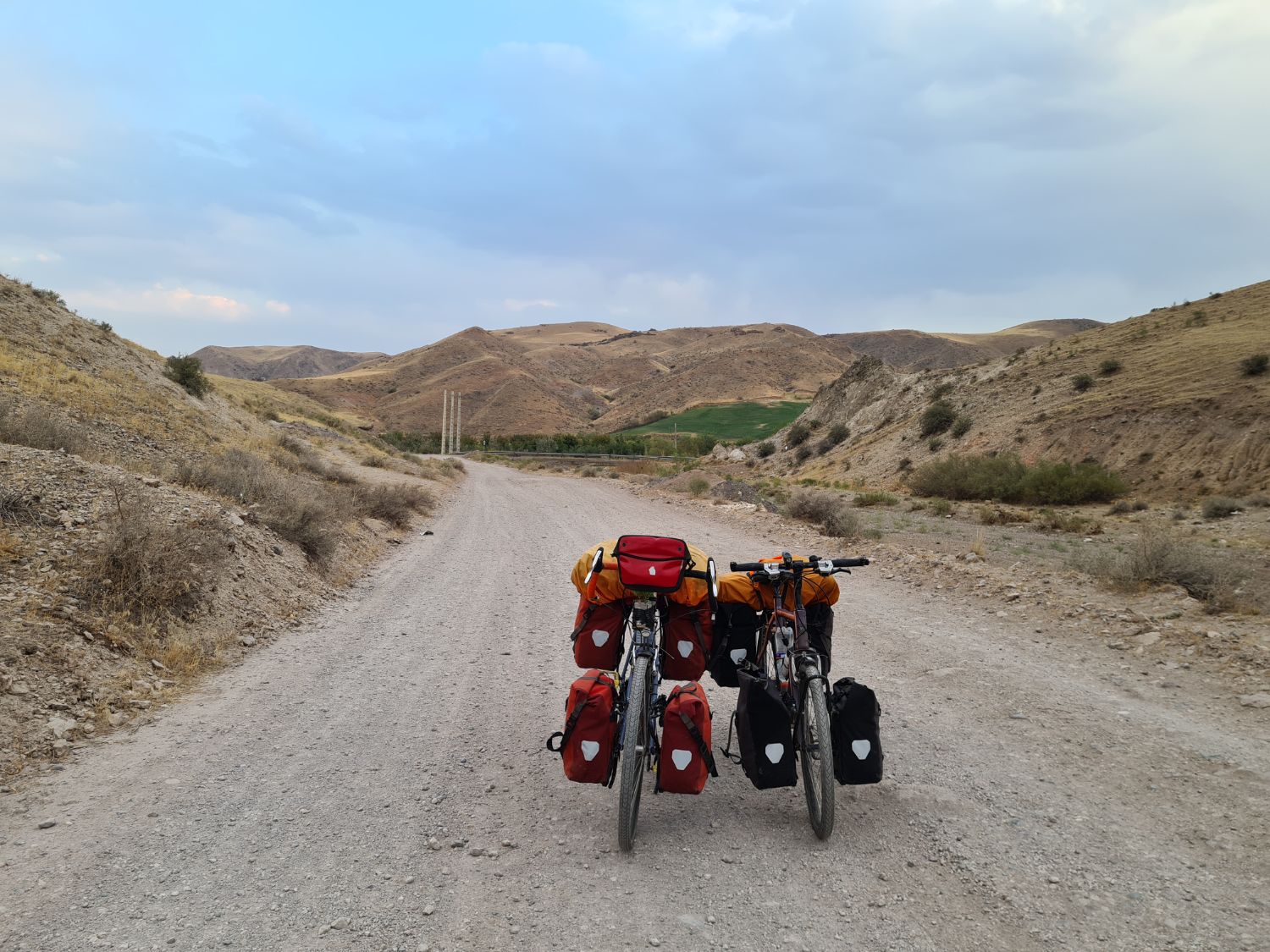 Our bikes, not knowing this was not the gravel road to take

The next day we cycled into Miyaneh, where things went very wrong. But not before two men argued over who would pay for our breads. And not before we were invited for tea, which led to lunch, which led to an invitation to stay the night. We kindly declined since it was only around noon. It was after all this incredible hospitality when we saw the other side of Iran.

As we were saying our goodbyes to the kind family, a man took me by my arm, removed me from the group, and quietly asked me where we were from, before telling me he needed to ask me some more “security questions”. I don’t remember if we spoke Farsi, Turkish or English, but probably a mix.

The family and some bystanders first tried to talk to the guy and ask if it was really necessary but, to no avail. We were first asked to go to a public park for the first round of questions. Luckily for us, and we're forever grateful for this, the son of the family came with us for this whole ordeal. He translated between us and them, but mostly he was there for us and to assure nothing too bad happened.

They quickly told us that they knew exactly where we had camped the night before and asked us multiple times why exactly we chose this spot. They checked our phones and took photos of us. They wanted to know where we worked and what projects we worked on. No idea if they even understood I was provisioning cloud infrastructure for orthodontic applications… possibly not easy to translate to Farsi.

Not satisfied with our answers, or because its standard procedure, they asked us to follow them in their gray old Peugeot 405 to a small room where we were stuck for a couple of hours for more questioning. They wanted to know where we had been and where we were going. And who we knew in these places. We said nobody, to which they replied by showing us all the Iranian numbers we had in our phones. They wanted to know why someone sent me the number of a bike shop in Tehran.

We also had to turn all our bags inside out. They checked everything. Except for Tineke’s underwear, they didn’t dare to touch that. They checked all the thousands of photos on the camera, but luckily we managed to save the analogue camera from being opened. Our phones and tablet were connected to a computer and they did something, don’t know what, to them.

What was even more unsettling during the whole thing was that they interrupted the questioning and checking from time to time to offer us some good Iranian hospitality. We got water, then ice cream and then they offered us dinner. They also kept repeating that they only did this for our own safety, because it was us who went somewhere with security issues. This comforting had just the opposite effect.

The whole experience left us scared and uncomfortable about travelling further in Iran. We would have the feeling of being followed all the time. We would not be able to camp where we wanted or to stay with people, which they explicitly forbid. So, we decided, with a lot of pain in our hearts, to leave Iran as quickly as we could.

The only option was to go back to Turkey, via Urumieh. We cycled a bit but mostly hitchhiked with the typical blue Zamyad pickup trucks, all the way to the border, in two days. Those two days were very hard on us. Everyone we met was so incredible again. People took us further than they had to, we were invited for lunch, for dinner and for staying the night, multiple times. We went to three separate fruit gardens, making us to cross the border with 5 kg of fresh fruits. We were constantly wondering if we had made the right decision. 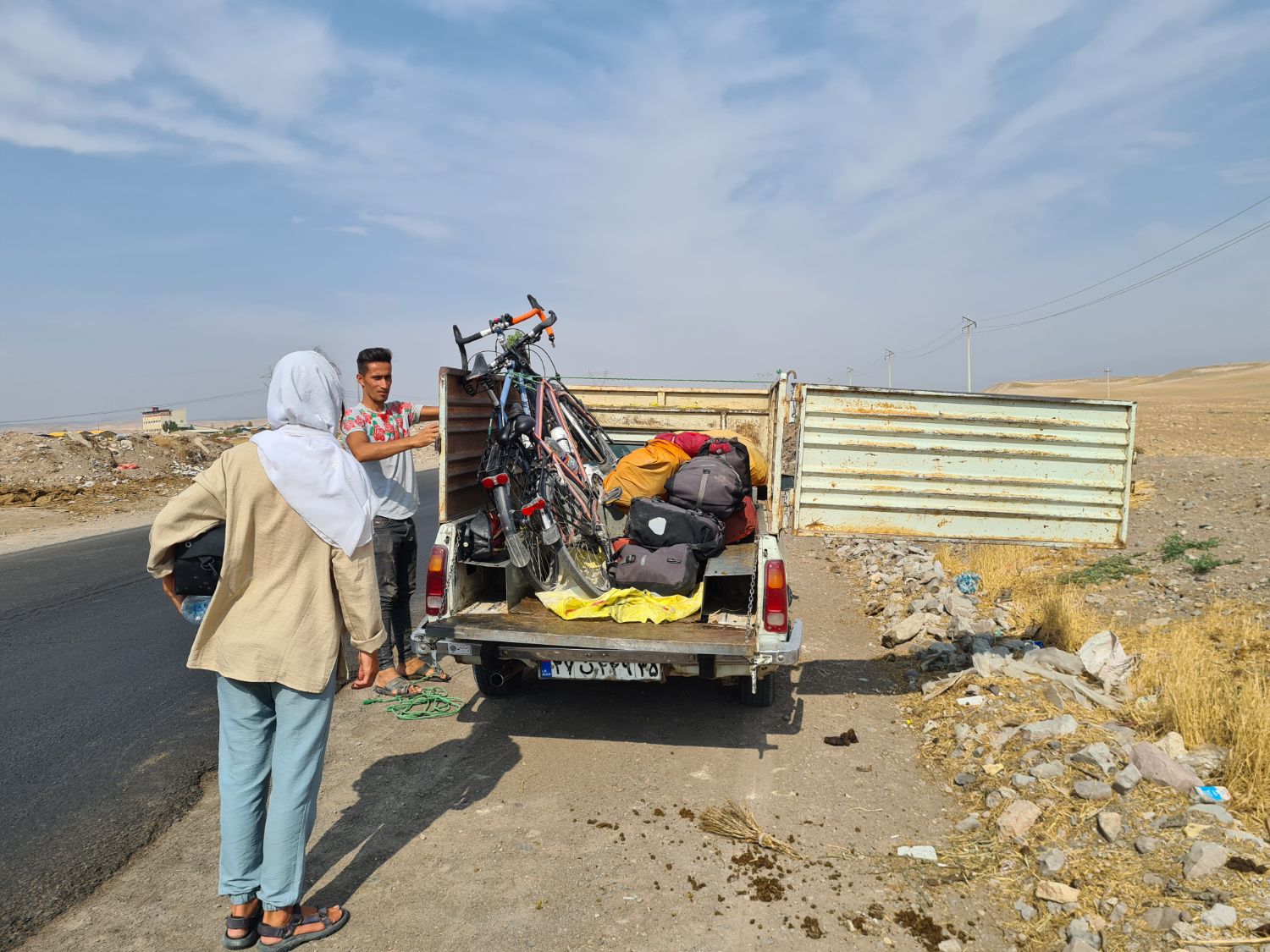 One way to travel quickly in Iran 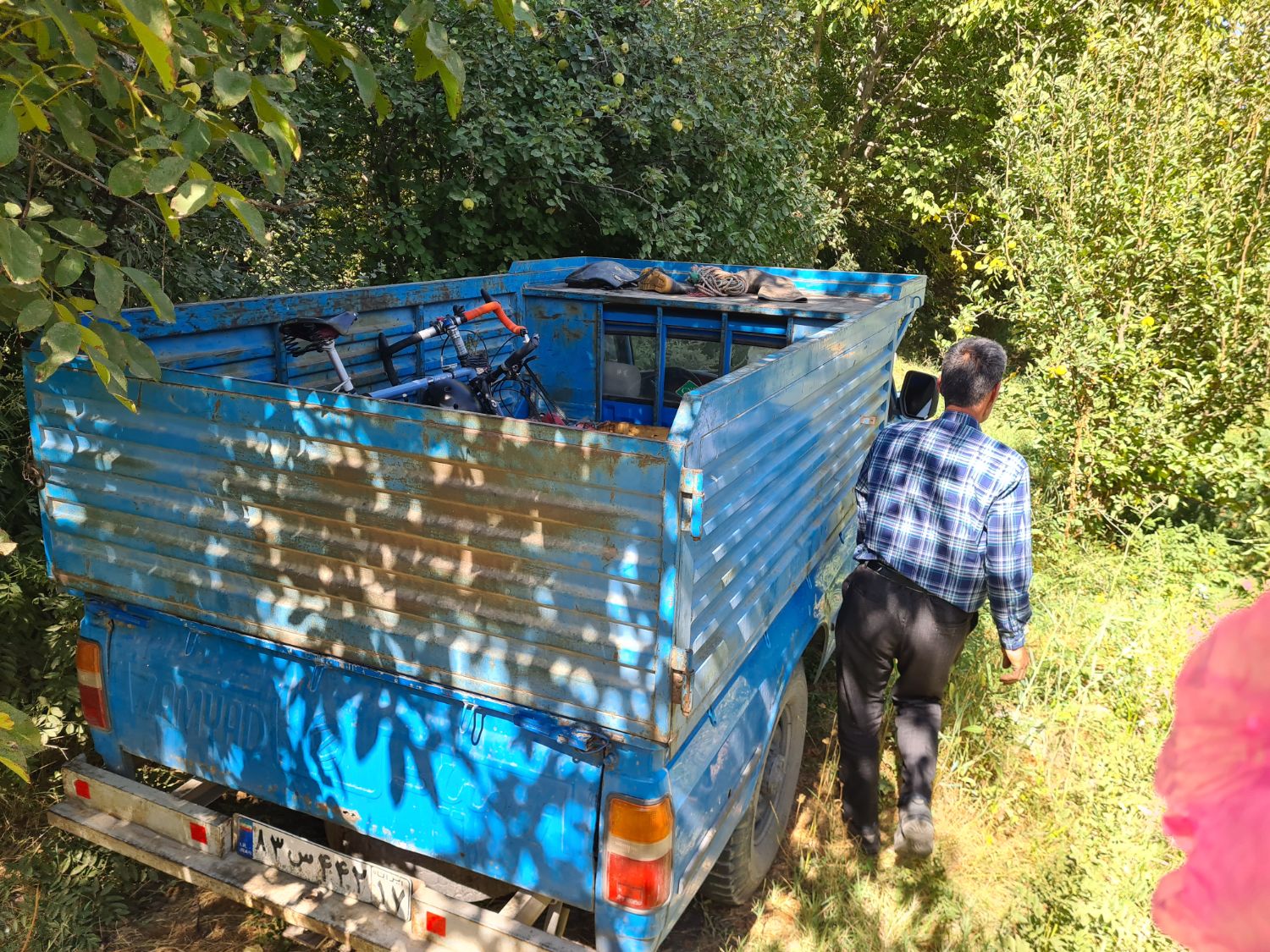 A blue Zamyad truck at one of the fruit gardens

But, we also saw the same old Peugeot 405’s, wondering if someone was checking us out. Some soldiers took photos with us. Why? We had to stay in crappy hotels, instead of staying with those families. So, for now, yes. This was the right decision. But it doesn’t feel right.

We left the country in tears. Being sad and disappointed. For us and for the Iranians. We sincerely hope we didn't cause any trouble for people we met and enthusiastically shared their information with us. We hope the current protests finally lead to some changes. 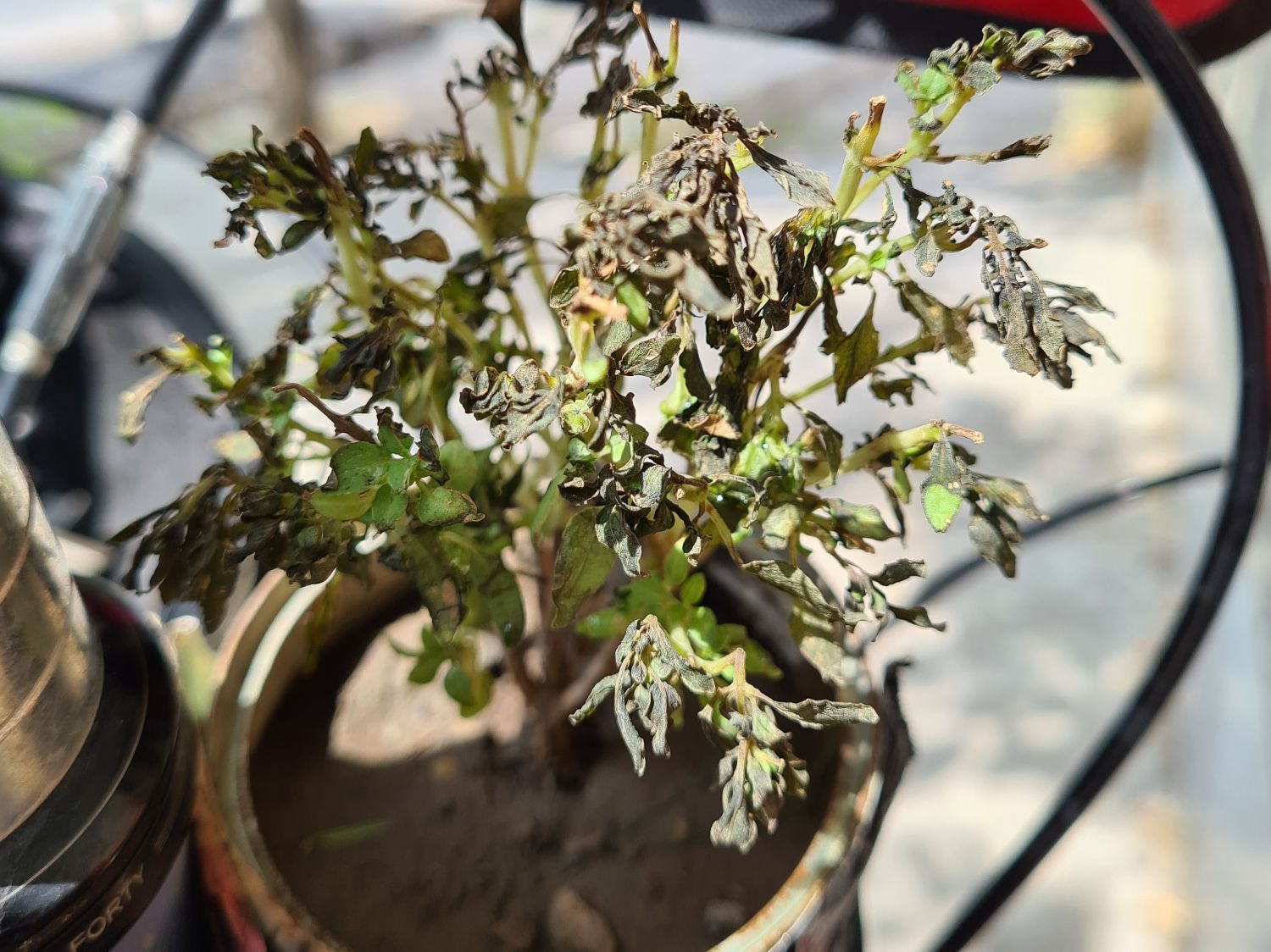 My plant died the day we left Iran

We hope to come back one day to experience the country in its entirety. To see the beautiful mosques and mountains. To go to the islands and the seas. But most of all, to meet the nicest people on earth and enjoy the never ending hospitality. 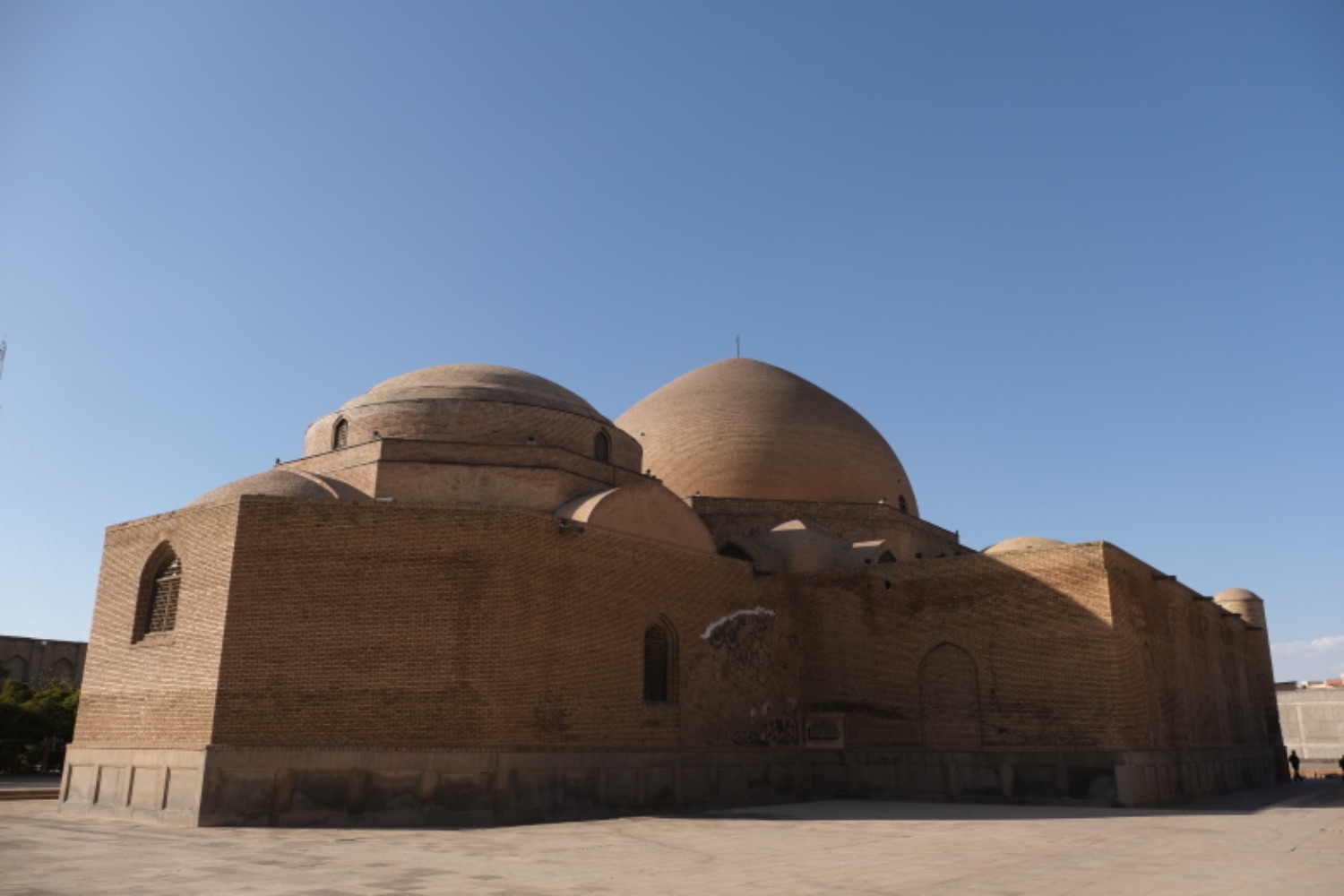 The Blue Mosque in Tabriz 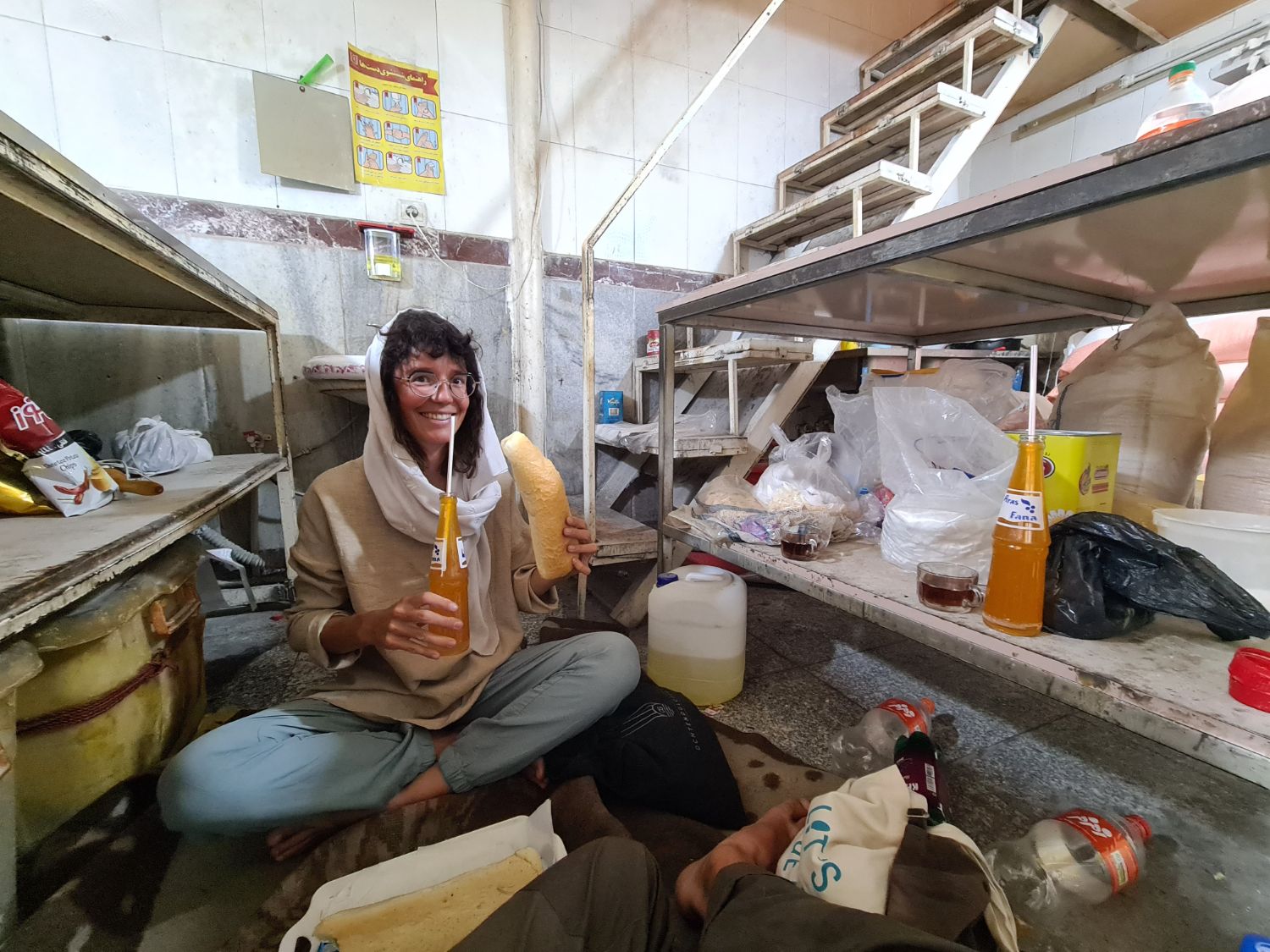 Being taken care of in the back of a bakery. 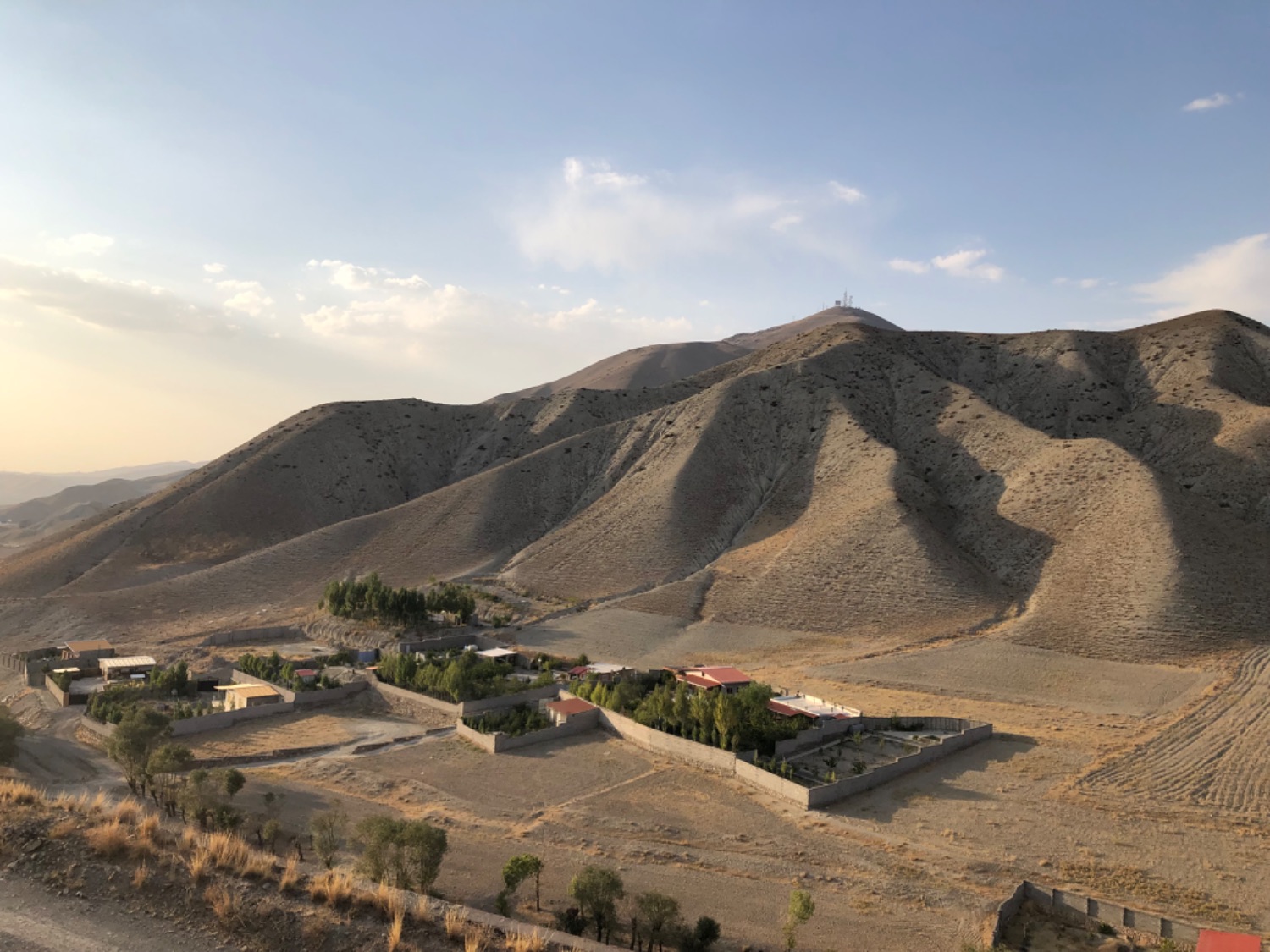 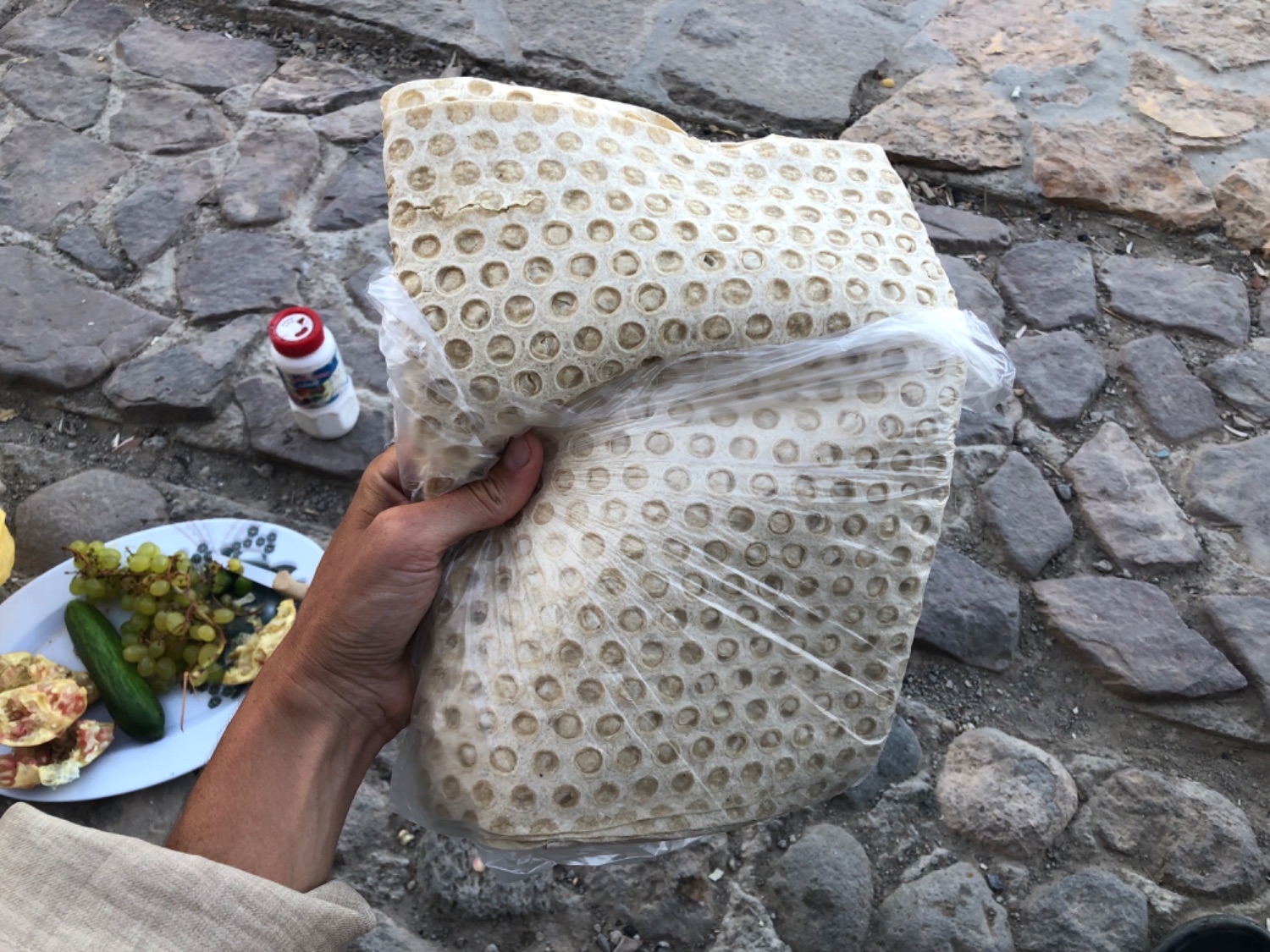 Lavash, or as we call it, Lego bread 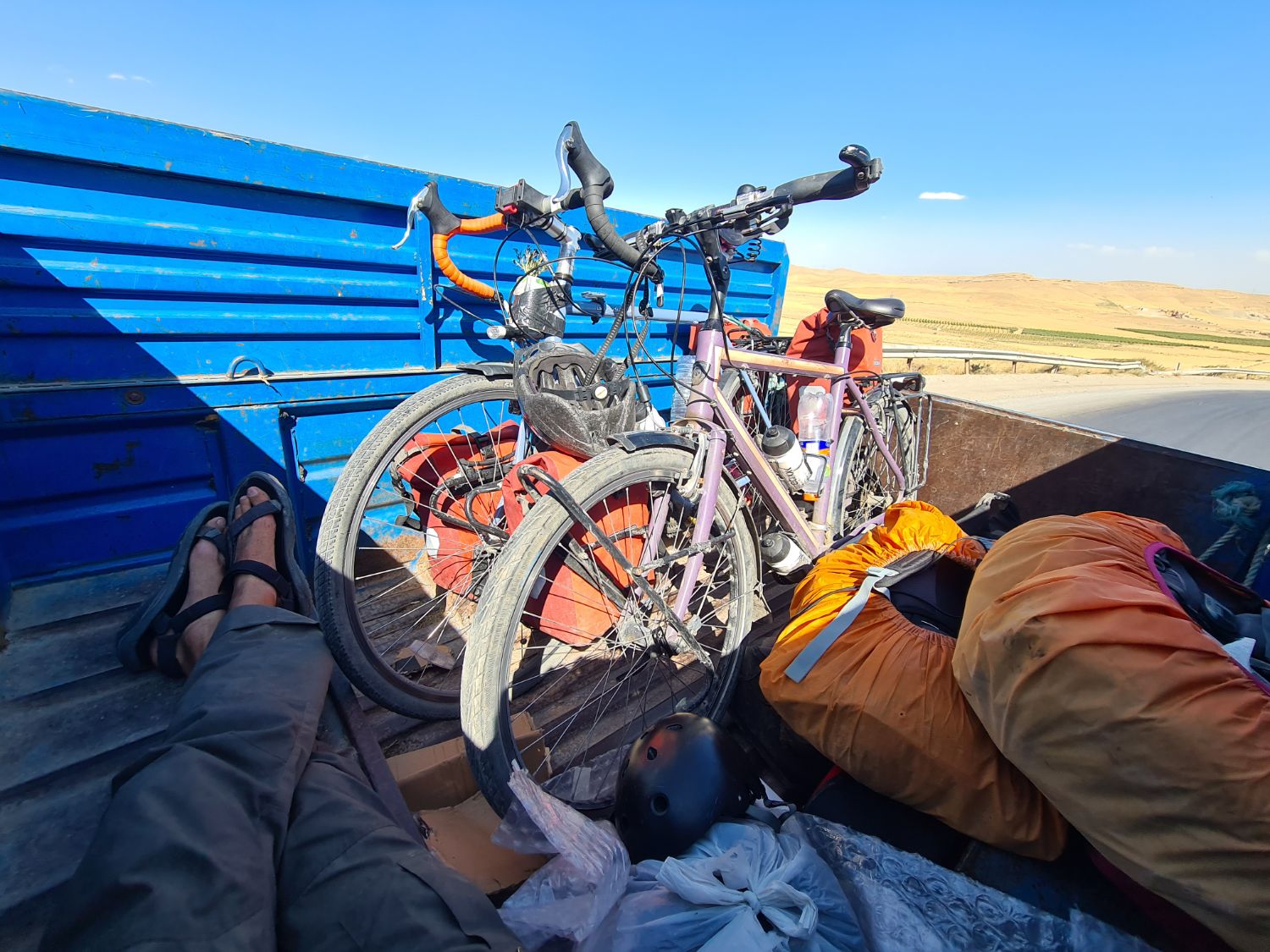 Hitchhiking is easy with all these trucks 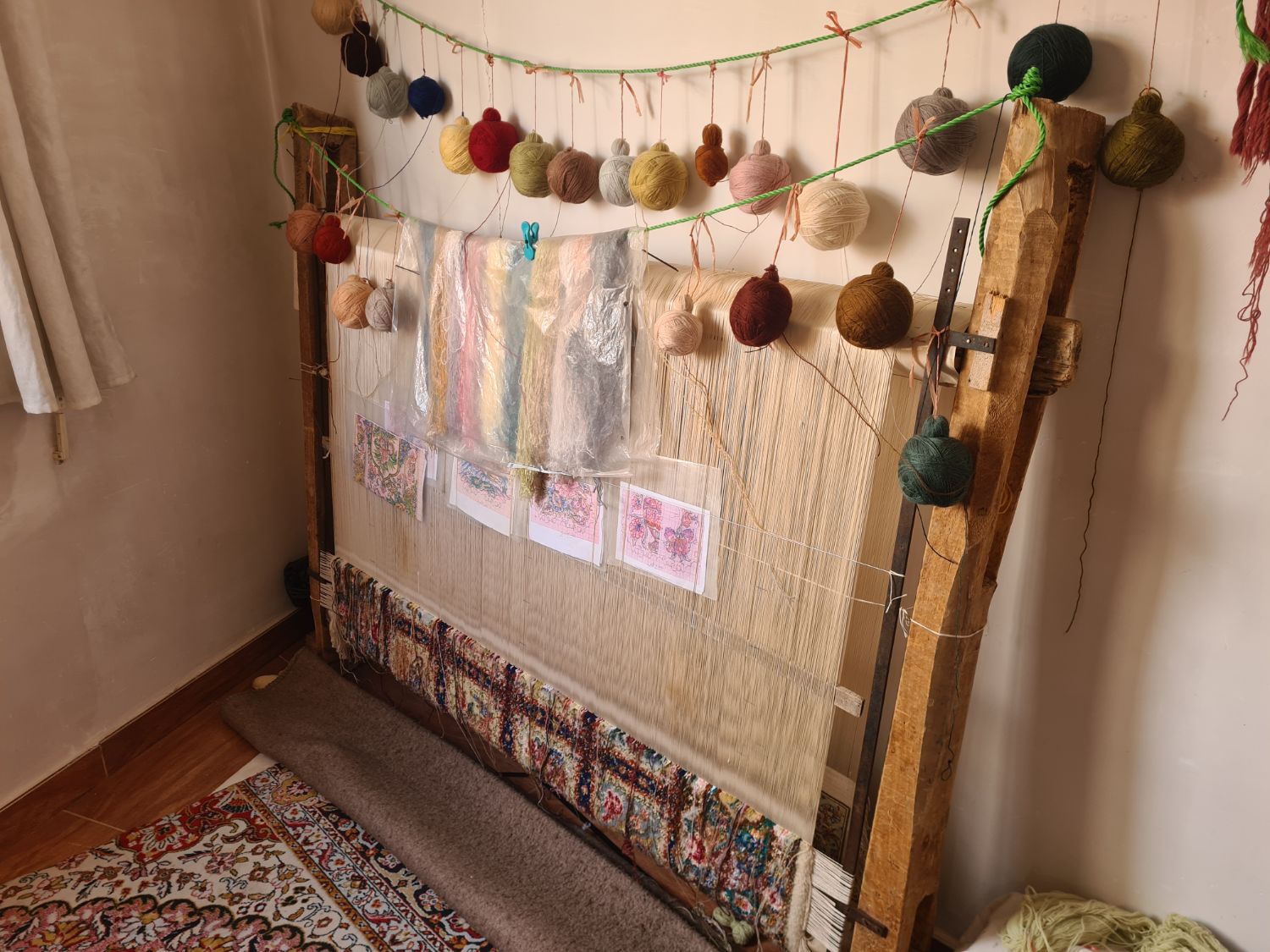 Carpet weaving, a project for a year or two 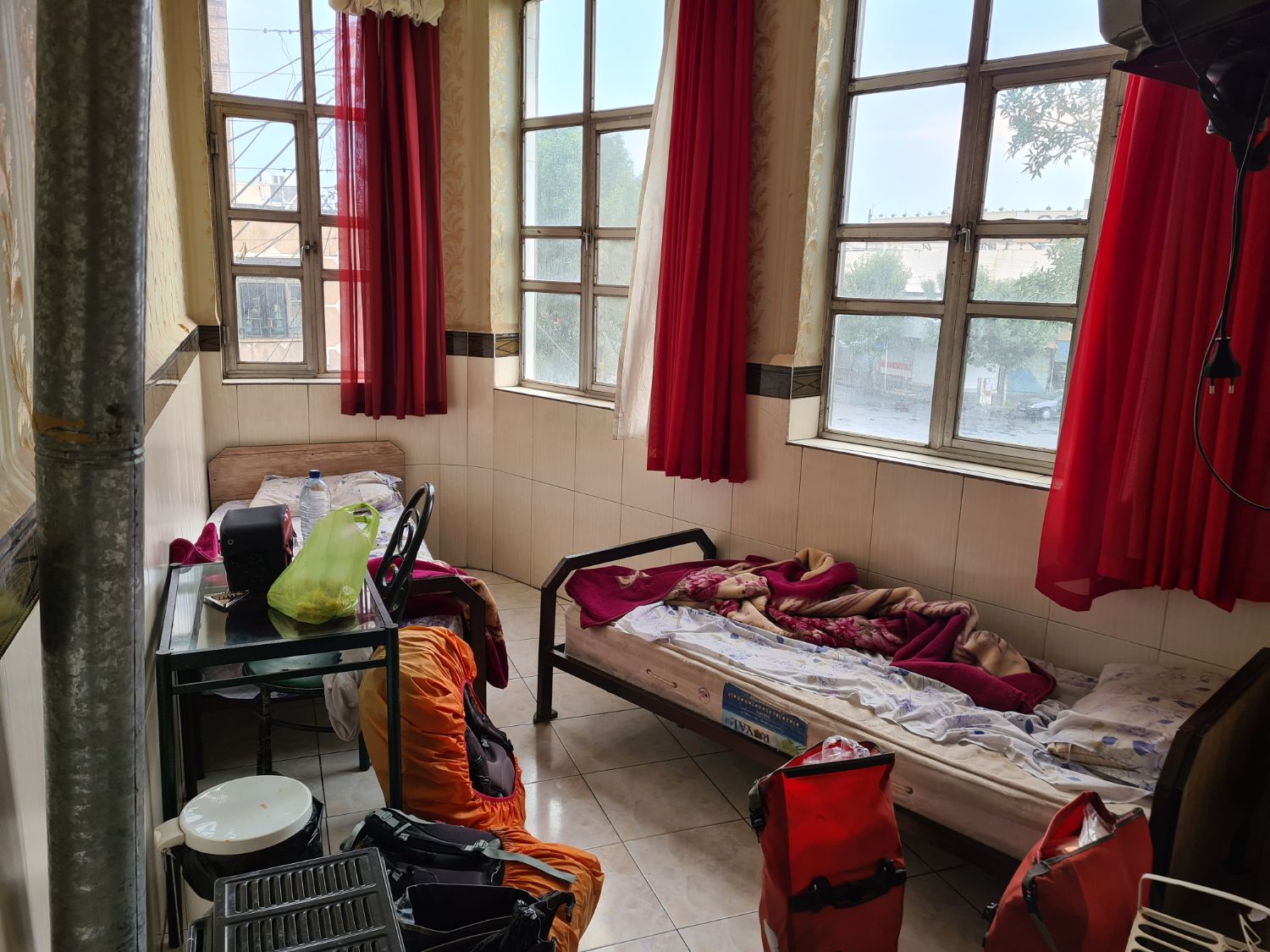 Not so cosy hotel 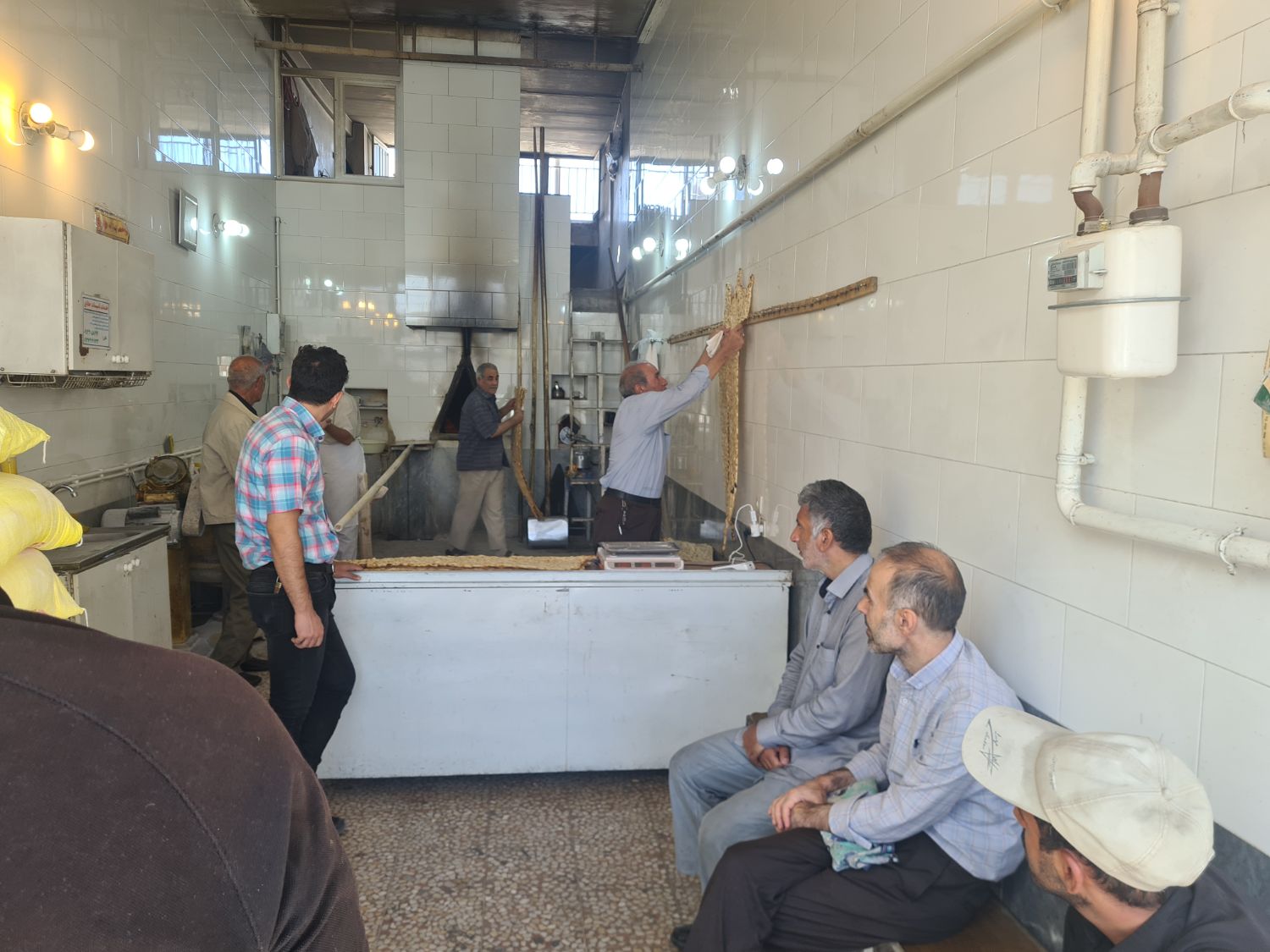 A bakery, with bread on hooks 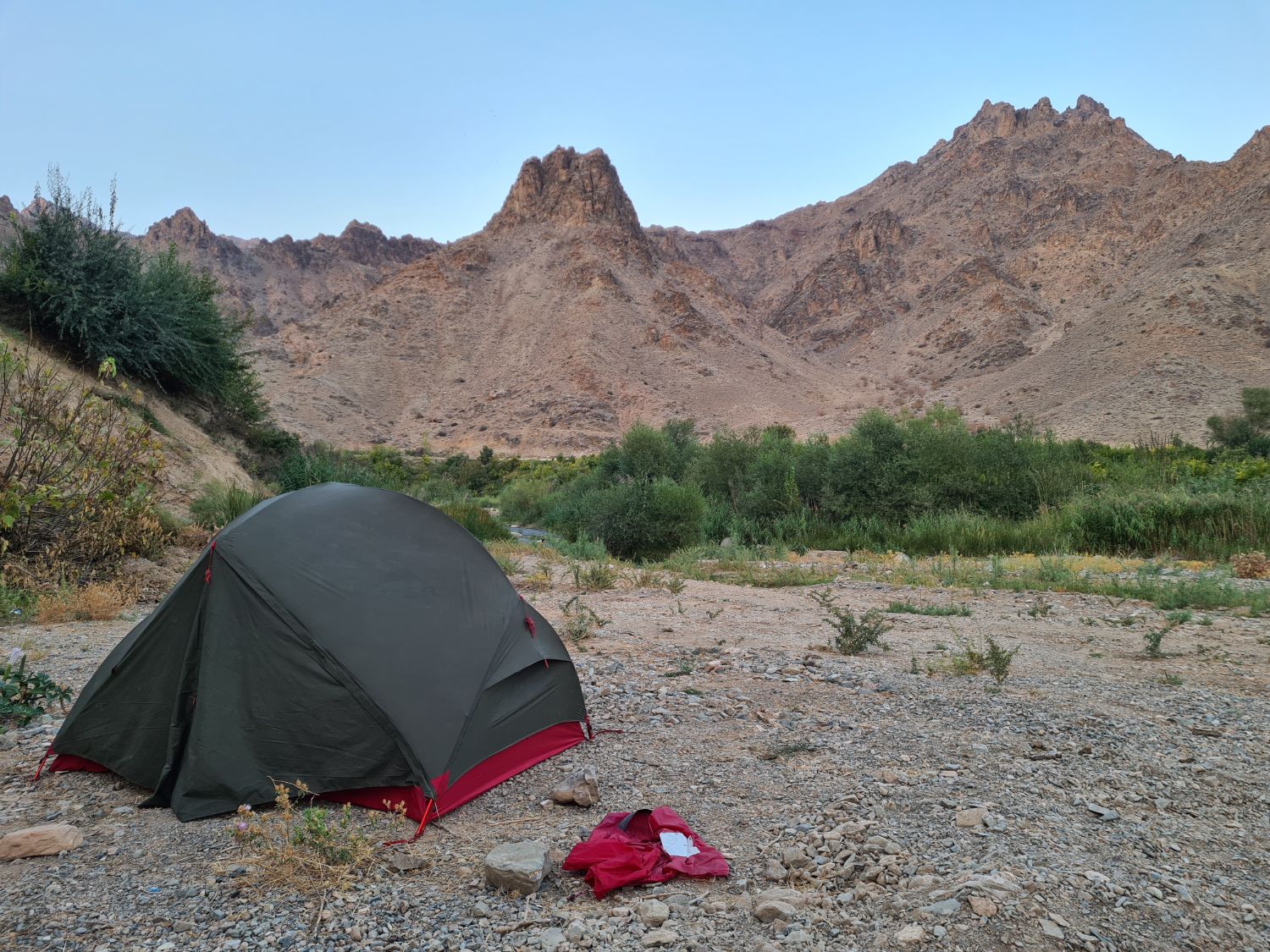 Our first night in Iran

The Blue Mosque in Tabriz