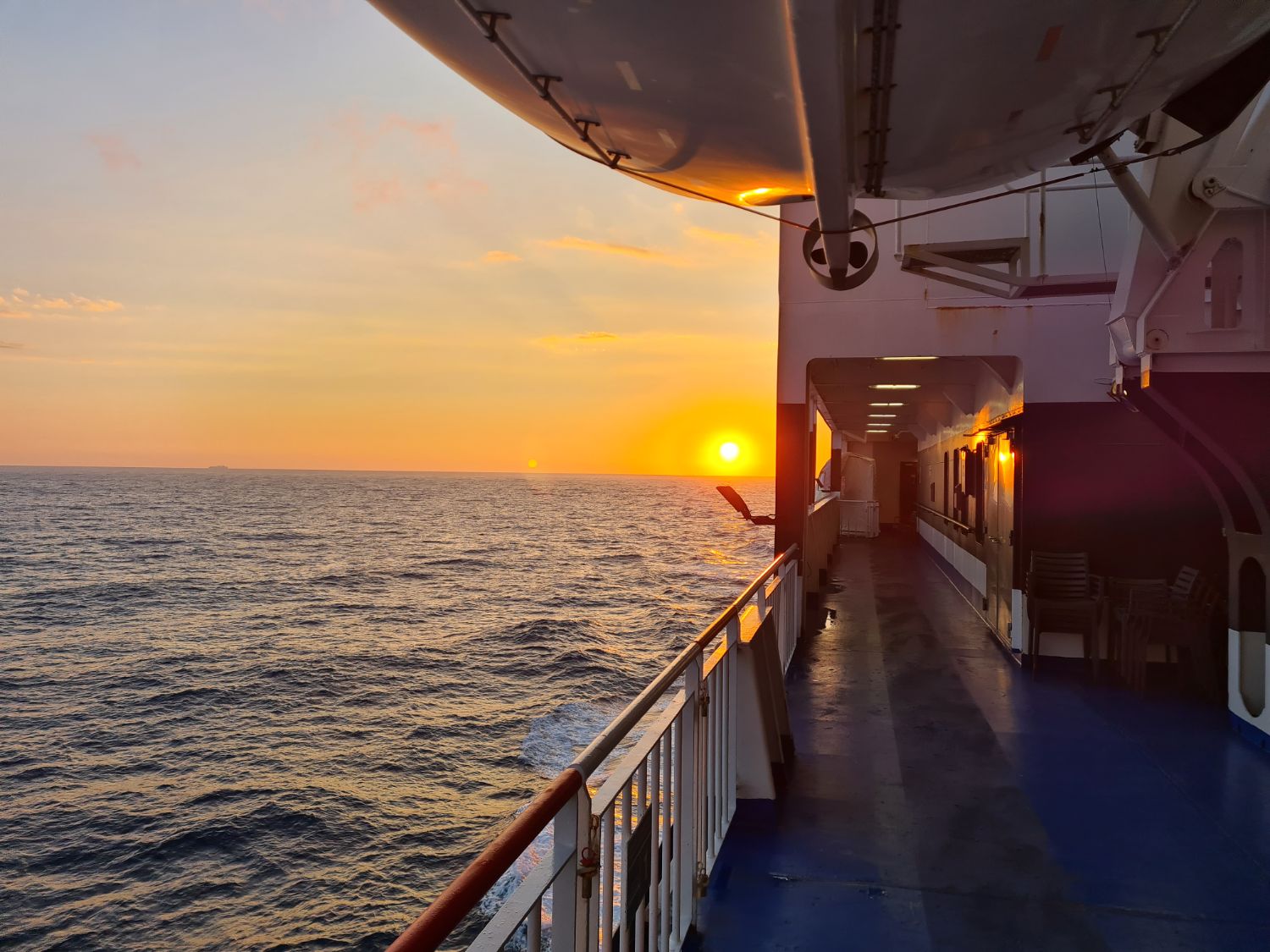 We made it to Morocco! It took about two months to travel here from Iran using a few trains, cycling over three thousand kilometres and, of course, taking a lot of ferries. Here’s a short update on how that went.

Travelling by ferry was definitely a unique experience. Every one of the 12 trips we’ve done had it’s own peculiarities. Some ferries were short, covering only about one or two kilometers, but most took us across whole seas during 15 hour long night trips. Some had almost no people, others a little bit, but always a lot of trucks and one even had trains! 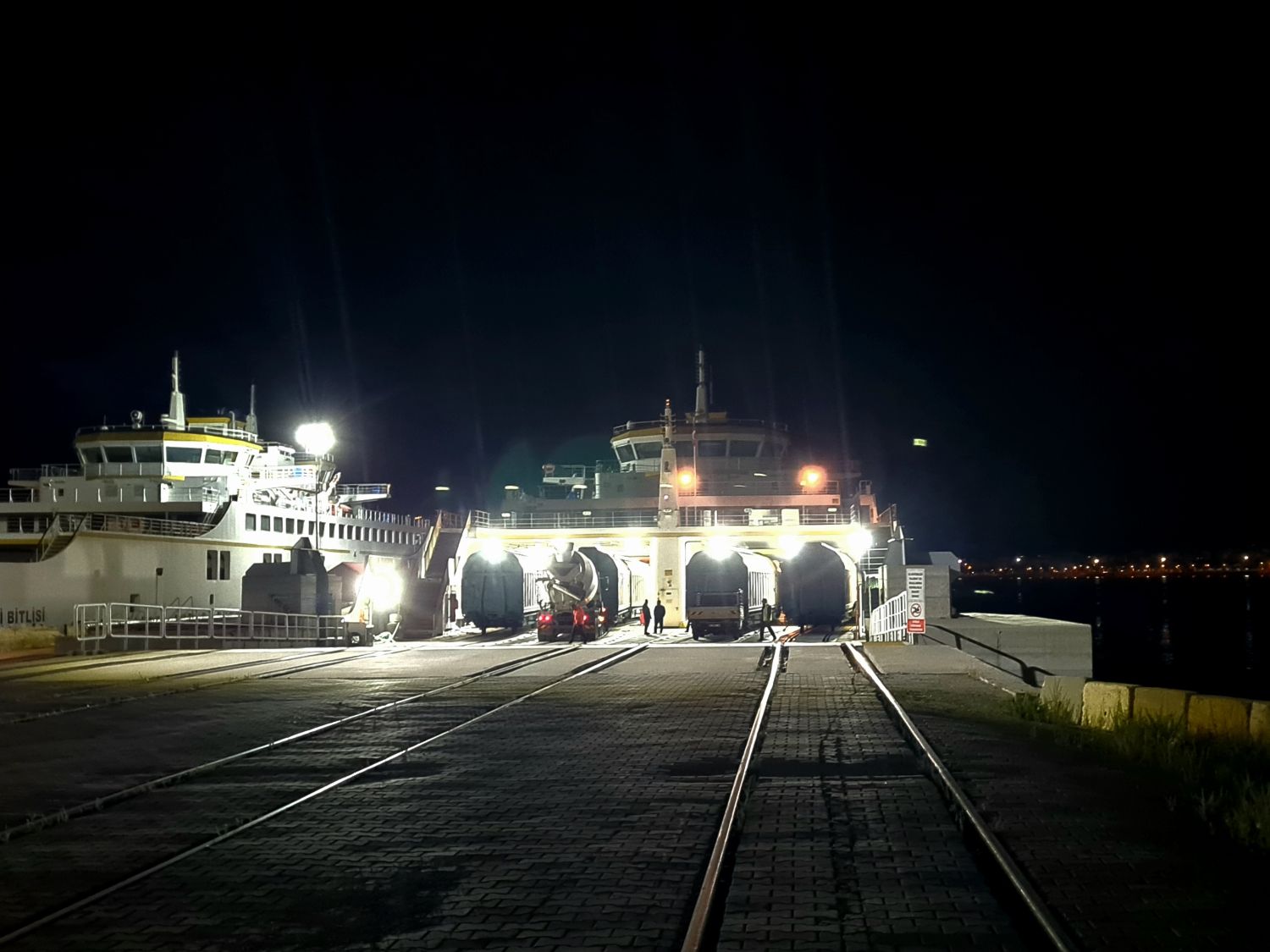 Trains on a ferry 😱

We soon figured out that the ferries were quite empty with passangers, possibly because of low season, but also because they probably get less and less popular, unless for freight, which seesm to be the main reason most ferries still sail. So, we always had a lot of space to ourselves. This was great because we always bought the cheapest tickets, which didn’t include a sleeping cabin. We ended up sleeping in the lounge, restaurant or even on the outside deck. It made for some funny “camp spots”. 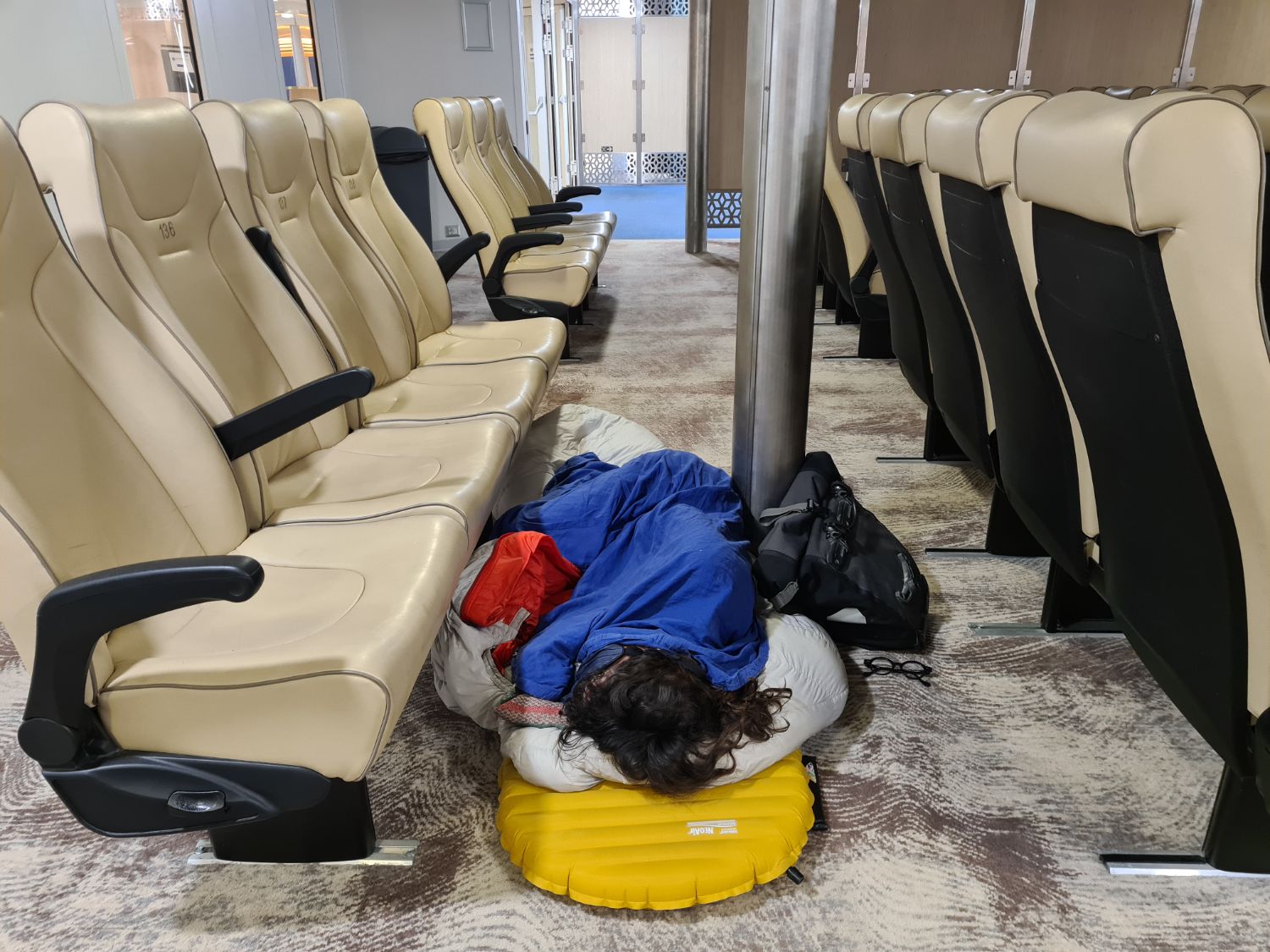 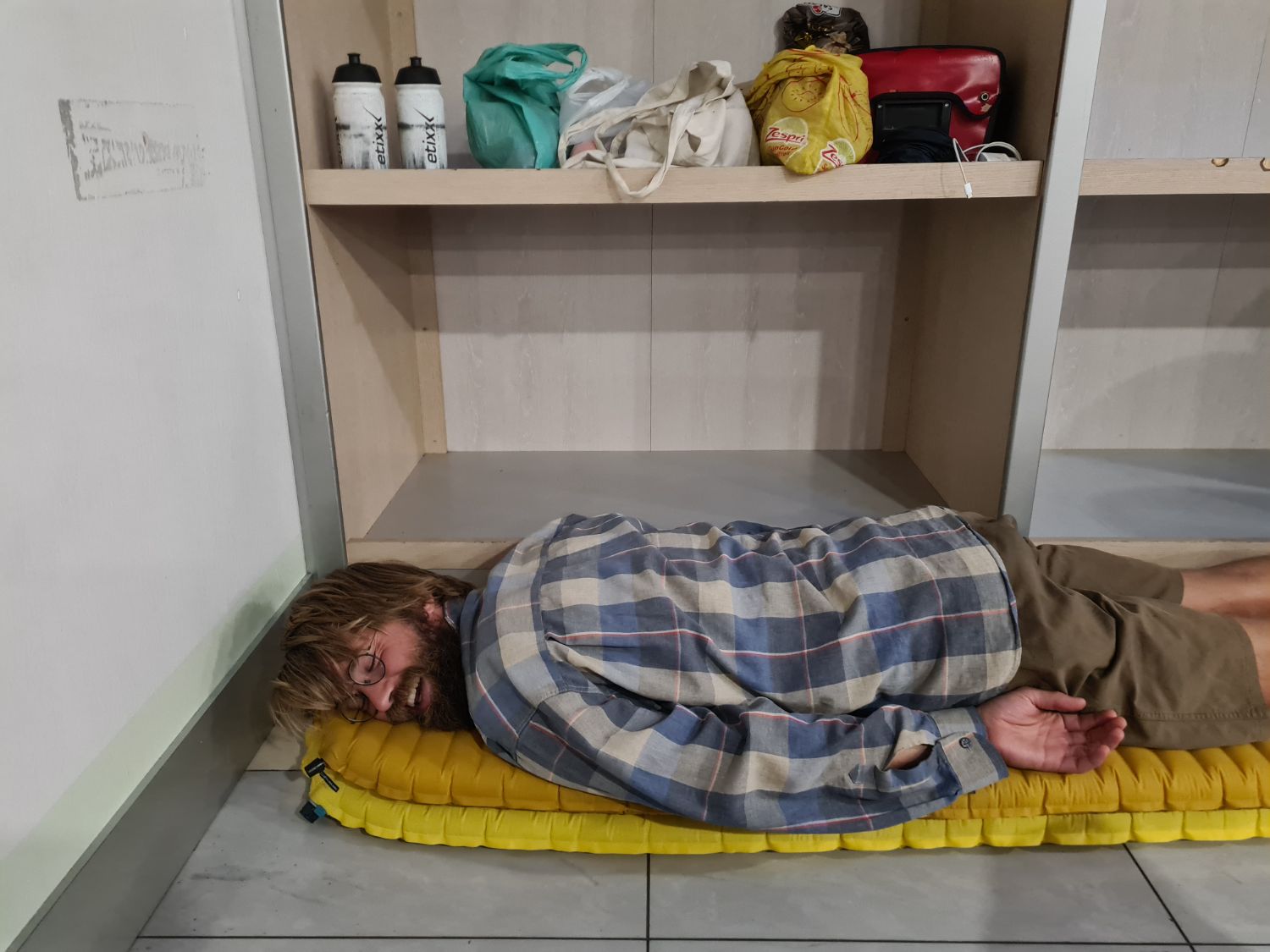 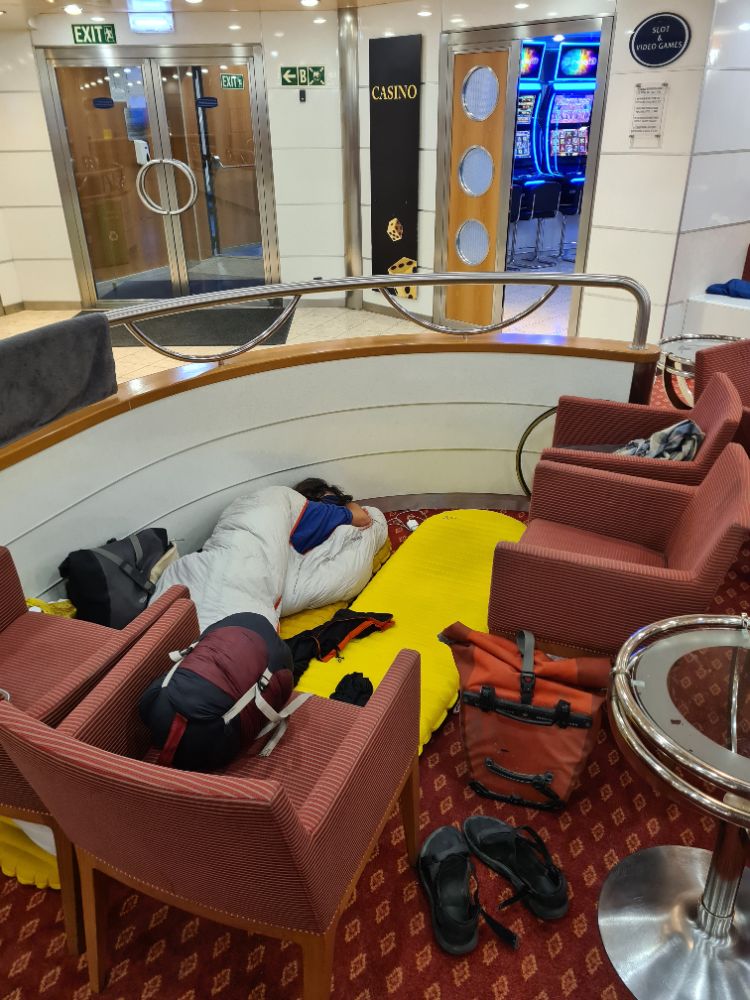 Along the way we had to adjust our plan slightly from time to time due to a couple of ferry cancellations and some discontinued connections which had stopped being serviced in low season.

We got stuck on the Greek island of Limnos, a small island in the north of the Aegean Sea. The original timing of the ferries was such that we would spend a day and a half on the island. This would’ve been sufficient since the island was only about 30 kilometres across.

When we were already there, however, we found out that the ferry off the island was cancelled and the next one would be a couple of days later. Thus we naturally had to resort to the slow life of the island. 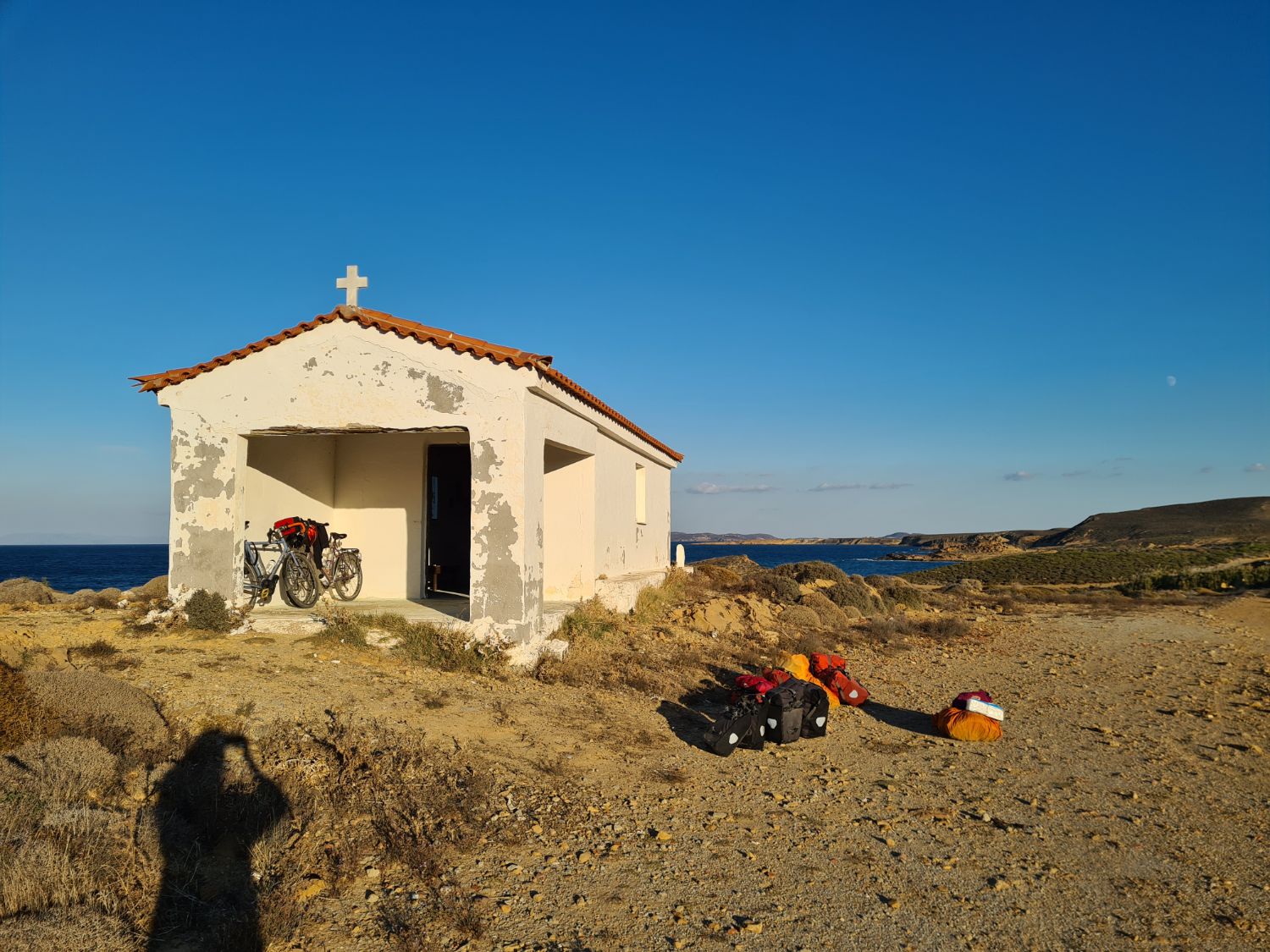 Sleeping inside a small church 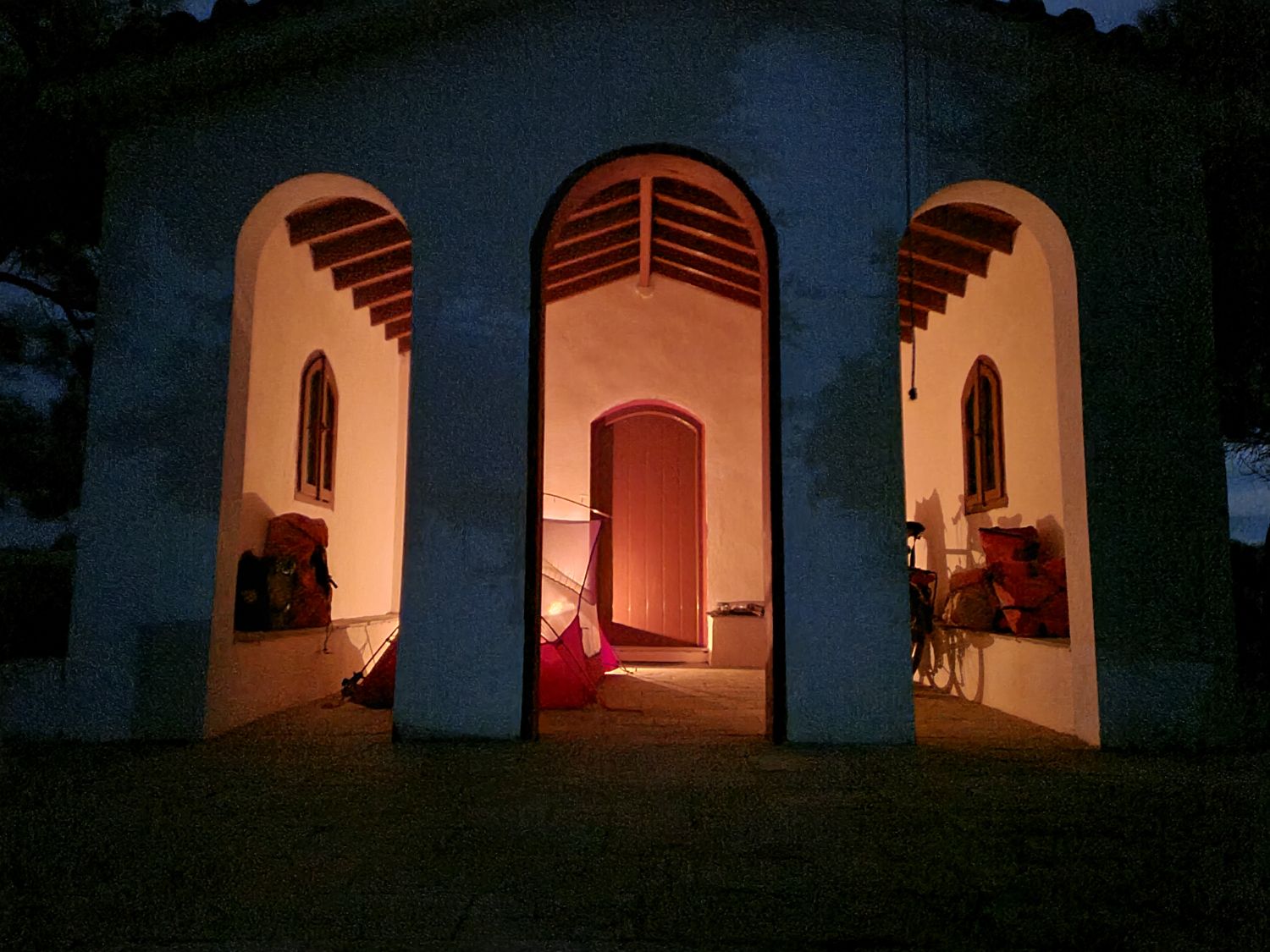 Another camp spot in a church patio

The ferry from Porto Torres, Sardinia to Barcelona was the most unique of them all. Or rather “cruiseferry”: a mix between ferry and cruise. We got treated with a swimming pool (empty), a wellness center (not our thing), a live performance (not very in tune) and a disco (empty, except for a few lounging teenagers). 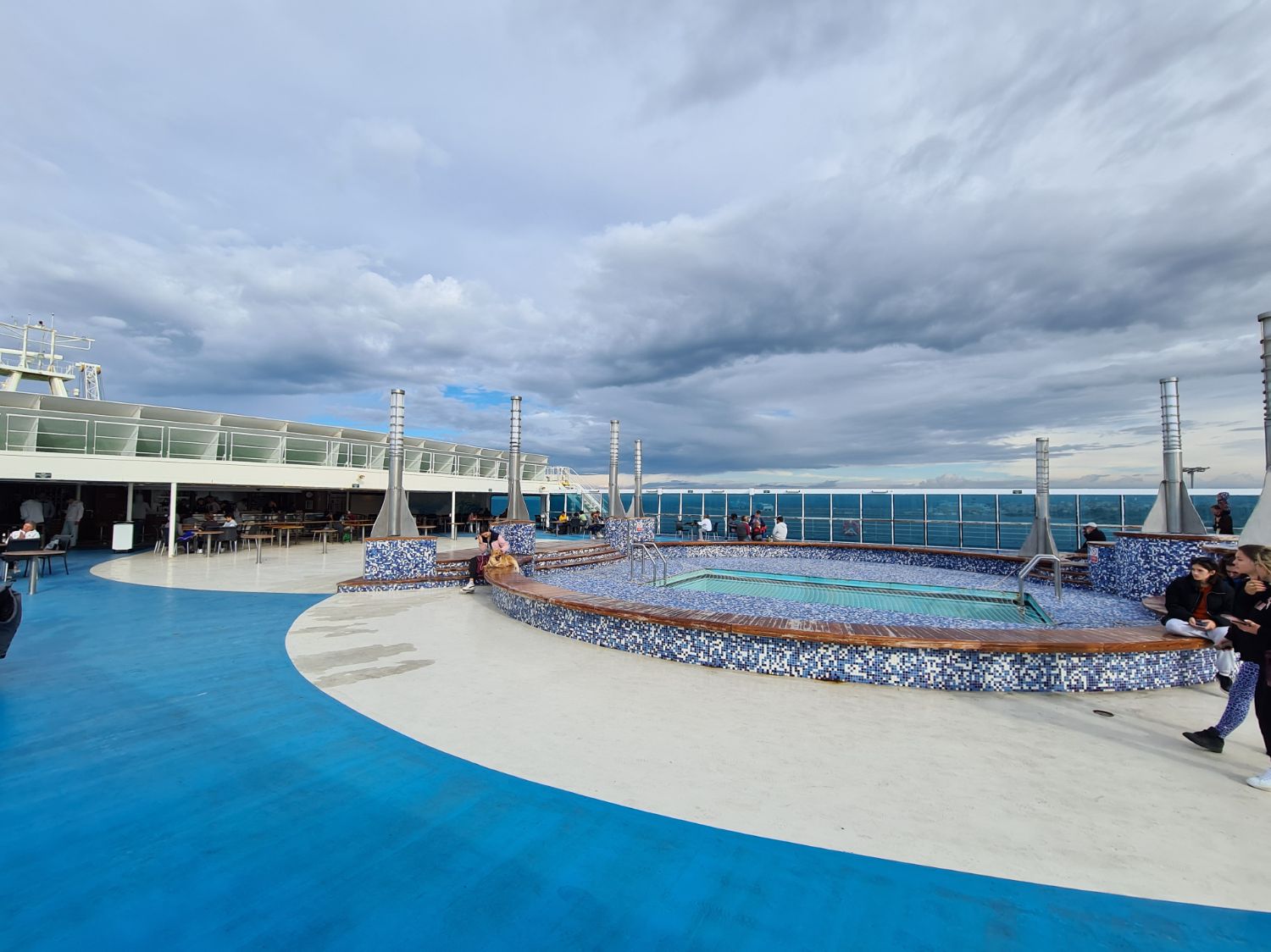 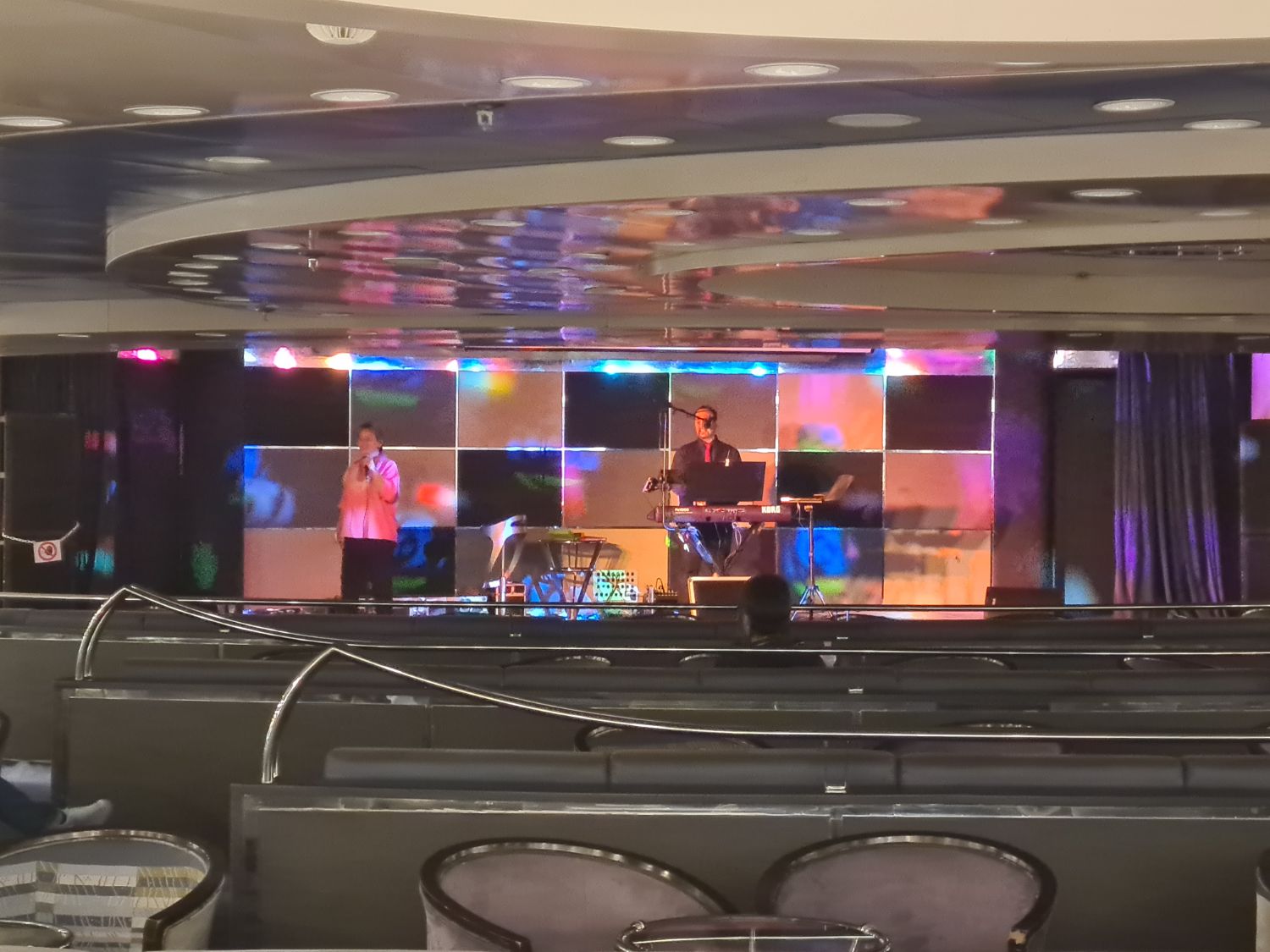 We needed to adjust a bit to travelling in Europe again, especially in terms of budget, but also for the culture. On the other hand, it definitely had its advantages too (e.g. cycle routes!).

The first thing we had to do was to recalibrate our budget. No more buying bread for a 20 cents or drinking tea on every street corner for less than that. We also had to resort much more to free camping instead of relying on generous invitations, or simply being able to put the the tent anywhere. Don’t get me wrong, people are generally still very friendly but they would rather show you the way to the nearest camping or hotel than offer a spot in their garden. Despite this we still manage to not paying anything for accommodation all the way from Van, Turkey to Barcelona through a combination of (wild) camping and a few nights through Warmshowers. We did spend a few nights on the ferries though :-).

Our biggest cost in the last two months was definitely the ferries. Although most were reasonably priced, it was still a big chunk compared to getting somewhere by bicycle ;).

Between the ports we managed to cycle more than 3,000 kilometres spread out over Greece, Italy and Spain. Of those, it was Italy which surprised us the most.

Many cyclists we met on the way were not too fond of Italy with its busy roads, crazy drivers and dirty environment. Fortunatly for us, we apparently cycled a very different part of Italy. Our experience was the exact opposite even. With very quiet roads and drivers who were very considerate of cyclists. Probably because southern Italy sees a lot more road cyclists than the north. There were even signs warning drivers for “cicloturista”. 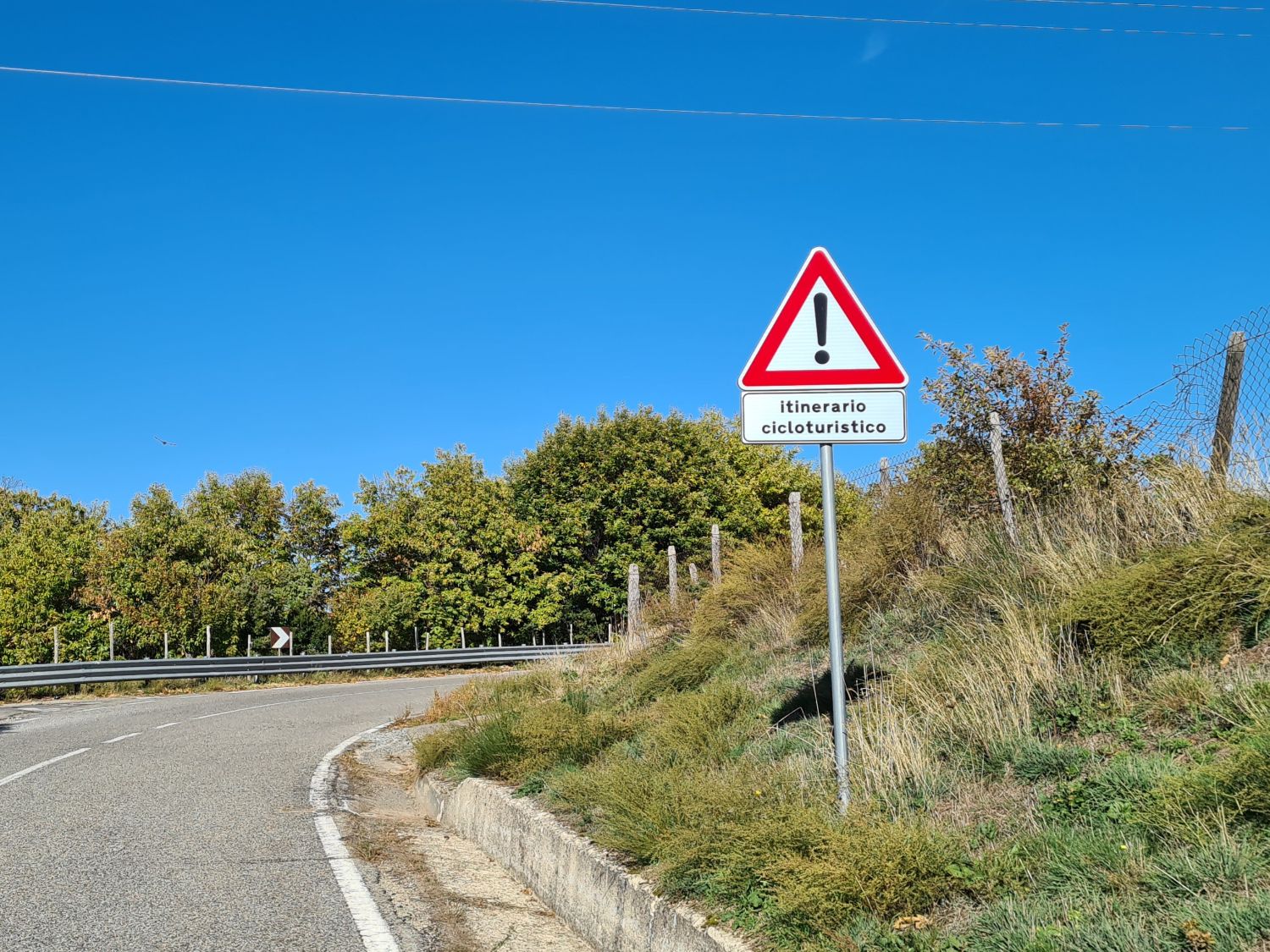 We cycled through the provinces of Puglia, Basilicata and Calabria and the islands of Sicily and Sardinia. On the mainland we found a very nice cycle route, the “ciclovia dei parchi della Calabria” which took us on quiet mountain roads between small villages and through several national parks. 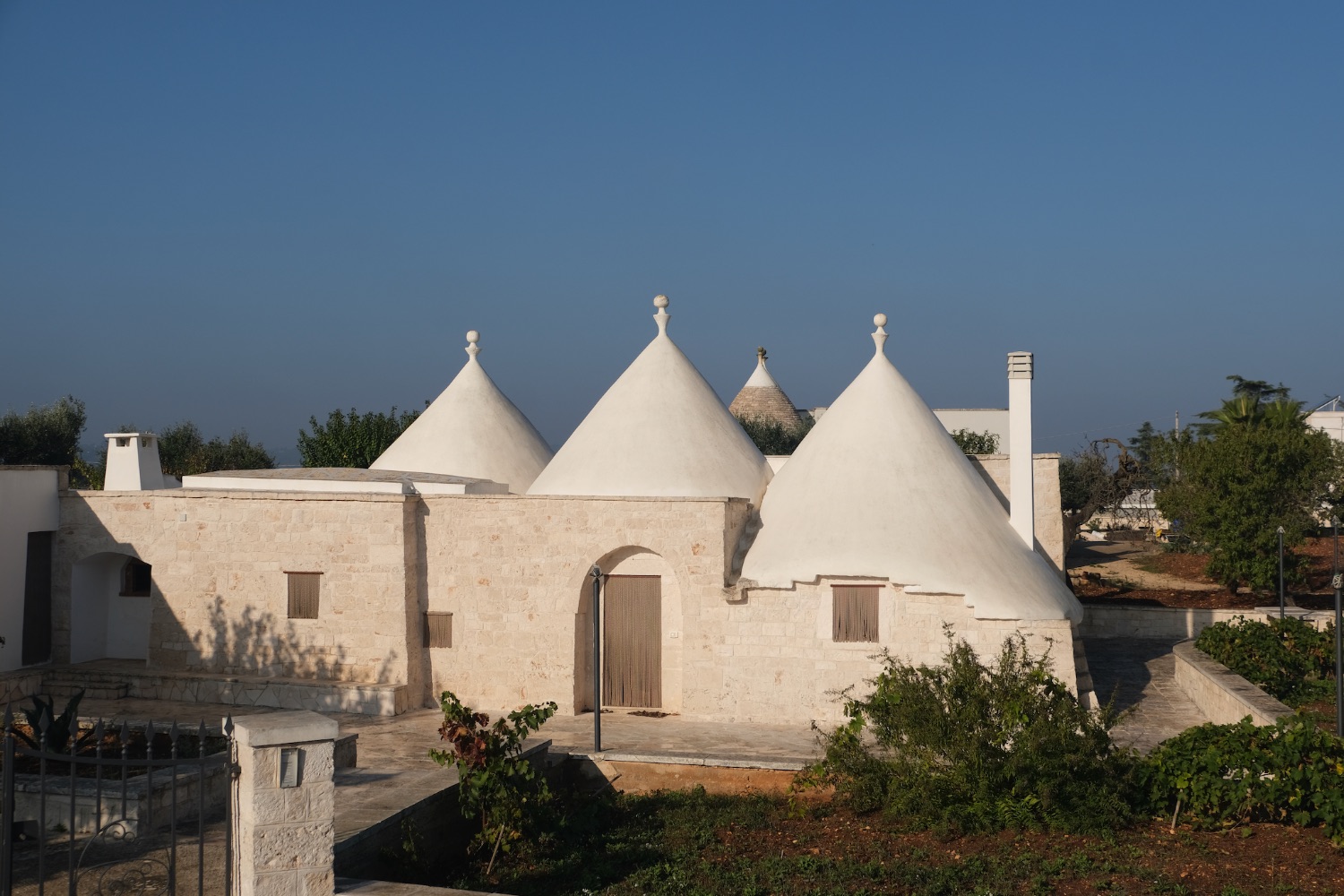 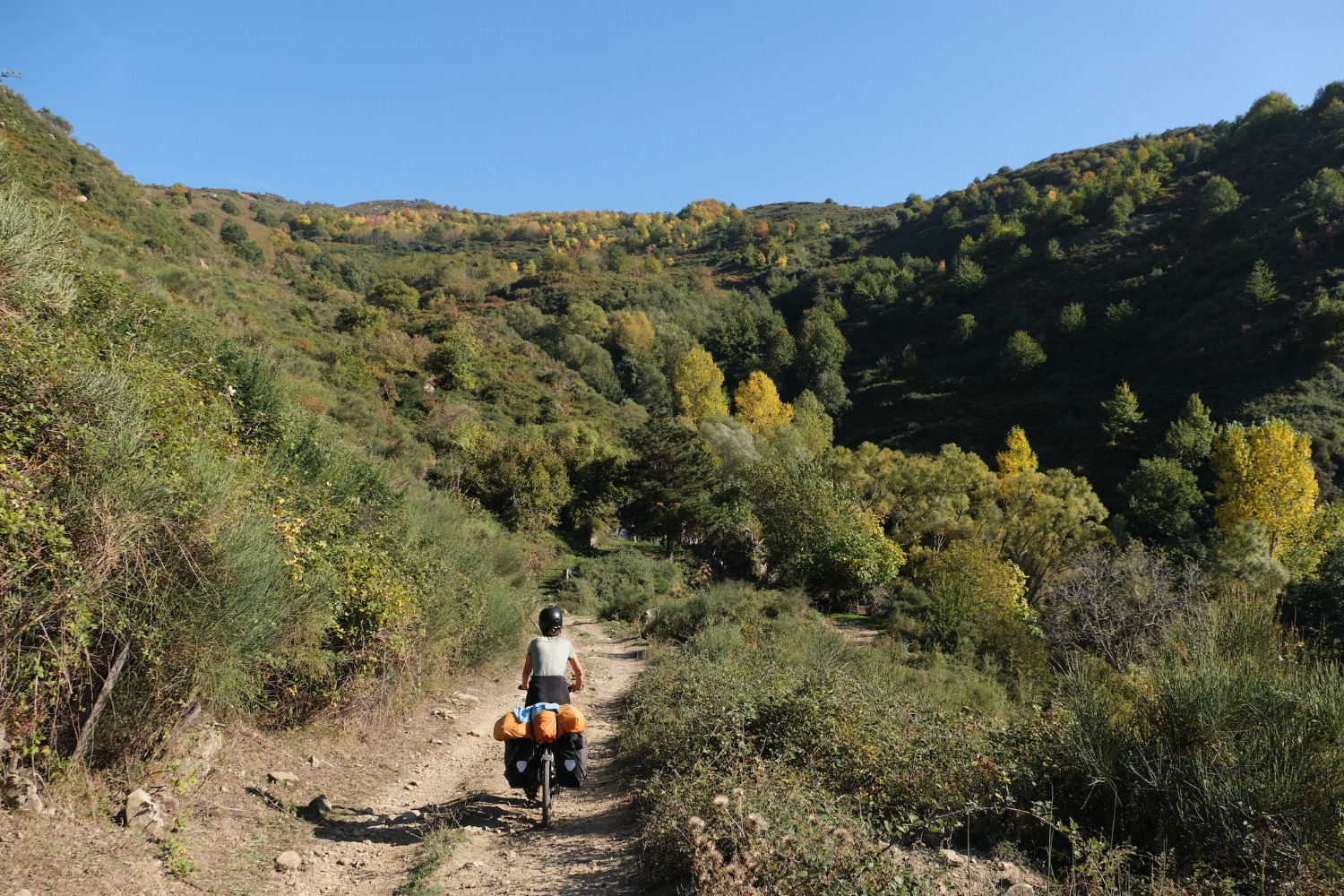 And so we arrive at the last episode of our trip: Morocco. We’re happy we came up with this plan and enjoyed the cycling and "ferrying" to get here. It is the last "far-away" place we go.

We’re planning to stay in Morocco for about two months before we head back to Europe and finish our trip by crossing Spain and France. See you all soon! (Or sooner: if you want to join us for a stretch in Spain or France, let us know). 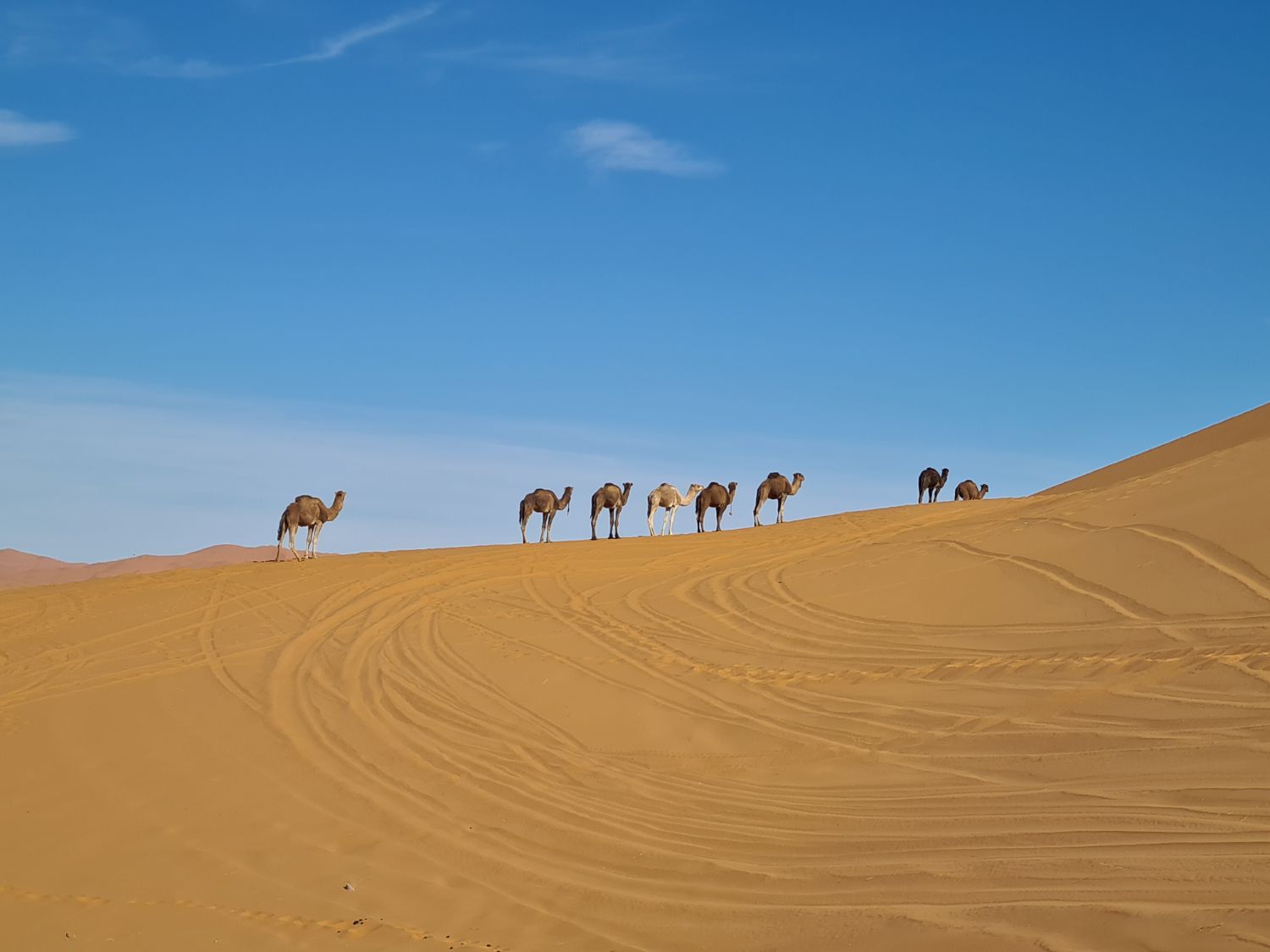 Camels in the desert 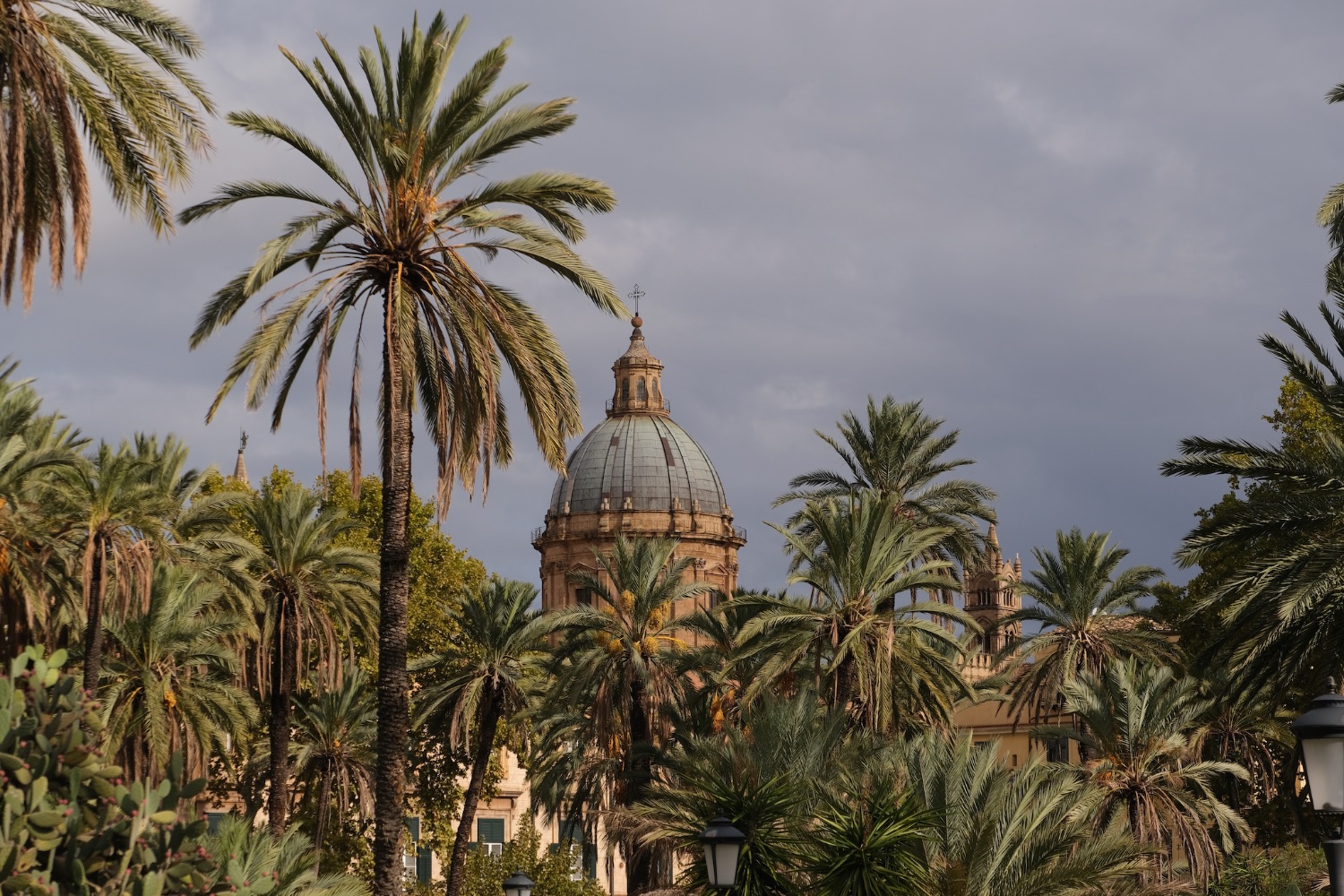 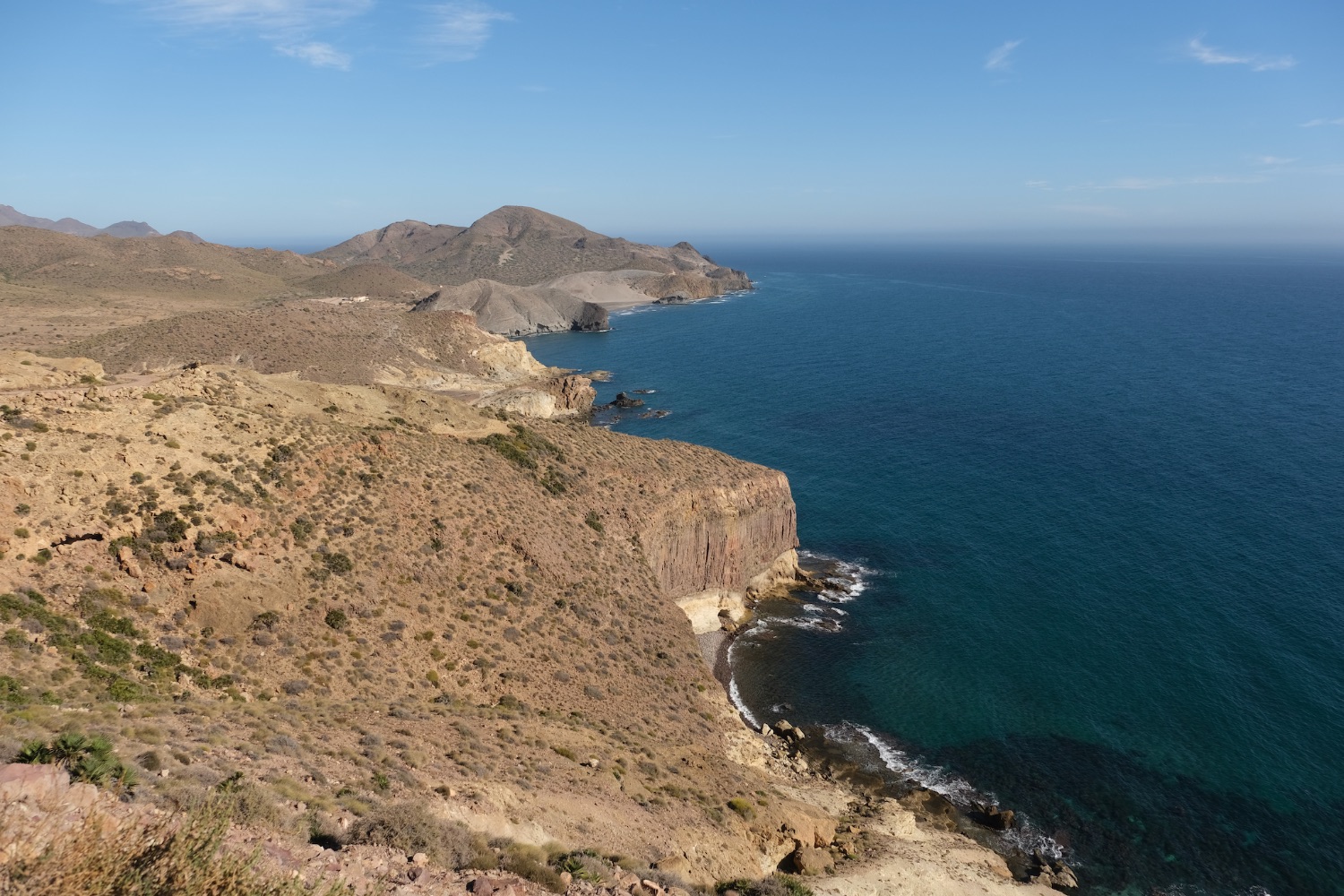 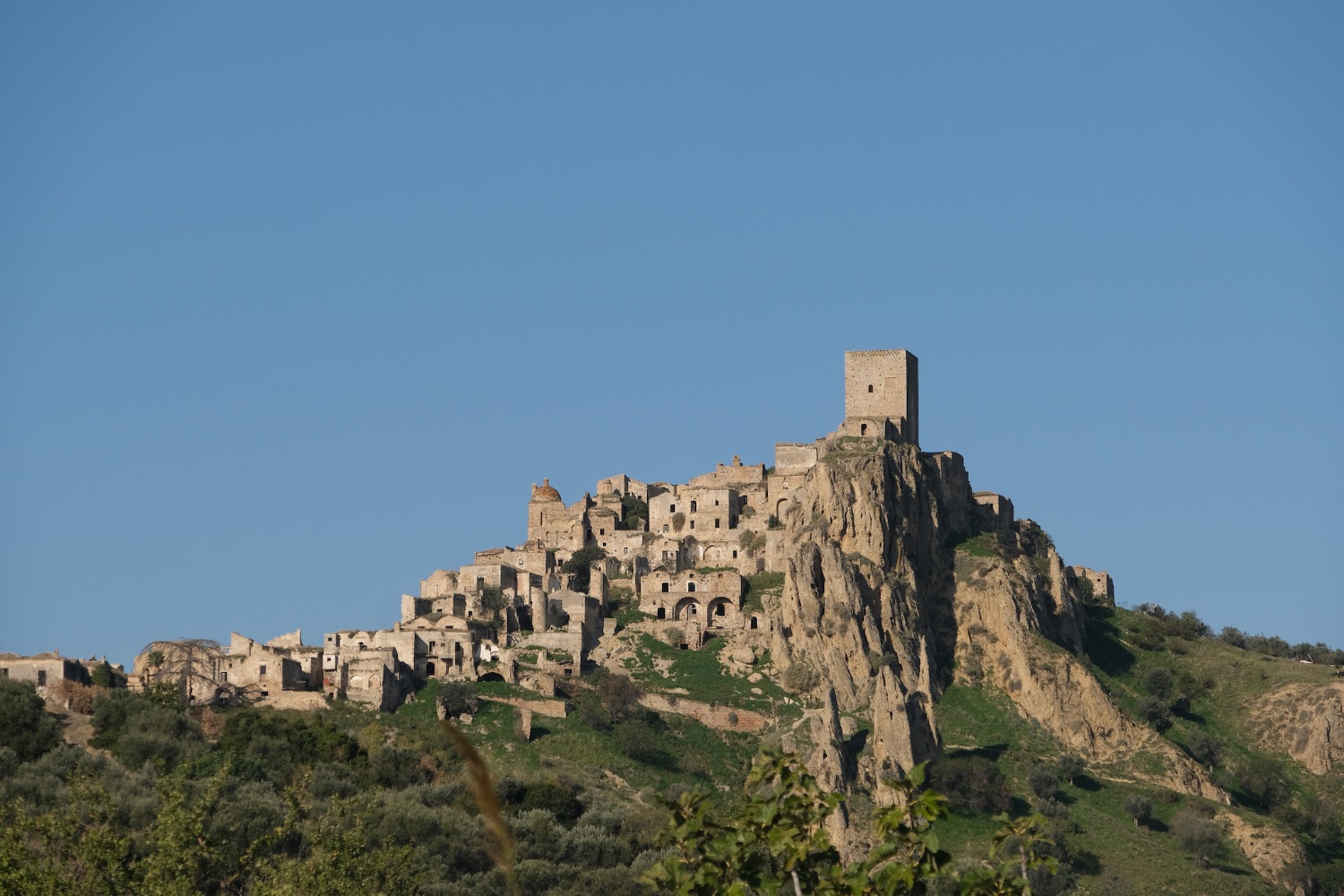 An abandoned village on a hilltop 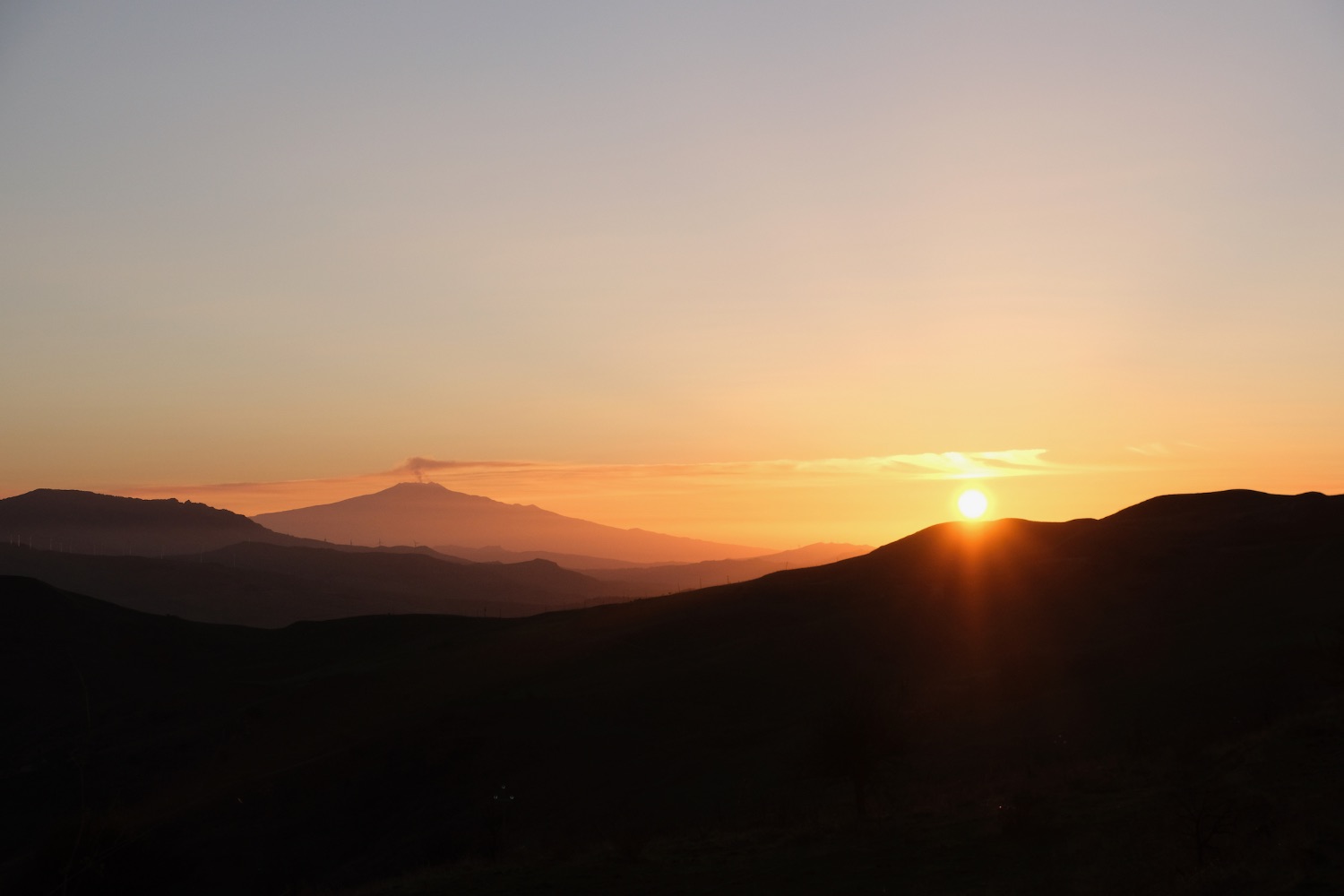 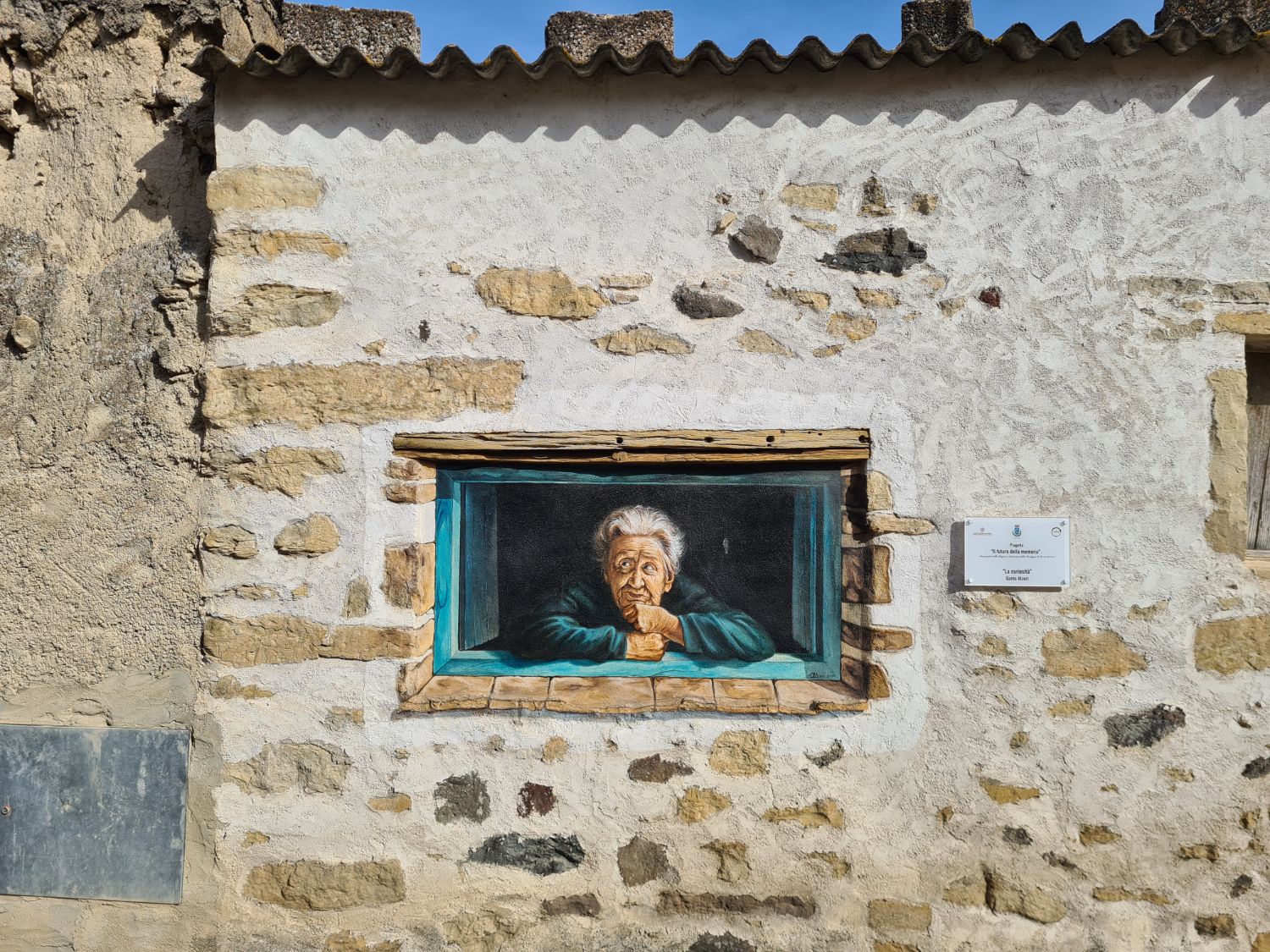 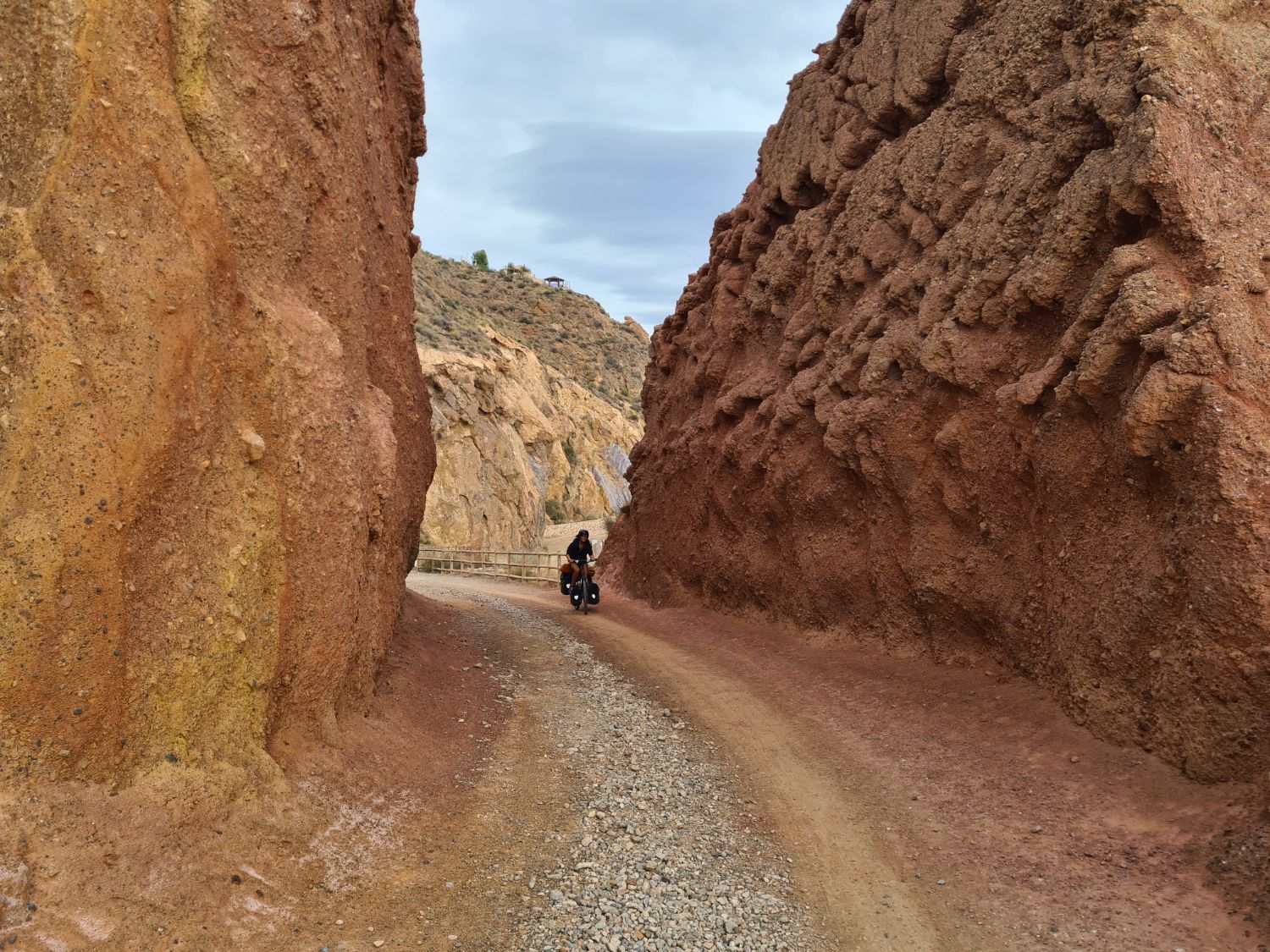 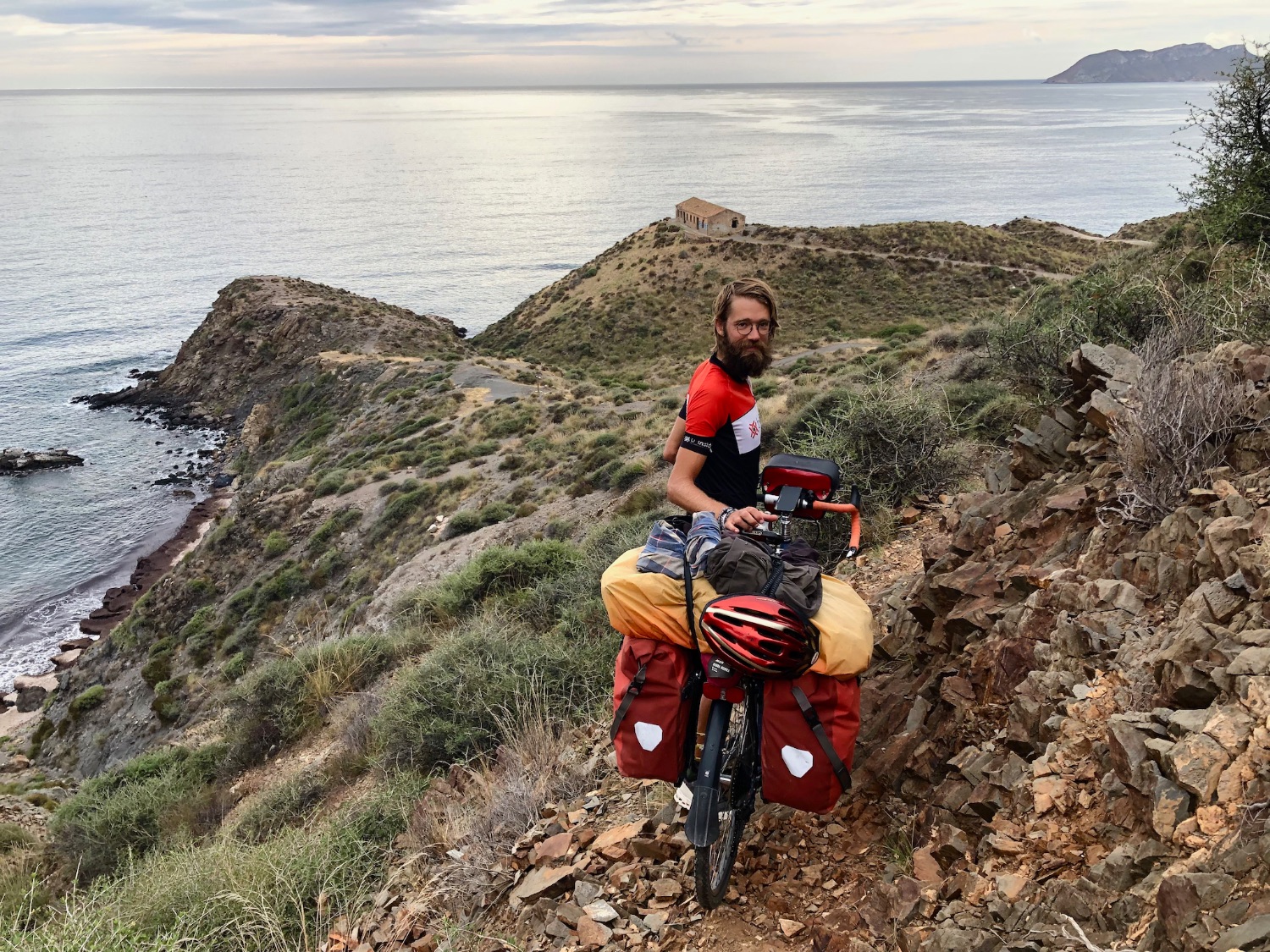 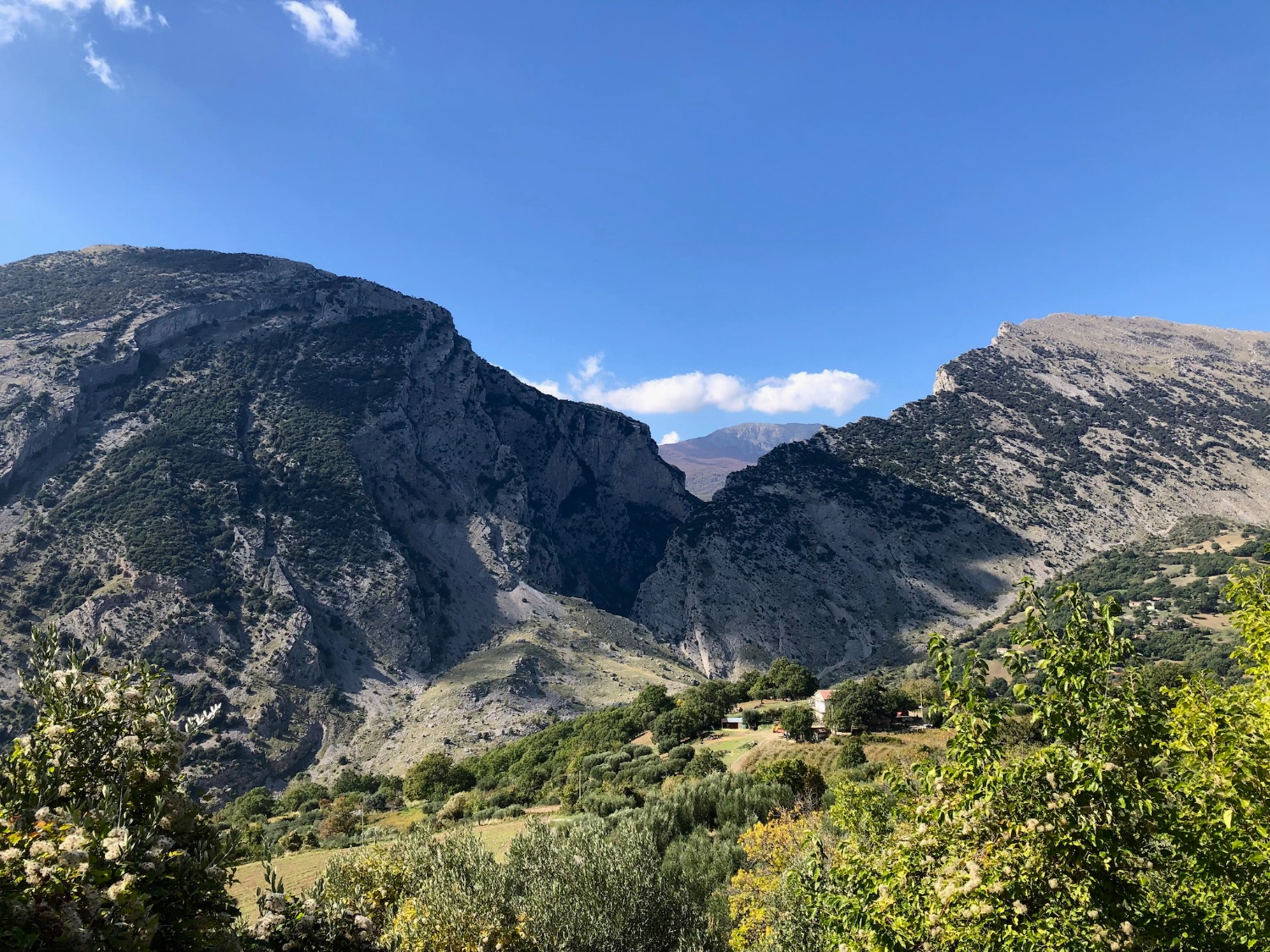 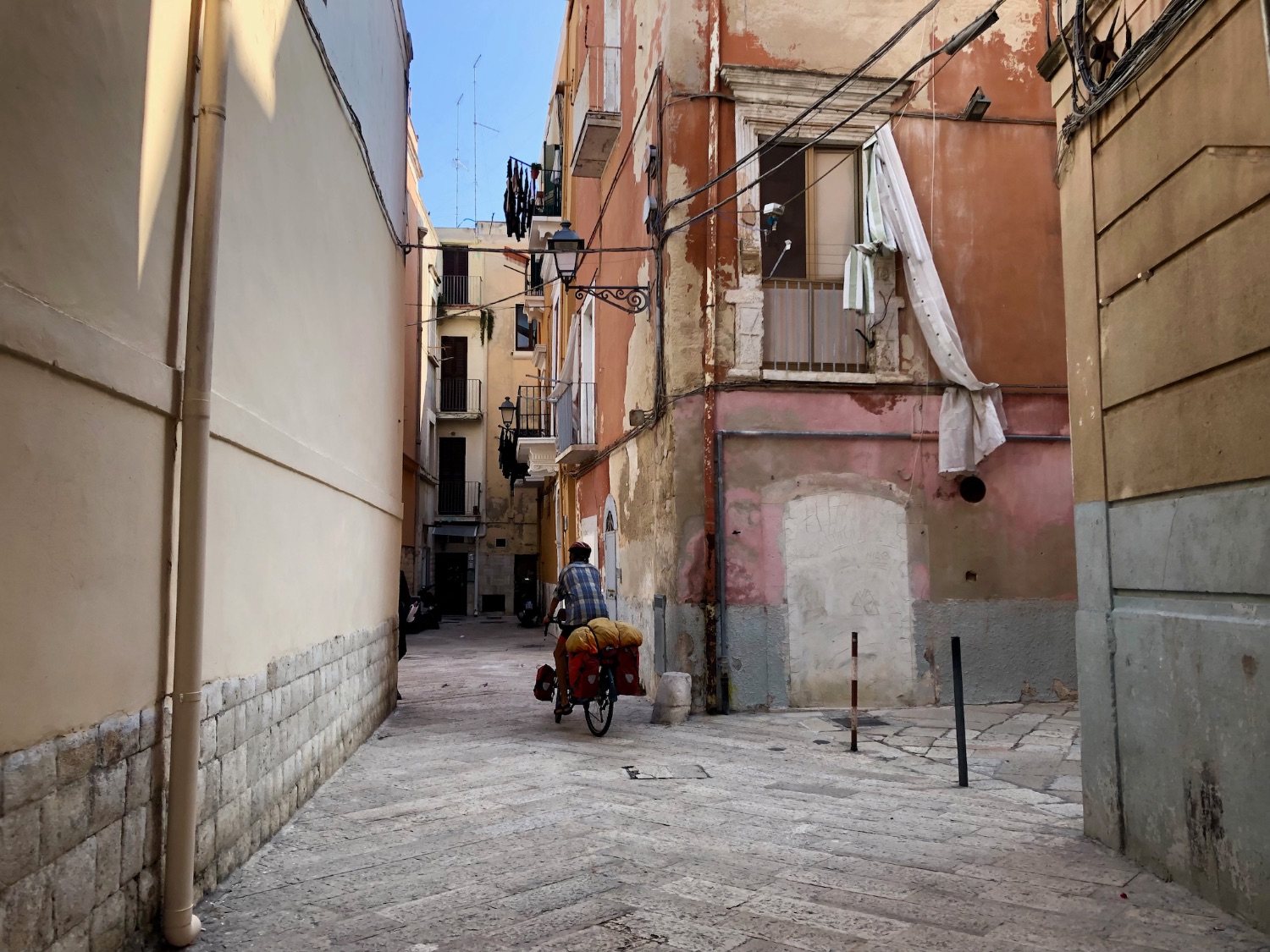